We caught up with the newly-launched Viva artist, and she talked to us about life under quarantine, her newfound hobbies, her family, and how she's been keeping up with work these days

And it's not only that she has discovered her cooking and baking superpowers while under quarantine, or that she's an introvert who misses human interaction these days.

She's Viva Artists Agency's newest talent, the latest credit to add to her glowing resume! Viva will be in charge of her modeling projects here in the Philippines.

So happy to share that I’m now represented by @vivaartistsagency in the Philippines!! 💗

Kelsey made the big announcement on June 14, and held her very first virtual press conference as a Viva talent earlier today.

We caught up with the global Filipina fashion model and Metro.Style cover girl in the online event, finding out everything and anything from her newest hobbies, everything she misses, and how she stays in touch with those she loves the most during these trying times.

Kelsey Merritt Proves That Stretch Marks Are Nothing To Hide

"It's been really quiet. I haven't really seen a lot of people since quarantine started. I haven't been traveling at all," she begins.

It's a massive change from where she was at just a few months ago; ever since she walked the Victoria's Secret runway a year and a half ago, projects have poured in from left and right, opening doors for her that aspiring international models would die for. Sports Illustrated and Vogue have also featured her with more partnerships on the horizon, and then, just like that, COVID-19 decided to step in and steal the scene for Kelsey and the rest of the world.

In place of runways and dressing rooms and sets, Kelsey now has her apartment and her kitchen to wake up to every day.

"I'm an introvert and a homebody so I usually love staying at home. And during the first part of the quarantine, I just thrived because I was like, 'This is what I love to do—just being at home and cocooning.' But after, like, the second month, [I said], 'Okay, I need human interaction. I cannot take this for granted,'" she continues.

To help ease the burden of going through weeks at a time with little to no opportunity to be out and about, Kelsey has been so into two things: cooking and baking!

And she means cook and bake a lot.

"I would wake up everyday and my purpose for that day was to cook and bake. I never had the time to cook for myself, because I was always traveling, and I couldn't do groceries... I was cooking so much and I love it so much. I wish I had more time to do that on my normal schedule," she shares.

Her specialties? She loves cooking Filipino dishes, like sinigang and adobo, and some recipes that are distinctly Kapampangan (she hails from the province of Pampanga). She also learned how to make her own pandesal!

She goes on to tell Metro.Style, "You wouldn't believe this... So, toilet paper was selling out in the States, hand sanitizers were selling out, but one other thing was all-purpose flour. I couldn't get flour anywhere so as soon as I was able to buy one, [I said], 'Okay, I'm making pandesal.' I'm craving it so much. When I would go home, I literally tell my mama, 'Please, go to the store in the morning and buy pandesal...’ And the thing is, every time my mom goes out, they don't have it anymore kasi parang they go at around at 7a.m., and you have to go at 6 a.m. You have to go so early to get pandesal. So I made it. It was so good, fresh out of the oven, so crispy on the outside and so soft on the inside. It's so hard to do, you have to,  like, let it rest then form into a bun and let it rest again. It takes so long."

Made some Filipino pandesal today and I’m so happy with how they turned out! It was my first attempt at making bread- it’s pretty hard! I was worried the whole time if my dough was going to rise or not. Googled & learned so much about how yeast works😂 This is my favorite Filipino bread that I love having with my coffee for breakfast!☕️ I’ve shared on my stories the recipe that I used💕

Her boyfriend, Olympic swimmer Conor Dwyer, has definitely been enjoying the feasts and little treats that Kelsey has been whipping up, seeing as they've been quarantined together along with their doggo, Pablo.

But despite the close company she's had over the past months, Kelsey's thoughts still go out to her family back in the Philippines. She has kept in touch with her sisters and her mom, paying no attention to the time differences every time they catch each other online.

"Luckily, two of my sisters stay up till, like, 5 a.m., so I get to talk to them at ungodly hours. It's afternoon here, and I get to talk to them, whereas my mom, I usually talk to her at night or in the afternoon. She wakes up really early. So it depends on who's up. It's usually at night," she says.

As the US continues its lockdown and is opening up only a few industries at a time, Kelsey admits that there are a million and one things to miss about pre-COVID-19 life.

Nights out, meals with friends, work, traveling, the simple act of going to the grocery and finding exactly what you need without product shortages—all of these things feel like they're from a different world altogether, but Kelsey chooses to stay hopeful about what the future holds.

In the meantime, she's more than happy perfecting her pandesal game.

"It's my favorite to have with coffee," she smiles.

Check out the gallery below to see what else she's been up to while under quarantine in Los Angeles, California: 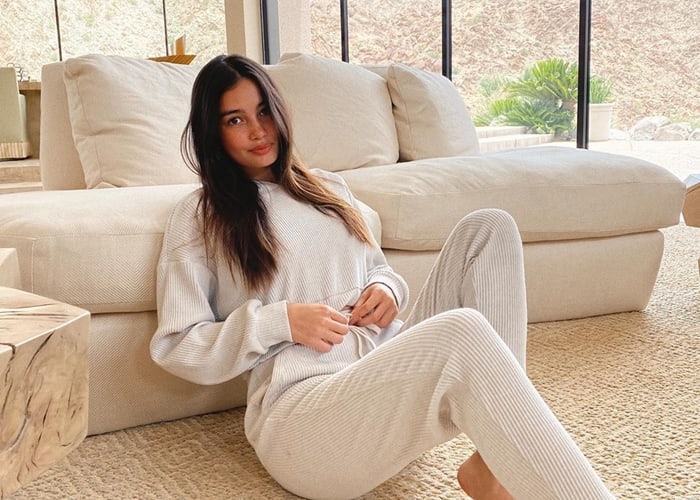 At Home With Kelsey 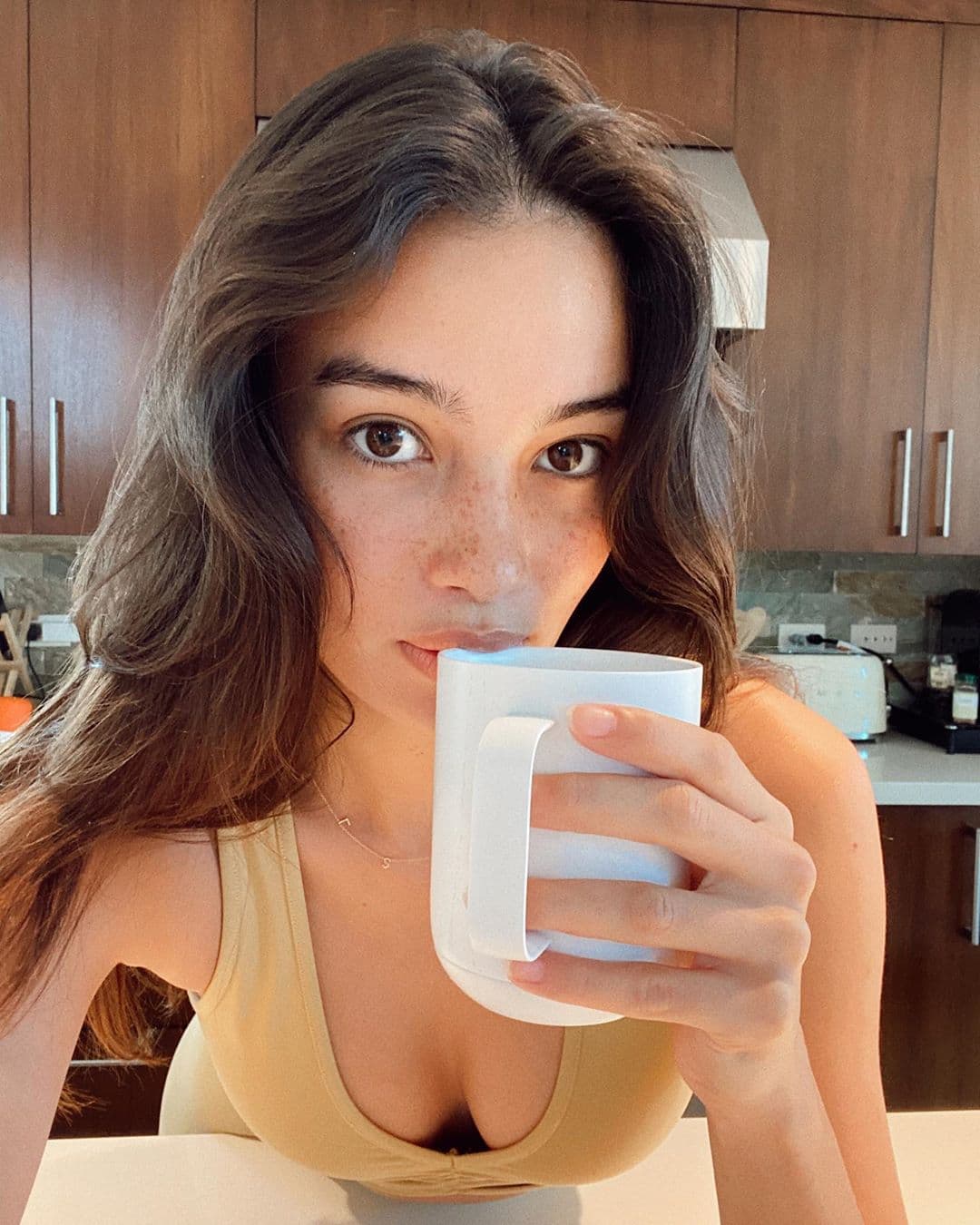 She's been spending a lot of time in the kitchen, and she never realized her love for cooking and baking until this uninterrupted time at home came. 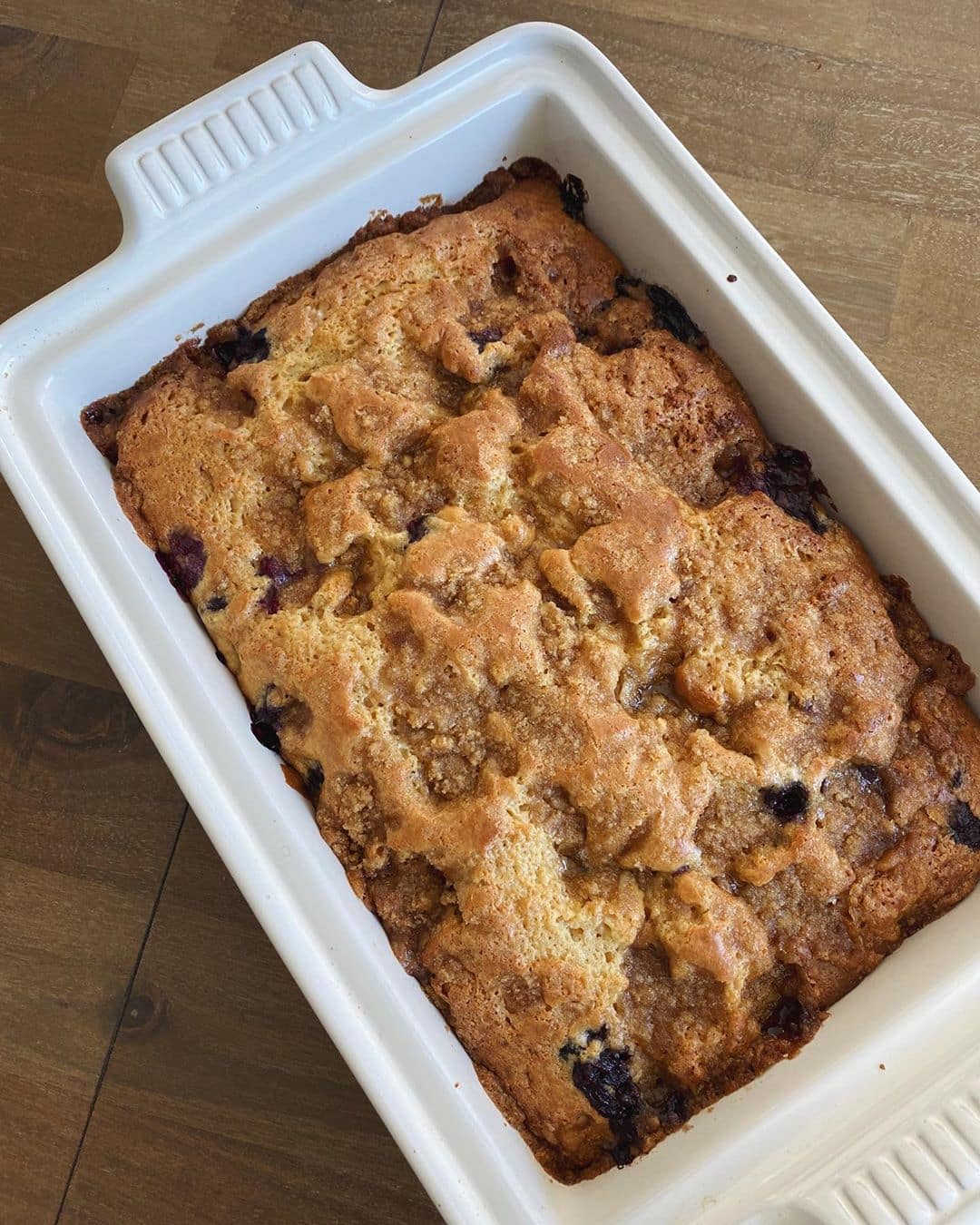 One of her creations is this Blueberry Coffee Cake. Another book she read, which a lot of her followers recommended to her: the novel "Where the Crawdads Sing" by Delia Owens. 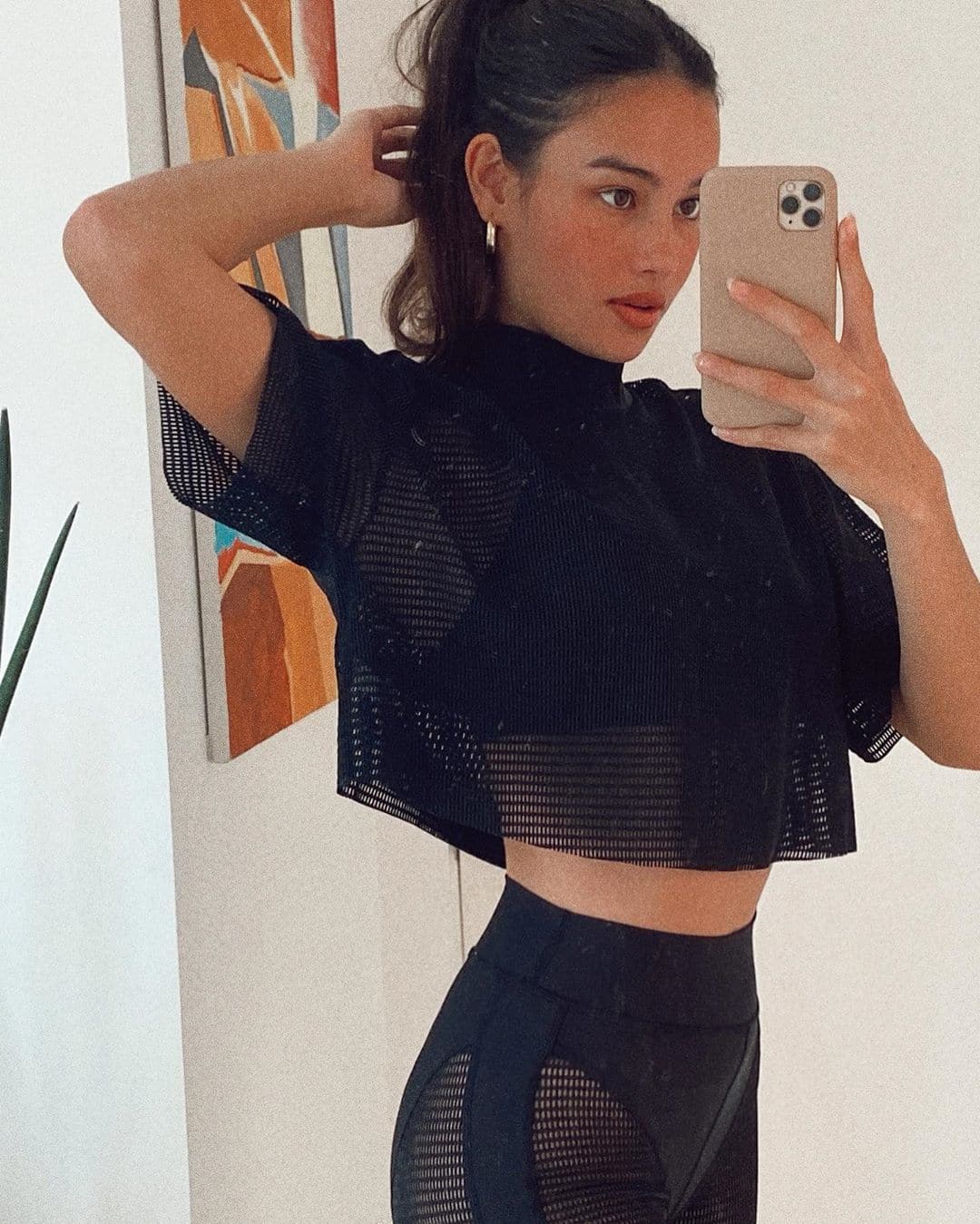 She's been doing a lot of home-friendly workouts, too. But her favorite workout is Pilates. And she makes sure to look stylish even while she's sweating it out. She says "cute workout outfits" are a source of motivation for her these days. She's also been entertaining her followers with fun TikTok videos. She says, "I’m terrible at dancing but tiktok has been making me want to dance so I’m just having fun with it!!" Follow her on TikTok at @kelseymerritt! 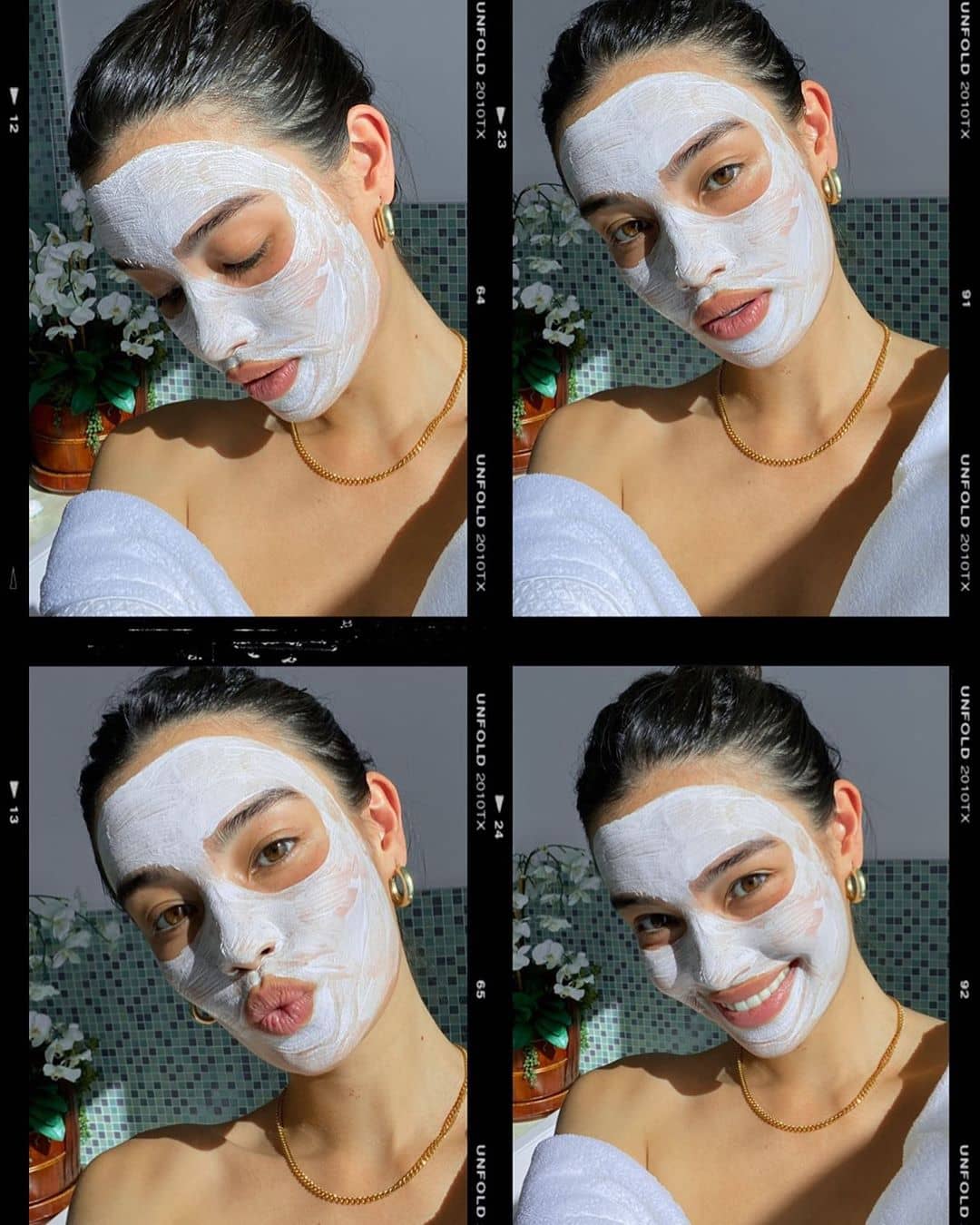 Even when she's at home, she doesn't neglect her skincare routine, and even does what she calls an "at home spa." That sounds so relaxing! 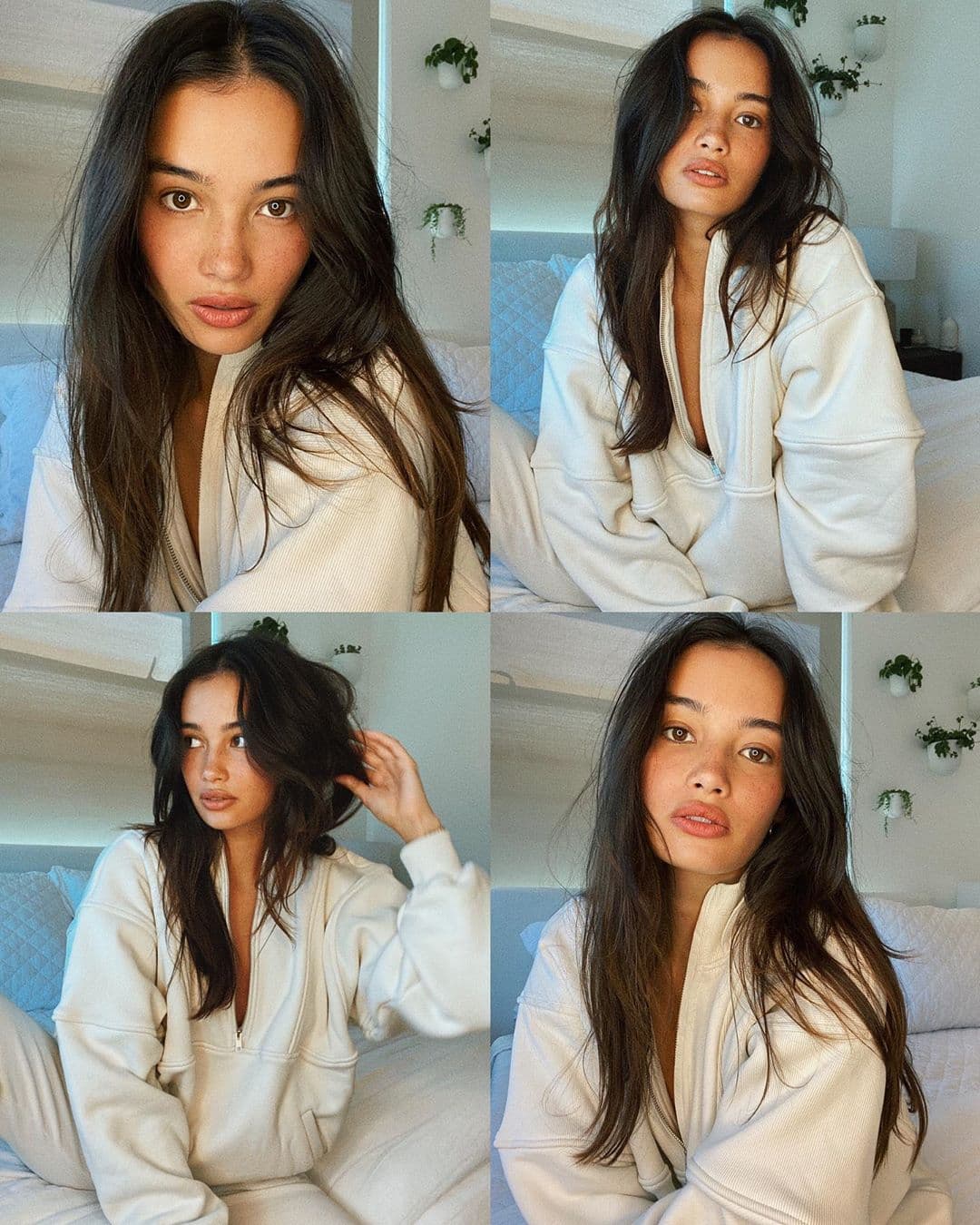 Sometimes, this fashion model experiments with hair and makeup looks as well, which are perfect for her fun, carefree, and laid-back personality. 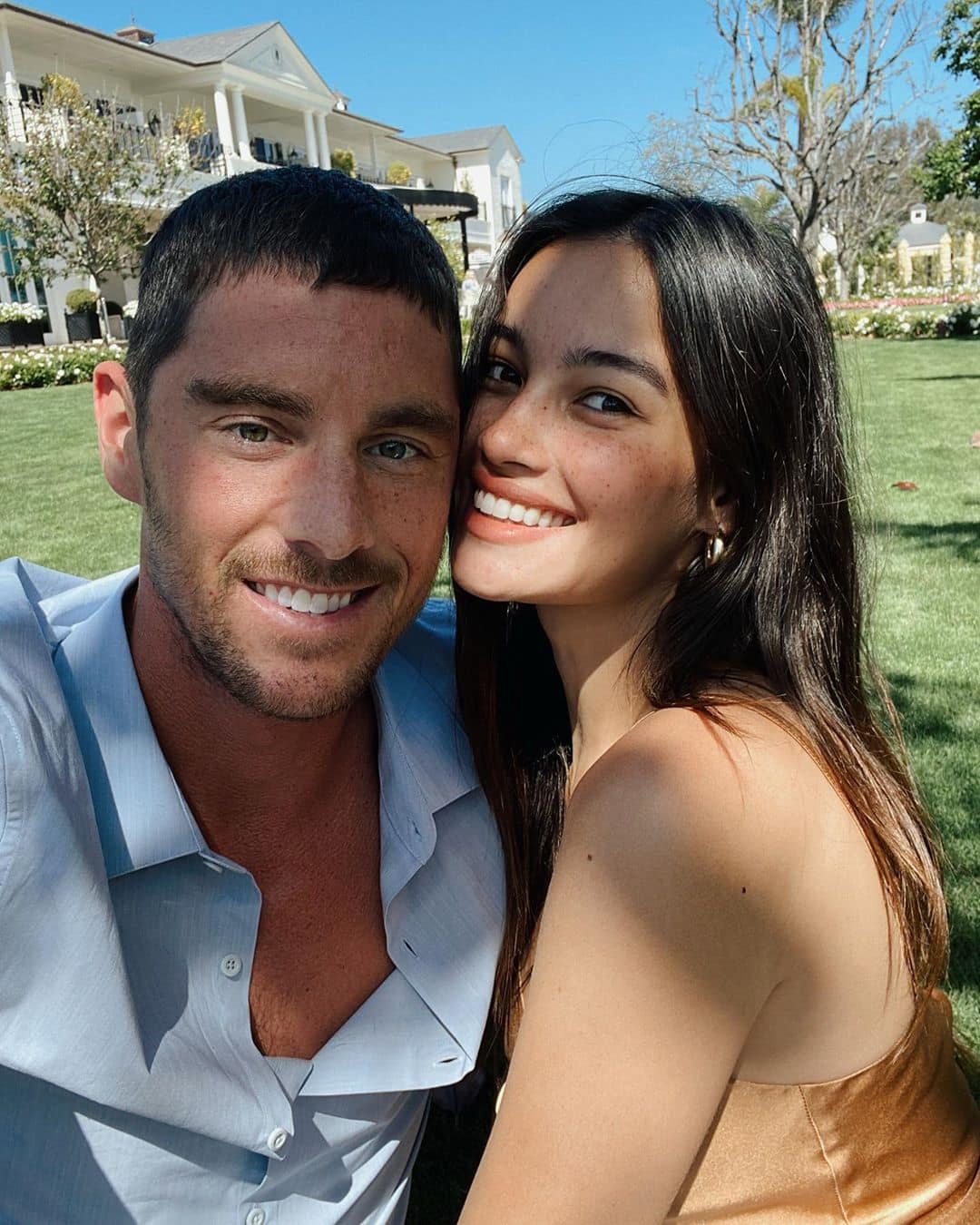 Of course, there's also a lot of bonding time with her boyfriend of two years, Conor Dwyer. They celebrated their second anniversary last May 25. For their anniversary, Conor gifted Kelsey with fresh flowers that adorned their bright and beautiful Los Angeles home. Let's not forget about their dog, Pablo, who's also making Kelsey smile nowadays. In case you didn't know, Pablo has his own Instagram account, too! Check out his adventures on @lifeofpablocito.

#MetroStyleWatch: All The Swanky Celebrity Looks We Saw At The Versace Manila Opening

The Week In Style: Christmas Dressing Like A Celebrity