Kim Soo-Hyun Is Back In A K-Drama! Here's A List Of His Onscreen Partners

As we count down the days until we see South Korea’s beloved actor Kim Soo-hyun back in K-Dramaland, we relive his onscreen chemistry with these actresses

The comeback is real!

Anticipation is growing stronger for the return of South Korean top actor Kim Soo-hyun through the upcoming tvN drama Psycho But It’s Okay (It’s Okay to Not Be Okay) after a two-year hiatus during which he fulfilled his military duties. The series will be released on June 20, 2020.

His last small screen appearance was on the KBS drama The Producers five years ago. Reported to be one of the highest paid actors in South Korea, Kim Soo-hyun is also a multi-awarded star who earned critical acclaims for several television and film projects. He was also listed under Forbes “30 under 30” Asia in 2016 as one of the young influential people in their fields.

His breakthrough performances on the youth musical drama Dream High, co-starring with Suzy and IU, and the hit period drama Moon Embracing the Sun led him to skyrocketing popularity. This was followed by the hit fantasy romance comedy My Love from the Star with actress Jun Ji-hyun that catapulted him to international fame.

Kim Soo-hyun in (from left) "Dream High," "Moon Embracing the Sun," and "My Love from the Star" Prior to accepting the role for Psycho But It’s Okay, the handsome 32-year-old actor made high-profile cameos on top-rating dramas Hotel Del Luna and Crash Landing On You.

Slated to be available for streaming on Netflix, Psycho But It’s Okay is a healing drama that revolves around a man working in a psychiatric ward and a woman, a children’s book author, who has an antisocial personality disorder.

Kim Soo-hyun will star opposite actress Seo Ye-ji. She began her acting career via the sitcom Potato Star and played remarkable lead roles on the psychological thriller Save Me and the legal drama Lawless Lawyer. 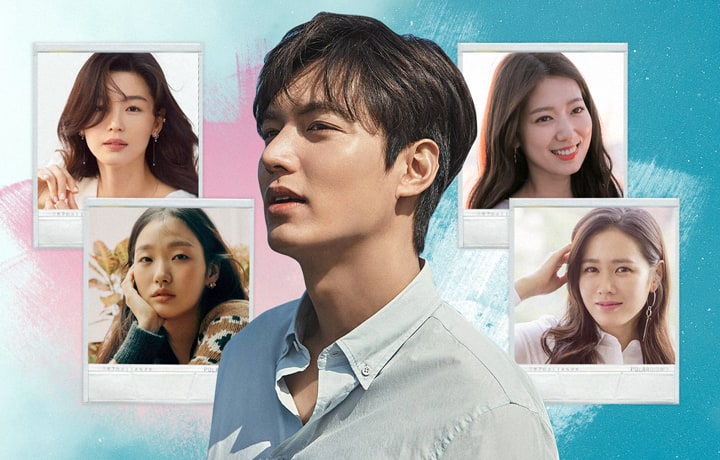 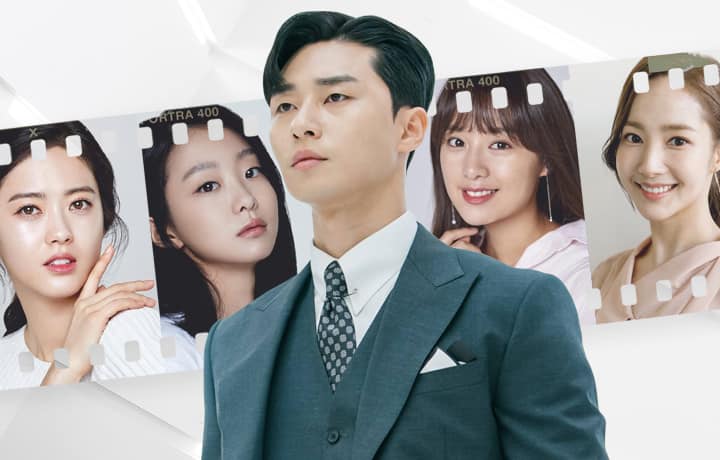 As we excitedly wait for Kim Soo-hyun to grace the small screen once more with his unique charisma and incredible acting, let’s take a look back on his beloved shows and the leading ladies he shared enduring chemistry with.

Kim Soo-hyun has acted in minor roles prior to this one but “Dream High” is considered his breakthrough drama with Bae Suzy as his leading lady. Kim Soo-hyun played the role of Song Sam-dong, a countryside dweller who falls head over heels in love Suzy’s character Go Hye-mi. Go Hye-mi is an aspiring singer who appears to be a confident girl at school but she has tough, sad past. Though she dreams of becoming a renowned classical vocalist, her family’s troubles forces her to enroll at Kirin High School of Art. Sam-dong follows her and enrolls at the same school. 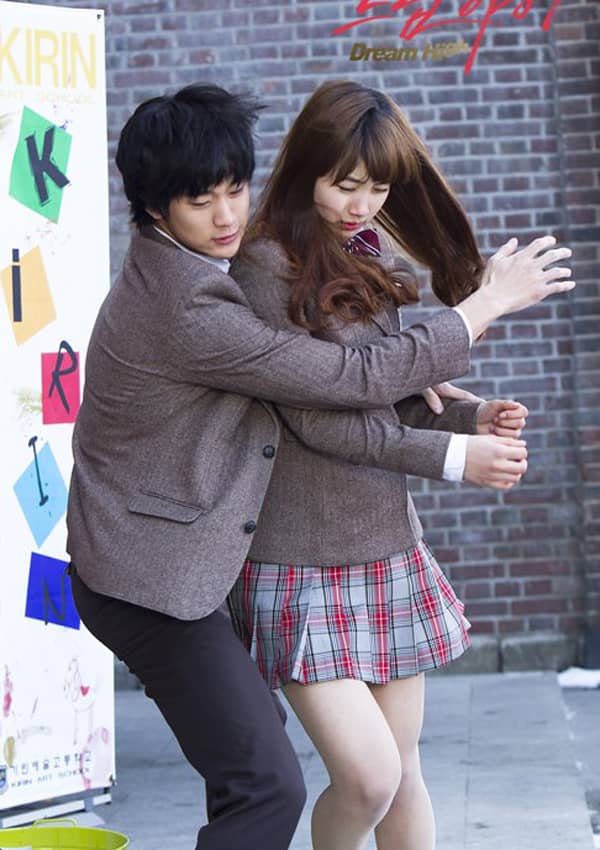 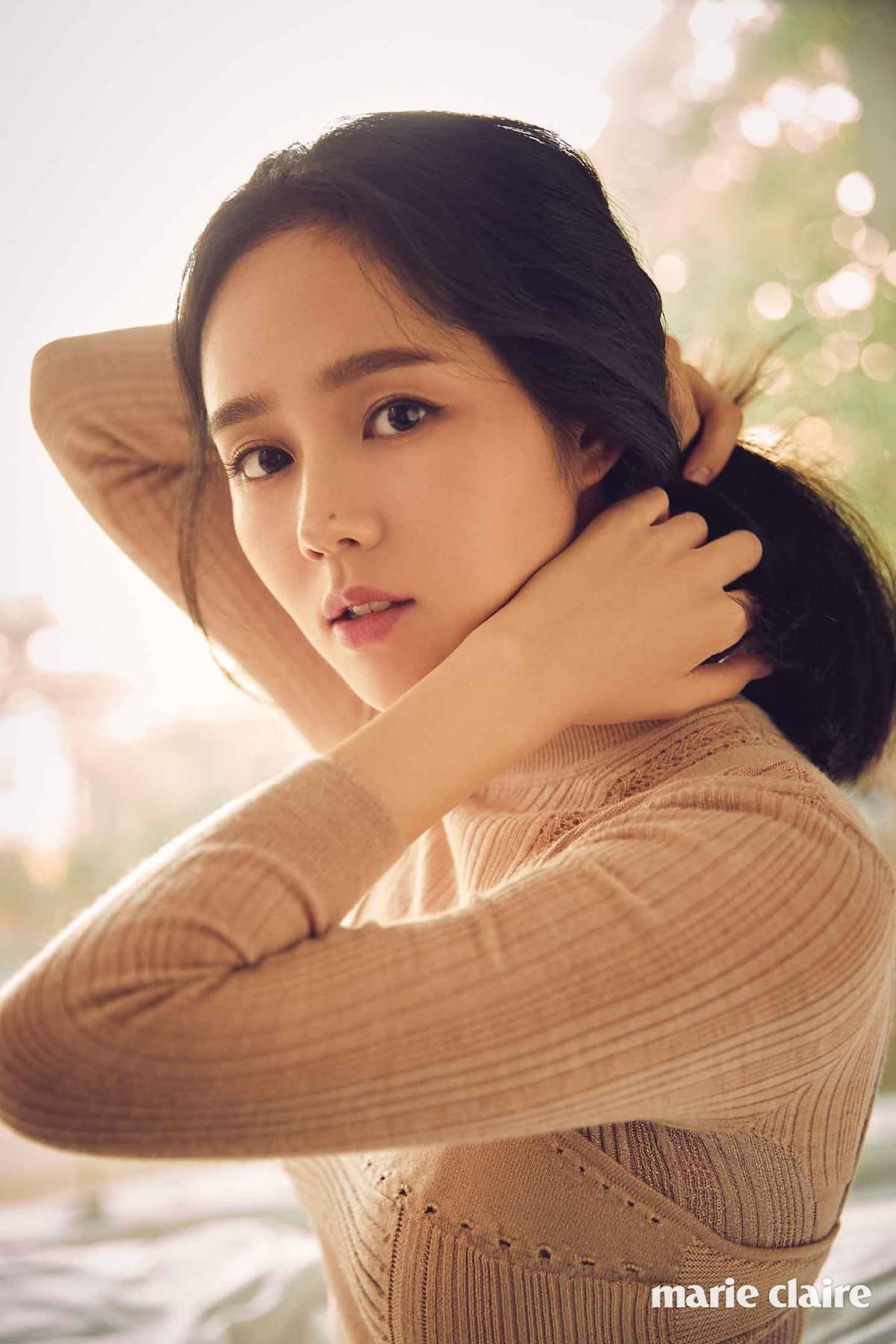 Han Ga-in plays the love interest of Kim Soo-hyun in this hit historical drama. Her role as Heo Yeon-woo who lives her life as Wol is the main reason King Lee-hwon, Kim Soo-hyun’s character, is living in despair and sadness. Han Ga-in as Heo Yeon-woo was born from a noble family and was young Lee Hwon’s first love but enemies in the palace force them apart. She is also believed to be dead. King Lee Hwon eventually discovers that the shaman Wol he’s been shunning is also the girl he’s loved for so long. 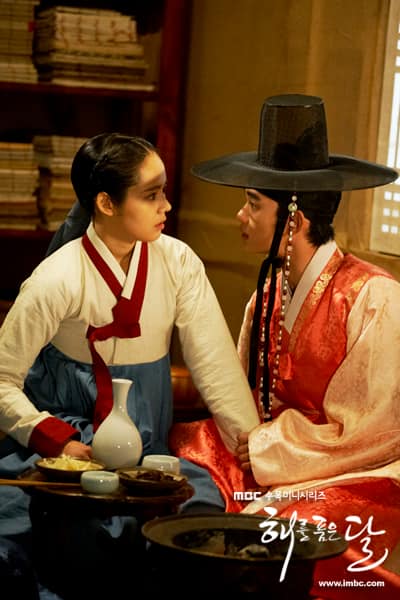 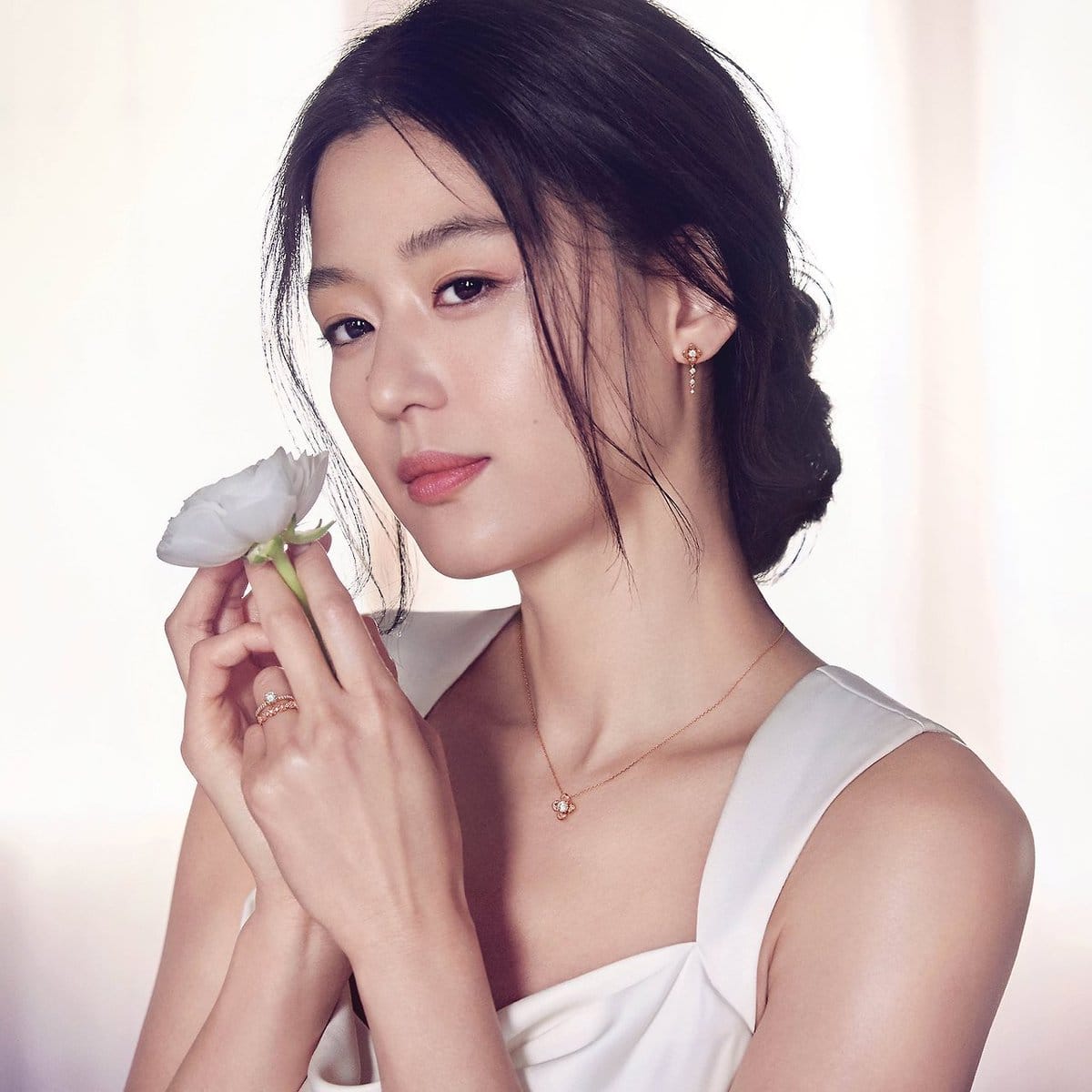 A top Hallyu star herself, actress Jun Ji-hyun brought the house down with her excellent acting and comedic chops as bratty and misunderstood actress Cheon Song-yi. Her star power and well-crafted character perfectly matched Kim Soo-hyun's, resulting in breathtaking chemistry. In this drama, Kim Soo-hyun is Do Min-joon, an alien who landed on earth 400 years ago. He possesses extraordinary powers but his vulnerability turns out to be his growing feelings for the beautiful Cheon Song-yi. 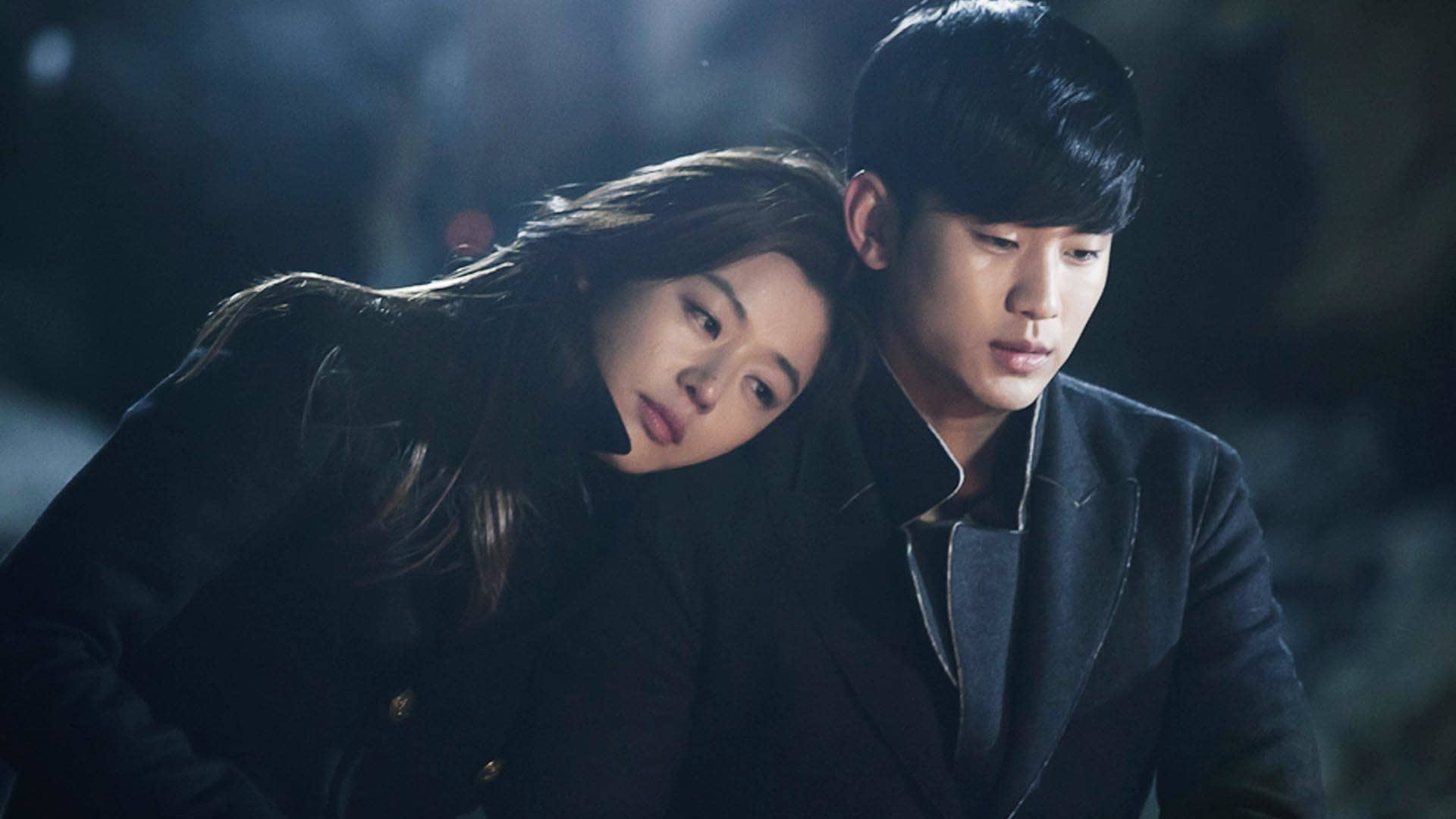 Gong Hyo-Jin in "The Producers"

In “The Producers,” Kim Soo-hyun is dealing with not just one but TWO leading ladies! The star-studded TV comedy recruited top stars Gong Hyo-jin and IU to be the female leads. In the show, Kim Soo-hyun as Baek Seung-chan, joins a TV network and goes through training under PD Ye Jin, played by Gong Hyo-jin, the producer of a music program. Ye Jin is a strict boss with a heart and Kim Soo-hyun’s character slowly finds himself falling for Ye Jin... 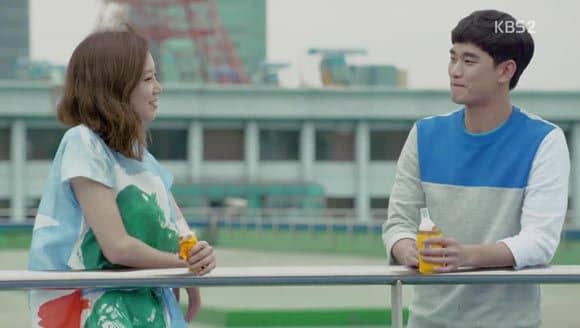 ...on the other hand, IU played the popular singer, selfish diva Cindy who becomes attracted to Seung Chan’s naive, boyish charms. While Seung Chan likes someone else, Cindy continues to like him still. 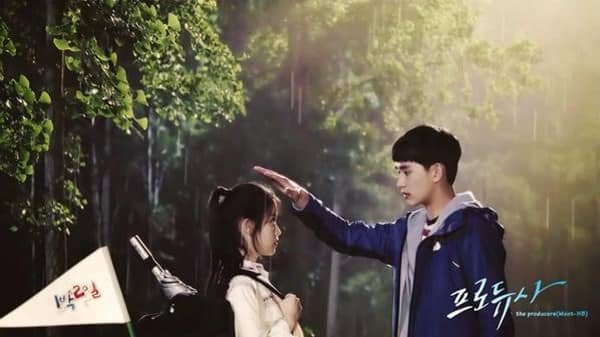 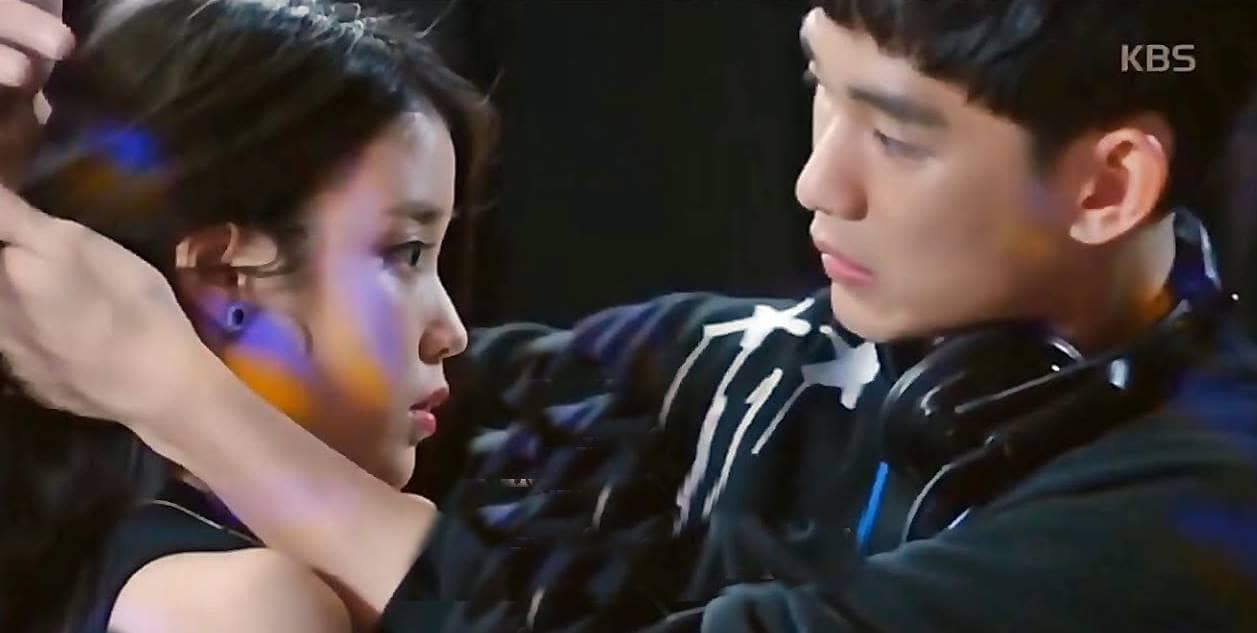 Kim Soo-hyun displayed a natural, heart-fluttering chemistry with his leading ladies so it wouldn’t be a surprise if he and  actress Seo Ye-ji would captivate the viewers’ hearts too in an instant. It’s exciting to think about how they would light up the screens with Psycho But It’s Okay. Thankfully, we’ll find out soon enough. Mark your calendar: June 20, 2020. 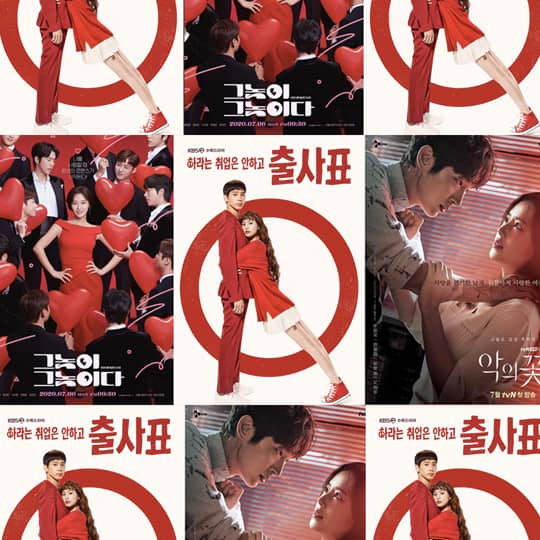 Here Are The Shows Coming To Viu This July