Spotlight On Lapillus: Pinoy Pride Chanty On Adjusting To Life As A K-Pop Idol

Chanty, the group's visual and one of its vocalists, is living out her childhood dream, delighting and inspiring many with her passion to contribute to establishing Lapillus in the music scene

Filipino pride Chanty, who’s half-Argentinian, knew she wanted to be a part of the entertainment industry at such an early age. Though this LAPILLUS member cannot say for sure when this interest began, she couldn’t think of anything else that was close to a childhood dream for her other than being in showbiz.

Prior to her stint as a Star Magic artist in 2018—when she was launched with other artists like Donny Pangilinan and Charlie Dizon—Chanty had always envisioned a future in the limelight. “I feel like ever since I started watching Barbie movies (because Barbie is like a very 'onstage' type of girl; she’s always modeling, acting, singing, and all that stuff), and so, I guess, by watching Barbie, I kind of got inspired to get into the entertainment industry,” the 19-year-old muses.

LAPILLUS' Chanty in a top and pants by Chelsy Estrada and jumper dress by ḢA.MÜ | Photography by Ria Regino 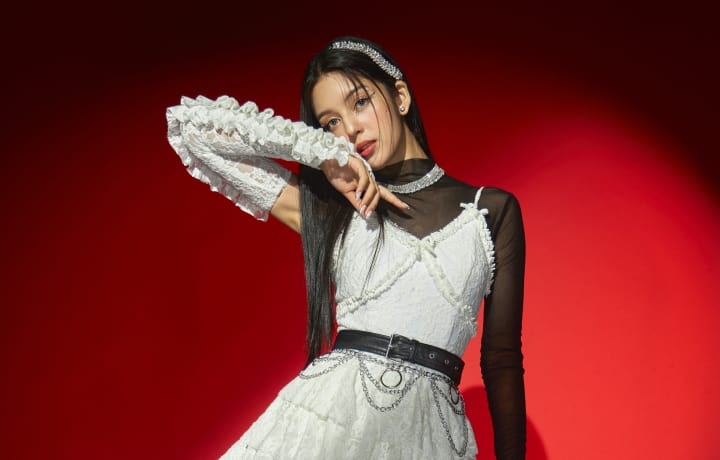 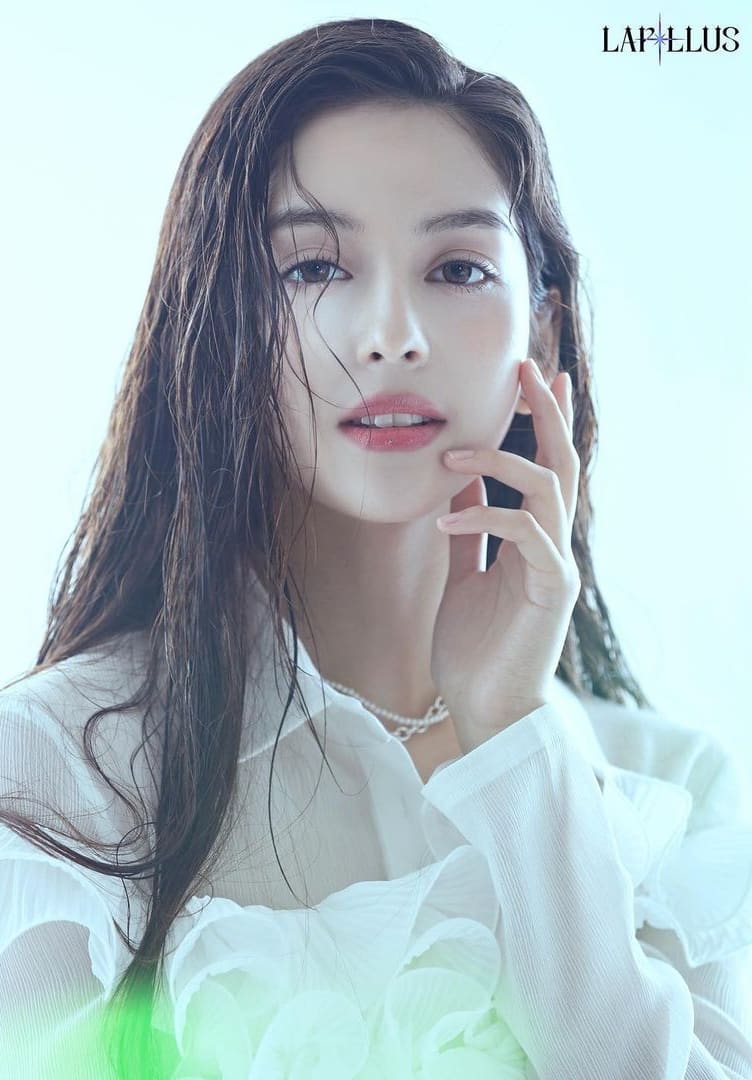 Known as Chantal Videla in the Philippine entertainment scene, Chanty was already making waves as a rising actress before her foray into Hallyu. But, she thought there was no harm in exploring another side of the field. So, the self-confessed K-pop fan convinced herself that it was worth it to try to branch out as an artist, and she was right. Immediately, she grabbed the opportunity to fly to Korea for an audition. It took one song for her to get in, proof of how talented she is and what a perfect fit she is as a K-pop idol. She became an MLD Entertainment trainee last year and soon debuted with LAPILLUS. “Training was really difficult for me,” she admitted. It took Chanty awhile to adjust to South Korea’s work culture, which she described as “so fast-paced.” However, that did not discourage this young star. If anything, it only fueled her drive to always put her best foot forward and rise as a better artist every chance she gets. Chanty said dancing was the area she had to train extra hard for. Her dance teacher would call her out during practice sessions—“It’s not in a bad way,” she clarified. “But like a, ‘no, do it again’ kind. I got motivated by that to be better, and that was the fun part for me.” 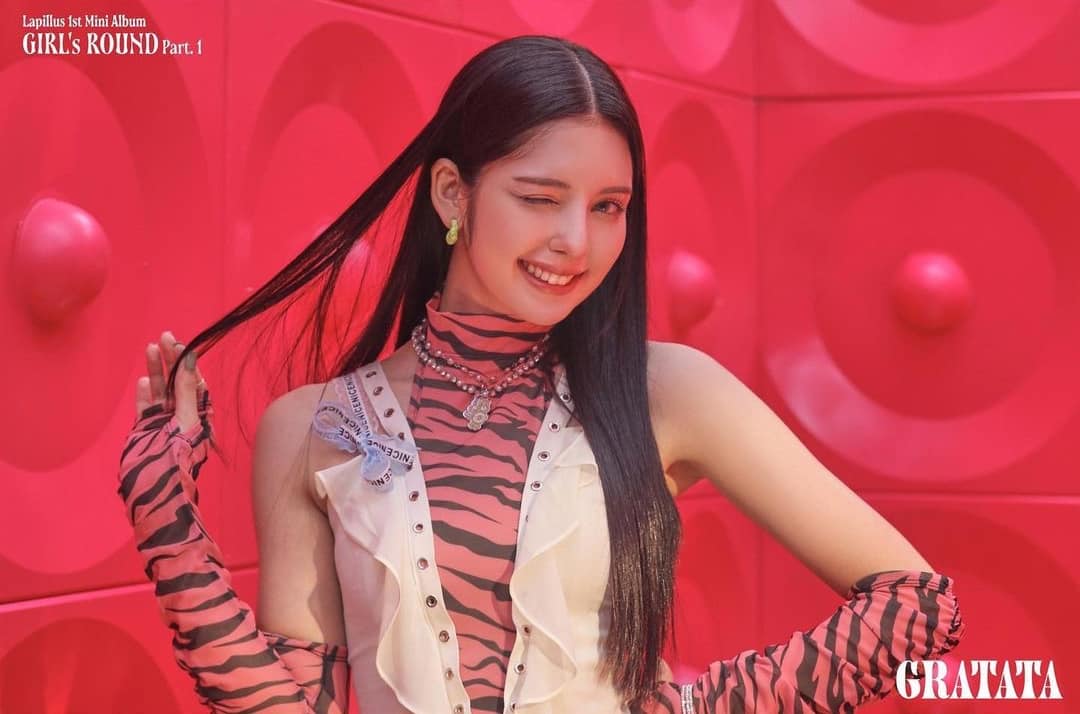 As one of the non-Korean members of LAPILLUS, Chanty also opened up about having to make an extra effort to communicate with her fellow members; it was not easy to suddenly have this crash course on the Korean culture and language, but it was an experience she embraced. “It was quite interesting to see how our group was made and how we got closer. But I’m grateful because everyone was just so supportive of each other,” she told Metro.Style. 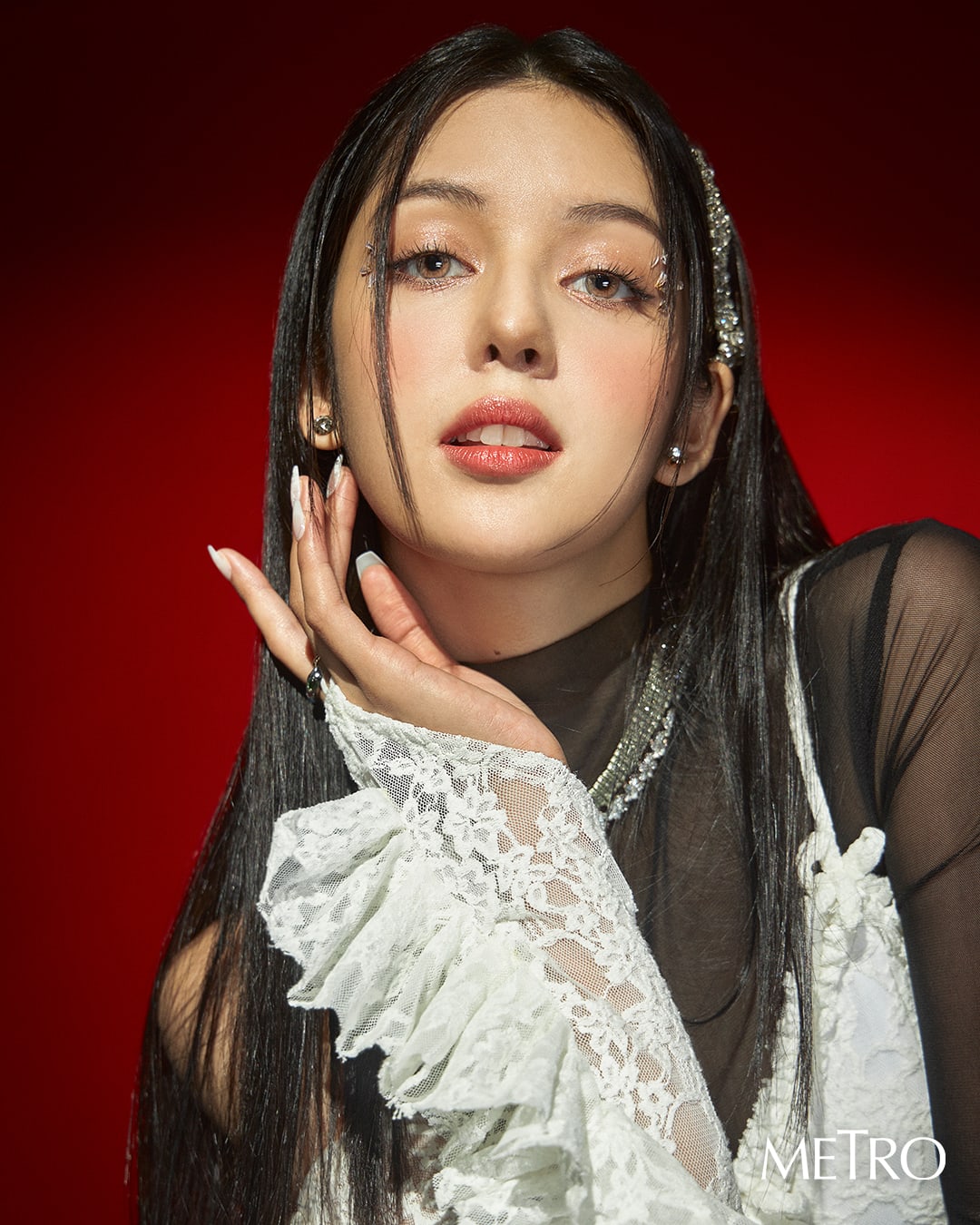 While she has remarkably adjusted to life in South Korea, Chanty is proud to bring the “Filipino touch” to their group and LAPILLUS’ many offerings to fans. Happy and thrilled to be back in Manila for the group’s first-ever international tour recently, this K-pop idol took it upon herself to introduce her fellow members to Filipino culture, especially to Pinoy food. 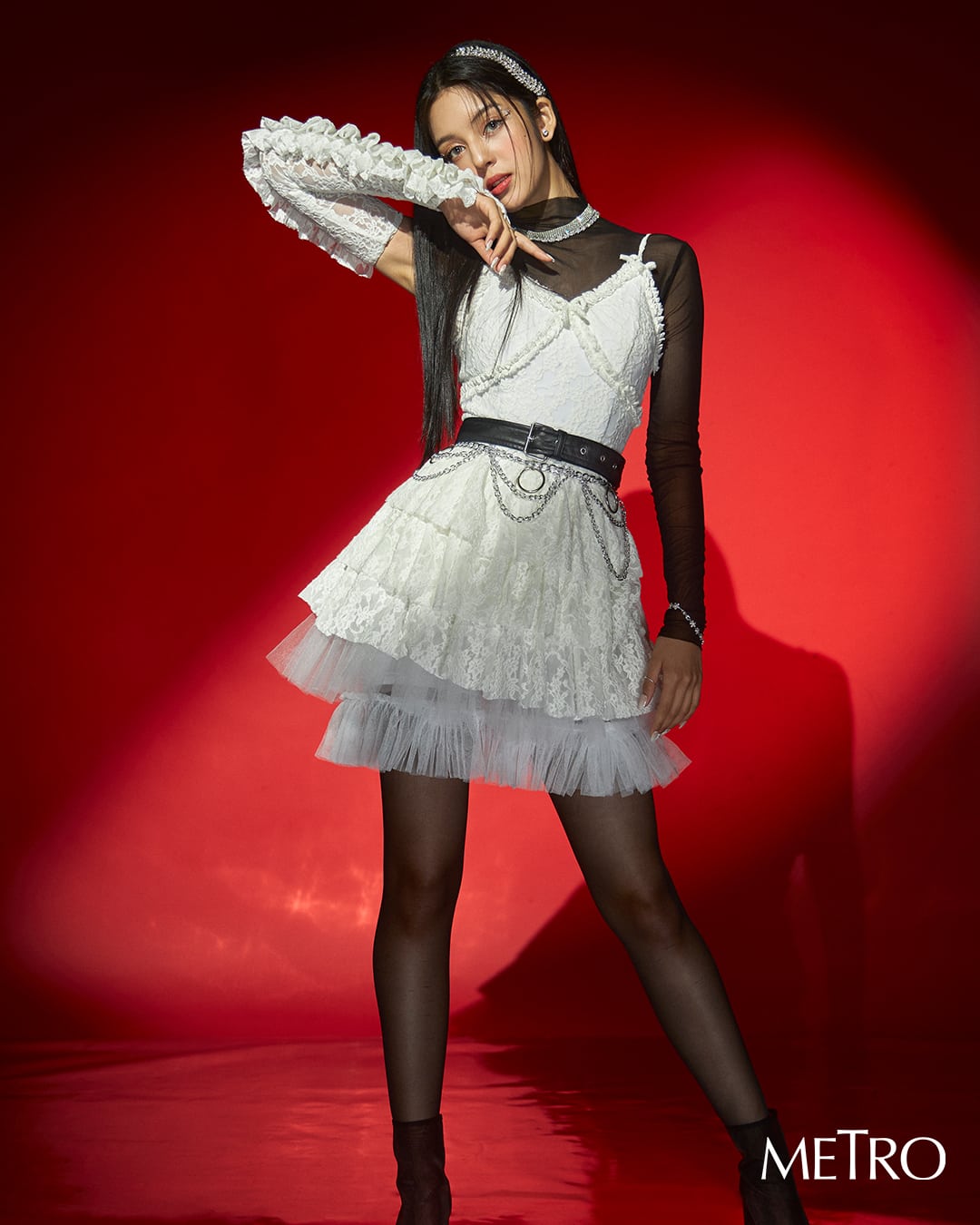 “I really enjoy showing my companions the Philippines,” Chanty said. “It was really fun to see their reactions when they try Filipino food as well as them experiencing how Filipinos are so welcoming. It’s really fun seeing them knowing our culture.” In as much as she’s enjoying her girls’ company, the K-pop idol swells with pride and joy with all the love she’s been receiving from fans here in the country. “I love you so, so, so much,” she said when asked to share a message to their Filipino fans. “I'll work hard to make you proud.”

“I Love You, My Little One”—Camille Co-Koro Announced That She Is Pregnant!