Spotlight On Lapillus: Shana On Overcoming Self-Doubt And Spreading Positivity

It’s probably her ENFP personality that led her to be leader of the group. LAPILLUS’ Shana—whose real name is Nonaka Shana—is a free-spirited individual that fits the role of a leader perfectly. “She has the strongest personality,” LAPILLUS member Chanty comments about the group leader. “Not that she's mean or anything. She just has that, ‘I’m-gonna-stand-up-for-my-girls’ type of vibe.”

While the Japanese K-pop idol means business, she’s also in it for the fun. Exuding a vibrance that is typical of outgoing people like her, she doesn’t shy away from staying true to who she really is—whether it’s in live performances, fan meetings, or even in their YouTube content videos. Tough as she may be, there’s also that gentleness to her that shows she cares; and this vibe is what makes people around her, especially her fellow LAPILLUS members, get easily comfortable in her company. 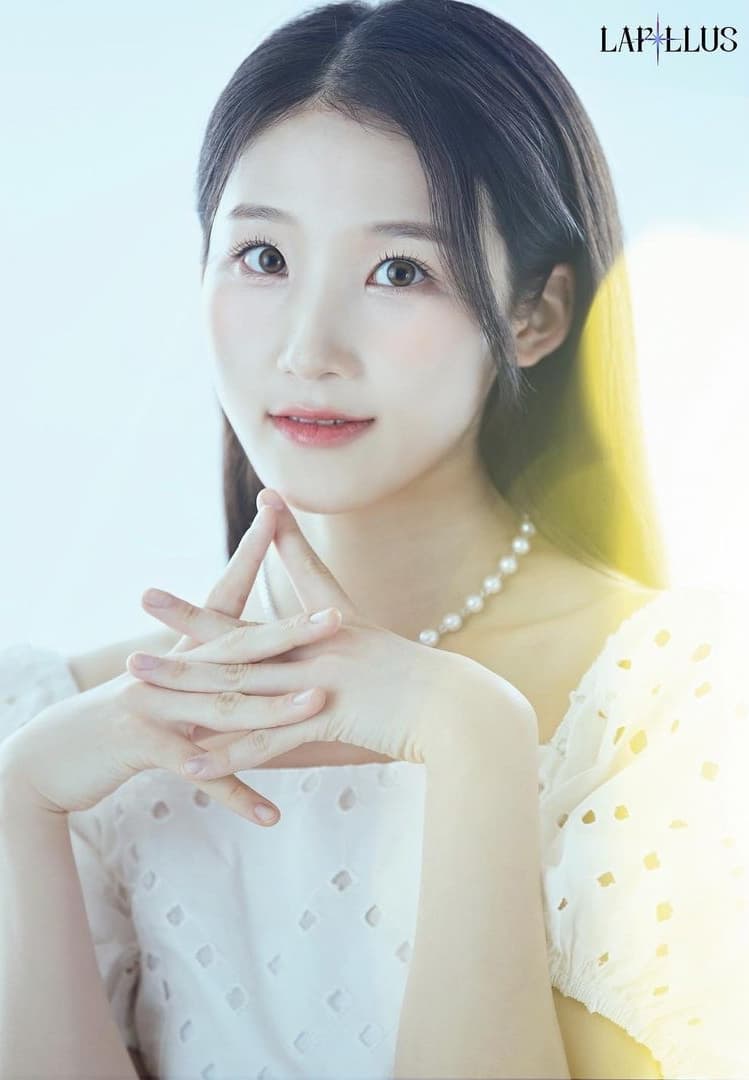 Hailing from the laidback coastal city of Fukuoka in Japan, Shana dreamt of entering the entertainment industry back when she was in middle school. A dream chaser, the 19-year-old didn’t waste time in pursuing her goal, and set out to do several auditions in different companies. In 2021, the young star finally got her first taste of the limelight after competing in Mnet’s survival show "Girls Planet 999." Shana showcased her idol skills and proved her potential early on; she made it to the finale and ranked at J04 by the end of her stint, which was enough to give her a springboard to jump onto the next phase of her idol journey. 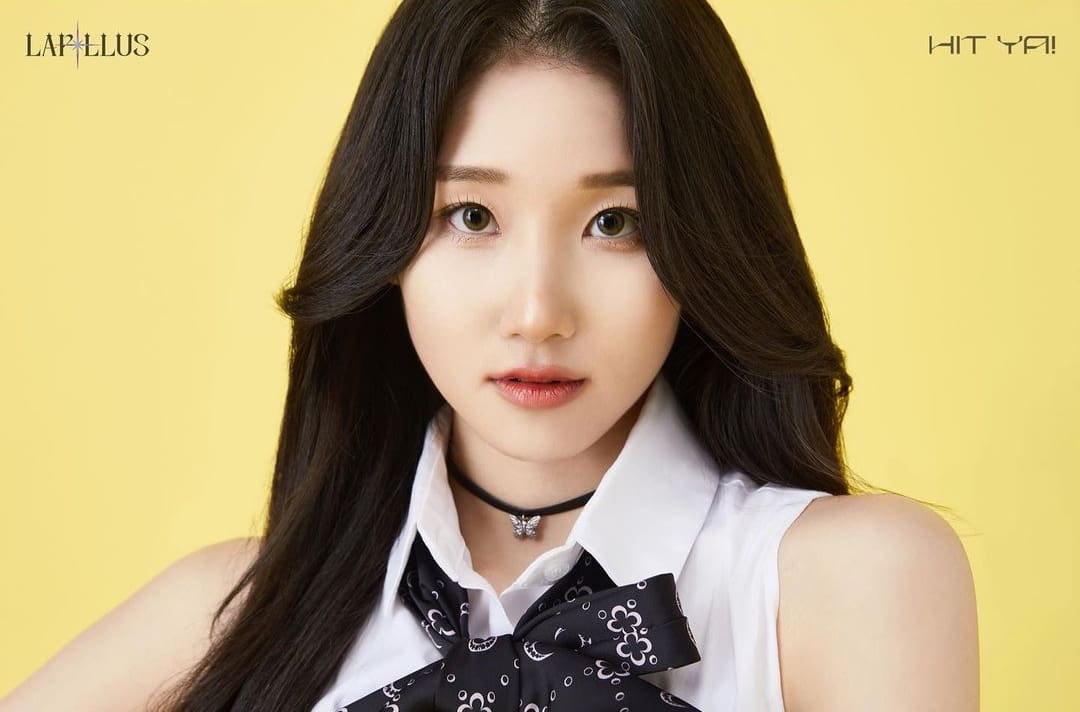 Thrust in such a cutthroat industry, she was worried if she could ever be good enough. “I wasn’t feeling that confident enough,” the idol opened up. But Shana persevered, fought these thoughts, and slammed her doubts. She then became more secure of herself and her capabilities, more so when she learned that her dream debut was finally going to happen. One memory that stands out for her during her trainee days was meeting Nancy from their senior group MOMOLAND. Nancy dropped by their training, cheered them on, and even gave them chocolates. Shana, who’s now the leader of multicultural group LAPILLUS, found that getting to know her fellow members was a fun experience. She told Metro.Style that she understood and respected early on the fact that they came from different places and have certain differences and different personalities. Instead of letting that get in the way of forming new friendships, Shana thought it best to think positively and find the good within each girl (which wasn’t hard to do, really, because the other members are all friendly too). 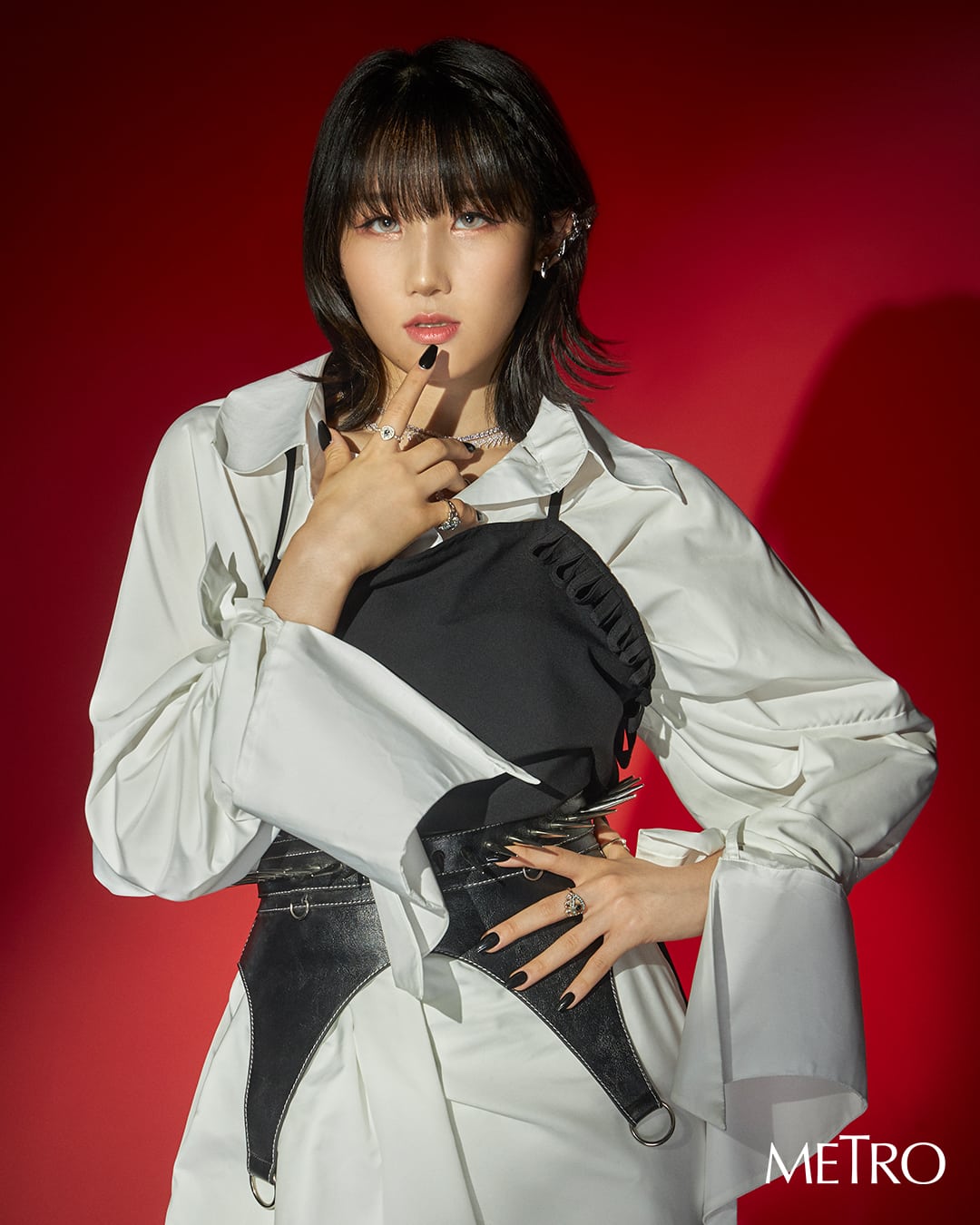 As the resident optimist, even her first impressions of the group are anything but dull. On Seowon, Shana thinks she’s a mysterious person, while fellow global members Yue and Chanty are cool and confident. She cherishes maknae Haeun’s cuteness, comparing her to a monkey due to her playfulness. Finally, she found Bessie unique. Lapillus recently released their mini album "Girl’s Round Part 1,” featuring the title track “GRATATA." Of this new milestone, Shana excitedly shared how their latest song is different from their debut single "HIT YA!,” and invited everyone to check it out. “We worked really hard to show another way of LAPILLUS, so don’t miss it,” she said. 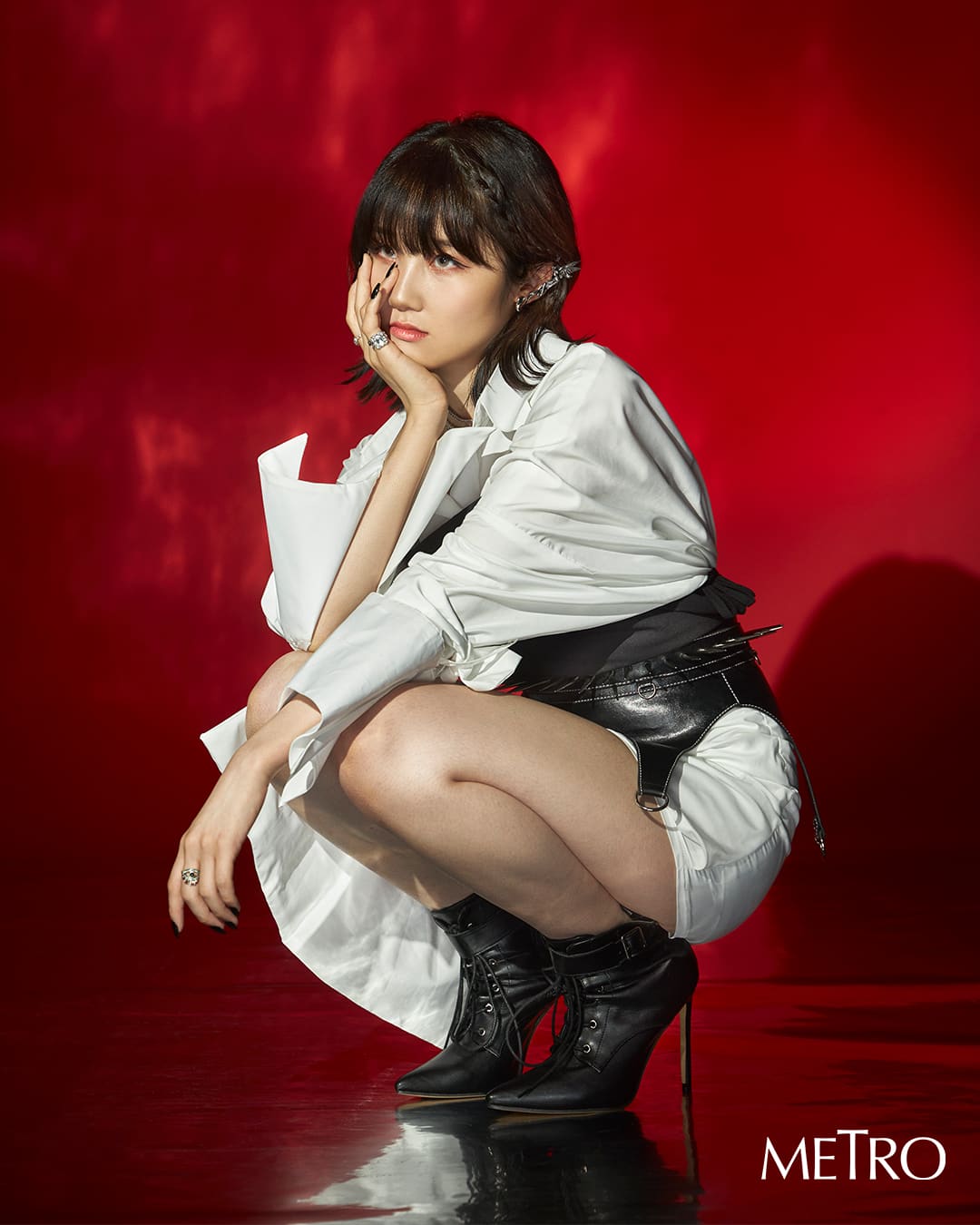 The members of Lapillus were recently in Manila, Philippines to introduce their group and promote their new album. During their very first international tour, the group leader felt happy to be in the presence of their welcoming Filipino fans. An avid cook, as her fans know, Shana enjoyed different Filipino food during their stay. Asked about her experience in the country, she cited the fried bangus she was able to sample as her favorite, saying, “I hadn't been to any place, but I tried milkfish—it’s my style. That's good.” The idol also raved about Philippine mangoes, which she describes as some of the best she’s tried. 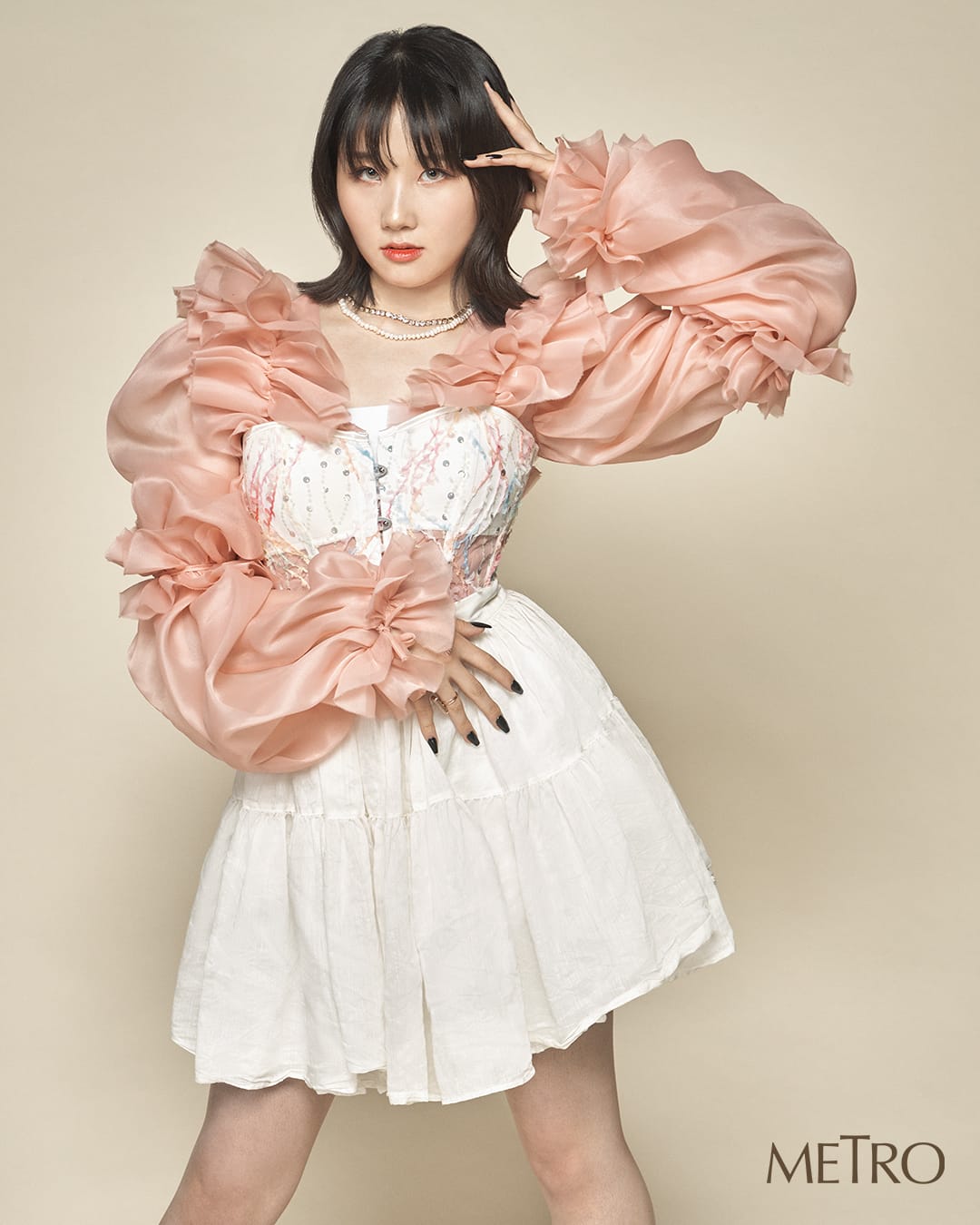 The Filipino dishes were great, but for Shana, the best thing about their trip was meeting the wonderful people who were eager to see them. Receiving lots of energy and support from Filipino fans, Shana said that she’d bring all the love she got from the Philippines back to Korea. The warm reception inspired her to further improve as an idol and make each and every performance count. She promises to do her best in everything she does, and looks forward to returning to this country with more great news to share about LAPILLUS.

Janella Salvador Is Valentina In "Darna: The TV Series"