Could their relationship be truly over?

Fans have been speculating a trouble in paradise in the couple’s relationship for the past month now. While news is spreading fast that Kylie Jenner and Travis Scott are officially taking a break from their wonderful relationship that has so far lasted for more than two years, let’s take a look back on the details of this rumored breakup.

It seems like it was just yesterday when Kylie and Travis had a steamy cover shoot with Playboy magazine where she posed naked while hugging her beau. The two never failed to show their intimacy on social media and even when they're out and about.

One time, however, an eagle-eyed fan compared two photos posted by Kylie on Instagram that were taken in the same spot; in the more recent photo, the fan spotted that there was a missing family photo in the background. Immediately, fans and netizens couldn’t help but suspect that the two are really going on some tough time in their relationship. 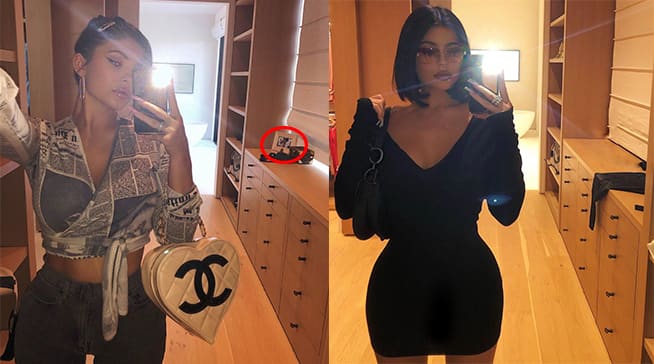 She then cleared the issue around the missing photo by posting a family picture on her Instagram story captioned with "Happy Wednesday." But following the series of events, the couple wasn’t seen on public events together as well, especially in Justin and Hailey Bieber's big wedding ceremony over the weekend where Kylie attended in a stunning golden gown together with Stormi; Travis was nowhere to be found.

While there is no official statement given by the couple just yet, a source shared, “Kylie is young, but she really wants the traditional family life. She has seen her older sisters with big families and multiple kids and she wants the same. She loved being at home with Travis and their daughter Stormi Webster more than anything. But right now, their priorities are different.”

Read more about Kylie, Travis, and their relationship below:

Revisit Kylie Jenner and Travis Scott's Sweetest Quotes About Each Other

Say Hello To Her Natural Pout! Kylie Jenner Admits She ‘Got Rid’ of Her Lip Fillers

#MetroBeautyWatch: Curly and Wavy Hairstyle Ideas To Try This Week