"I think it’s an important film to have awareness of our country and our people,” Meryll says of 2019 MMFF entry "Culion," which premieres on Christmas day

We haven’t seen Meryll Soriano star on the big screen for the Metro Manila Film Festival (MMFF). The talented actress top billed the independent film John Denver Trending and appeared in the comedy film Lola Igna this year. But 2019 has gotten so much better for her with her upcoming MMFF film Culion. It's a movie about the island of Culion in Palawan, Philippines that used to be a leper colony, and Meryll's portrayal is expected to showcase the depth and breadth of her acting.

When the project was offered to her in April, she accepted it with no hesitation as it was penned by award-winning screenwriter Ricky Lee, her mentor-turned-friend. “I’ve always wanted to portray one of his characters and it’s very important to be working with Sir kasi I’m really a fan and he’s one of the people I truly trust,” Meryll tells Metro.Style. Apart from that, she adds, it was the story that further drew her in. “I fell in love with the character and I’m so honored to be playing somebody na very complex character yet so simple and of course, the story of the island itself and its people.” 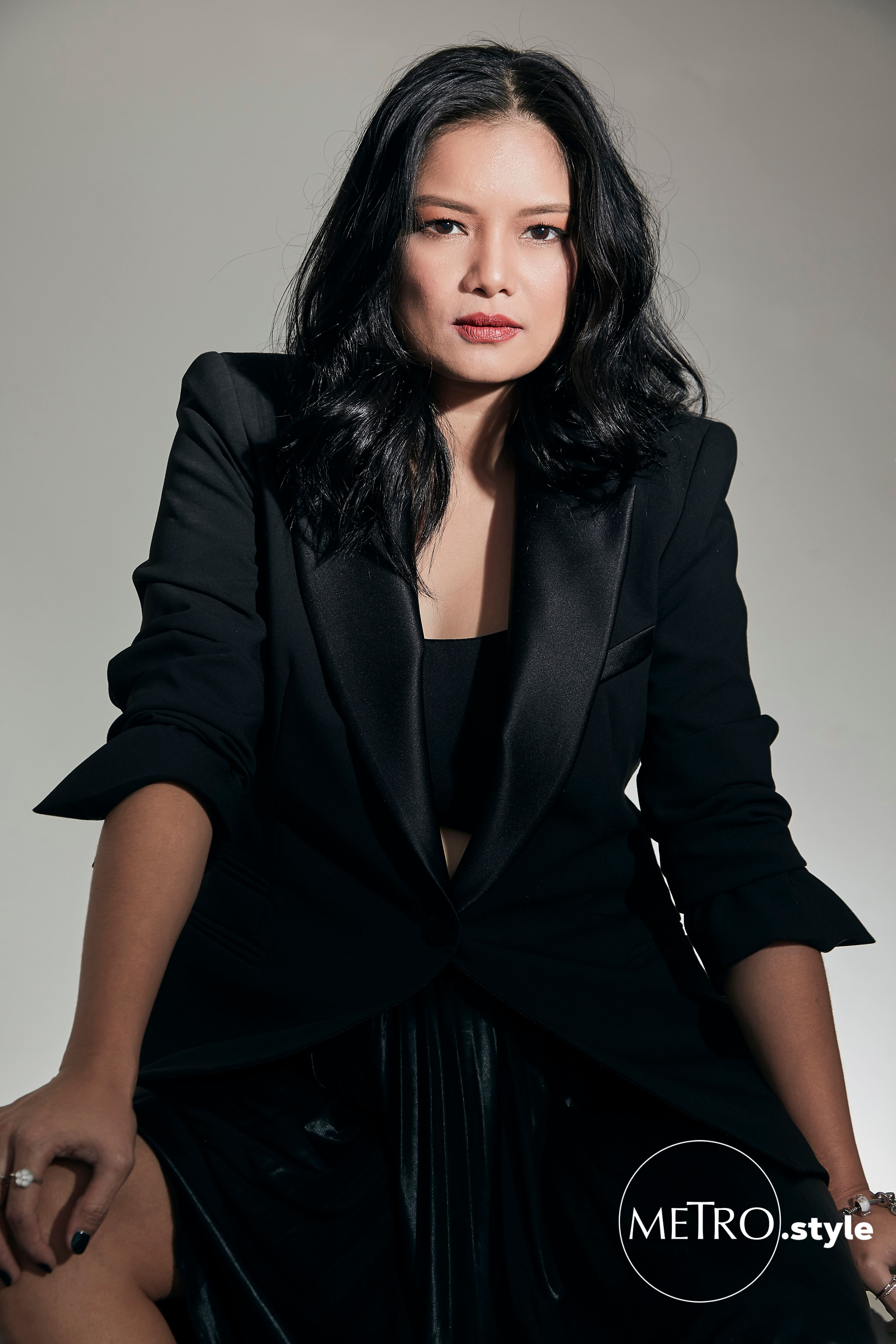 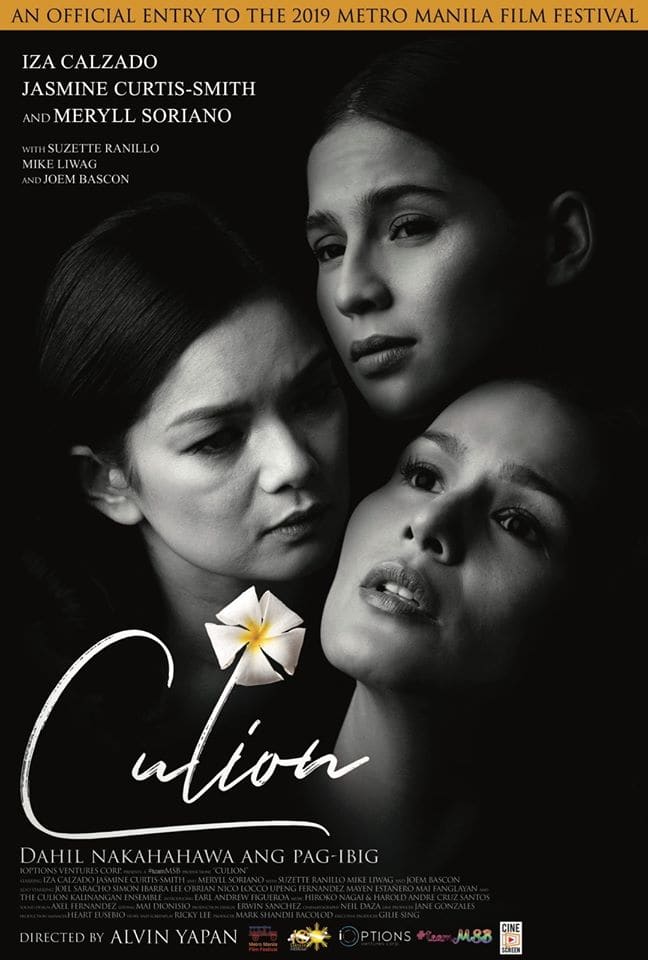 The masters behind the film "Culion" | Photo from Culion on Facebook

A storm may have gotten in the way of their 17-day shoot, but for Meryll, it came as a blessing in disguise as she got to know her co-stars Iza Calzado (Anna) and Jasmine Curtis-Smith (Doris) better. “It was a very important two days of just doing nothing, just talking, just eating together, and it was so easy to connect with them,” she recalls, saying the compassion they have built towards each other made their work a breeze in the process. “It was easy, it was joyful, and I love them both.”

While she has worked with Iza and Jasmine before, it’s the first time they are sharing a frame together. In her past projects with them, Iza played the role of a ghost while Jasmine did not interact with her in the script. “Basically, ngayon lang that I’m working side by side with them na talagang may chemistry and everything, na mayroon talaga kaming relationship,” reveals Meryll.

EXCLUSIVE: Iza Calzado On Her Movie "Culion" And Her Faith In The Filipino Audience 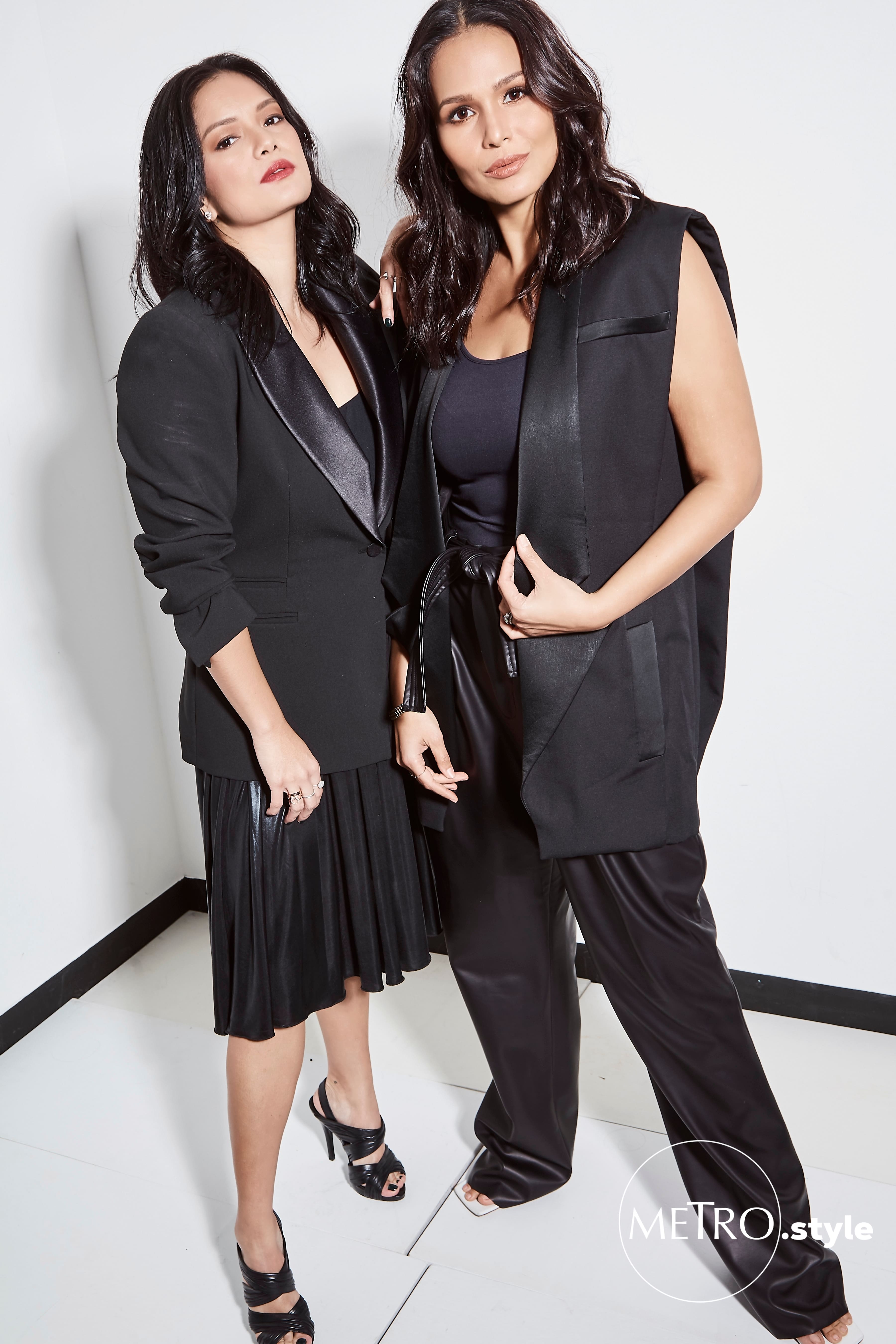 On Iza: Vest by H&M and trousers by Jaz Cerezo EXCLUSIVE: "Sunod" Star Carmina Villarroel-Legaspi Talks About The "Gift Of Family" This Season Of Giving

In the movie, the multi-awarded actress plays the role of Ditas who experiences what it's like to live outside Culion. “Her pain is connected to her memory kasi mayroon siyang iniwanang love before she got the disease,” she shares. “Iba’t-iba 'yung pain nila, of course, pero sa kanya 'yung pinakamasakit kasi alaala.”

One way she can relate to her character is how Ditas is all about sacrifice. “I’ve learned through the years that life has been hard and I’m still standing,” she continues. “Ganu'n din 'yung kay Ditas—when acceptance came into her life, I understood na ganu'n nga talaga. Life goes on and you just have to have a different perspective.”

Meryll loves how the movie highlights Culion's history of being a leprosarium for a long period of time. “It’s about a story of a struggle sa isang lugar that was not given a choice but to endure that for a hundred years,” she shares. “I think it’s an important film to have awareness of our country and our people.” 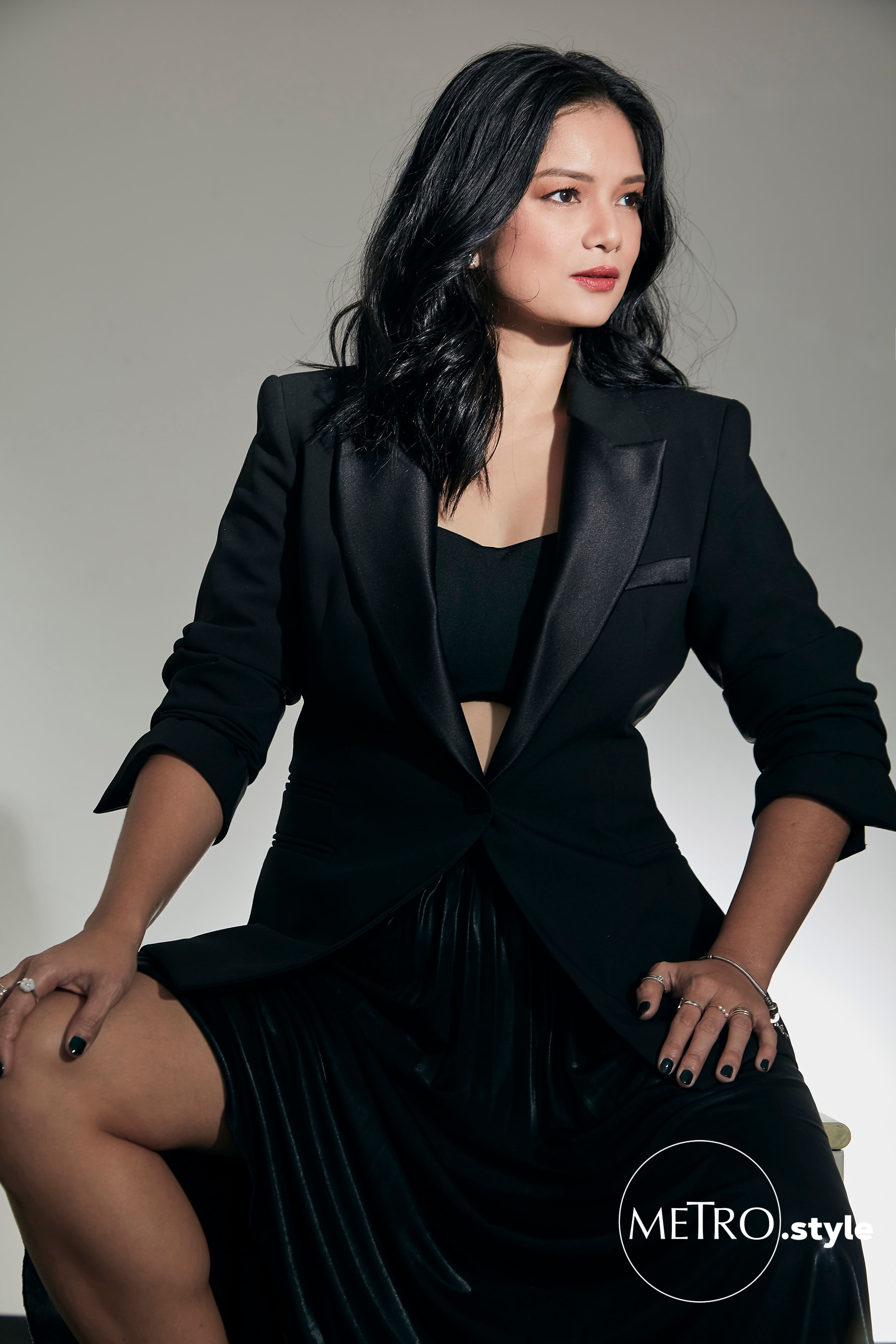 She may be famous for her exceptional acting talent, but not many know she also has a good eye for photography. She calls it her “second expression,” which is something she gets to practice without having to deal with the pressures that come with being on the limelight.

She realized her passion for photography when she was 14 years old, with the help of a camera bought by her stepfather. “We were in Baguio, I used his Instamatic camera and he said ‘Mayroon kang mata,’” she muses. Meryll didn’t understand it then but later found herself interested in the form of art when she had her own camera. She now likes doing street photography, immortalizing scenes that happen around her. “I’m very lucky to be able to travel to different places and to be able to capture the essence of the place,” she says.

A true creative, Meryll is also busy with her own design firm called Do Good Studio. “I did product design kasi lahat ng binibili ko, I always wonder, ‘Paano kaya ito ginawa and para saan siya?’” she reveals, adding that it was likewise her Japanese stepdad who sparked her interest in the craft. “'Yung mga gamit nila sa Japan, ang simple pero it’s of use. I wanted to learn how to make something that is not just an object but an object with function. Product design is really bigger than just an object.” 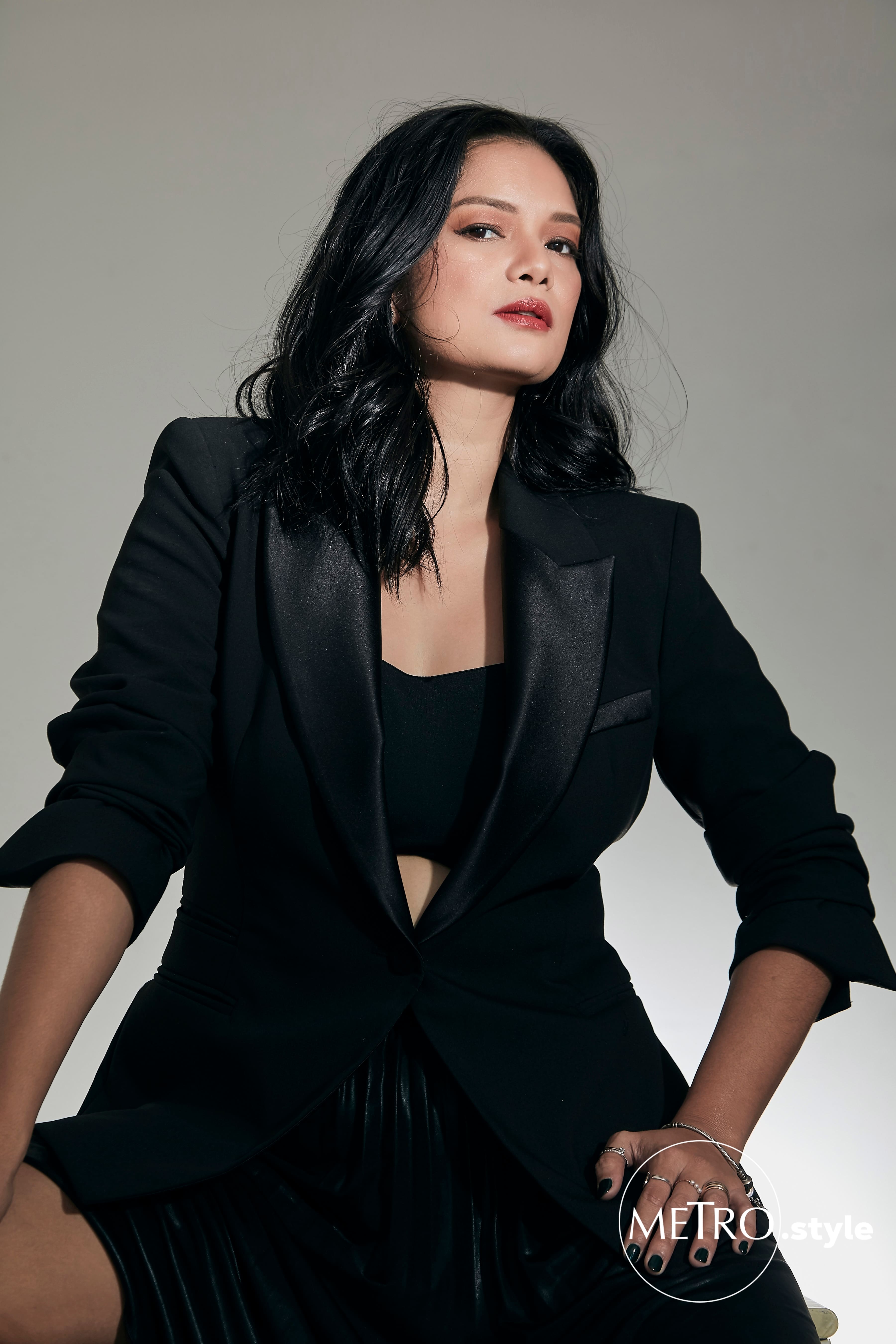 Meryll expressed her excitement in spending Christmas in the Philippines as it’s simple yet joyous, with a lot of food involved. Every year, she looks forward to bonding with her family over hot cocoa, a tradition started by her grandmother. “Cocoa, kain, and lots of picture-taking. Simple lang, pero masaya—that’s just how we are,” she concludes. Culion is an official entry to the 2019 Metro Manila Film Festival, and premieres on December 25. For more information on the film, check out its Facebook page.

Special thanks to Shandii Bacolod 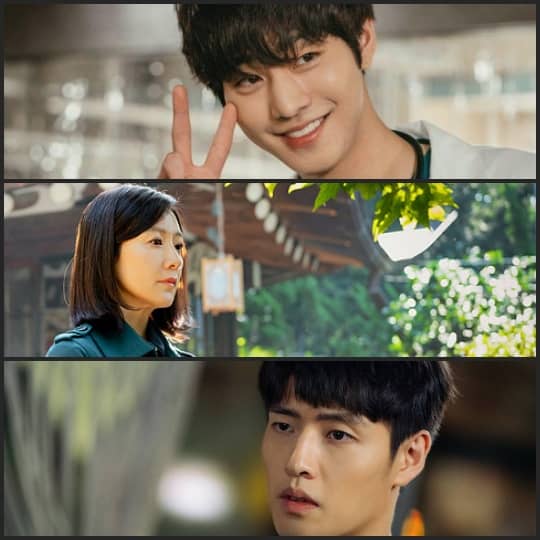 Love At First Sight: A Review of ‘The Invisible Man’