She opened up about her innermost core and motivation in creating music, and talked about her new single, "Berlin"

Italian-Thai singer-songwriter Valentina Ploy’s music has been making its rounds in the Southeast Asian region after her musical aspirations have materialized in a small town southwest of Italy. Famous for her memorable finish in the singing competition shows X-Factor Italy and The Voice Thailand, she has since sailed in the Asian arena and has made it to multiple broadcasting networks in the belt. Armed with her passion for artistry and authenticity, she has glided into the streams of Philippine playlists.

Since debuting in the music industry in 2019, she has so far released nine digital singles: “See You in Life,” “Wire,” “Let Go,” “Love You Better,” “Really Wanna Know Ya,” “Drunk Sleeping in Taxis,” “Extra Life,” “Bla Bli Blu,” and her latest, “Berlin.” She also has one EP, titled Satellite, under her belt. Valentina is an artist under Thailand’s premier independent record company What the Duck, which formed a strategic alliance with Warner Music Asia last April. This partnership helps strengthen Valentina's domestic fan base, as well as introduce her work to music lovers throughout Asia and beyond.

Marked by sheer melodic sounds that are soothing to the ears, a salient point of her version of pop, according to her, is the authentic expression of emotions. In a conversation with Metro.Style, she conveys, “I try at least to write honest songs that can really connect with people’s feelings and emotions, and I hope that that’s the factor that made people connect to my music.”

Interestingly, in 2020, at the height of the pandemic, Valentina found herself alongside some of the most popular talents and emerging artists in Southeast Asia’s music scene, to lend their voices to ABS-CBN Music International’s inspirational song “Heal.” The roster included Filipino singers Jayda, Jona, Kyla, KZ Tandingan, Lesha, Moira Dela Torre, and Xela; Indonesian singers Rinni Wulandari and Yura Yunita; Malaysian artists DOLLA and Shalma Eliana; and Singaporean talents Haneri and Haven.

That same year, Valentina also collaborated with actress-singer Alexa Ilacad on a YouTube performance of the former’s “Love You Better” single.

Scroll through the gallery below to read more: Motivation behind her music

With a flair for translating feelings and surfacing deep-seated emotions, Valentina Ploy echoes her experience through her tracks. “If you’re very, very honest with what you feel and what you’re going through, it can connect people ’cause ultimately, as humans, we all have the same feelings, name, experiences, and love,” she muses. “We share much more than we think we do.” When asked about how she unearthed her inclination to music, Valentina recalls, “I started just writing in my diary when I was little.” She also revealed that she used to struggle with social interaction. “I felt I was very shy and sometimes very insecure and very closed. I wouldn’t speak easily with anybody, so I just used to write stuff in [my diary].” On a lighter note, she leveraged her pains and repurposed them into passion, turning her thoughts into lyrics. “I always enjoyed singing so much because it makes me feel so good, and then naturally, it evolved into the things that I used to write. I started singing them, so it became songwriting. It started being something that made me feel good, so that’s something I always do as a personal therapy.” On merging contrasting cultures into her music

Having been reared in the coastal region of Campania, Italy with the sea in Sorrento as her environment, Valentina is highly attuned to her hometown’s natural backdrop. Valentina shared how her cruise in singing and songwriting came about, saying, “It was actually very random ’cause I was living and studying here in Italy, and then I used to go there [to Thailand] on holidays every year ’cause I’m half-Thai… One year, I was like, ‘Okay, I want to try and go on The Voice Thailand!’ because I’ve done some things like that in Italy as well… Why not? I want to try [them] in Thailand, too.” Born to an Italian father and a Thai mother, she fosters music that bears both a Western and an Eastern touch to it. When she hopped from Italy to Thailand, there was a turn of events. “Things started happening [and] I started working. That’s how I actually met my current indie label in Bangkok, What the Duck Music, and we started working together so I basically never got back to Italy and didn’t mean to,” she says with a smile that extended to her eyes. 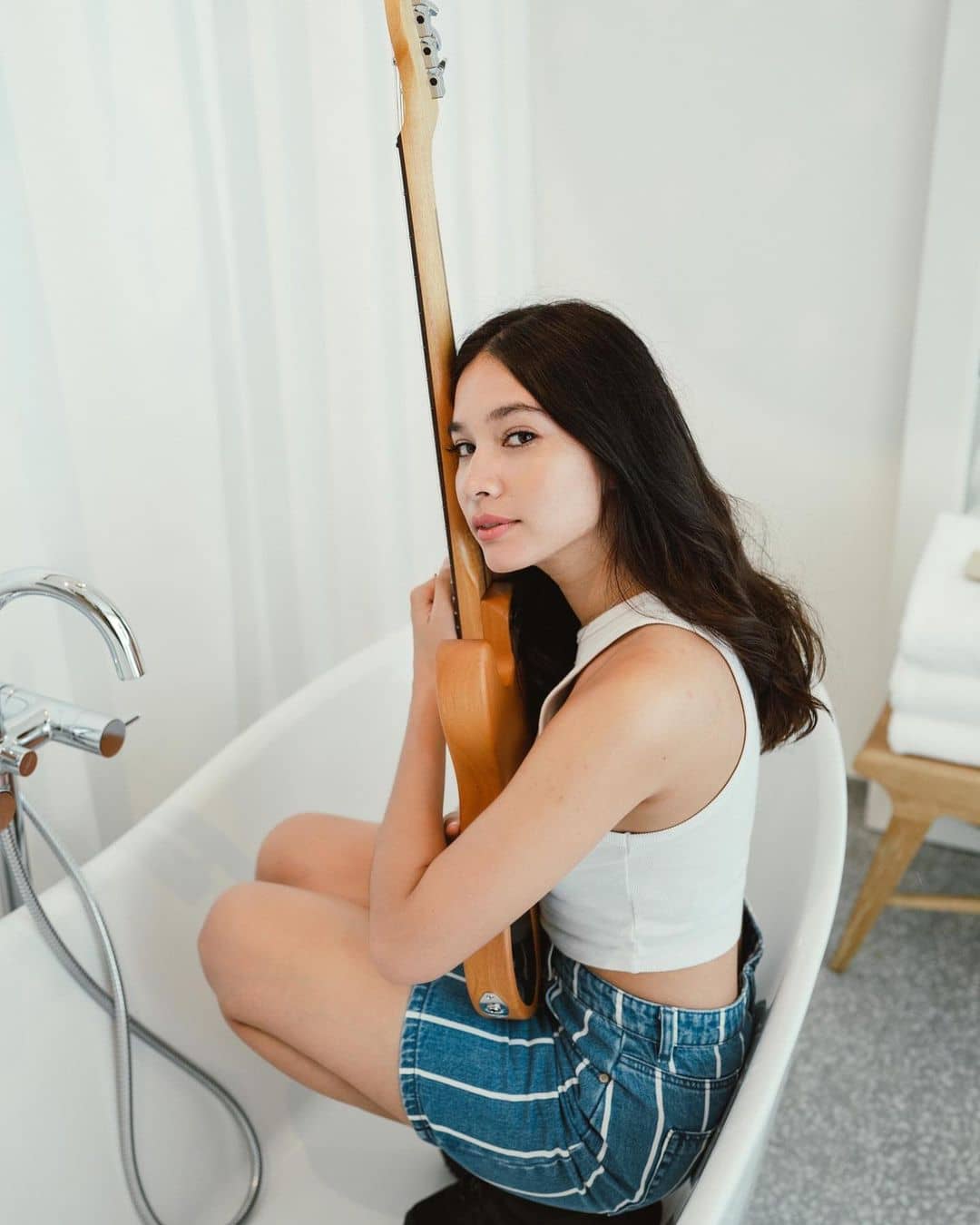 When asked about how she marries the contrasting cultures she grew up embracing into her music, she states, “I think I just embrace them and sometimes they are very contrasting but I find that sometimes, they’re also very similar.” Having a shared bloodline, the blossoming singer imbibed the combined cultures as a child and later incorporated them into the make of her music. “Musically, that influences me ’cause I grew up obviously listening to both,” she shares, mentioning in passing that with her mom in the car, the songs that she would tune into were those of traditional Thai. 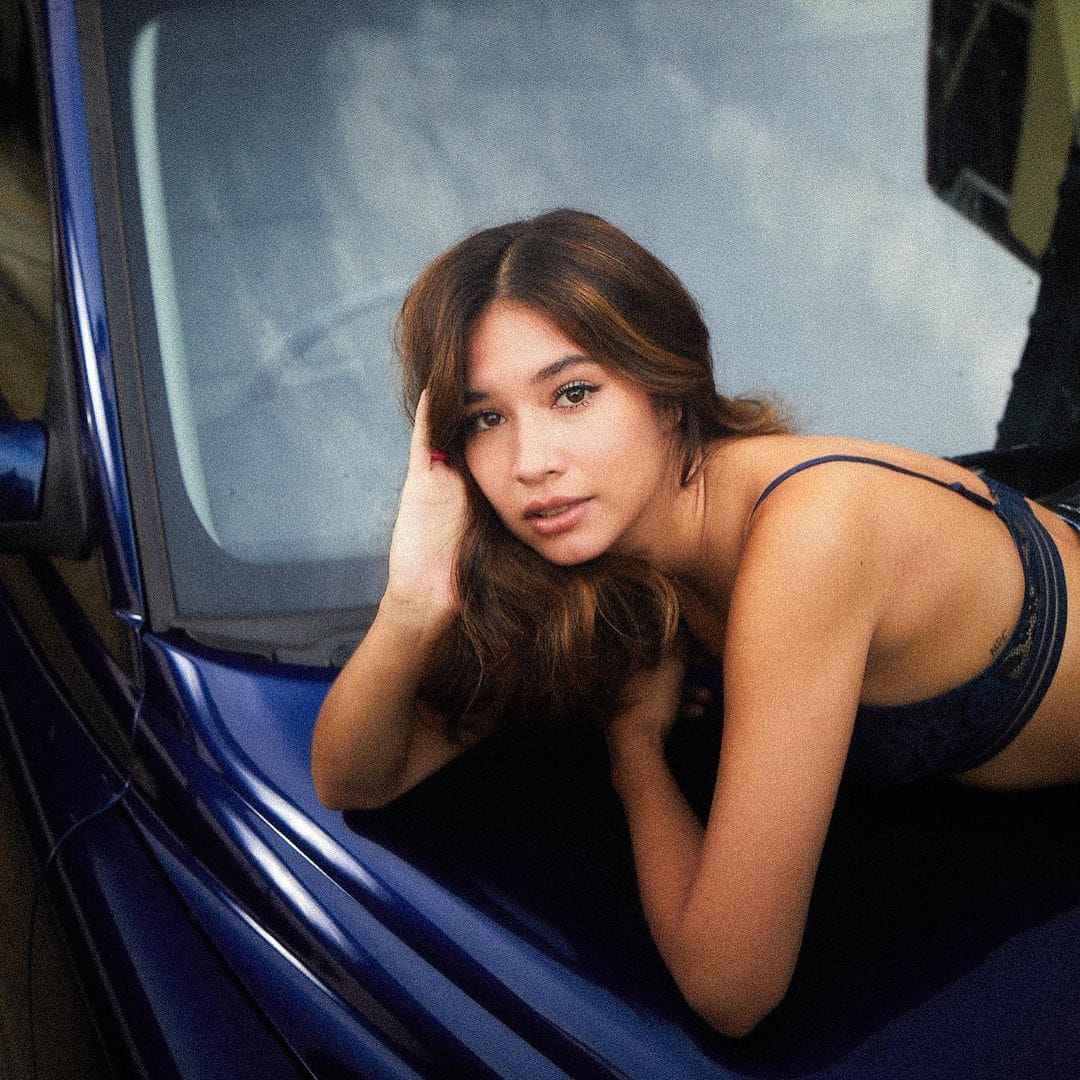 Berlin Wall as reference to her newest release, “Berlin”

In Valentina’s perspective, as we blanket ourselves out of fear of breaking our own hearts, we hatch up plans to pain-proof ourselves and outplay the looming loneliness that we may face in the process of moving on. “‘Berlin’ is a song about breaking down one’s emotional walls—it’s like the walls that we create in relationships out of fear and insecurities,” she starts off. “It’s called ‘Berlin’ because I compared it to the Wall of Berlin as a symbol of division. It didn’t serve any good and it just separated people.” 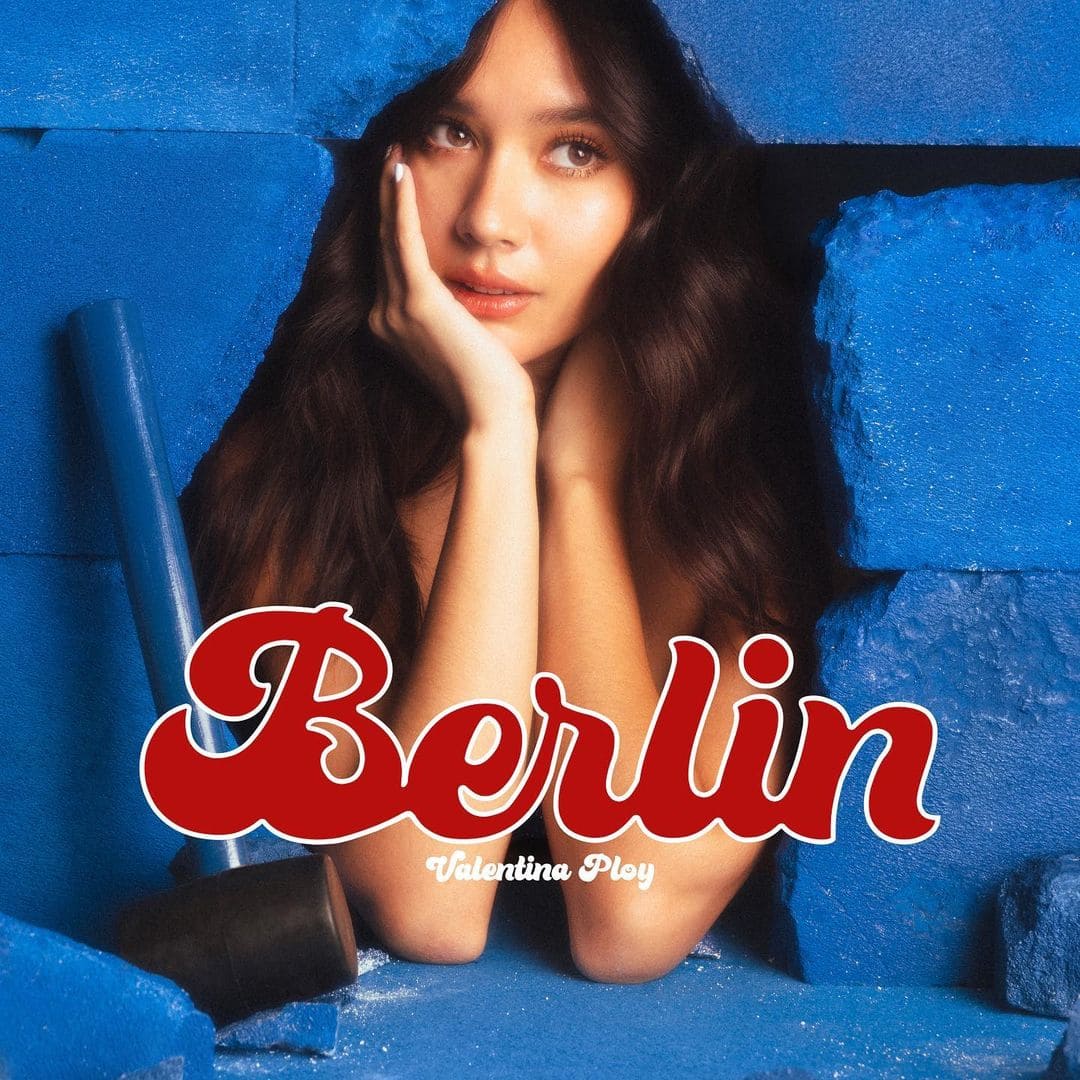 The Berlin Wall, which is a guarded barrier in Germany, stood from 1961 to 1989, is a concrete partition that was constructed to separate people from East Berlin to West Berlin ideologically and physically. In comparison, Valentina says, “In the same way, it’s like a wall in a relationship—physical [and] emotional walls. Every wall is just a separation. At the same time, the song is quite upbeat and uplifting in the sound, ’cause I wanted it to represent a celebration of also the low times in a relationship, and embrace the fact that a relationship and love and life is made up of ups and downs and there is still the positive side to the negative.”

Lead and gallery photos from @valentinaploy

Special thanks to Warner Music Philippines

We Listened For Plant And Indoor Gardening Tips From Nadine Lustre, The Coolest Plantita Of Them All

Ong Seong-Wu Can Woo Us Anytime—Get To Know The Korean Singer And Actor!