Park Min-young has been a favorite K-Drama leading lady, and for good reason. More than her captivating beauty, it's her excellence and versatility in acting as well as her unmistakable on-screen charm that have been winning fans' hearts over.

Throughout her 15-year-long career, she has received many acting awards and nominations for popular K-Dramas like Sungkyunkwan Scandal, Glory Jane, Healer, Queen for Seven Days, What's Wrong With Secretary Kim, and Her Private Life.

But this 34-year-old's talent isn't limited to acting; she also has hosting skills and comedic chops (as proven by her gig in Netflix's Busted!), can bust a move (check out this video of her dancing), and can serve as a fitting muse for fashion and beauty brands (she's a Tod's ambassadress).

Recently, she also joined the roster of Korean celebrities (like Park Seo-joon, Ji Chang-wook, IU, Sandara Park, and Shin Se-kyung) who have ventured into vlogging via their own YouTube channels. Called "Just Parkminyoung," the channel is meant to give a peek into her personal life and bring her closer to her "Minyons" (the nickname she decided to call her subscribers). As of this writing, she now has 647,000 subscribers on the video-sharing platform.

Park Min-young is nominated in Metro.Style's Most Beautiful Korean Actresses poll, and there's no doubt she's one of the most head-turning in the industry.

Get to know the beautiful, sought-after K-Drama leading lady Park Min-young in the gallery below: 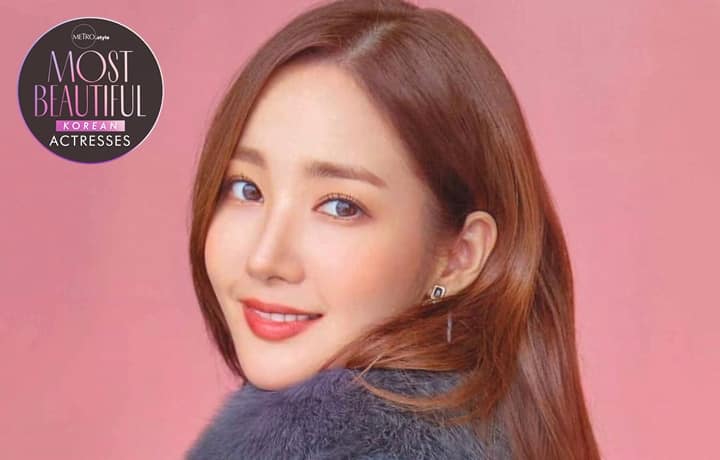 Get To Know Actress Park Min-Young 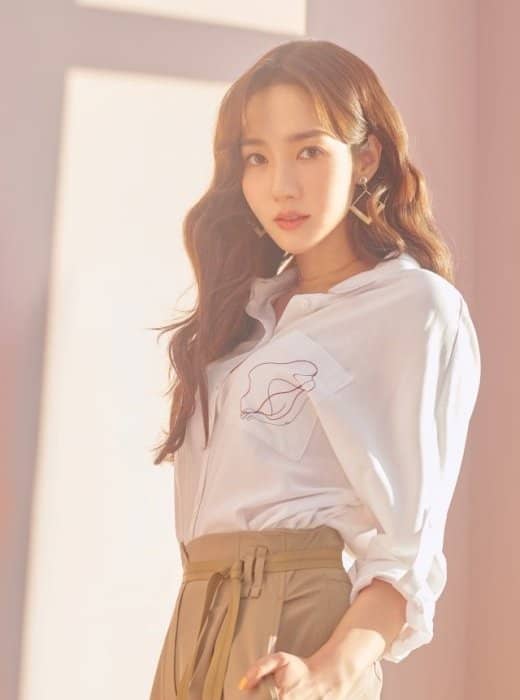 Park Min-young is one of those celebrities who first began as a model. It was a telecom commercial in 2005 that kick-started what would be an illustrious acting career for this talented and passionate star. Just a year after that stint, she made her acting debut via the sitcom "High Kick," for which she was recognized as the Best New Actress in Comedy/Sitcom in 2007's MBC Entertainment Awards. 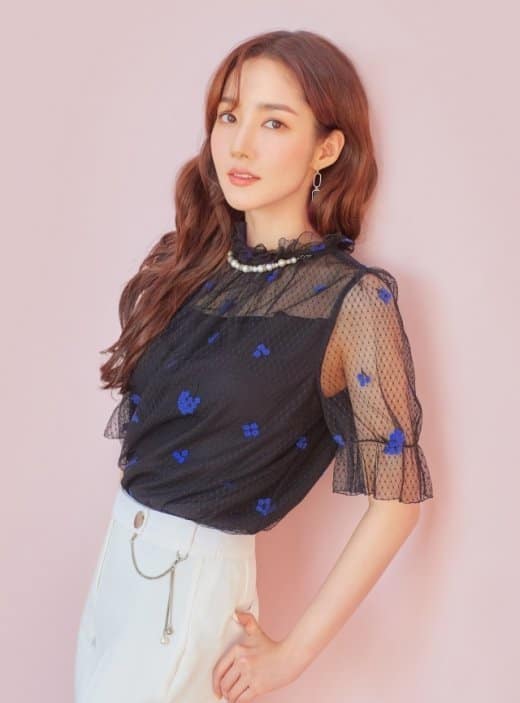 Since she first had her taste of a TV series in 2007 through the K-Drama "I am Sam," Park Min-young has been unstoppable. She's had shows every year since. But her breakthrough project would come about three years later in 2010, when she starred in the historical drama "Sungkyunkwan Scandal," a role that required her to disguise as a man. She starred in it alongside three famous Korean actors: Park Yoo-chun, Yoo Ah-in, and Song Joong-ki. 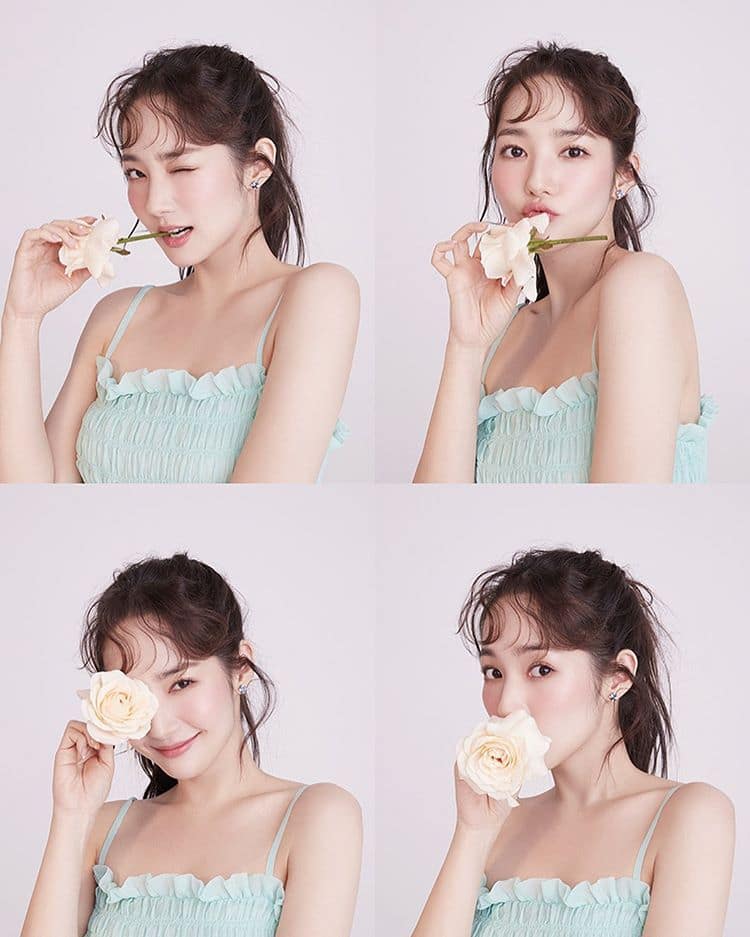 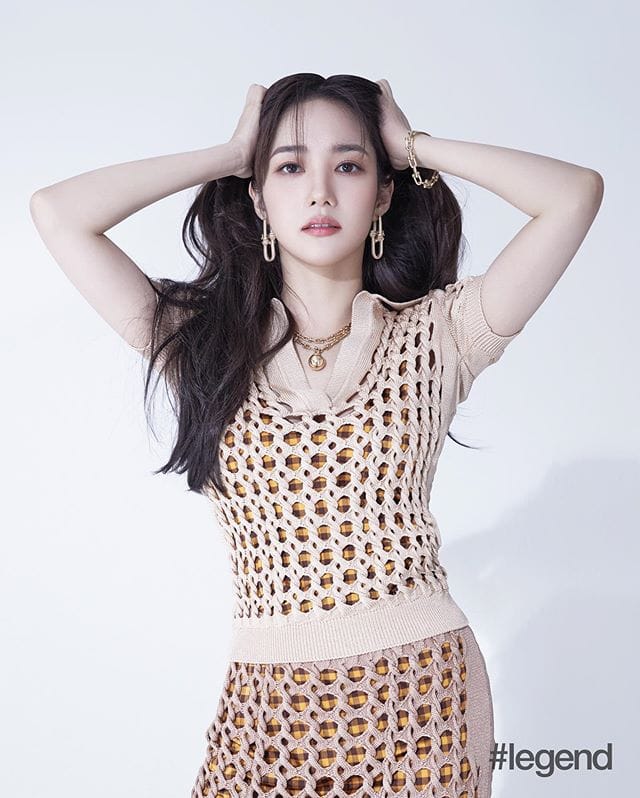 In 2018, after dominating the K-Drama scene for more than a decade (she only has one movie in her filmography, 2011's "The Cat"), Park Min-young expanded her horizons by agreeing to be part of the Netflix series "Busted!," which is partly unscripted. With the show having an exciting concept that highlights the stars' real personalities, it was such a breath of fresh air for this actress who loves challenging herself. In an AsiaOne article, she was asked how long it took her to agree to this project. She said, "For Season One, it took me one hour to decide that I wanted to do it. I listened to their explanation for an hour and I said OK. As for Season Two, it took me one second. It was understood while filming Season One, we would do a second season. So, without even thinking, I said yes when I was asked again." 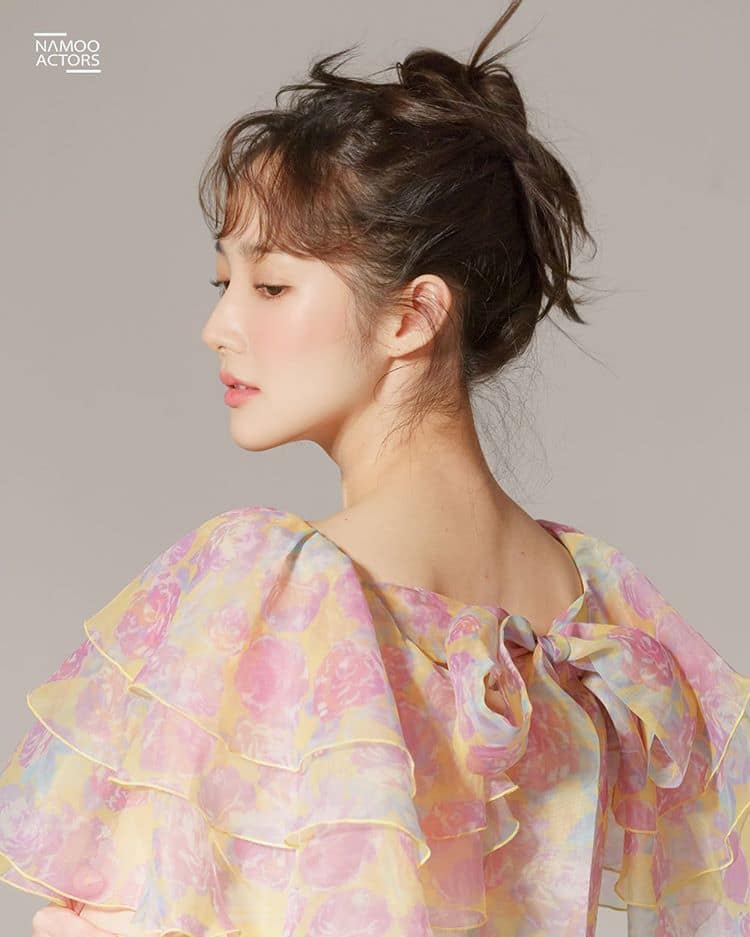 The genres of Park Min-young's K-Dramas range from rom-com to historical to action-thriller to melodrama to medical drama to legal drama. This fact alone proves her remarkable versatility. Thanks to her memorable portrayals and amazing chemistry with her leading men in "What's Wrong With Secretary Kim" and "Her Private Life," she also became a great contender as the rom-com queen in K-Dramaland today. But since she's the type who doesn't want to box herself into stereotypes, she also expressed her interest in taking on a villain or a psychotic character. 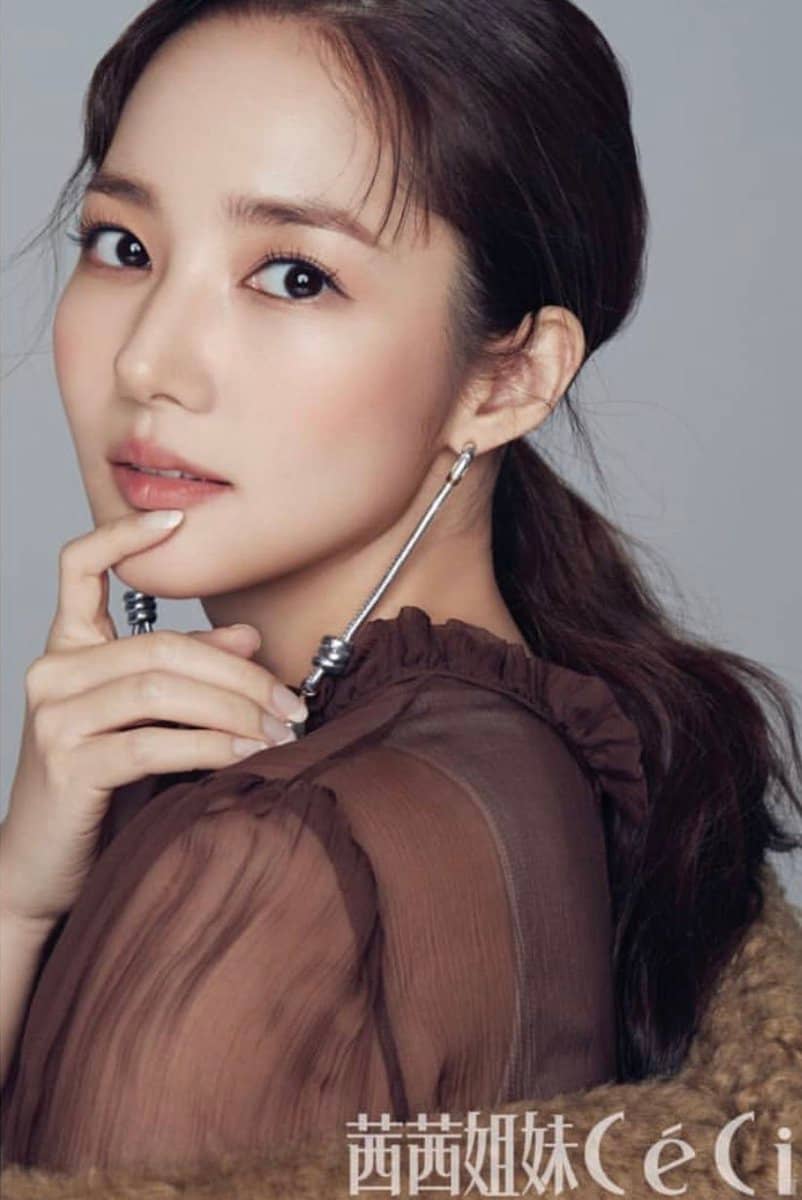 Ask any actress about the favorite role she has done and one is most likely to be hard-pressed to answer (some will say it's like choosing who your favorite child is). But for Park Min-young, while all her projects are special in their own ways, there are those that simply stand out. In an interview with Cleo Singapore, she shared that her favorites change as she gets older, because what typically resonates with her during a certain period of time is the role she can empathize with in real life. She said, "In my 20s, it was Yunhui in 'Sungkyunkwan Scandal.' And in my 30s, what got me close to the role as Kim Mi-so in 'What’s Wrong with Secretary Kim' is that, over the course of time, I got older at the same time too... Hence, they are my favorite characters." 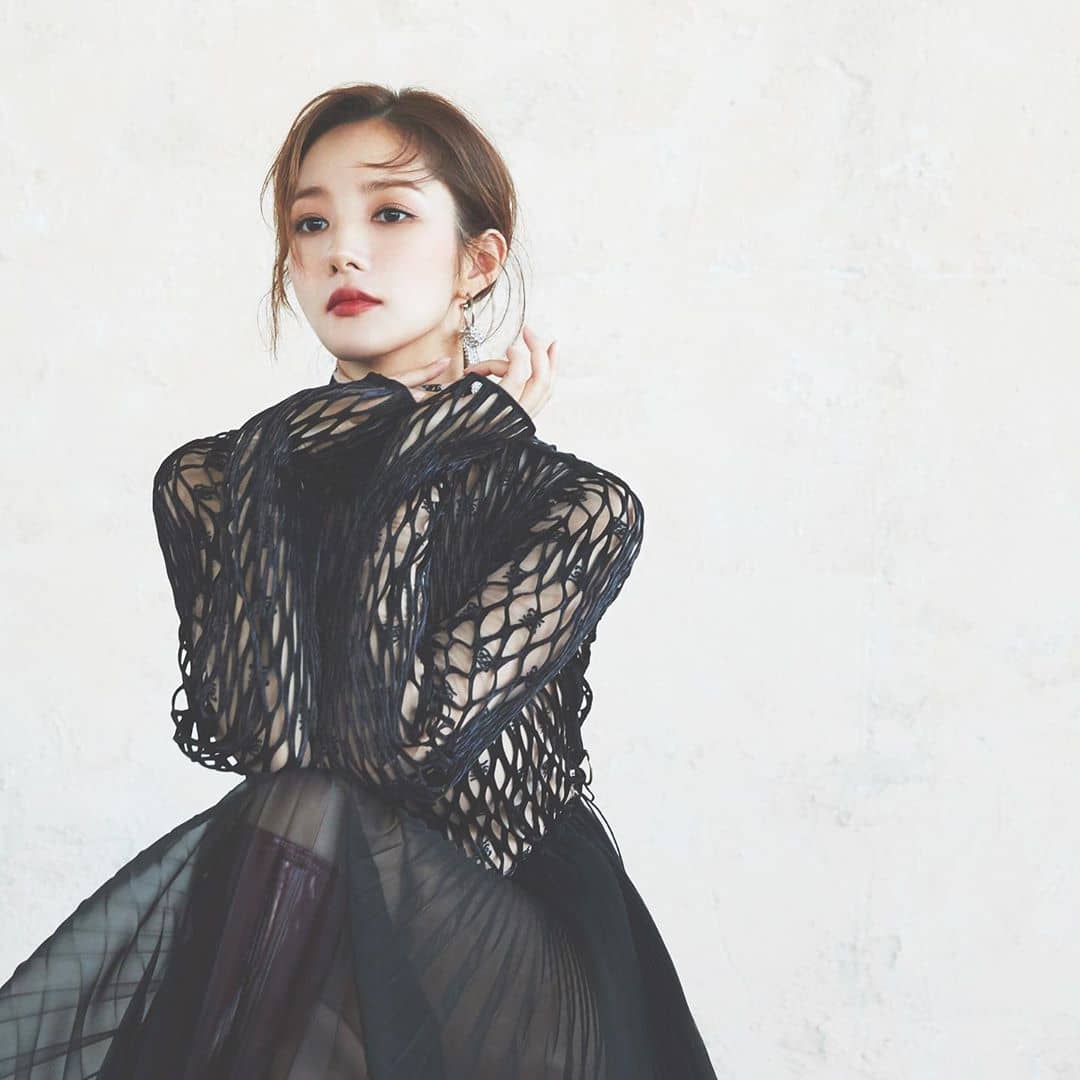 When it comes to the most challenging role she's ever had to breathe life into, Park Min-young points out her latest character in "When the Weather is Fine," an unemployed cello teacher who's trying to find her life's purpose and meaning. She told Cleo Singapore, "It’s challenging at all times, but the most challenging character should be the one which I am filming right now. It’s a calm character that I have never tried before. The previous two dramas from 'What’s Wrong With Secretary Kim' to 'Her Private Life' were both romantic comedy, but it’s a really calm character this time round. I have to maintain an expression of hurt and sorrow, so it’s a new challenge for me right now and that’s really tough." But she's not complaining, because the more challenging a role is, the better for her. "Every work isn’t easy to me, and I don’t want to work on something that is easy too," she added. 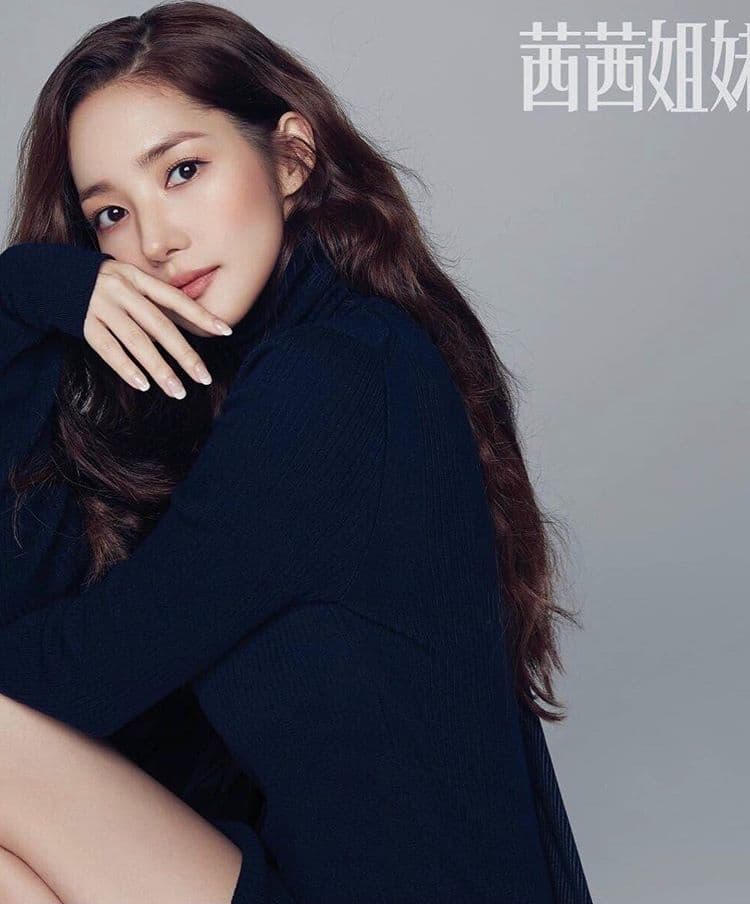 Curious as to what project really made a huge difference in her acting career in terms of acting awards received? That's none other than "What's Wrong With Secretary Kim" which gave birth to the now-iconic ParkPark K-Drama couple (Park Min-young x Park Seo-joon). It gave her a total of seven awards! Park Min-young specifically liked how cool and confident her character here as skilled secretary Kim Mi-so is, and that clearly showed in how she so passionately gave justice to the role. She told TenAsia, "Kim Mi-so also has this charismatic ability to outclass other people by being feisty and respectful at the same time. I was so happy while I was playing Kim Mi-so because she’s like an iron fist in a velvet glove.” "Keeping a good balance between myself as an actress and as a person was the key to coming this far," Park Min-young said in a Hashtag Legend interview. No matter how busy she may be, she never forgets the importance of balancing her hectic daily grind as a celebrity with a relaxing off-cam life spent doing the things she loves with the people dearest to her. With her YouTube channel, that behind-the-scenes look into the private life of this Hallyu star is what's giving her fans more reasons to love her. She's sweet, funny, quirky, and is quite a domestic goddess too. What's wrong with Secretary Kim? Nothing! To her millions of followers, she's perfect just the way she is.

You may still vote for Park Min-young in Metro.Style's Most Beautiful Korean Actresses poll. Click here to vote! Voting is until tomorrow, September 29, Tuesday, 11:59 p.m.