EXCLUSIVE: Get To Know Filipina-Spanish Actress Alexandra Masangkay From Netflix's "The Platform"

So, have you seen it yet?

The Spanish film that's being described as an incredibly apt watch during this time is a real gem for movie lovers of all sorts. The Platform (also known as El Hoyo or The Hole) is a movie that excites, spooks, and disgusts but ultimately sends a message to remember to be fair, brave, and human when it's most difficult to; it's up on Netflix this March.

Zoning in on the "experiences" (if you can call them that) of protagonist Goreng in a top-secret facility that performs experiments on people and the equal—or rather the unequal—distribution of food, the film is real a sucker punch to the heart.

We'll let you ride out the movie's lean but mean one hour and 34-minute running time to discover more on your own (preferably at night and after a meal!), but before you do, we're here to shine the spotlight on another stellar element from the film: fresh-faced Alexandra Masangkay, a Filipina-Spanish actress whose butt-kicking role peppered this thrill ride with a whole lot of awesome.

Get to know Alexandra better in the gallery below. Here, she also shares her thoughts about the COVID-19 outbreak, as someone who lives in Spain, one of the hardest hit countries in Europe.

TikTok, Netflix, And Workouts—Here's How Local Celebs Are Spending Their Time Under Quarantine 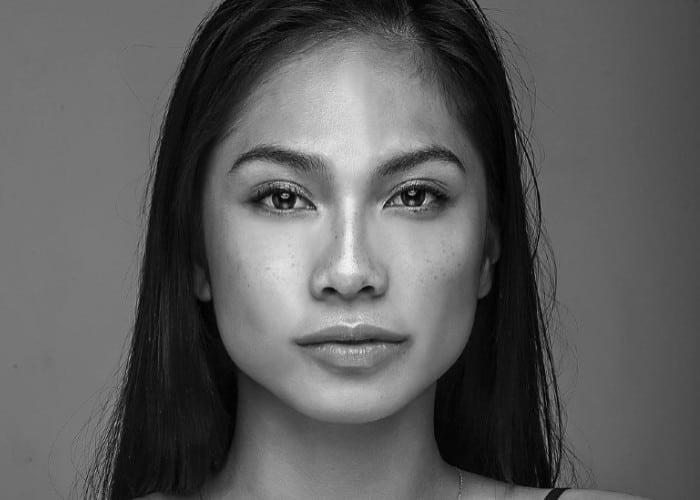 Get to Know Alexandra Masangkay! 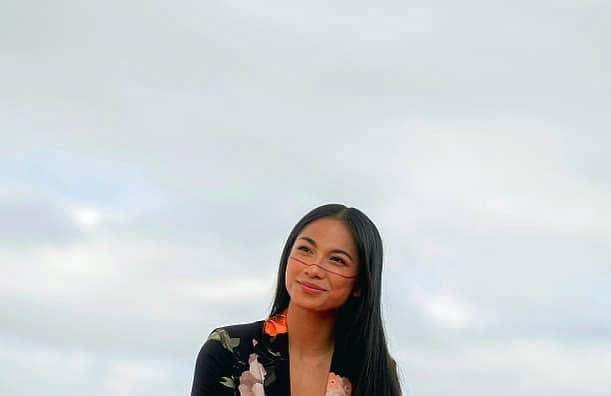 She plays Miharu in the film, an actress searching for a very valuable thing to her that's lost somewhere within the facility. Mihari is a tough cookie onscreen, and she tells us a lot about what humans are capable of when pushed in a corner during times of crises. 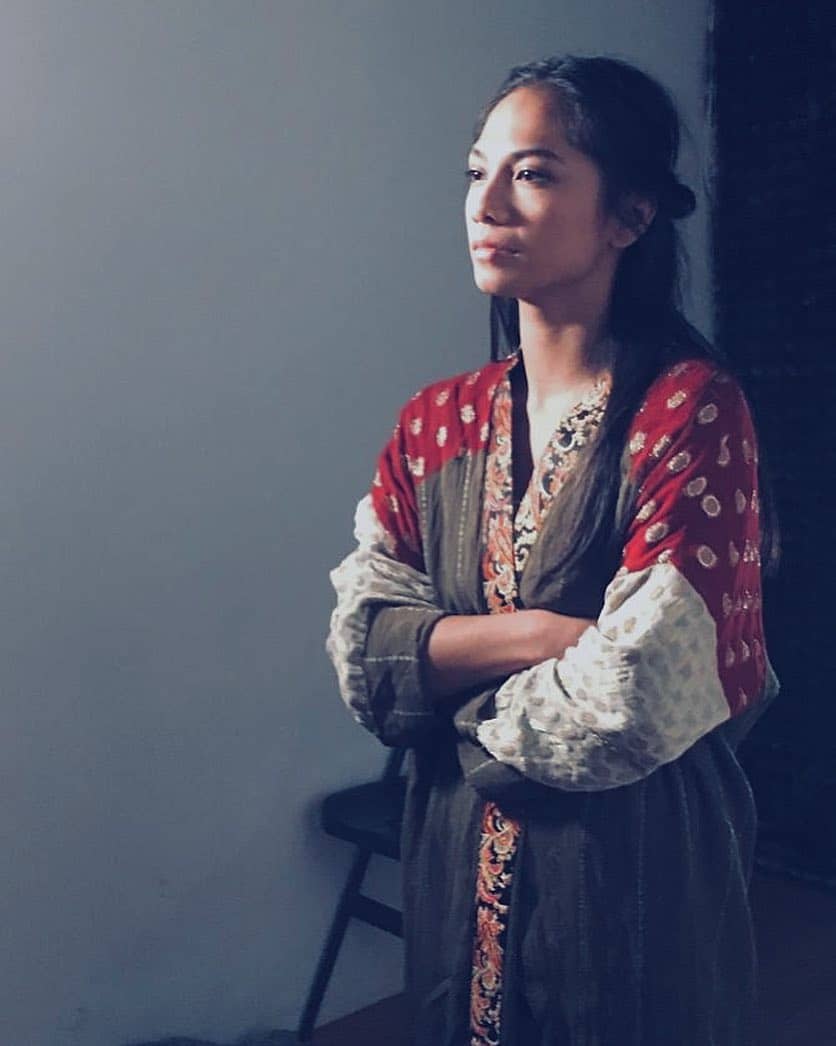 What she loved most about this role was its complexity and the excitement surrounding it. "Miharu’s character is very juicy to play and at the same time very complex. My work consisted of knowing her and being as fair as possible to give her life without judging. And perhaps not the most difficult, but I do always have respect for the action scenes and they're challenging," Alexandra explains. 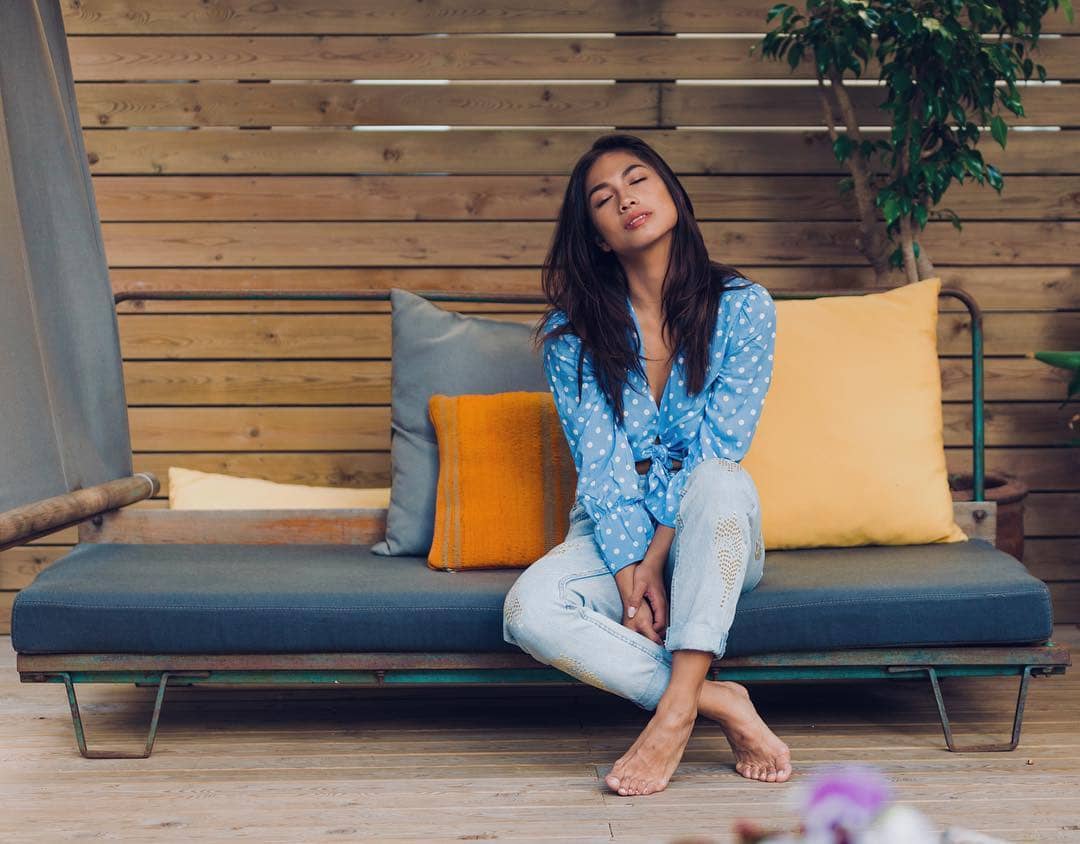 She auditioned for "The Platform" because she fell in love with its incredible script and the message it wants to send. "I really like everything the film tells and says. More so now, because of the COVID-19, I feel that it has many parallels with real life or because of the context in which we are right now, the similarities seem to be seen better," she tells us. 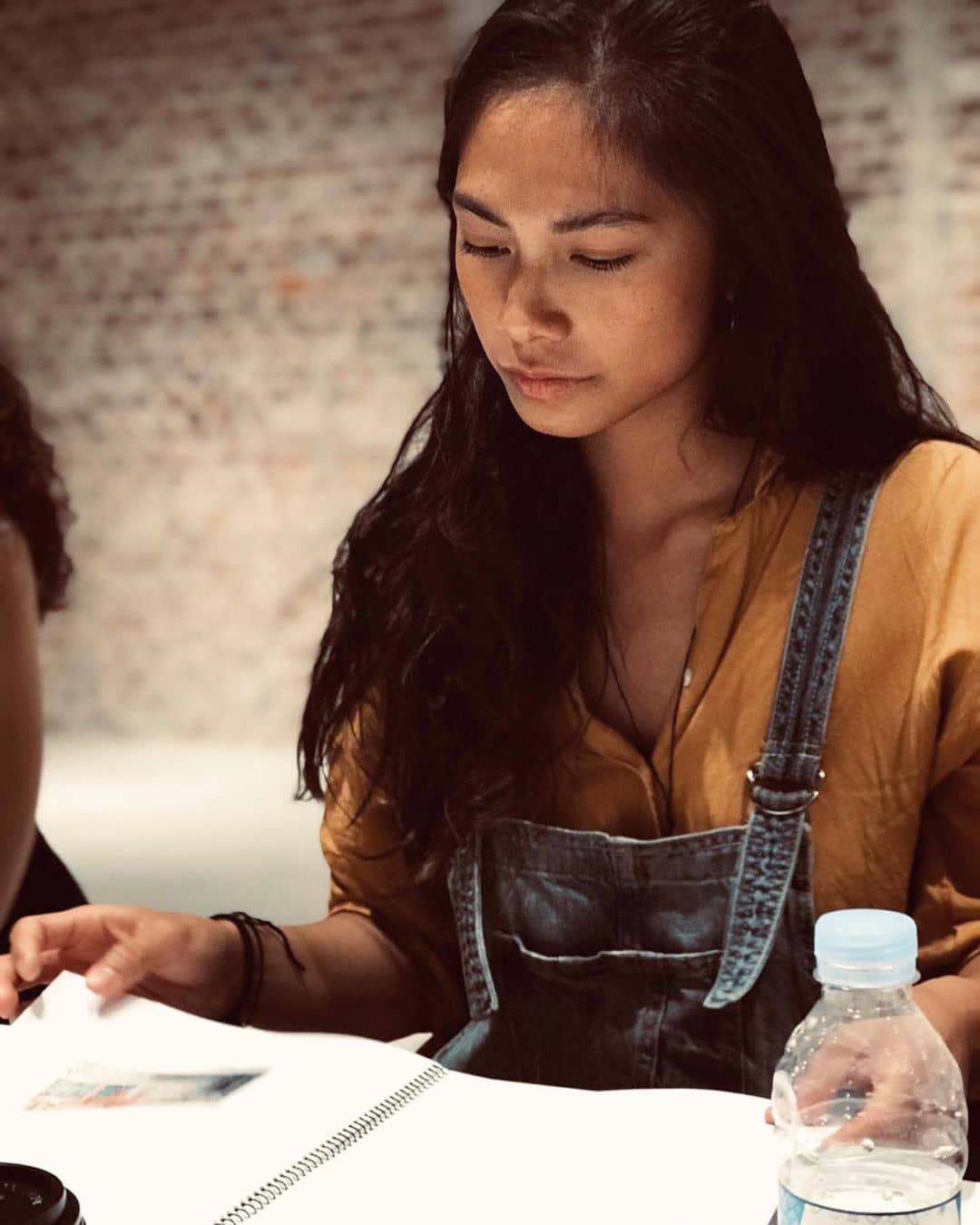 Although she was born in Barcelona and is based in Spain, Alexandra is still very much in touch with her Filipino roots; after all, both her parents are Filipinos. Her family is originally from Batangas, and according to her, her Filipino side reminds her to "uphold the principles of humility and respect for the elderly and the family." 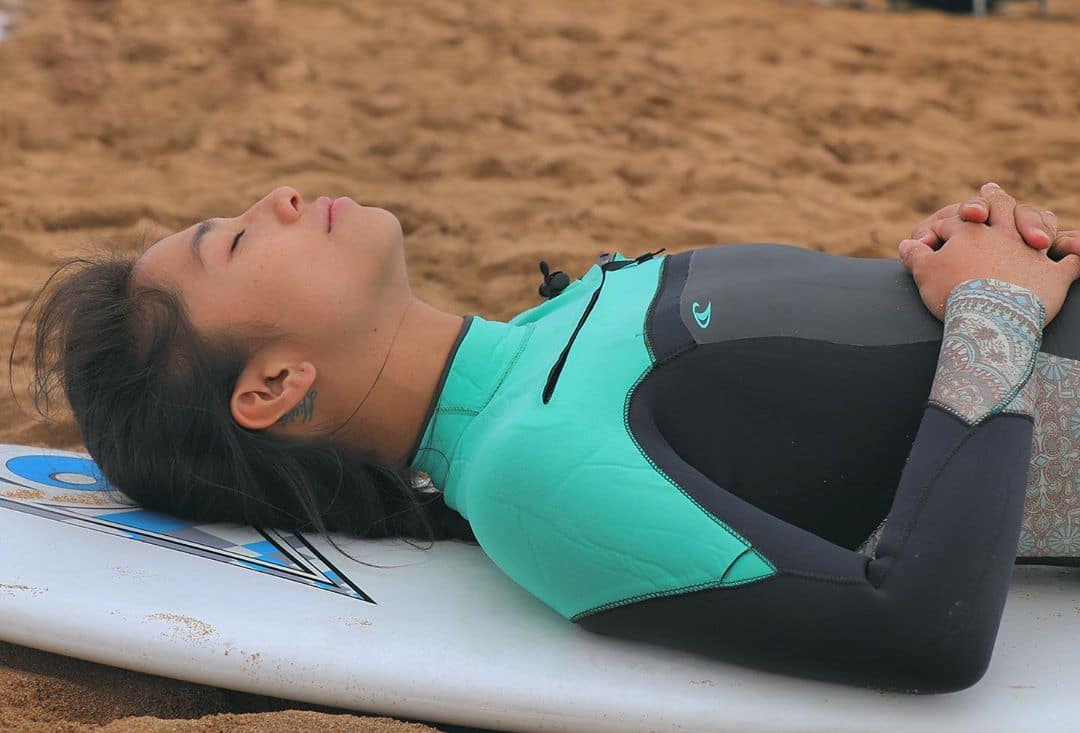 She has visited the Philippines before and would love to come back. The last time she was in town was in 2016 when she spent time in the beach town of Baler. The world may be getting to know her better from her role in "The Platform," but that actually isn't Alexandra's first experience of starring in a Netflix production. She has also starred in “1898: Our Last Men of the Philippines” where she played Filipina character Teresa. (The historical drama focuses on the Siege of Baler in the turn of the century). 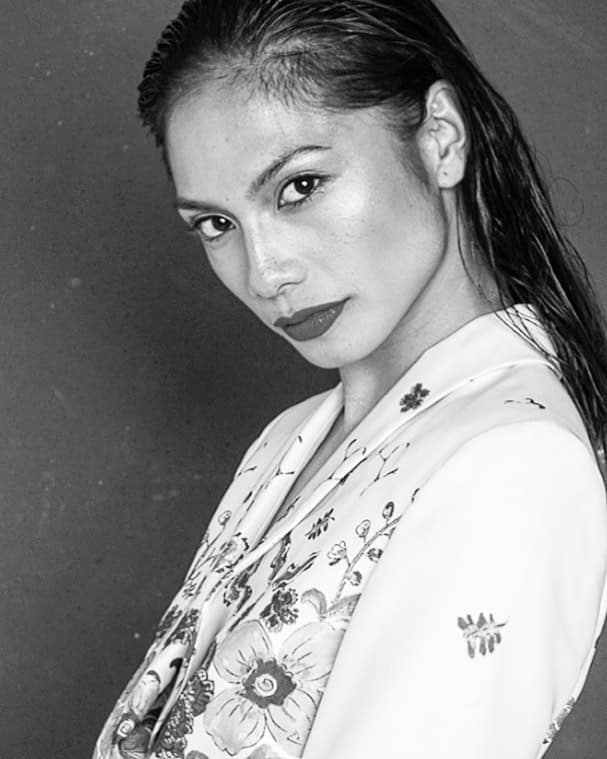 Acting isn't Alexandra's only artistic pursuit. She dances, sings, and paints, too, and is an overall creative! Sharing more about her artistic journey, she says, "My artistic side began when I was 18 years old when I participated in 'Operación Triunfo,' a music reality show here in Spain. After that program I entered my first musical television series where I sang and composed while acting. At that time I started my training as an actress and until now it has been my best choice. Acting has been a precious discovery that has helped me professionally and personally. I’ve always been sensitive and emotional—and acting helped me to balance myself." 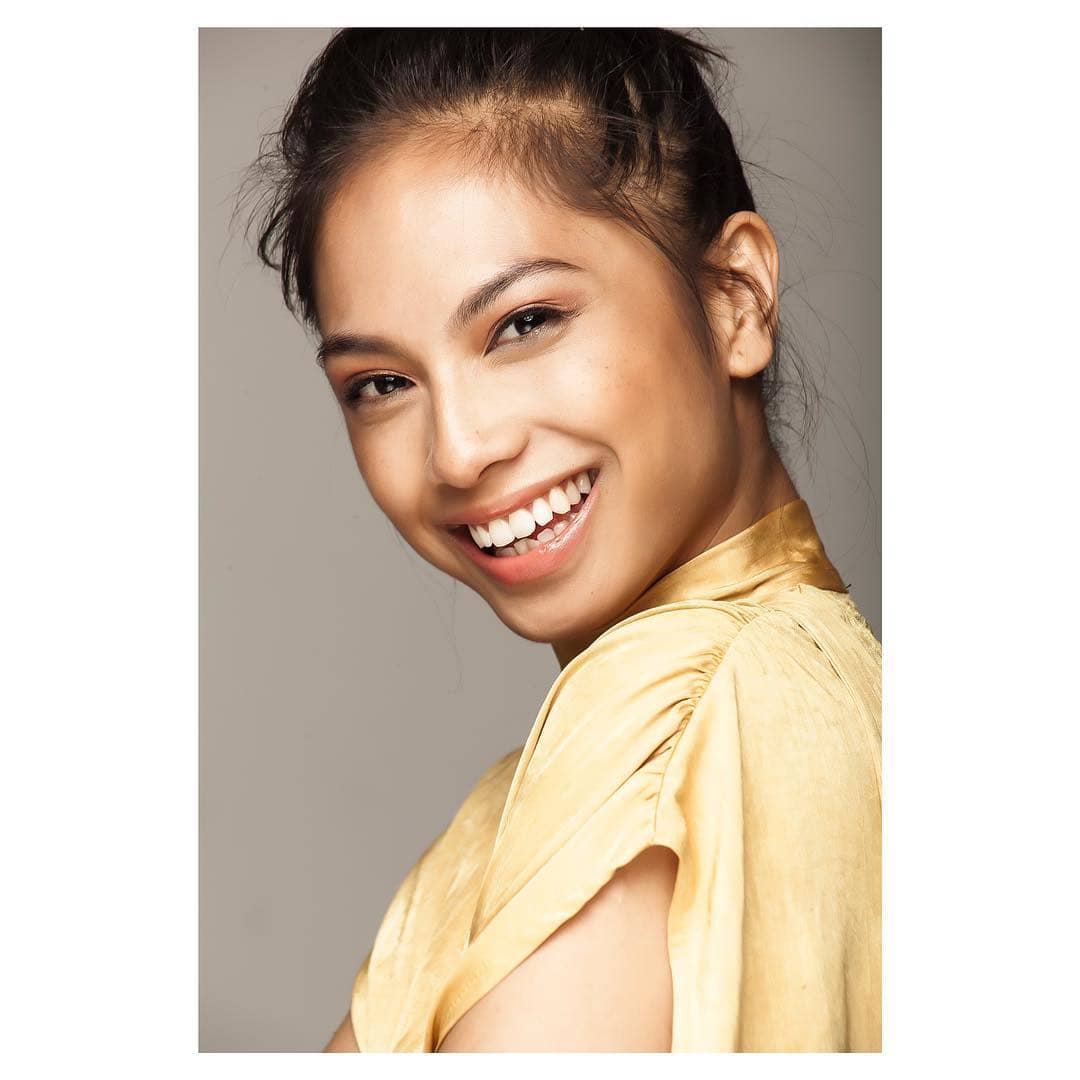 She might be a newcomer in the scene, but she's learned a hundred and one things from her filming experiences. "Acting has taught me to work as a team too. Apart from what it brings me internally as an individual, I think that a good actor and actress is aware that all the departments of a project, in this case a film, are important and we must respect each other and work together. I’ve had the best companions and even though it was a tough shooting, we’ve had time to enjoy too," she shares. 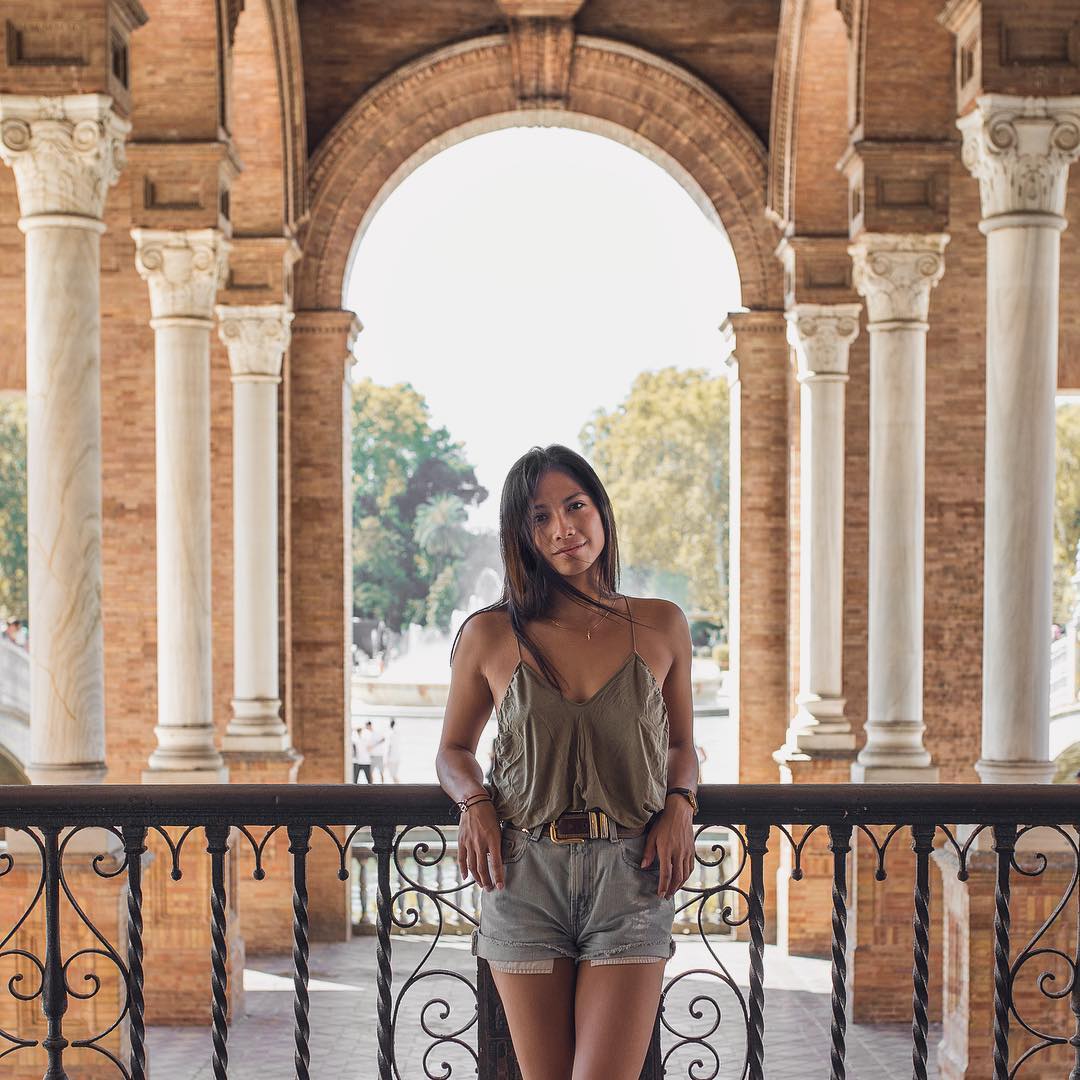 She looks forward to working on more projects but everything is on pause for the meantime because of the COVID-19 outbreak. "Because of the COVID-19 here in Spain at the moment everything is stopped. But I am looking forward and wanting to overcome this, to be stronger and better people for everything new that has to come," she says. Whether these projects will have her acting, or singing and dancing the next time around, we'll have to wait and see! 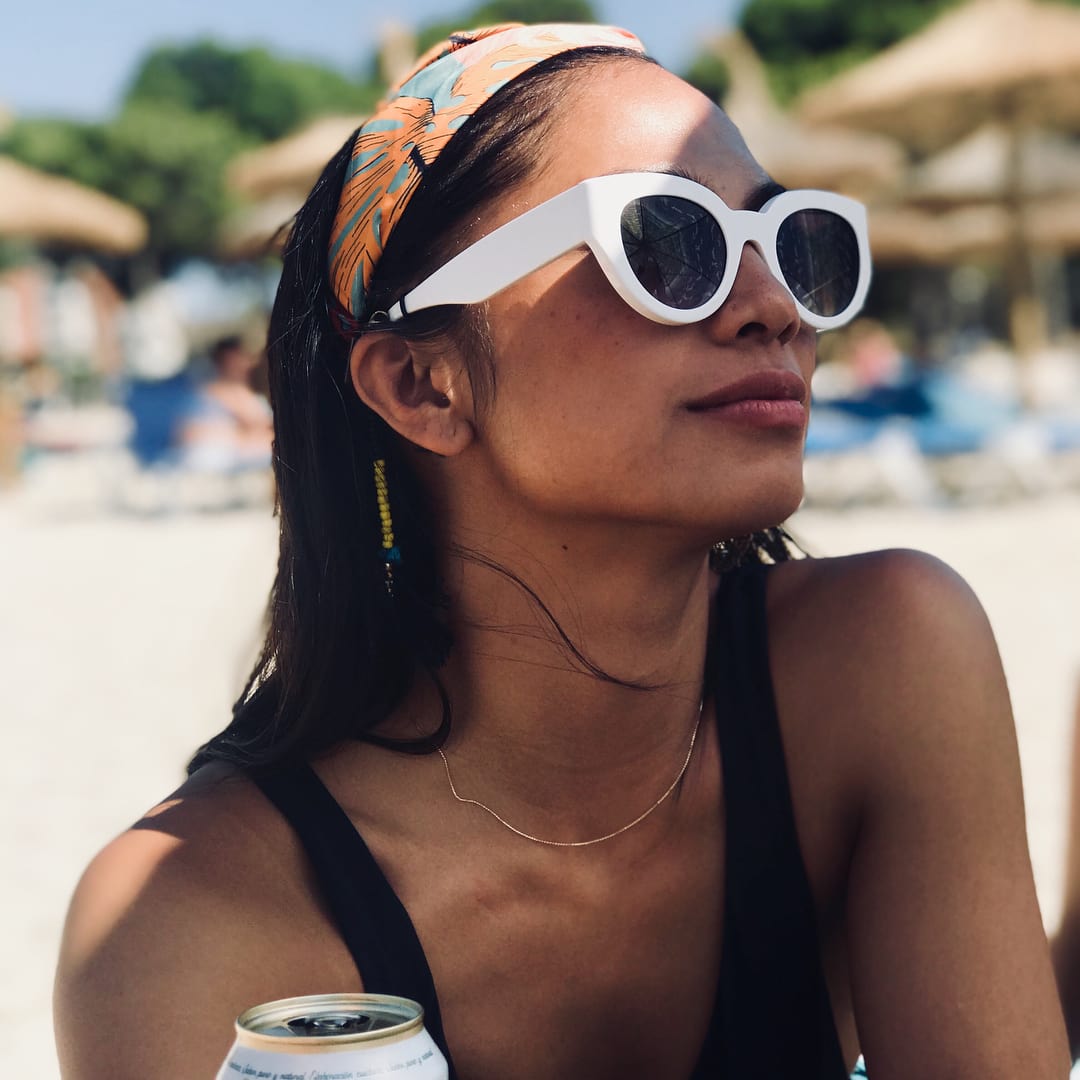 Even when she's not busy bringing characters to life in front of a camera, she's hard at work perfecting her craft or branching out in other acting-related endeavors. "I am a person who likes to learn a lot and when I am not working I try to rest or continue training in different disciplines. Also, an actor and actress must continuously train and train to have our instrument ready," Alexandra shares. Just this year, Alexandra founded an acting studio in Madrid. She called it the Lapu-Lapu Studio for Actors and Actresses! Even when she's not acting on screen, her love for acting definitely doesn't end when the cameras stop rolling. Given the toll that the COVID-19 has taken on the world, and Spain especially as one of the hardest hit countries in Europe, Alexandra shares her thoughts about this: "I believe that now more than ever we must be responsible and supportive and what we can do is stay at home and follow the preventive measures to end this virus as soon as possible. It's in our hands to make it possible."

She continues, ""Most of us stay at home which is the most important thing right now. Also there are many people who are making masks because of the lack of sanitary material. And there are many initiatives on social networks! There are many people willing to help those who need it—psychologists, teachers doing free classes, personal trainers giving classes online to maintain the body during confinement, music, many artists doing live singing online. The truth is that the most beautiful part of humanity is coming out. I also want to thank our public health workers for all the work they are doing. And the cleaning services, food companies, police, and military that put their lives and their families' at risk so that we can get out of this pandemic."