Did you know he's been to Cebu, Philippines twice before?

The recently-concluded K-drama Vincenzo ended on a high note with an average nationwide rating of 14.6 percent for its finale episode. More than the story and, of course, the drop-dead gorgeous mafia consigliere Song Joong-ki (aka Vincenzo Cassano), what viewers really loved about this black comedy is the cast—from the fun group of tenants in Geumga Plaza (which includes fesity lawyer Hong Cha-young, portrayed by Jeon Yeo-been) to the villains at Wusang Law Firm and Babel Group.

One character who really stood out and showed great development as the story progressed was Jang Han-seo, remarkably portrayed by young Korean actor Kwak Dong-yeon. Jang Han-seo is the half-brother of Jang Han-seok (Ok Taecyeon) and is the illegitimate son of the previous chairman. He was first introduced as a rude and dumb chairman of their family's company, the Babel Group, and later it was found out that he was just managing the company in his brother's place.

Fed up with his brother's cruel, brutal, and psychopatic ways, he decided to turn against him and teamed up with Vincenzo whom he considered like his brother, someone who sort of mentored him as they plotted schemes to fight the ultimate villain together.

As much as netizens petitioned to "protect Jang Han-seo" as the events were hinting at a sad ending for this dear character, he eventually died in his brother's hands. And boy, that last conversation and moment between him and Vincenzo broke our hearts.

Kwak Dong-yeon's Jang Han-seo may have died, but Kwak Dong-yeon the mature actor was born, thanks to Vincenzo. In an interview with Sports Chosun as the series came to an end, he said, "I think that I've grown a lot while playing Jang Han Seo. It's not that I matured on my own, but I was able to grow while watching and working with amazing seniors that I respect. I am grateful to director Kim Hee Won to the point that I can say that my acting career is divided between before and after I met him. He gave me advice about what parts of the character I should focus on, the attitude I should have as an actor, how I should approach the script, everything from A to Z."

If you can't get enough of the handsome, cute, and charming Kwak Dong-yeon, check the gallery below to know more about him: 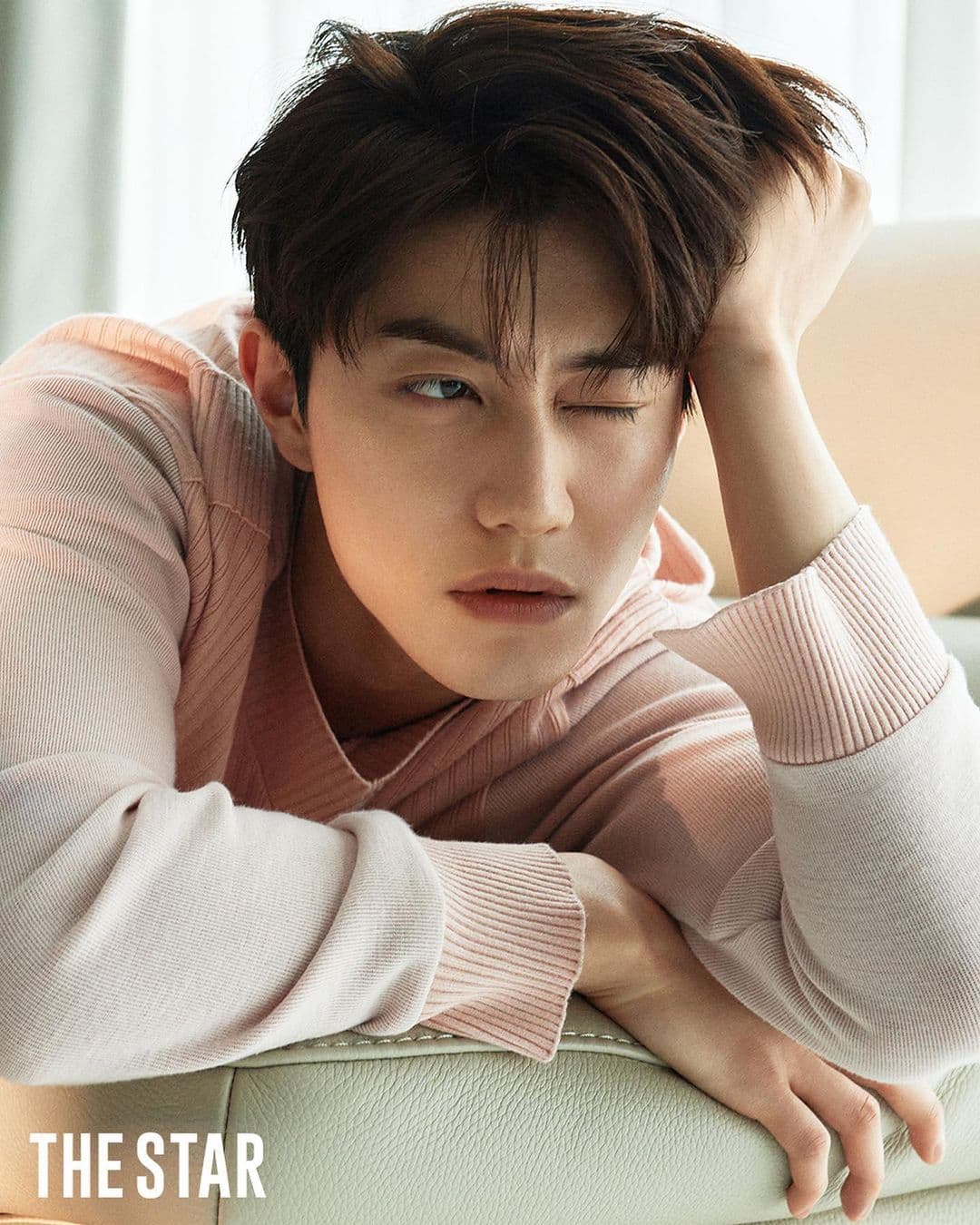 Kwak Dong-yeon was born on March 19, 1997 in Daejeon, South Korea. His zodiac sign is Pisces. Some of the positive things about people born on that day are their being intelligent, disciplined, devoted, and loyal. A Pisces man is also known for being sensitive and therefore more understanding of others’ emotions. 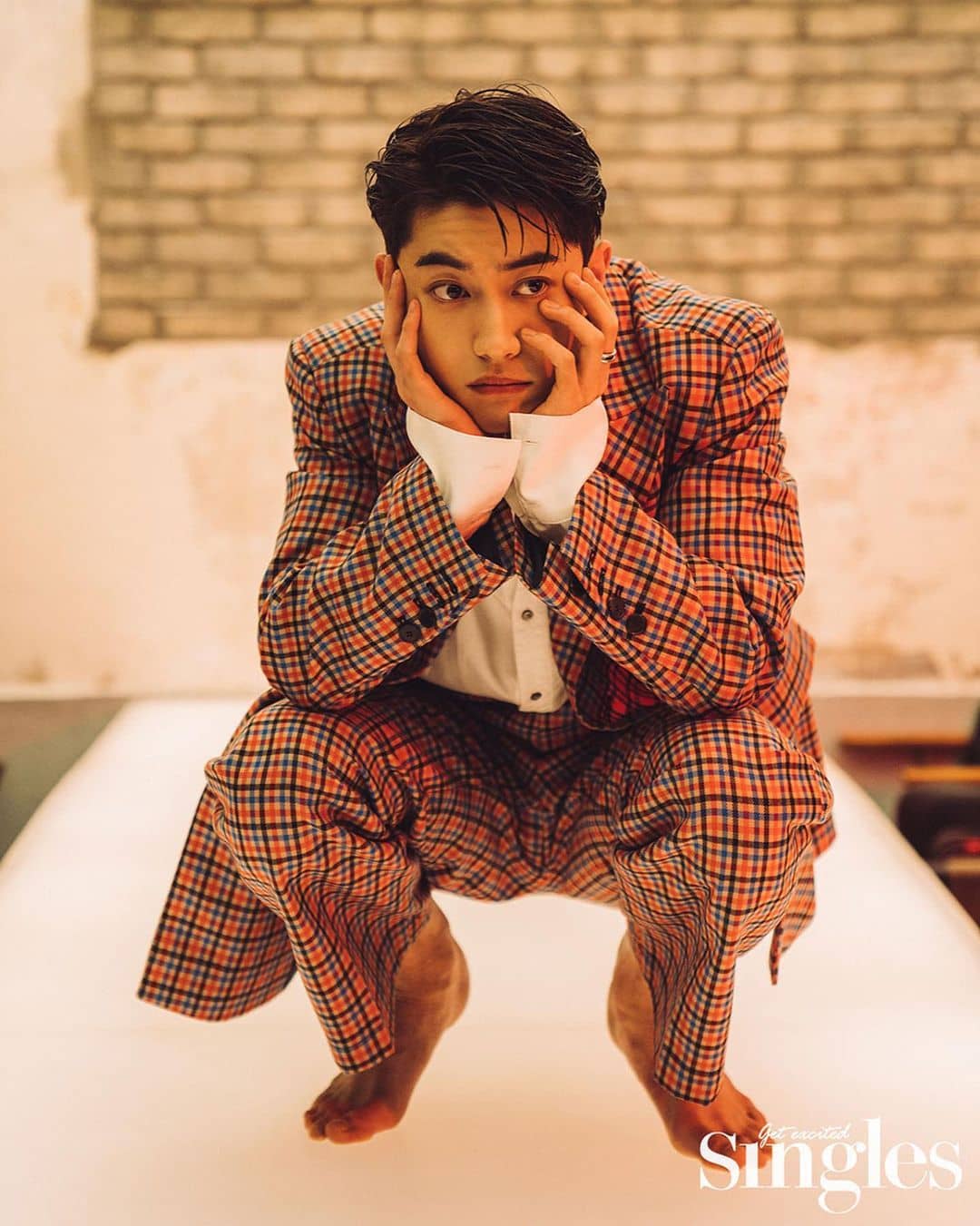 He was 13 when he decided to pursue his dream of being an actor and a musician.

Now here’s where another trait of a Pisces man enters: he’s independent! At 13, he left Daejeon and moved to Seoul to chase his dreams. How many 13-year-olds can actually do that and succeed?! It was via a supporting role in the K-drama “My Husband Got a Family.” It was his first show, and it also earned him his first-ever acting award: the Best Young Actor at the 5th Korea Drama Awards. 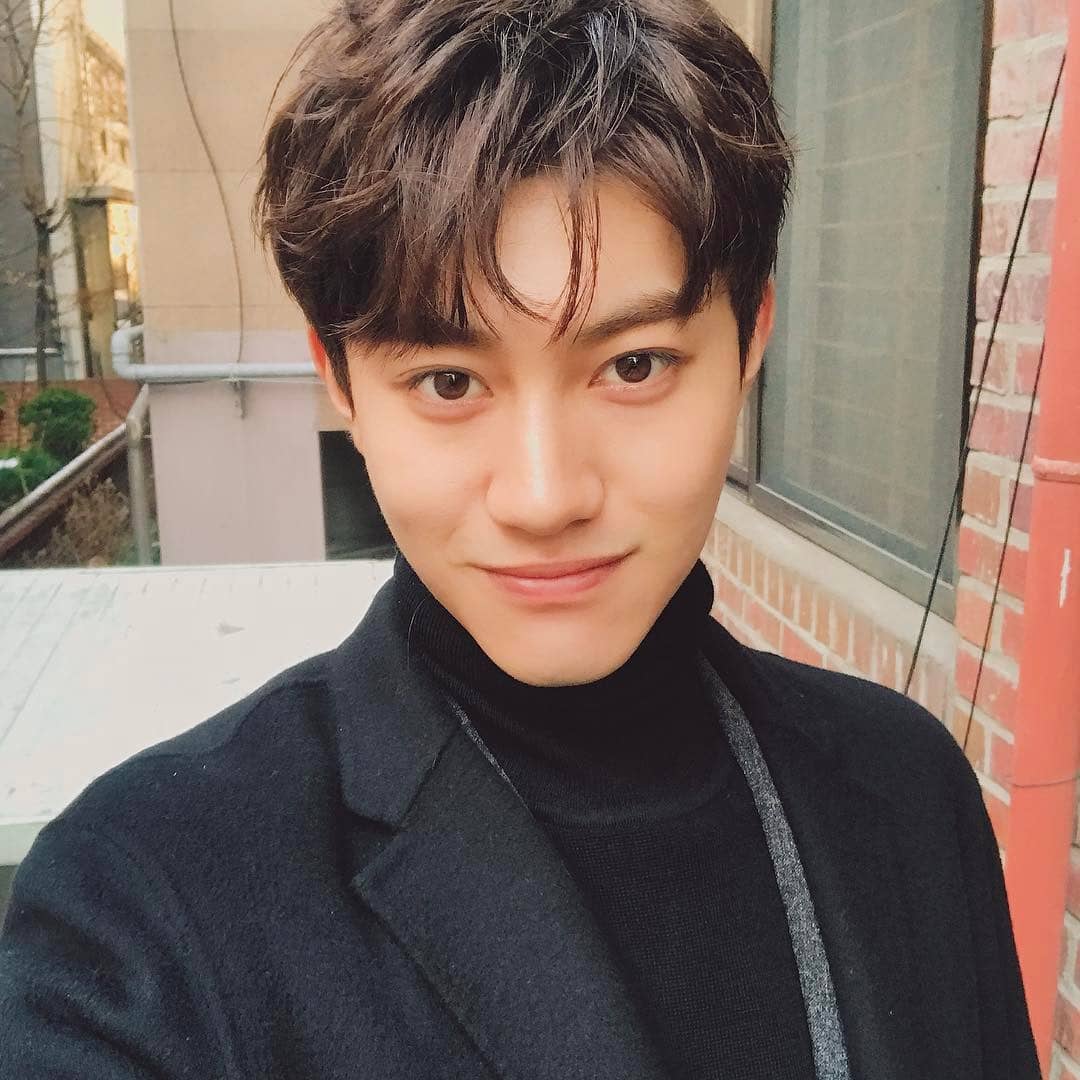 He first starred in a mini series.

It was KBS’s “Adolescence Medley” with actress Lee Se-young that first featured him in a starring role. This was followed by another one via KBS Drama Special’s “Middle School Student A.” For this and for his stint on K-drama “Inspiring Generation,” Kwak Dong-yeon also received a Best Young Actor award from the 2014 KBS Drama Awards. But what’s considered to be his first-ever male lead role in a full series was “Never Twice,” wherein his character is the heir of a five-star hotel and is the head of its strategic planning department.

He previously played the character of an ice hockey player in a K-drama.

If you’ve seen “Vincenzo,” you’ll know that ice hockey played an instrumental role in the series, especially in relation to Kwak Dong-yeon’s Jang Han-seo. Back in 2016, he actually played the role of an ice hockey player in the series “Puck!” wherein he starred alongside actor Lee Kwang-soo. He had a memorable cameo in K-drama “It’s Okay to Not Be Okay.”

In case you forgot (but how can you?!), Kwak Dong-yeon also joined the cast of “It’s Okay to Not be Okay” as the son of an assemblyman and a patient at Ok Psychiatric Hospital who’s suffering from manic disorder. The other K-dramas he had cameos in were “Fight for My Way” (as the ex-boyfriend of Kim Ji-won’s character who cheated on her) and “Doctor Detective” (as a vocational high school graduate who works as a screen door repairman).

He leaves a lasting impression with his acting chops.

Since he first got a lead role in a K-drama back in 2014, Kwak Dong-yeon didn’t seem to have a problem following up this project even with supporting roles or cameos in series. He turns heads in whatever role that lands on his lap. The K-dramas he starred in were “Modern Farmer,” “Love in the Moonlight” (which is considered his breakthrough project), “Gangnam Beauty,” “My Strange Hero,” and “Never Twice.” In 2018, he was awarded the Actor Award at the Korea First Brand Awards, proof of the impact he made that year, following the success he enjoyed after his second lead role in “Gangnam Beauty.”

He has worked on films, variety shows, plays, and a web series as well.

On the big screen, what marked his first significant role was 2019’s “Baseball Girl” with actress Lee Joo-young. Kwak Dong-yeon also starred in web drama “Suck Up” as the leading man of Sistar’s Bora. He was a cast member of variety shows “Animals,” “Our Life School,” and “Everyone’s Kitchen.” If you see photos of him holding an elephant stuffed toy on Instagram, the reason behind that is he was a cast member of the play “Elephant Song;” most recently, he also joined the musical “Something Rotten,” where his character Nigel Bottom and his brother Nick are desperate to write a hit play. 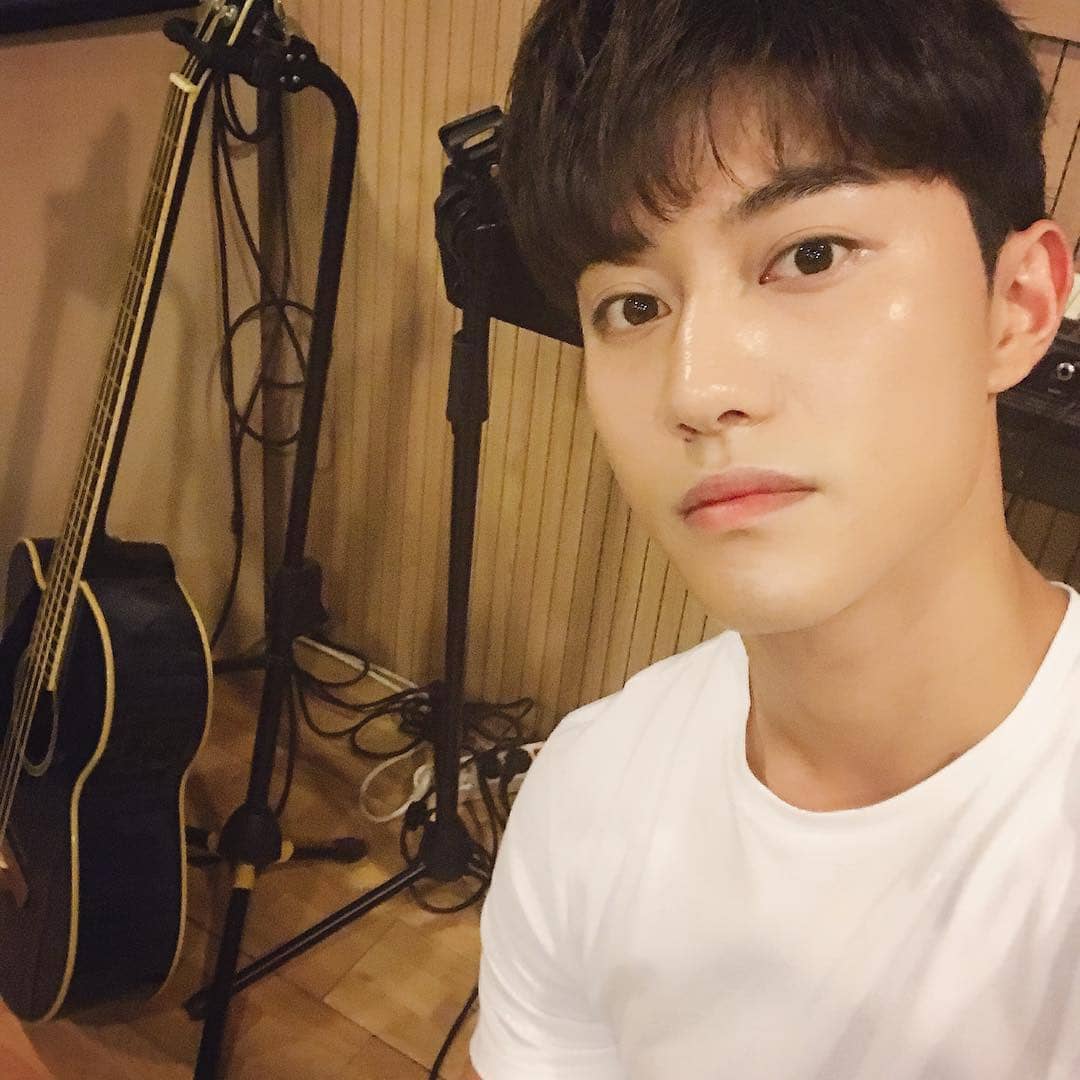 He actually graduated from the School of Performing Arts in 2016. Other Hallyu stars who attended the same school include BLACKPINK’s Jisoo, Kim Min-jae, Apink’s Naeun, and many more. He was a part of a band called Kokoma and served as its lead guitarist. His agency is H& Entertainment.

Kwak Dong-yeon was announced to have signed with his new agency, H& Entertainment, in August of last year. From his debut up until June of last year, he was managed by FNC Entertainment. He actually received his training in music and acting at the FNC Academy, a subsidiary of the entertainment company. Other artists under H& Entertainment are Han Bo-reum, In Gyo-jin, Jung Ryeo-won, Son Dam-bi, Kang Min-ah, Krystal Jung, Jung In-sun, and Ju Ji-hoon.

He’s been to the Philippines before.

He went to Cebu twice before! As a reward vacation, he and his “Love in the Moonlight” co-actors, including the K-drama’s star Park Bo-gum (who he considers as one of his best friends), went to Cebu back in 2016. The said series, which boosted his popularity, had him portray the role of a skilled swordsman. Kwak Dong-yeon returned to Cebu for another reward vacation in 2018 with his “MY ID is Gangnam Beauty” co-stars and even went to a mall there with fellow actors Kim Doh-yon, Lee Tae-sun, and Min Do-hee. 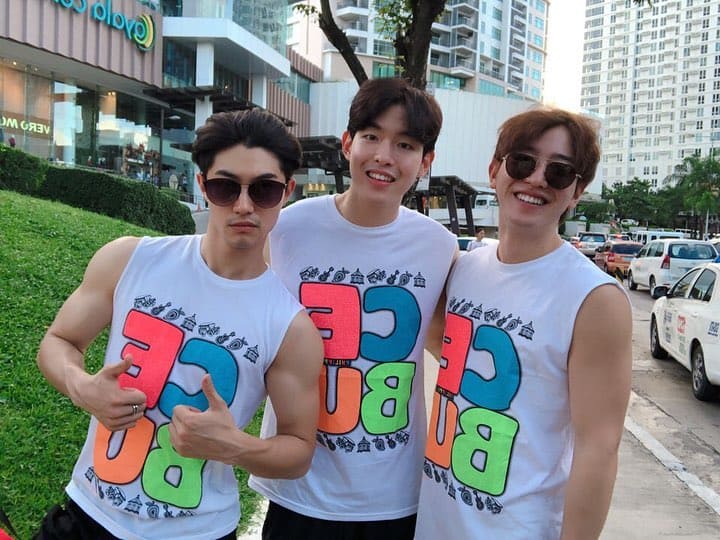 Here are more photos of Kwak Dong-yeon in Cebu, Philippines... 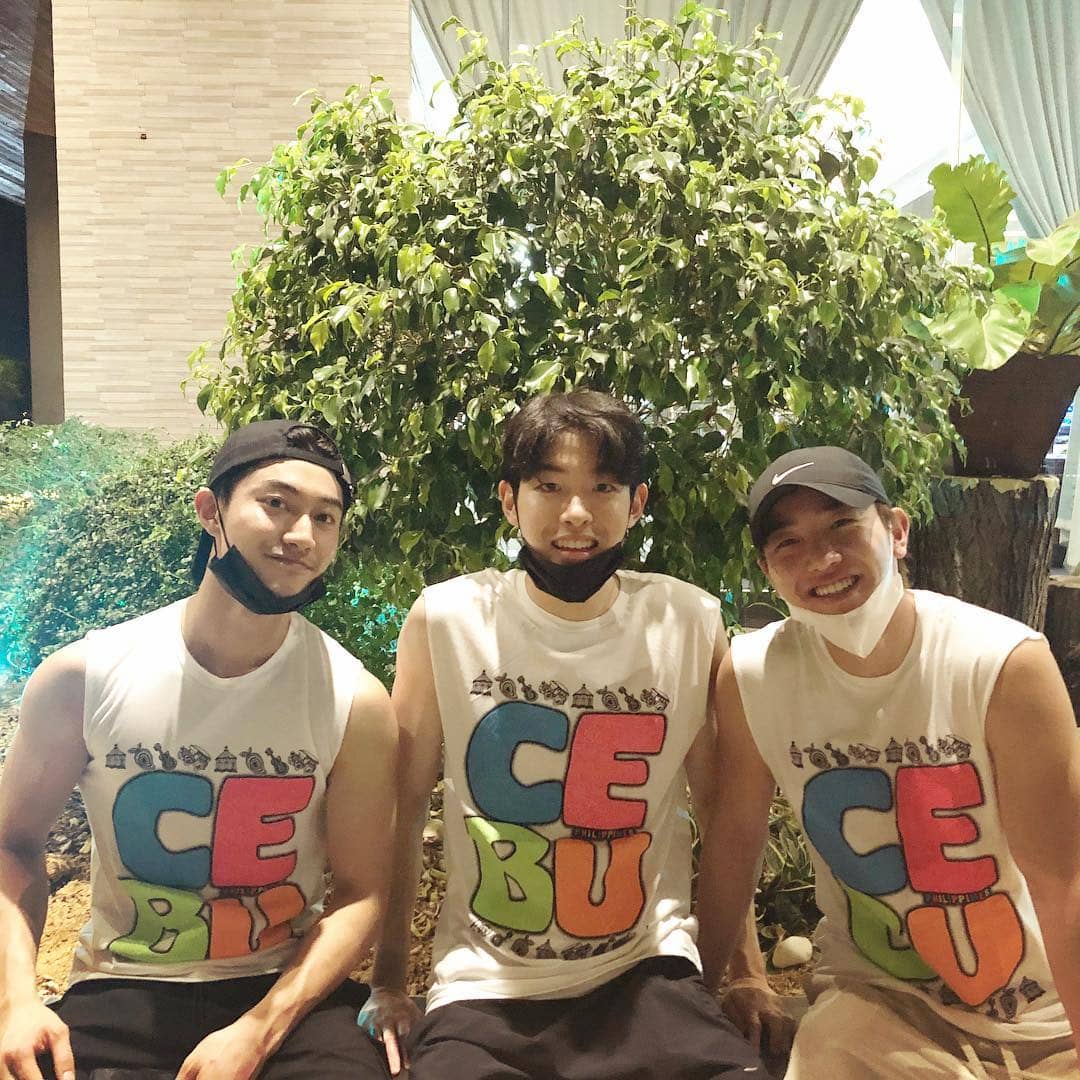 What did you think of Vincenzo's finale and the fate of Kwak Dong-yeon's character?

Vincenzo is available on Netflix.