Get To Know Beyond Evil's Shin Ha-Kyun, The Best Actor (TV) Winner At The 57th Baeksang Arts Awards

The "Beyond Evil" lead actor may be considered an underdog in this category, but throughout his more than two decades in the entertainment industry, he has always proven his talent and versatility

A big congratulations is due! Veteran actor Shin Ha-kyun won the Best Actor for TV award (for his role in Beyond Evil) at the 57th Baeksang Arts Awards held last night. He beat Kim Soo-hyun for It's Okay to Not Be Okay, Song Joong-ki for Vincenzo, Lee Joon-gi for Flower of Evil, and Uhm Ki-joon for The Penthouse: War in Life.

The 46-year-old who got his start in acting in college has proven himself to be a versatile talent and a favorite of some of Korea's most in-demand directors and producers. Though he initially planned on establishing his acting career in the theater scene, he has since taken on a vast array of onscreen projects that have earned him numerous nominations and awards.

Those in the know with the Korean entertainment scene will most probably recognize him for his roles in films Guns & Talks, Save the Green Planet!, Thirst, Inseparable Bros as well as TV series Brain, All About My Romance, Mr. Back, Less Than Evil, Soul Mechanic and finally, Beyond Evil (which also won the Best Drama award last night),

Get to know Shin Ha-kyun, winner of the Best Actor (TV) award at the 57th Baeksang Arts Awards below: Shin Ha-kyun made his onscreen debut in the late 90s, but it was only in 2002 when director Jang Jin cast him in "Joint Security Area," a political thriller about the lives of Korean soldiers and the tensions between North and South Korea that come at a head in the DMZ. At the time, both of them were but emerging voices in Korean cinema; no one could vouch for either of their talents, but the novel pairing proved to be exactly what they both needed to jumpstart their careers. Jang Jin, a director known for his eclectic filmmaking styles and ability to turn his observations about common themes in society and the human condition into relatable storylines, found the perfect vessel in Shin Ha-kyun, an intense character actor. 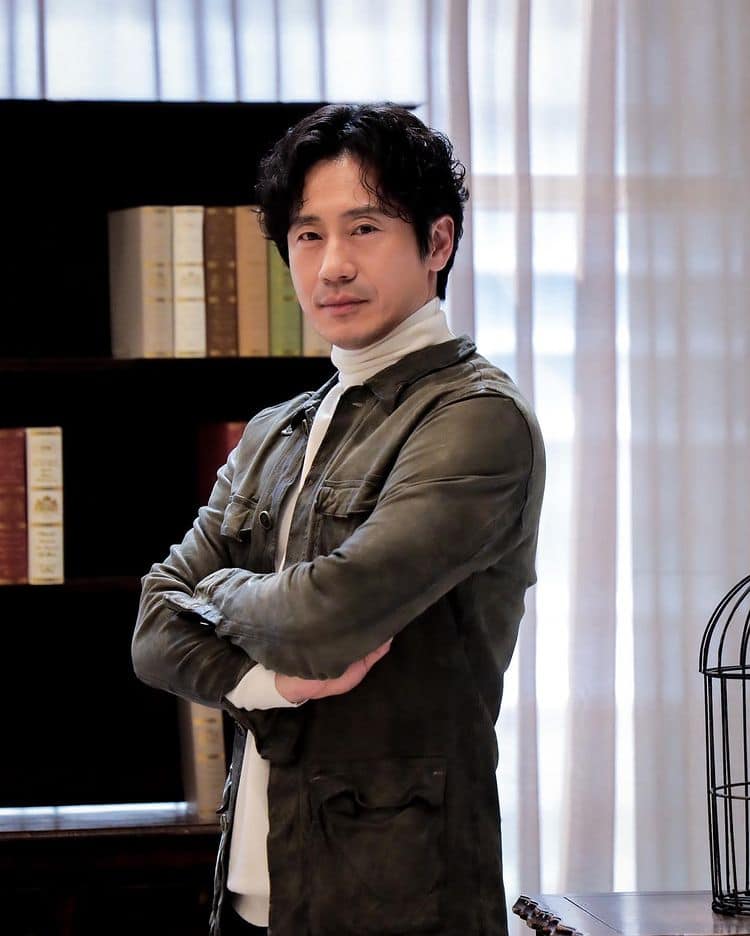 Shin Ha-kyun played the role of a North Korean soldier who was discovered to be fraternizing with South Korean troops, even offering his protection to them in secret. He was the film's bad guy with the heart of a good guy, and overall, it was a performance that caught the attention of both critics and audiences. Since their first film together, Jang Jin has practically cast Shin Ha-kyun in all his movies. Their collaboration is always a powerful one, and Korean audiences have learned to expect nothing but the best results when they team up. Some of their movies together include "The Happenings," "Guns & Talks," and "The Spy." 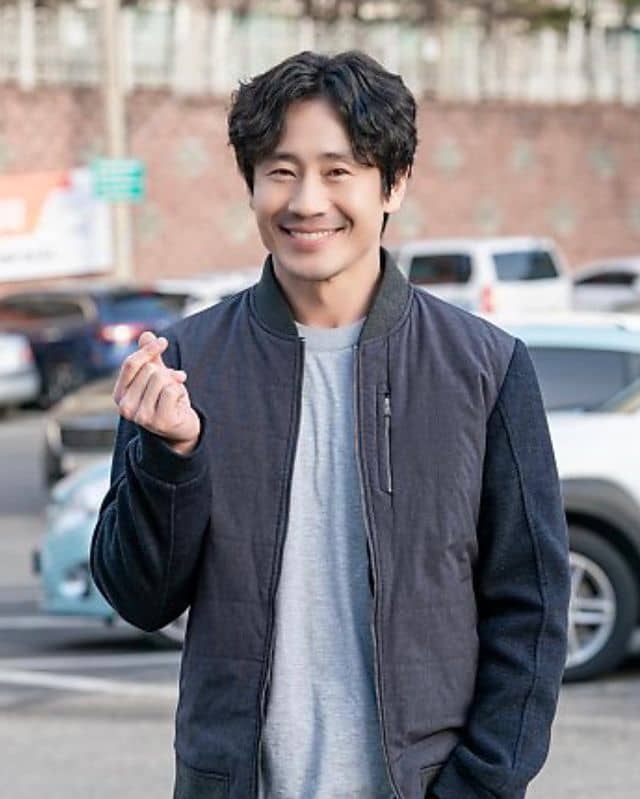 He's a private celeb, but he has a reputation for being a pretty friendly guy overall.

It's not uncommon for Korean actors to not have any social media and prefer to keep their private lives away from public scrutiny. The same goes for Shin Ha-kyun who only gets to treat fans to little anecdotes about his life and his musings in official interviews and guestings. However, even with most of his personal affairs under wraps, we get to know him better through the eyes of people he's worked with including co-stars and crew. It's been mentioned that he's a great presence to have on set. He's professional yet amicable, and freely interacts with everyone on set. He's not what you might imagine as one of Korea's biggest stars to be like; rather than hole up in his trailer or dressing room in-between takes or during breaks for "privacy," he's more than happy to socialize with everyone and strike up a friendly conversation. 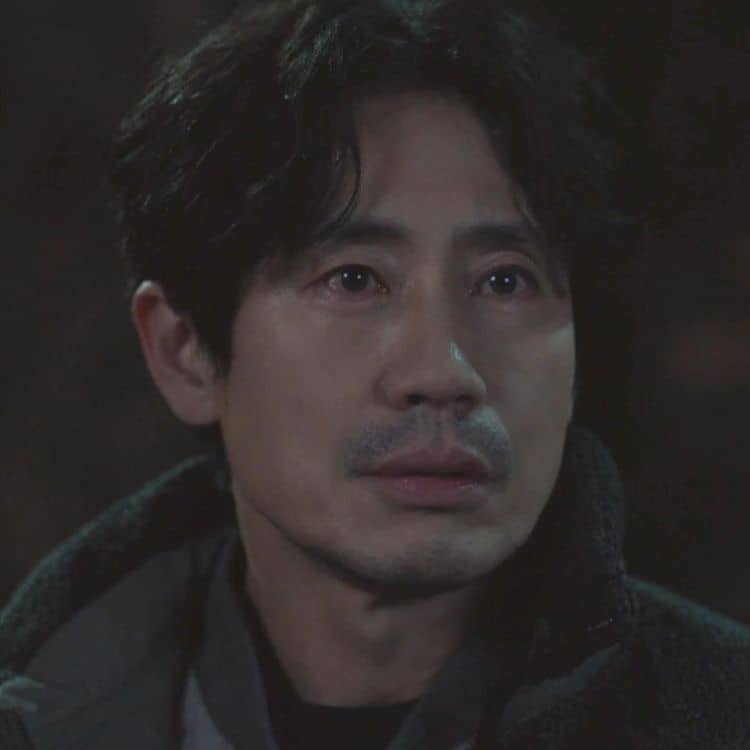 One of the best things people have noted about Shin Ha-kyun is how easily he shifts from his character to himself. Stories about him being a totally different person when the cameras start rolling (especially when he's playing a serious, gruff fellow), but being incredibly warm and approachable as himself once his scenes are up are aplenty! 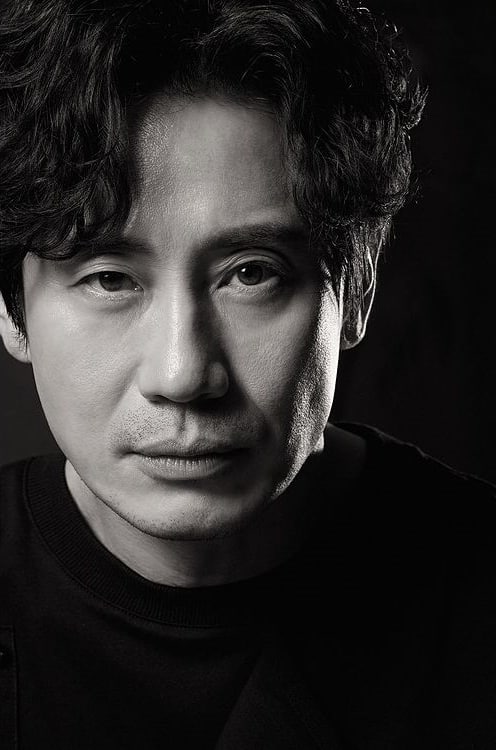 His versatility is legendary.

Shin Ha-kyun's training has allowed him to protect himself against one of actors' biggest fears: being typecast. His most successful titles, both on TV and film, have him portray a different person every time, with different shoes to fill. In "Sympathy for Mr. Vengeance," he brings us the story of Ryu, a mute and deaf factory worker who resorts to extreme measures when he learns that his sister is in need of an organ donor. The role, with no spoken dialogue from Shin Ha-kyun, demanded that he communicate his thoughts and feelings via facial expressions and non-verbal language throughout the film—a challenge even for the most experienced artist. There's also "Welcome to Dongmakgol." This time, he plays the role of a South Korean soldier during the Korean-American War in the 50s. It's not packed with a lot of wartime movie action and instead, it zones in on what happens when enemies come together and realize that they are more similar than they are different. His character plays a pivotal role in the rescue of an American soldier. The film made it to 2005 Academy Awards as an entry in the Foreign Language Film category. 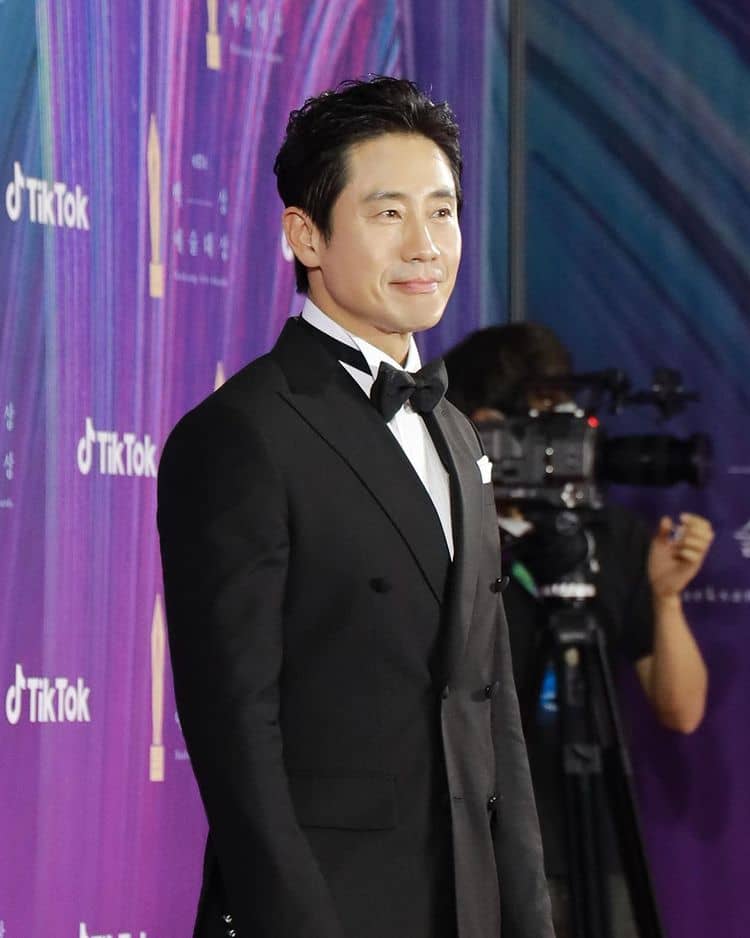 Third on the list is "Less Than Evil." Here's a pretty surprising entry. The show is actually a remake of British series "Luther," and stepping in for original lead Idris Elba was Shin Ha-kyun himself. In the show, he's a moody detective bent on finding a highly cunning serial killer. The portrayal earned him the Daesang Award (a.k.a. the Grand Prize Award) at the 2018 MBC Drama Awards. 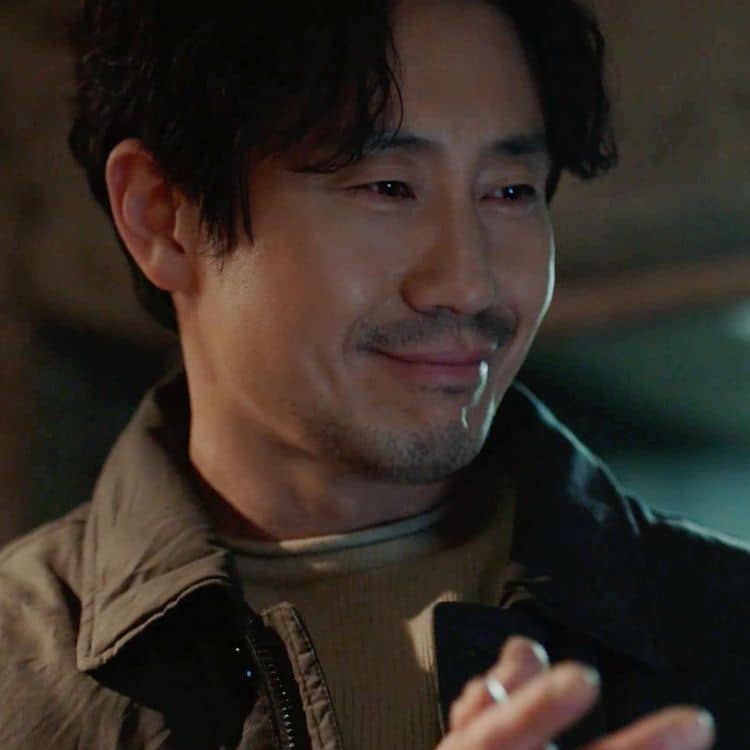 Finally, we have "Beyond Evil." Of course, there is the drama that earned him the Best Actor award at the 57th Baeksang Awards. This time, Shin Ha-kyun is a detective who knows he can do more on the job, but lacks the support of his superiors. Frustrated with not being given the room to perform his duties on the job, he takes the law into his own hands in an attempt to catch a killer. In the process, he is subjected to psychological turmoil and questions his own morality and contributions to the evil in society. 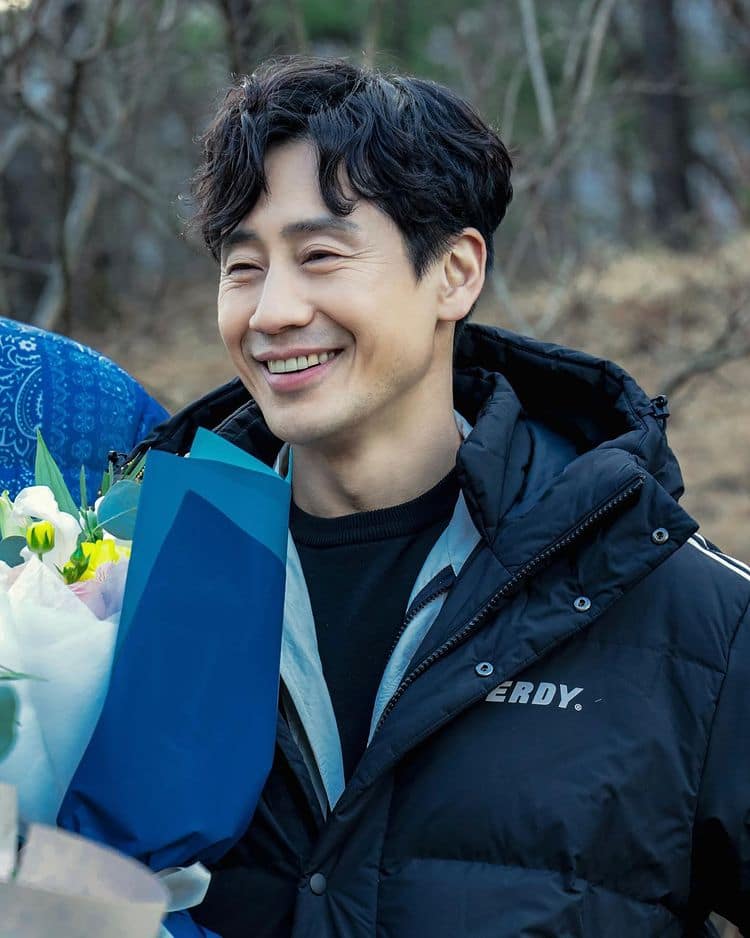 He's a mentor to junior co-stars.

Shin Ha-kyun is notoriously difficult to contact and speak with if you're not a family, a good friend, or a director. And even when you do, especially if you're not a part of his inner circle, his words are short and reserved. He can be intimidating if you've never met him, and it's a perception of him that often scares the living light out of his younger, less experienced co-stars! He's worked with the likes of EXO's D.O. and Yeo Jin-goo, both of whom are still just establishing their acting careers, and while both of them admitted to feeling incredibly nervous every time they had a scene with Shin Ha-kyun, they also talked about the effort he made to make them more comfortable around him and with their characters. It's his sense of humor that always gets people to warm up to him; he's always in for a good laugh and it's always been a pretty effective way to break the ice and destroy any of the negative impressions people make of him beforehand. 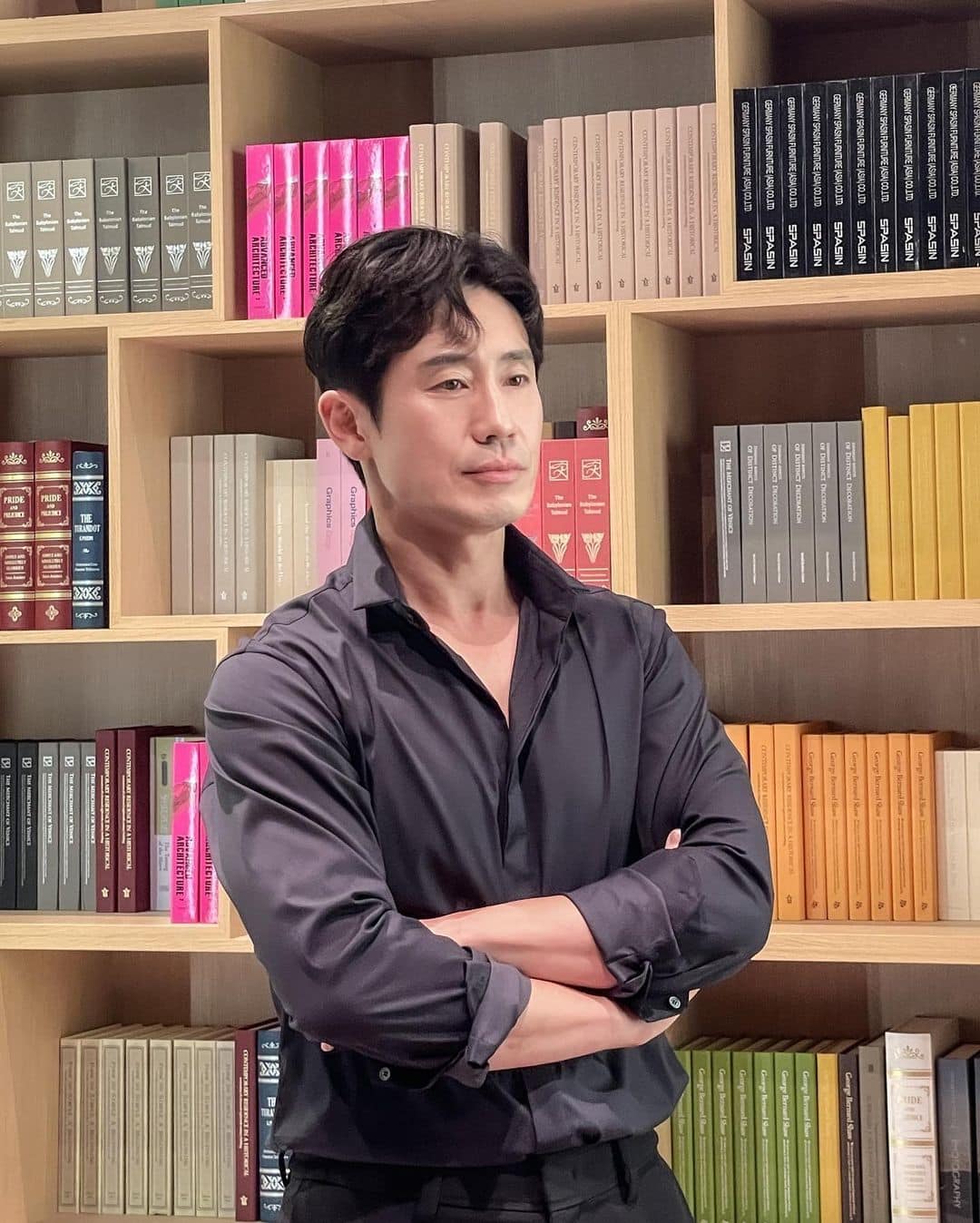 He isn't selfish with acting advice, either. Other than trying to help his co-stars loosen up and reach their full potential on set, he also makes himself available for any of his castmates who might be looking for tips to improve their performances.

In Photos: The Presenters Onstage At The 57th Baeksang Arts Awards

In Photos: Scenes From The Red Carpet Event Of The 57th Baeksang Arts Awards

In Photos: The Presenters Onstage At The 57th Baeksang Arts Awards