12 Things About "Now, We Are Breaking Up" Lead Actor Jang Ki-Yong

This handsome, multi-talented actor has had three major projects this year—wow!

Jang Ki-yong is undoubtedly one of the most in-demand Korean actors today.

His ongoing series, Now, We Are Breaking Up, with Hallyu queen Song Hye-kyo is much talked-about even when it's airing while he's enlisted in the military. In the series, he plays the role of a famous freelance fashion photographer who falls for Song Hye-kyo's Ha Yeong-eun, the design team leader of a fashion company called "The One."

Last May, he also starred in the K-drama My Roommate Is a Gumiho that paired him with Hyeri. And the month that followed, his romance film Sweet & Sour with Chae Soo-bin and Krystal Jung was released.

Though he only has a handful of K-drama starring roles to date, Jang Ki-yong is fast becoming a favorite leading man for his handsome looks, sexy on-screen charisma, and remarkable acting chops. He's also known for his professionalism, his being hardworking, and his dedication to improving in his craft, and these just make him even more lovable. In a 2019 interview with GQ Korea, Jang Ki-yong shared, "I'm cool-headed when it comes to work. I have big ambitions as well. Even if [others] say that I did a good job, I usually tend to think that it wasn't that good or that I could've done a better job. People ask me if it's necessary to be that hard on myself, but this tendency makes it so I don't settle for the present."

Jang Ki-yong is currently fulfilling his mandatory military service; he enlisted last August before Now, We Are Breaking Up was released.

Get to know Jang Ki-yong better in the gallery below: 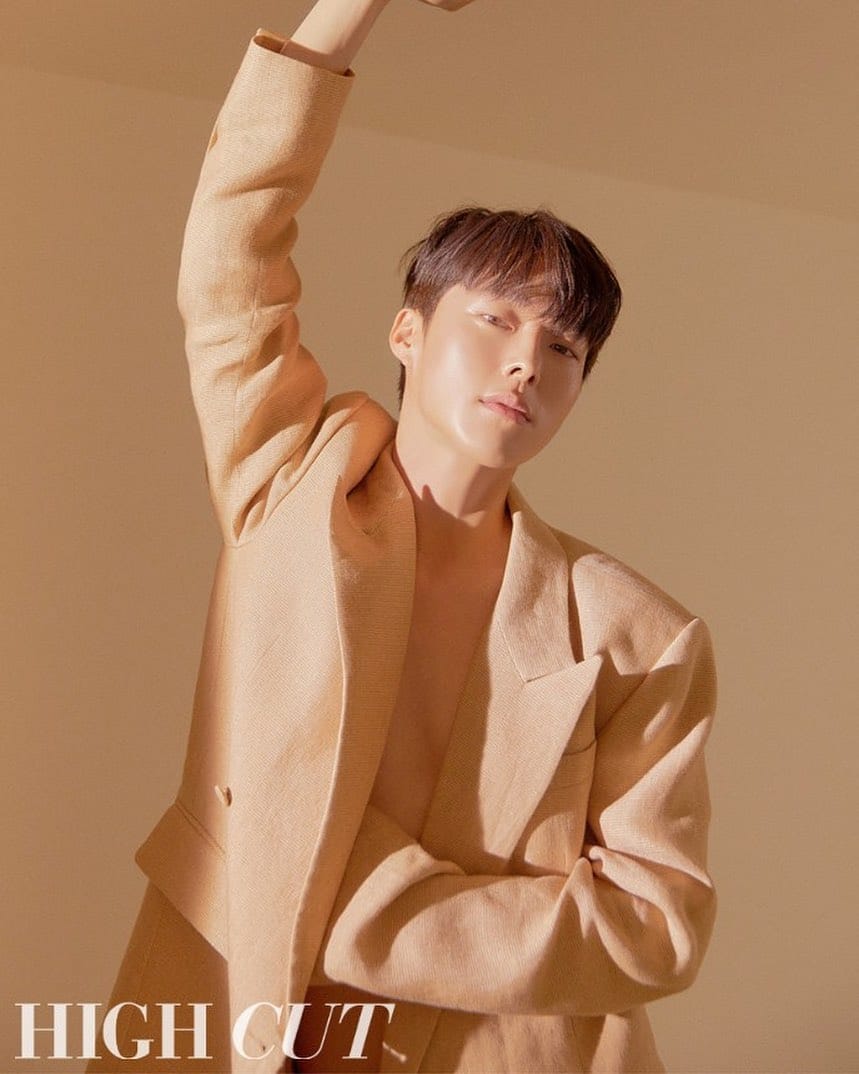 Well, he's 30 in Korean age. He was born on August 7, 1992 in Ulsan, South Korea. His zodiac sign is Leo, and people under this sign are known for their sense of humor. That's something we can definitely sense from his bright aura and friendly, fun-loving demeanor.

He started out as a model.

He's one of the actors who have roots in modeling. It was in 2012 when Jang Ki-yong began his modeling career, debuting at Seoul Fashion Week. He even won a Fashion Model Award from the Asia Model Awards in 2014. He has modeled for runway shows, editorial shoots, and campaigns. In case you're wondering, his height is 6'1". He has modeled for luxury fashion brands Salvatore Ferragamo and Dolce & Gabbana, and you may have also spotted him in Giordano billboards around Manila. He used to be "timid and introverted."

Those adjectives aren't normally associated with models or actors who are expected to be confident or outgoing. But Jang Ki-yong said that he was actually timid and introverted when he was younger. He only developed confidence to stand in front of an audience after he got the hang of modeling and acting. "I was a child who feared talking in front of others, and talking alone with someone like this was unimaginable. My personality slowly began to change after I stood in front of people as a model and while doing this job [as an actor]," he told GQ Korea.

His acting debut was via a K-drama cameo.

In 2014, Jang Ki-yong debuted as an actor through a cameo role in the famous K-drama "It's Okay, That's Love" which starred Jo In-sung and Gong Hyo-jin; his cameo appearance was as the boyfriend of his YG labelmate Lee Sung-kyung's character. This was followed by another cameo in the Jo Bo-ah starrer series "The Idle Mermaid," plus a bunch of supporting roles in K-dramas like "The Greatest Marriage," "Schoolgirl Detectives," "This Is My Love," "Beautiful Mind," "The Liar and His Lover," "Confession Couple" (wherein he gave us major second lead syndrome), and "My Mister" (for which he won a Best New Actor award from the 2018 APAN Star Awards for his role as a villain).

The K-drama that marked his first lead role was "Come and Hug Me."

In this romance melodrama, Jang Ki-yong played the role of a rookie detective who has never forgotten his first love, a character portrayed by actress Jin Ki-joo. For his role in "Come and Hug Me," he won the Best New Actor (TV) at the 55th Baeksang Arts Awards as well as the Excellence Award: Actor in a Wednesday-Thursday Drama and the Best Couple Award (with Jin Ki-joo) at the 2018 MBC Drama Awards. His leading man status was further cemented by K-dramas like "Kill It," "Search: WWW," and "Born Again." 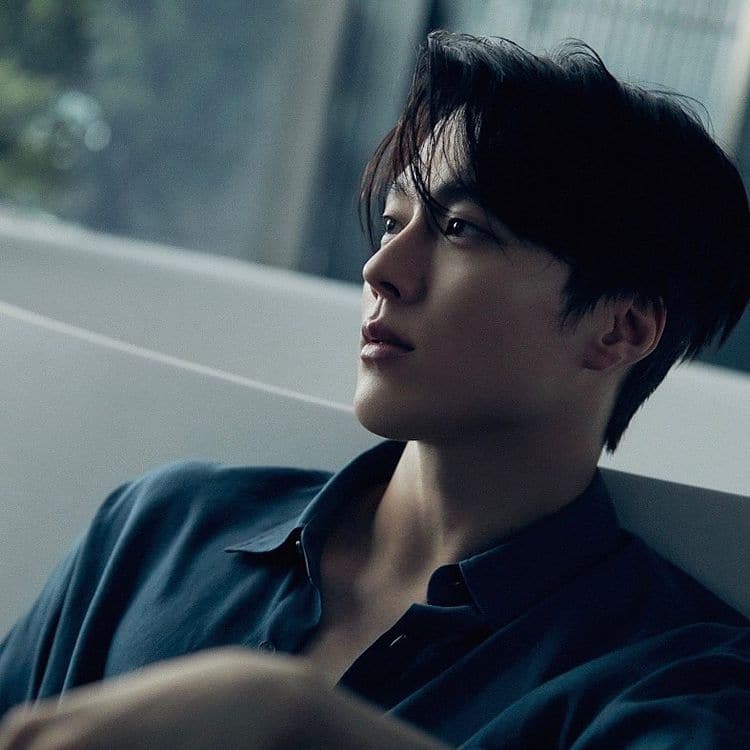 His big screen debut was via a crime action film.

2019's "The Bad Guys: Reign of Chaos" was his first film, and he was a part of its main cast. His character is tapped to join a team tasked to catch criminals. His second film, "Sweet & Sour," a title in the romance genre this time, was released last June. He said that he wants to transform with each and every role he takes on, and cites the late Australian actor Heath Ledger as an influence in the field of acting. "I want to also become an actor whose works people look forward to," he told Cosmopolitan Korea. 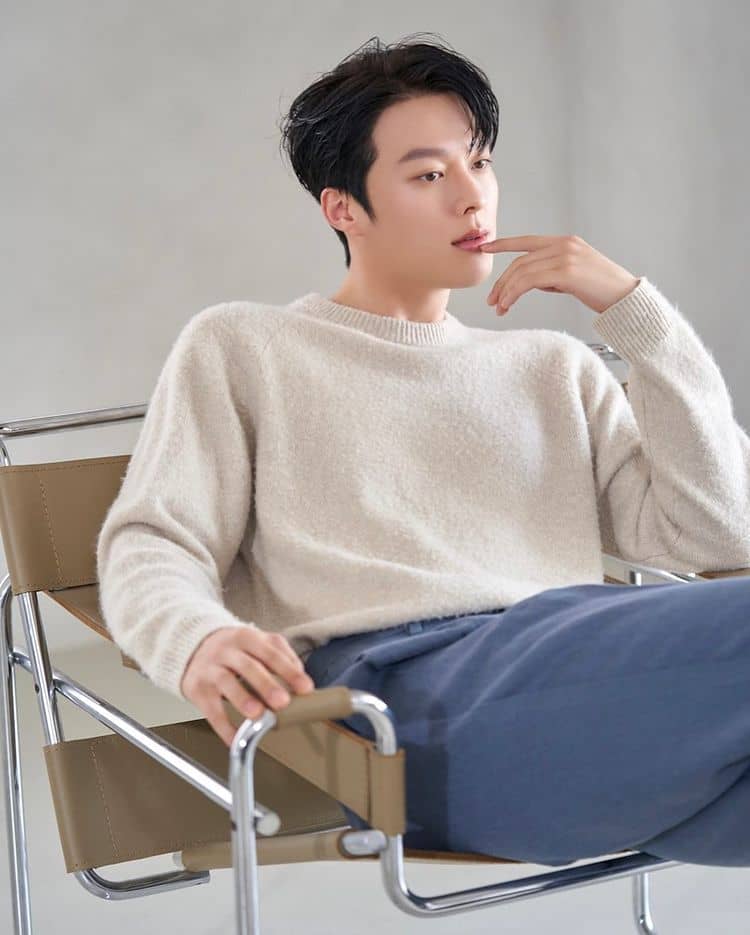 He actually sung a few tracks for the OSTs of his K-dramas "The Liar and His Lover" and "Come and Hug Me." In an episode of KBS2 music program "Yoo Hee Yeol’s Sketchbook" last year, Jang Ki-yong talked about his passion for music, revealing that he loves practicing singing in coin karaoke rooms. "I had about 25 minutes. After scanning the area, I found a karaoke room. I went and practiced with my manager. We spent about 4000 won (approximately $3)," he said. He also appeared in music videos; years before working with IU on the K-drama "My Mister," he actually appeared in her music videos "The Red Shoes" and "Friday." 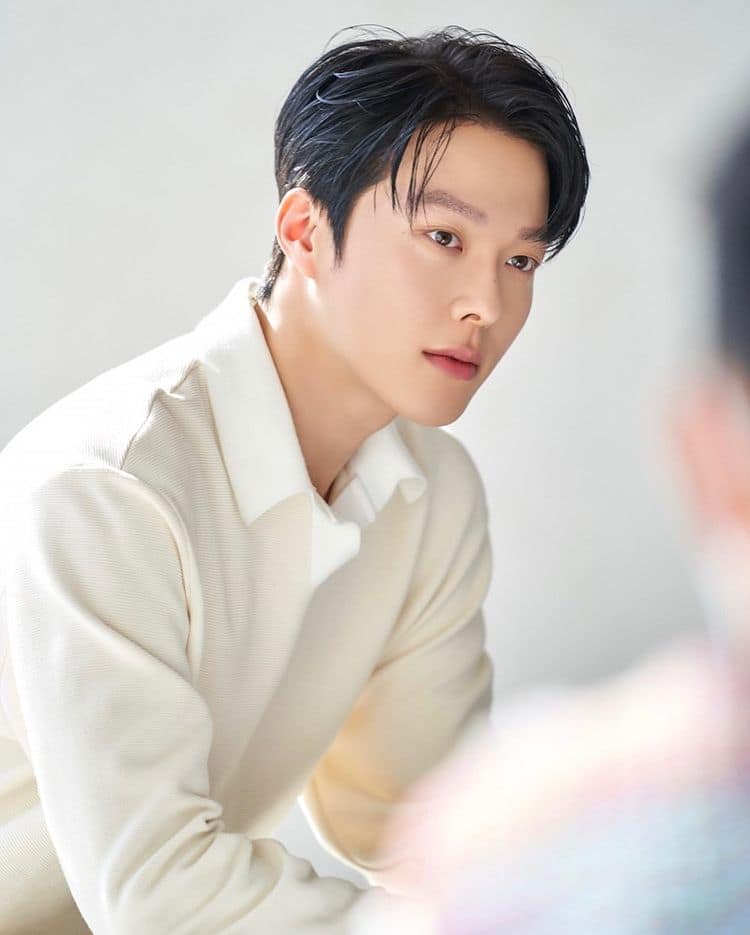 As if he isn't talented enough, it's a delight to discover that he's also a talented rapper. He was actually a finalist in the 2016 South Korean music show "Tribe of Hip-Hop," hosted by Shin Dong-yup and Sang E. It's a show that shines the spotlight on amateur and underground rappers. | Photo from @yg_stage

Photo Credit: Check out this video of Jang Ki-yong rapping.

Walking with no particular destination can be quite therapeutic. It allows one to get lost in thoughts and just contemplate. Interestingly, this is one of Jang Ki-yong's favorite activities. He even enjoys walking in the rain. He told GQ Korea, "It felt stuffy and boring being home alone, so I thought, 'I can't do this. Let's go outside.' I armed myself with a raincoat and walked by Han River while getting rained on... When I'm just home without doing anything when I'm worried about something, the worry gets bigger and I can't think straight. But if I get some fresh air and walk amongst people, my thoughts feel lighter. The same worry doesn't feel heavy. I walk without thinking and talk to myself. I then began to wonder if it was something that I needed to worry about to that extent... When I moved from Ulsan to Seoul alone to start modeling, I walked a lot then too. I barely got work during the first year. I didn't like the feeling of being down with a lot of thoughts at home, so I walked and walked."

He's an artist under YG.

His Instagram account, @juanxkui, is filled with images of UFC. Watching UFC matches is one of his favorite pastimes. He's also into martial arts. 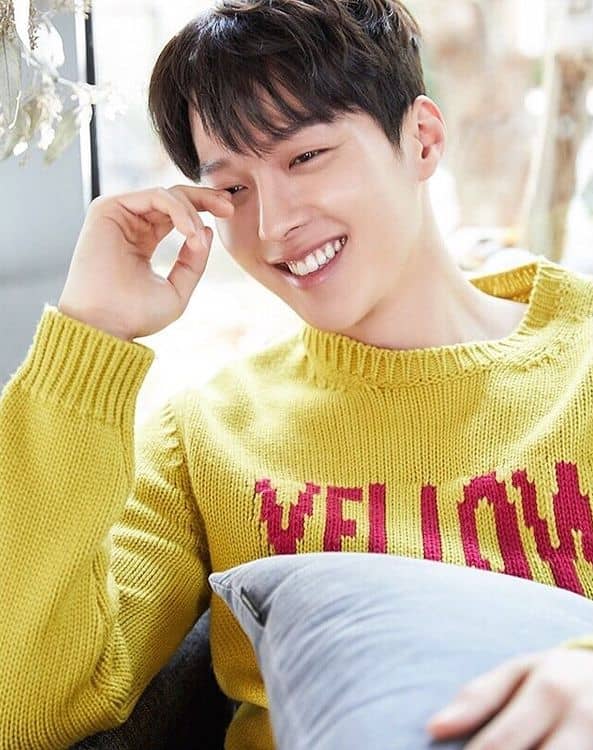 He's been to the Philippines.

He went to Manila in November 2019 for a fanmeet event titled "Filmography," held in SM Aura. But years before that, in 2015, he actually went to our country for vacation with his then YG labelmate Sandara Park who's known to have first ventured in the entertainment scene in the Philippines. Here's a photo of Jang Ki-yong in Pagsanjan Falls in Laguna, Philippines. 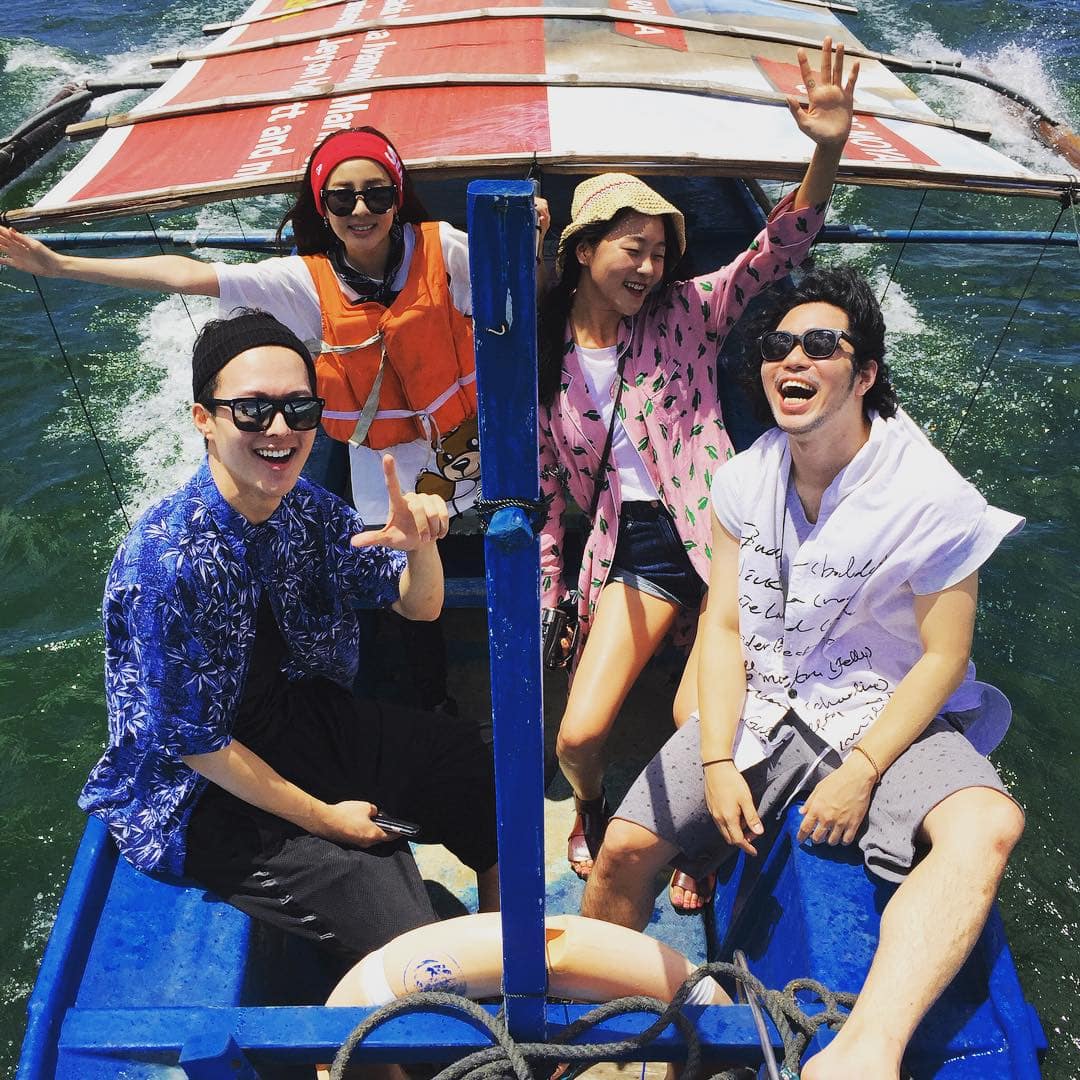 Here he was exploring the Philippines with Sandara Park.

He tried horseback riding in Tagaytay, Philippines, too!

Now, We Are Breaking Up is available for streaming on VIU.

In Photos: Korean Stars Who Are Into Golfing

These Korean Actors And Actresses Revived Their Careers After Big Controversies