No, there weren't any punches thrown around. There was, however, an outpouring of love, happiness, and support for the new Mr. and Mrs.!

We can't even begin to express our happiness over this couple's union but if there's a single word that captures all our feelings about it, it's "finally."

Sarah Geronimo and Matteo Guidicelli have officially been a couple for close to seven years, so when we found out that they had been engaged for a whole year come 2019, you can imagine that we were both shocked and ecstatic over the news.

And finally, in February 2020, the pair took their relationship to the finish line and married in a super low-key, ultra private ceremony that made turned Sarah and Matteo into husband wife. (Cue, squealing!).

We know you're as curious as we are to learn about the secret nuptials, so we gathered all the major details about the special day below!

Look! After A Five-Year Engagement, Megan Young And Mikael Daez Marry In Subic

True or false? Sarah and Matteo married in a civil ceremony. False, reportedly!

Early reports about this celebrity wedding announced that Sarah and Matteo tied the knot in a civil ceremony on the evening of February 20, Thursday. However, this major detail was eventually corrected and we all learned that they married at Victory Church in Taguig, in a Christian ceremony. It was even officiated by Pastor Paolo Punzalan.

Was there really a scuffle between Matteo and one of Sarah's bodyguards?

This is honestly besides the point of the happy news (we're intent on focusing on the joys of this wedding and not the issues on the periphery), but since this little tidbit about Matteo made the headlines way before his "I do," it deserves some clarification.

Unfortunately, it's turned out to be a "he said/she said" situation. It's made worse by the fact that there were no security cameras in the venue where the alleged altercation took place.

Now, according to Matteo himself and Vic del Rosario Jr. who made his way to the venue (Vic is also Sarah's manager and the founder of Viva), there wasn't any punching that ensued. On the other hand, Sarah's bodyguard, the accuser Jerry Tamara, insists that he was indeed hit in the throat by Matteo and that there are witnesses to corroborate  his statement.

The issue hasn't been fully resolved (or at least, not spoken about by the parties involved in public).

Now, about what started that scuffle...

Here's what we know.

Sarah and Matteo were careful about who they invited to their wedding and to their reception which was held at the Shangri-La Fort (where the said scuffle took place, reportedly). For reasons they've chosen not to divulge, Sarah's parents, Divine and Delfin, were not on the guest list.

As the story goes, at one point in the evening, Sarah instructed her long-time bodyguard, Jerry, to head on out without her. Given that he's employed by Sarah's mom Divine, he felt the need to inform her of Sarah's request and that was when Divine supposedly discovered where the couple were. (For the record, even Matteo's parents were only told of the wedding plans a day before the event).

She gate crashed their reception dinner, and when it was clear to her that it was a dinner for their wedding, and that they were already husband and wife, she was filled with rage and made a scene at the venue.

The couple was dumbfounded about how she had found out, but when Matteo learned that it was Jerry who revealed their location, that's when things took a turn for the worse.

Letty has been with the couple for practically the entire course of their pre-wedding life, so it was only natural for her to have things to say about what unfolded on the big day.

She confirms the scuffle caused by Divine, and adds the descriptions of how Sarah had been pushed or shoved by her mom, leading her fall onto the floor, shaking for some time from the shock.

According to her, Divine also let go of painful words directed at the couple (calling them traitors), used expletives, and was a generally disruptive presence at the otherwise happy occasion. It even appeared that she was ready to get physical with Matteo.

It was unfortunate, Letty said, to have the "finale" of this wedding night end in such a brawl, but that shouldn't at all overshadow how overjoyed Sarah and Matteo were to be wed.

I love you my love, now and forever. ❤️

Letty described Sarah to be the most confident she's ever been about their relationship that time, and it was clear that Matteo's teary-eyedness during the ceremony was from overpowering happiness, rather than anything else.

"Matteo really loves her so much. With all those things, he is a man with commitment. Nakaplano. Wala ka nang hahanapin," Letty adds.

In Photos: Inside The Romantic Boho Chic Wedding Of Joyce Pring And Juancho Triviño

And then Matteo broke his silence.

It's been almost a week since Matteo became a husband, and with that, he's broken his silence on Instagram and took the opportunity to thank his supporters, speak of the newfound happiness he and Sarah now have, and to provide his own accounts of the controversies surrounding his wedding.

"We decided to keep everything as intimate as possible because of private matters," he wrote, possibly to address the question as to why their families weren't part of the planning process.

"That evening was almost perfect until some unexpected events took place, but don’t worry I never 'punched' anyone. I will forever stand up and protect my wife just as how my father would protect my whole family," he continued, as a direct acknowledgement of the accusations of physical violence made against him.

"In time, with God’s grace and Love, everything will heal and fall into place. We are happy, we are blessed, and we are husband and wife! Let’s always celebrate life and love! Nothing will ever defeat pure honest LOVE. God bless everyone for your love and support!" Matteo ended, reminding everyone that this union was something to be happy about!

02 20 2020, A day full of pure love, honesty and genuine emotions. Yes, we got married. Mr and Mrs. Guidicelli. First and foremost, We would like to express the overwhelming joy, love and excitement we have in beginning our life together. We decided to keep everything as intimate as possible because of private matters. Each and everyone of you have been part of our love journey and we want to say, Thank you. Friends, family and everyone on “social media” have been a source of inspiration, strength, and most importantly, of LOVE. That evening was almost perfect until some unexpected events took place, but don’t worry I never “punched” anyone. I will forever stand up and protect my wife just as how my father would protect my whole family. I would like to say thank you to my family for loving Sarah like a daughter. Our family is growing and we are blessed. Papa and mama, thank you for deeply loving and welcoming Sarah into our family. In time, with God’s grace and Love, everything will heal and fall into place. We are happy, we are blessed, and we are husband and wife! Let’s always celebrate life and love! Nothing will ever defeat pure honest LOVE. God bless everyone for your love and support! Again, from the deepest part of our hearts thank you! Sincerely, Mr and Mrs. Guidicelli #family #BLESSED #HappywifeHappyLife #G022020

In Photos: Celebrities And Society Personalities Who Tied The Knot In 2019

We're hoping to hear from Sarah soon and see just how delighted she is to be Mrs. Matteo Guidicelli after all these years and many, many ups and downs.

In the meantime, we're basking in the post-wedding rosiness these two are glowing with and joining millions of other Filipinos in a big, big congratulations to the happy couple! 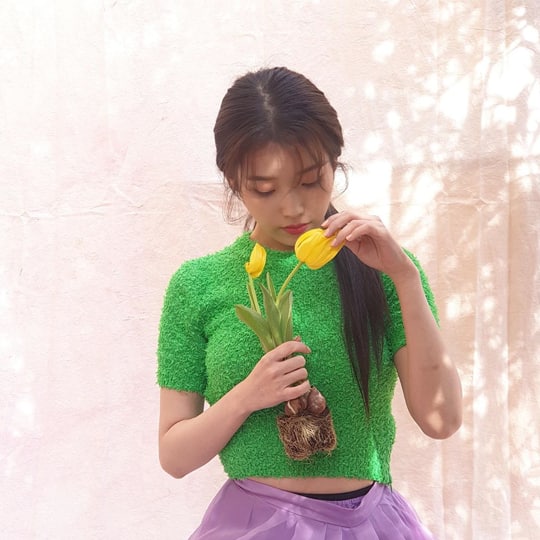 Why Did Meghan Markle's Dad Back Out Of Walking Her Down The Aisle At The Royal Wedding?