If you're not a fan of him yet, you will be now

You might know him as Glenn, Little Cato, or even Conan O'Brien's non-official Korean-American ambassador, but no matter how you were introduced to this actor, can we all agree that he's an absolute gift to the industry and humanity as a whole?

The first-time Oscar nominee Steven Yeun is in the running for the coveted Best Actor award at the 93rd Academy Awards happening right now, as of this writing. The recognition comes after the consistent praise he received for playing Jacob, an ambitious Korean immigrant and patriarch of the Yi family in the critically-acclaimed film Minari; the film itself was nominated for five more Oscars, including Best Original Screenplay, Best Achievement in Music, Best Supporting Actress (veteran actress Youn Yuh-jung won and is the first Korean to receive an Oscar for it), Best Director, and Best Picture.

The Father's Anthony Hopkins won the Best Actor award at the Oscars 2021. Others who were nominated for this category were Riz Ahmed for Sound of Metal, Chadwick Boseman for Ma Rainey’s Black Bottom, and Gary Oldman for Mank.

Longtime fans of Oscar nominee Steven Yeun are rejoicing in how he's finally made it to the big league after debuting onscreen in 2009. Despite a varied body of work and much talent to be spoken of, he's remained under the radar and underrated in the mainstream, until now.

Minari, a classic tale about an Asian immigrant family trying to chase their own version of the American dream, has him bringing to life a character whose optimism belies the conflicts within; all Steven Yeun's Jacob wants is to make his family proud and keep his commitment of uplifting their lives to his wife, but the difficulties he faces in making those things come true bring on wave after wave of self-doubt and frustration.

It's a tough character to crack, and yet Steven Yeun manages to make his inner light shine through as the movie progresses. We see him fall from grace then get up again (and again, and again, and again), and in the end, shows us what it really means to turn what appears unreachable and impossible into a reward you can touch with your very own hands and feel in your heart.

It's a great movie to watch (and as Filipinos, seeing a family face the challenges of adapting to a foreign life far from home is sure to tug on heartstrings), so make sure you don't miss it.

In celebration of Steven Yeun's first-ever Oscar nomination, the biggest accolade of his career by far, here are some of the best things to know about the actor. Check the gallery below: All About Steven Yeun

All About Steven Yeun 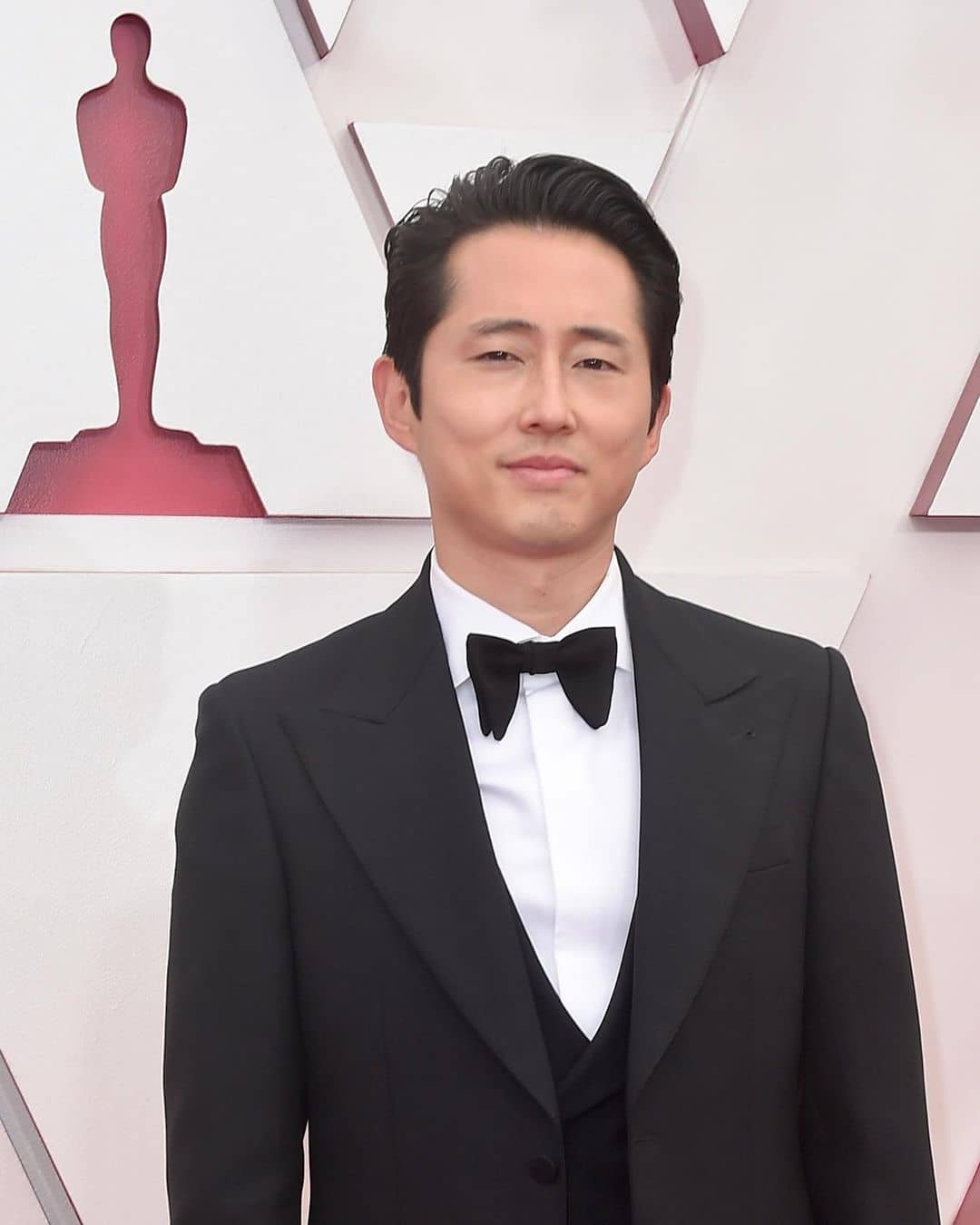 Glenn? Little Cato? If you're not a Steven Yeun fan, these things might sound like gibberish to you, but they're actually two examples of Steven Yeun's characters! Speaking of characters, he's portrayed such a wide variety of them, making it virtually impossible to attach him to a genre. Glenn is arguably his most famous; he was a main character in "The Walking Dead," while Little Cato is from the acclaimed animated series "Final Space," and he also plays K in "Okja" as well as Ben in "Burning." His filmography is a mix of onscreen and voice acting work which is testament to his versatility. You'll see him fit in nicely in comedy, thrillers, drama, and yes, even children's series, which begs the question, is there anything Steven Yeun can't do? After his Oscar nomination for portraying a character who was more parts serious than fun-loving, it'll be a little hard for viewers to picture Steven Yeun as a funny dude, but he is! He really is, so much so that he's a favorite guest of many a late night host like Seth Meyers, Stephen Colbert, Jimmy Fallon, and of course, Conan O'Brien. He's especially popular among Conan fans because of a famous segment that he and Conan regularly do; what happens is he often takes Conan O'Brien to traditionally Korean experiences (like Korean BBQ restaurants and, well, naked spas) and the pair's comedic style always drives viewers nuts. Conan O'Brien's wit plus Steven Yeun's surprisingly self-depreciating, dry, and self-aware humor are a perfect match. Go ahead and search for their segments on YouTube and you won't regret it. Aside from his talent, another thing that made Steven Yeun the perfect choice for "Minari" is that he too has immigrant roots. He might have perfect American English and is well-embedded in his life as an American these days, but he's actually a product of Korean parents who immigrated to North American in the 80s. They set foot in Canada first and eventually moved to the US when Steven was about five years old. Most of what his real family experienced, his "Minari" one did, too, making his work on the film incredibly true to his personal life. But even though it can be said that he's pretty much American for growing up abroad, he remains connected to Korean culture. He speaks Korean at home, visits Korea often, is close to his family and respects Korean tradition, plus, he talks about being Korean all the time—it's something that he's proud of. Naturally, Steven Yeun's traditionally Asian parents wouldn't have let him start working in showbiz until he graduated from college. And so, he worked hard at earning a degree, but not just any degree; he majored in psychology with a focus on neuroscience, and though he never did pursue a career in healthcare, his knowledge on how motivation and people's inner worlds affected their behavior, thoughts, and feelings has been a powerful addition to his acting toolkit. His interest in acting did coincide with his college life though; he was part of an improv group while in school, and it helped him develop his confidence onstage and in front of the camera. Post-graduation, he decided that acting work was for him, rather than a life in medicine. 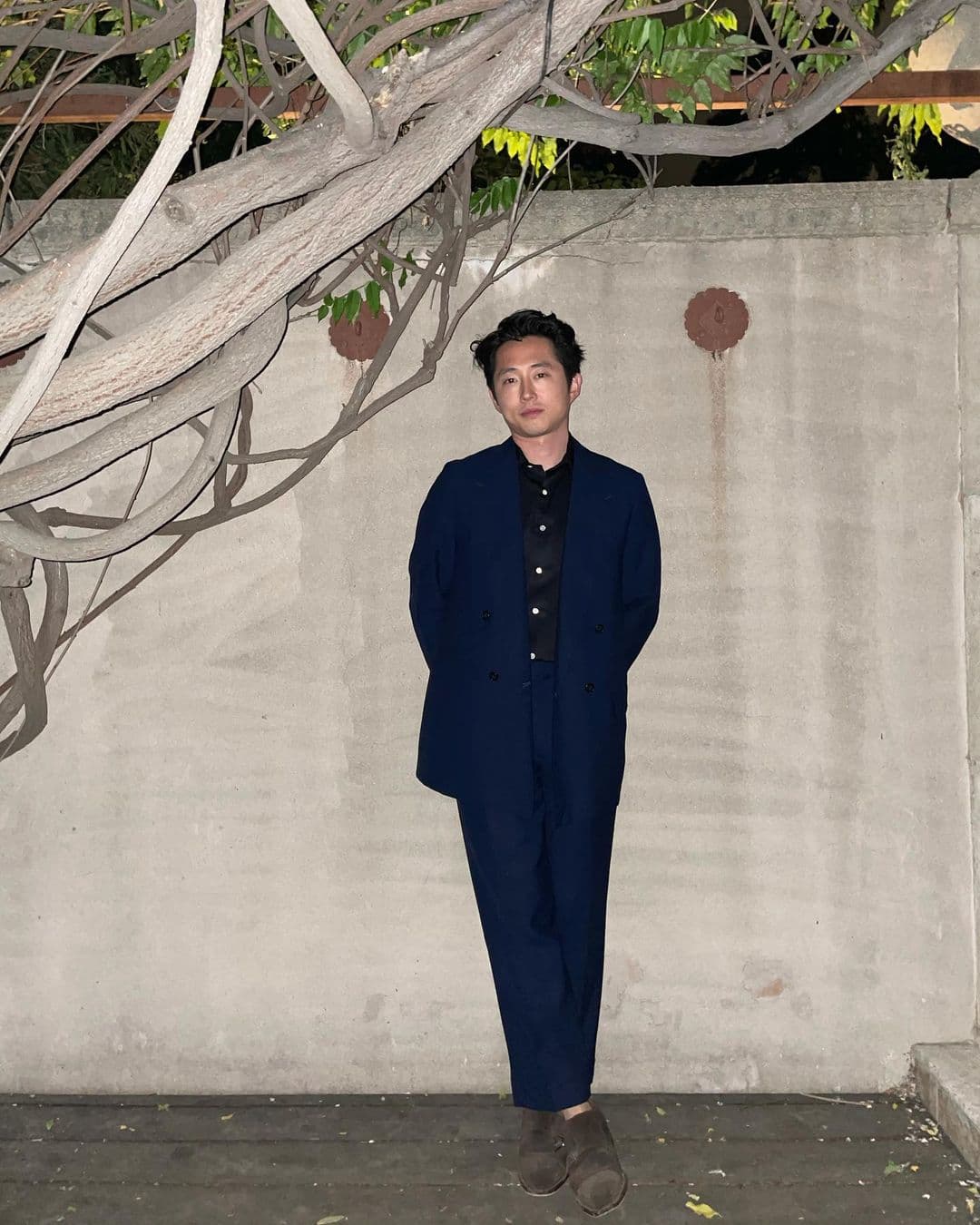 In real life, Steven Yeun is a dad and husband himself. He's got two kids, a four-year-old son and a two-year-old daughter, and he's forever committed to his lovely wife Joana Pak. The two tied the knot in 2016. Despite being a high-profile celeb, he's mananged to keep much of his family affairs private. His Instagram is pretty much empty, save for a few photos of work stuff and a couple of shots of himself. 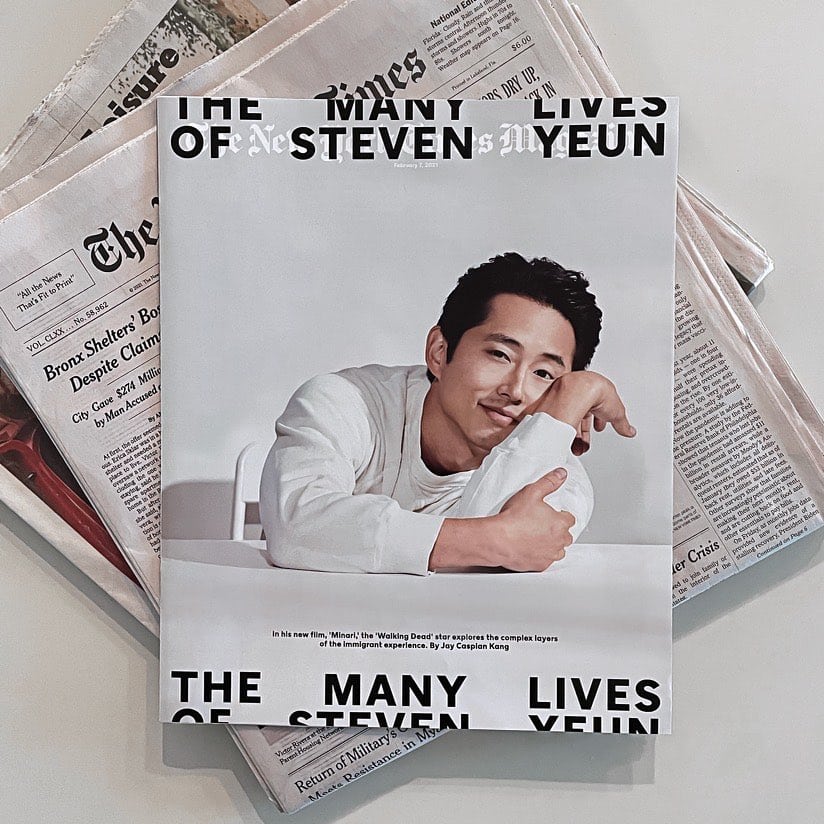 He might be an Oscar nominee after 12 years in the industry, but it wasn't always like this. Though he knew he had talent, Steven Yeun was in for a rude awakening when he started trying out for roles in LA, and then promptly realized that Hollywood "had no room" for Asian-American actors, or at least the kind that looked more Asian than American. He struggled to get cast in even small productions because of a non-existent demand for characters that looked the way he did. And then came "The Walking Dead," his big break, where Glenn Rhee was a main character for seven seasons and an eventual fan favorite. His success on the show pushed him to become an advocate for diversity in Hollywood, becoming a beacon for other Asian-Americans wishing to pursue the same. He shows that non-white actors and actresses don't have to fill out roles that are specifically Asian; talent goes beyond race and eye shape and skin color, and he's out to prove that as he does more and more in his career.

The Best New Actresses In The K-Drama Scene Today, According To The 57th Baeksang Arts Awards