Last Song co-stars turned real-life lovers Liam Hemsworth and Miley Cyrus seemed to be a match made in heaven. Their relationship was closely watched by fans, taking them into what was like a rollercoaster of emotions. The couple managed to get through two canceled engagements until they finally surprised everyone with some wedding news in December 2018.

Me and my hot date last night @avengers endgame. An absolute blast of a time! 🚀🚀

READ: Miley Cyrus Got a Tattoo Inspired by Her Italian Vacation With Kaitlynn Carter

After their intimate wedding, their marriage only lasted for eight months. Though reasons may not be clear to all those who believe in the couple’s great love story, Miley did release a song titled “Slide Away” that is practically conveying her genuine realizations with her past relationship, quoting, “Move on, we're not 17, I'm not who I used to be. You say that everything changed, you're right, we're grown now…”

Liam confirmed the breakup via an Instagram post, saying, “Hi all. Just a quick note to say that Miley and I have recently separated and I wish her nothing but health and happiness going forward. This a private matter and I have not made, nor will I be making, any comments to any journalists or media outlets. Any reported quotes attributed to me are false. Peace and Love.” He then flew back to his hometown in Australia, where he spent time with his closest relatives, and steered away from social media.

During that time, a steamy photo taken in Italy surfaced, where Miley and Kaitlynn Carter were spotted making out in a yacht. But just like any other whirlwind romance, things didn't quite work out between them due to Miley’s personal reasons. An insider shares, “Miley called things off with Kaitlynn because it was getting serious and she wasn’t comfortable with that.”

READ: Miley Cyrus Got a Tattoo Inspired by Her Italian Vacation With Kaitlynn Carter

Miley continued dating until she made headlines yet again after she was seen kissing Cody Simpson. Since this shocking news broke the Internet, the two have been unstoppable at their public display of affection. 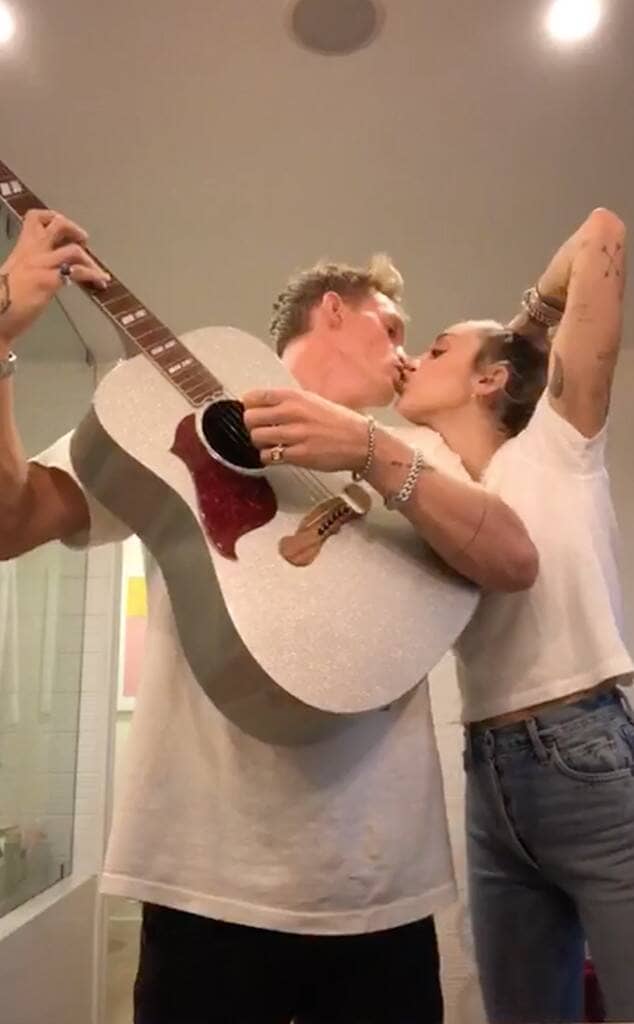 Now that Cody and Miley look like they’re just having a really good time with no strings attached, Liam returned to the US and was spotted getting comfortable with Maddison Brown! Based on how close they were, it seemed like it wasn't their first date together.

Don’t try to match anyone’s frequency but your own. See you in two weeks ocean 🌊

Read more about this news: