EXCLUSIVE: We Played The "Who's Most Likely To" Game With BGYO

Newly-launched P-Pop boy group BGYO joined us in an episode of Metro Chats on Kumu's FYE Channel, and we got to know the members better through this fun game

We spent a fun evening with the boys of BGYO as they did a guesting on our show, Metro Chats, on Kumu's FYE Channel recently.

Since being officially launched last January 29, 2021, the five-member P-Pop boy group—composed of Akira Morishita, Gelo Rivera, JL Toreliza, Mikki Claver Jr., and Nate Porcalla—BGYO has been making waves in the local music scene. They're bringing in a new flavor to the ever-evolving P-Pop genre, and the boys are earning legions of fans with every performance, guesting, and feat.

Their official debut single, "The Light," is much raved about, and its official music video has now surpassed two million views on YouTube. Seeing how talented and passionate they are about their craft, it won't be surprising for BGYO's popularity to skyrocket in the years to come.

Check out fun facts about each member, as revealed by their bandmates, in the gallery below: 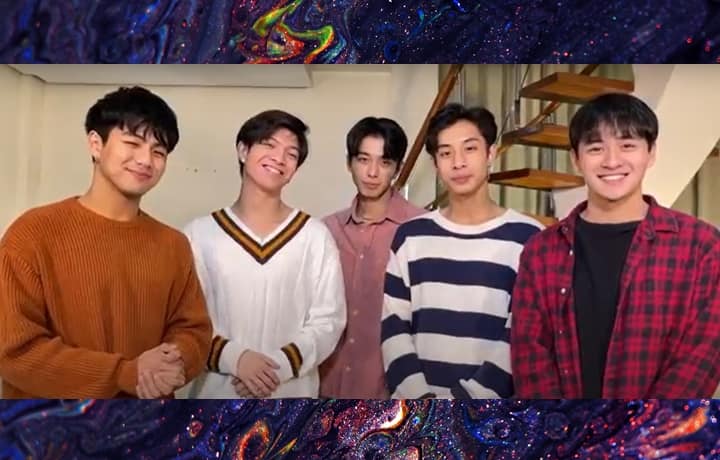 "Who's Most Likely To" With BGYO 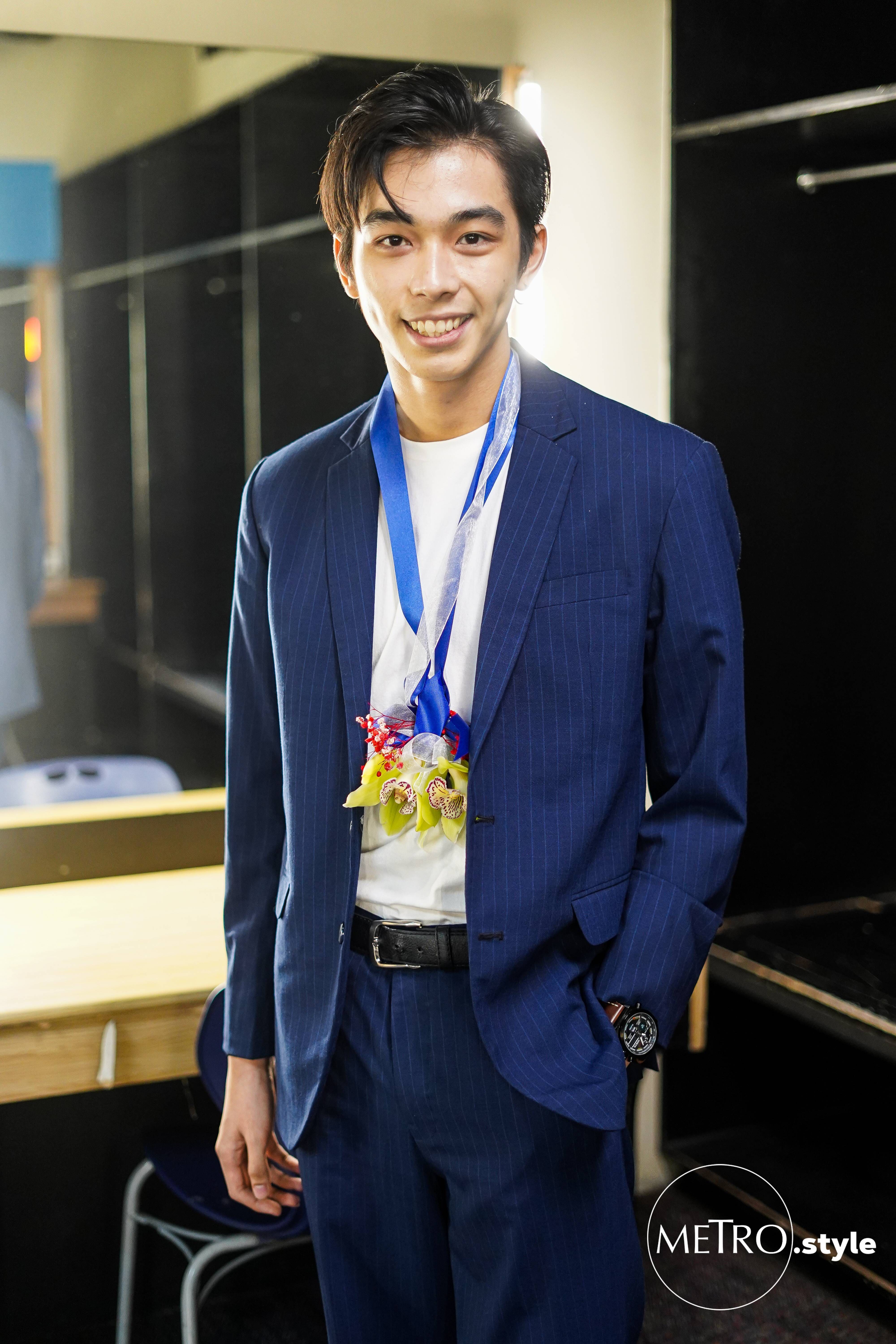 Gelo, as the leader of BGYO, is considered by his bandmates as their "Kuya" and therefore the wisest in their group. And because he's like their Kuya, he's also the one who's most likely to cook for the other BGYO members since they live in the same house. He says, "Kasi may time na hindi na po kami nakapagpa-deliver, so kailangan namin mag-grocery so ako 'yung usually nagluluto ng iba’t-ibang ulam everyday then may times din na nagpapatulong ako sa kanila po.” When they were asked who's most likely to have their hair dyed in a weird or an unusual color, the boys mentioned Gelo and Nate, as the rest only go for black or brown tones. The boys also said that they consider both Gelo and Nate as the best rappers in the group. Akira jokes that "they're cyborgs." 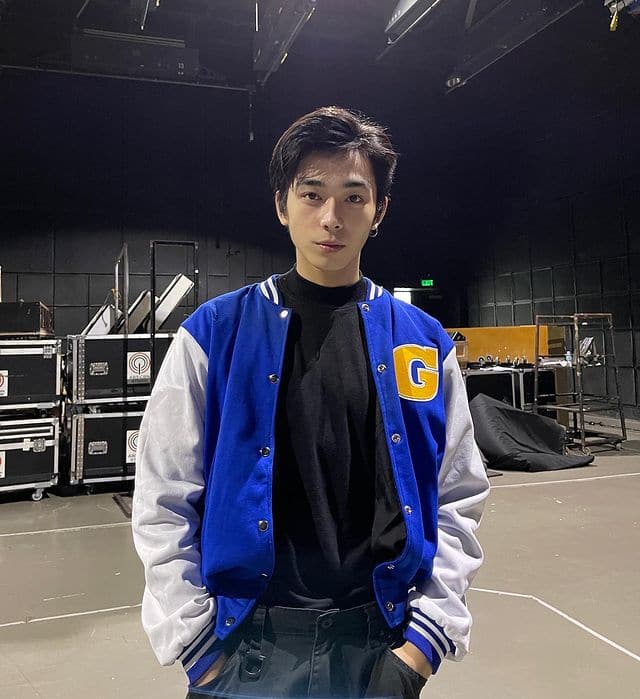 Another thing that Gelo and Nate have in common, according to their bandmates, is that they're both likely to travel abroad to watch a concert. Then when we asked who the most serious in the group is, they said that they all have a serious side. Gelo shares, "Siguro pantay-pantay kami ng seriousness kapag kailangan na talaga maging serious which is a good thing." 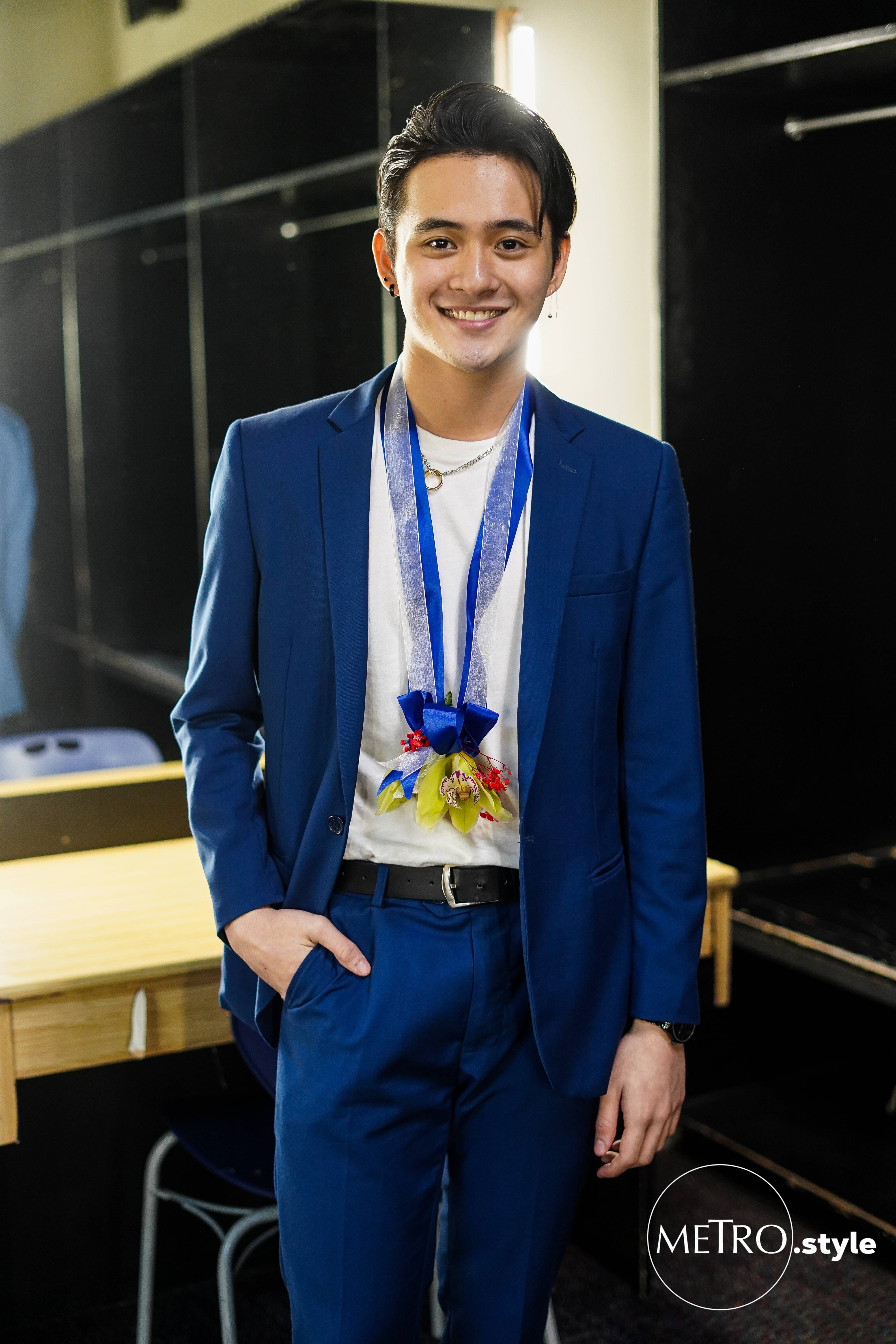 Several questions in the "Who's Most Likely To" challenge were perfect for Akira. His bandmates revealed that he's the one who usually wakes up earliest, but Akira points out, "Ako po 'yung kadalasang naunang nagigising pero hindi po ako 'yung unang bumabangon. Gising lang po pero tulog uli." Later, in the interview, we also found out that he's that BGYO member who tends to fall asleep while watching TV. Speaking of watching, Akira's fellow BGYO members also shared that he's the one who's most likely to cry after seeing a sad movie. Akira told us the movie "The Notebook" as well as KathNiel films made him cry. From crying to feeling kilig—the boys also spilled that Akira is most likely to embarrass himself in front of a crush. As to why, JL insisted he tells us the backstory. "Dati po kasi nakita ko si Miss Jane de Leon nu'ng KTX, so nagpa-picture po ako then hiyang-hiya po ako," Akira says. 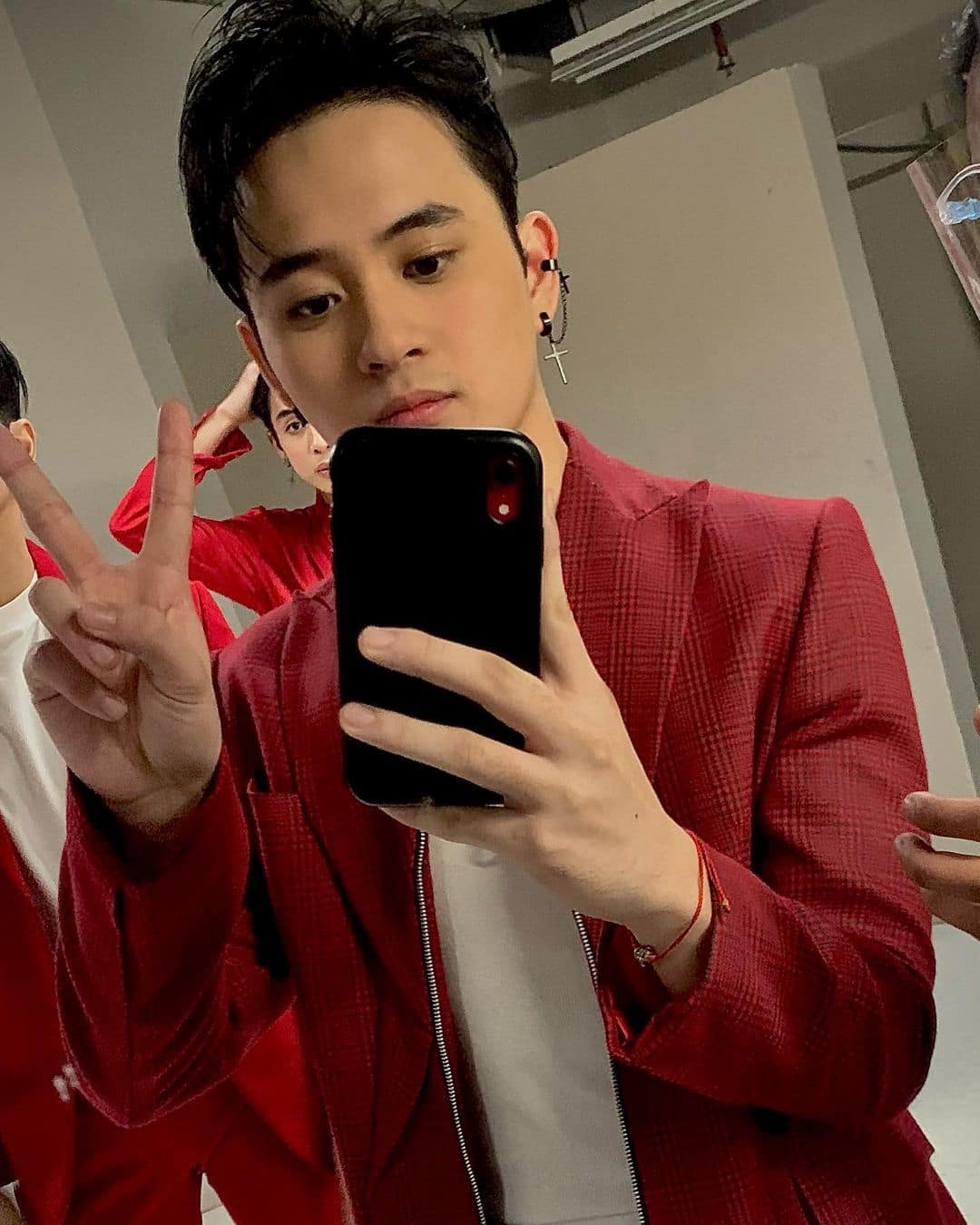 We asked the BGYO boys to tell us who the prankster is among them, and they said they all have a sense of humor. But they also know when they should be serious. Akira said that "in terms of training and kapag may mga deadlines and everything," that's when they really get down to business. 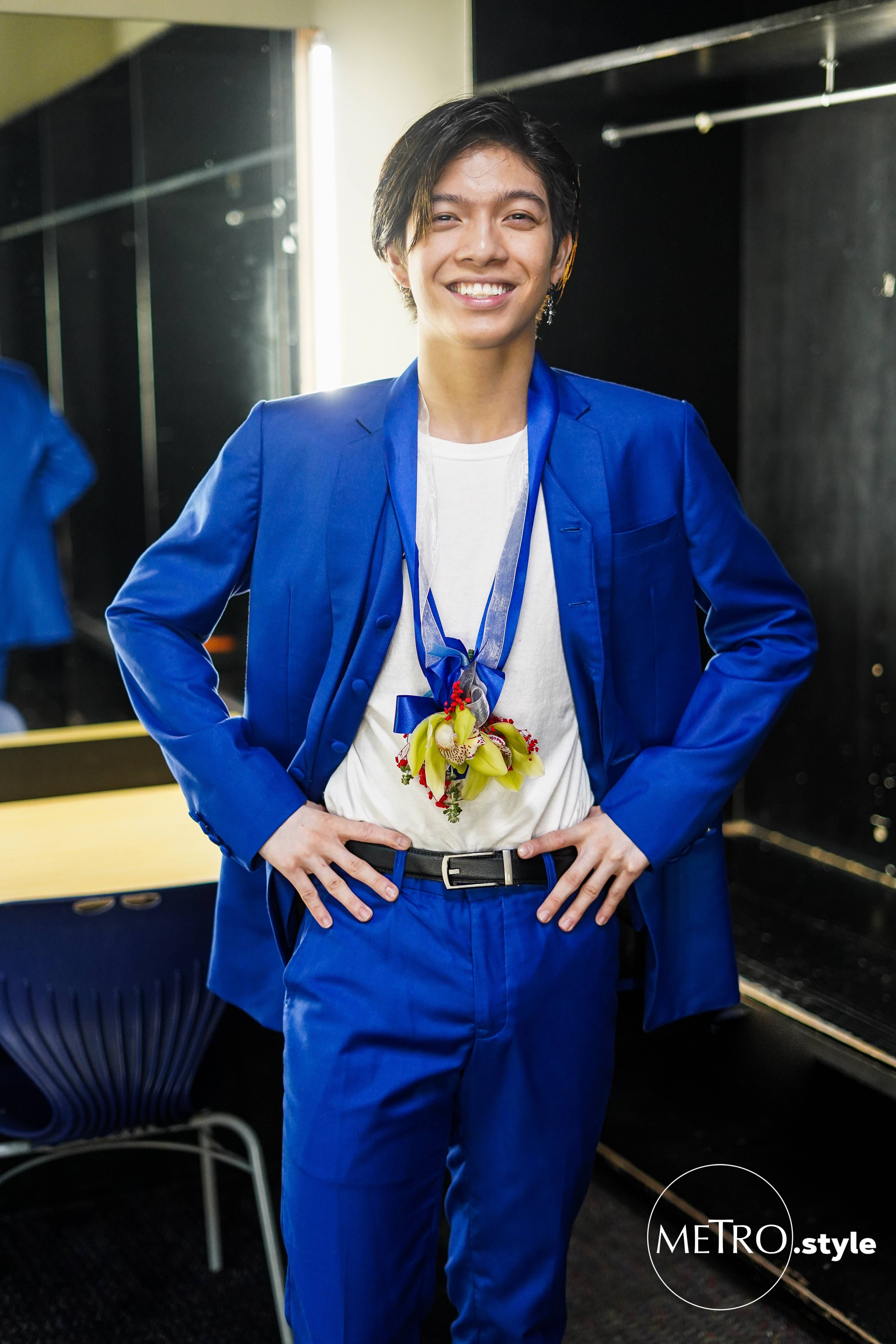 The boys of BGYO are very disciplined not just when it comes to their work but also with their diet. But they're not the type to starve themselves and they welcome binging once in a while. Who's most likely to finish a whole box of pizza? Everyone said it's Nate! "It's my favorite," he says. Speaking of discipline, Nate knows now that he's better off not staying up late playing video games. He used to play till 4a.m., but now that he's a member of BGYO, he made some lifestyle changes, so he can function better especially because they train as early as 7a.m. these days. Then when we asked who's most likely to watch a K-drama among them, they all pointed to Nate. The title he recommended as a must-see is "My ID is Gangnam Beauty," which stars K-Pop boy group ASTRO member Cha Eun-woo. Earlier, we mentioned that Nate and Gelo are the ones who are most likely to travel abroad to watch a concert. When asked who they'd want to watch, Nate shared that he wants to experience Coachella and see Sam Kim or BTS perform in South Korea. And we're sure that when he does get a chance to experience these concerts, he'd be dressed to impress. Why? Because his bandmates revealed that Nate is the one who's most likely to shop for a luxury item. He quips, "I love clothes!" 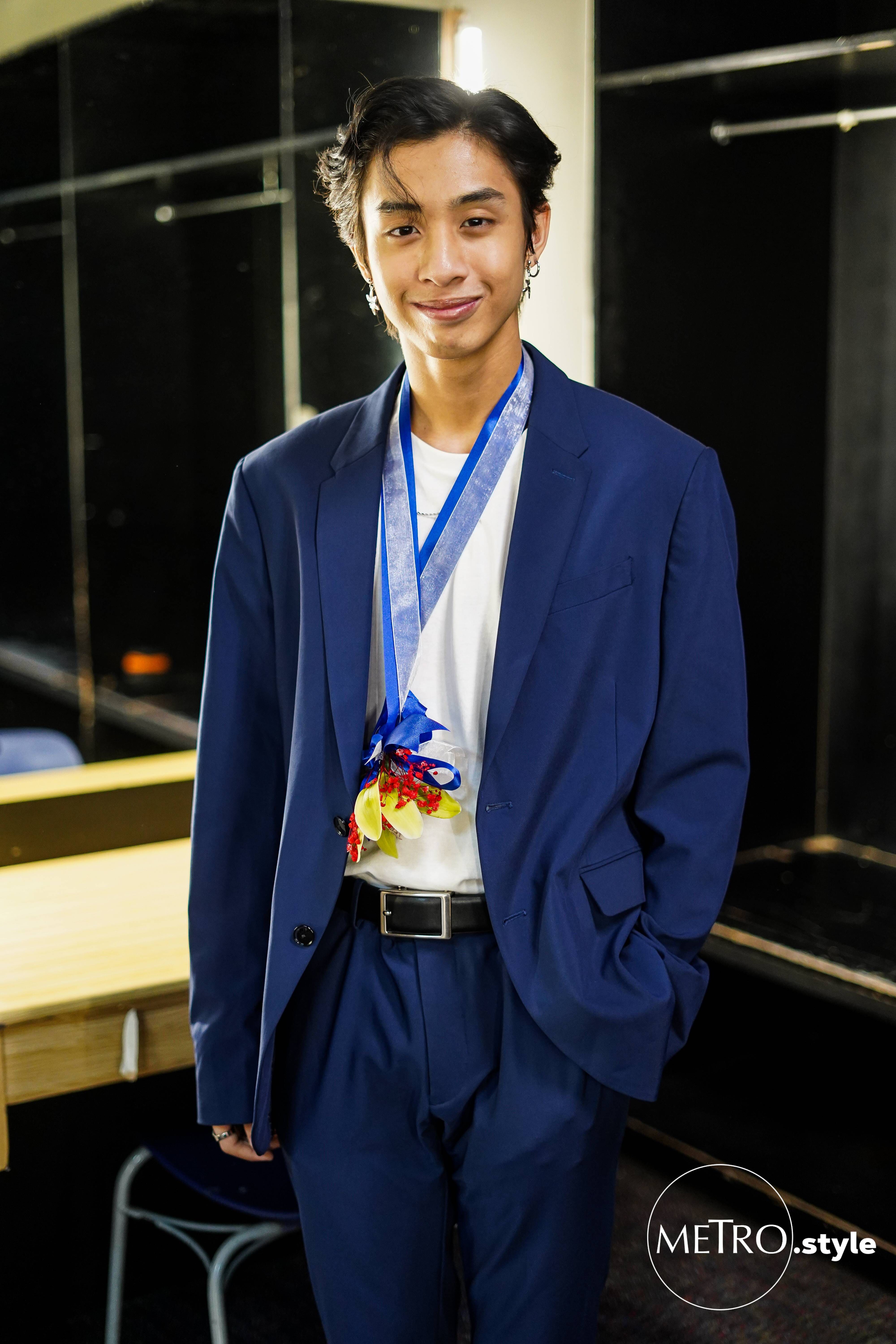 Though they're very passionate about their craft, the BGYO members are not all about work. They're serious about work but they make sure to have fun while at it. Mikki shares, "Lalo na po 'pag training, tahimik po lahat tapos may bigla na lang pong magjo-joke." They devote time for other things that they enjoy as well, like free time spent chilling and watching their favorite shows. They all love anime, but Mikki is extra into it and is currently hooked on "Attack on Titan." 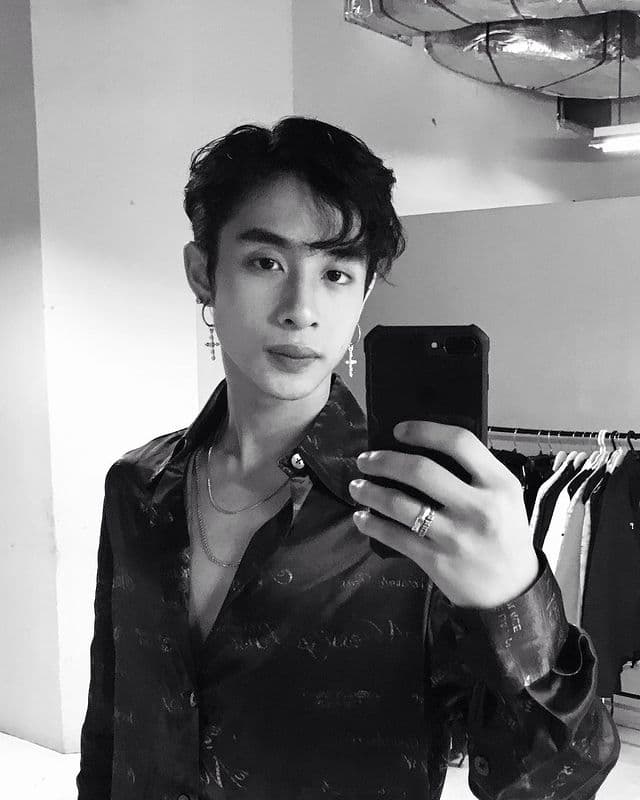 When he isn't watching on Netflix, he's most likely watching random videos on YouTube, his favorite platform. Because he's always on YouTube, Mikki tends to be inseparable from his phone, pretty much like the rest of his bandmates. 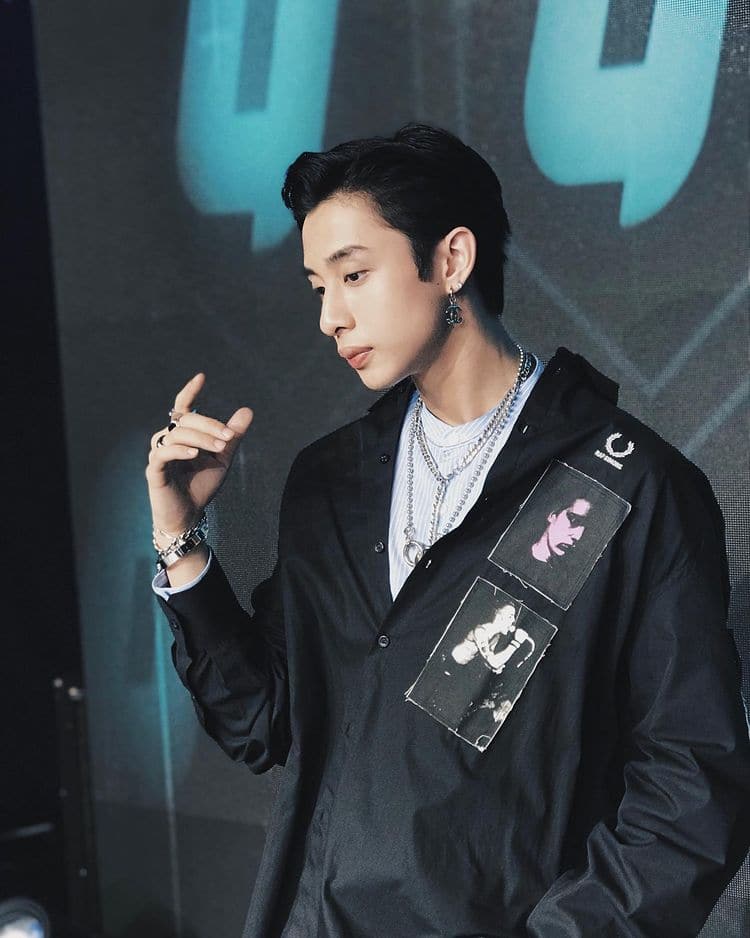 Since we're on the topic of YouTube, if you haven't yet, check out the official music video of their debut single, "The Light," which now has more than two million views. In an exclusive Zoom interview, Mikki told us that he actually wrote the bridge part of the song. He says, "The time when I was writing that po, sobrang down na parang naghahanap po ako ng life or light... sobrang nagustuhan ko po 'yung line na 'ang bituin ay kaya nating abutin.'" JL had a lot of things to say during BGYO's Metro Chats guesting. He was ready with additional anecdotes for many of the items in our questionnaire. When asked who the most conscious about diet is in their team, they said that that applies to all of them. And JL offered a very honest explanation which we appreciated: "Kailangan po naka-maintain 'yung weight namin lalo na po 'pag sa TV po, magmumukha po kaming chubby po kapag nag-gain pa kami ng weight." Who's most likely to sing in the shower? All of them! But when we asked who they think the best singer in the group is, two names were mentioned: JL and Akira. Mikki says, "They are vocal gods!" JL's bandmates not just think he's a great singer, they consider him one of the funniest in their group as well, alongside Gelo and Akira. "Mahilig po [ako] mag-joke pero siguro masayahin lang talaga," JL shares. 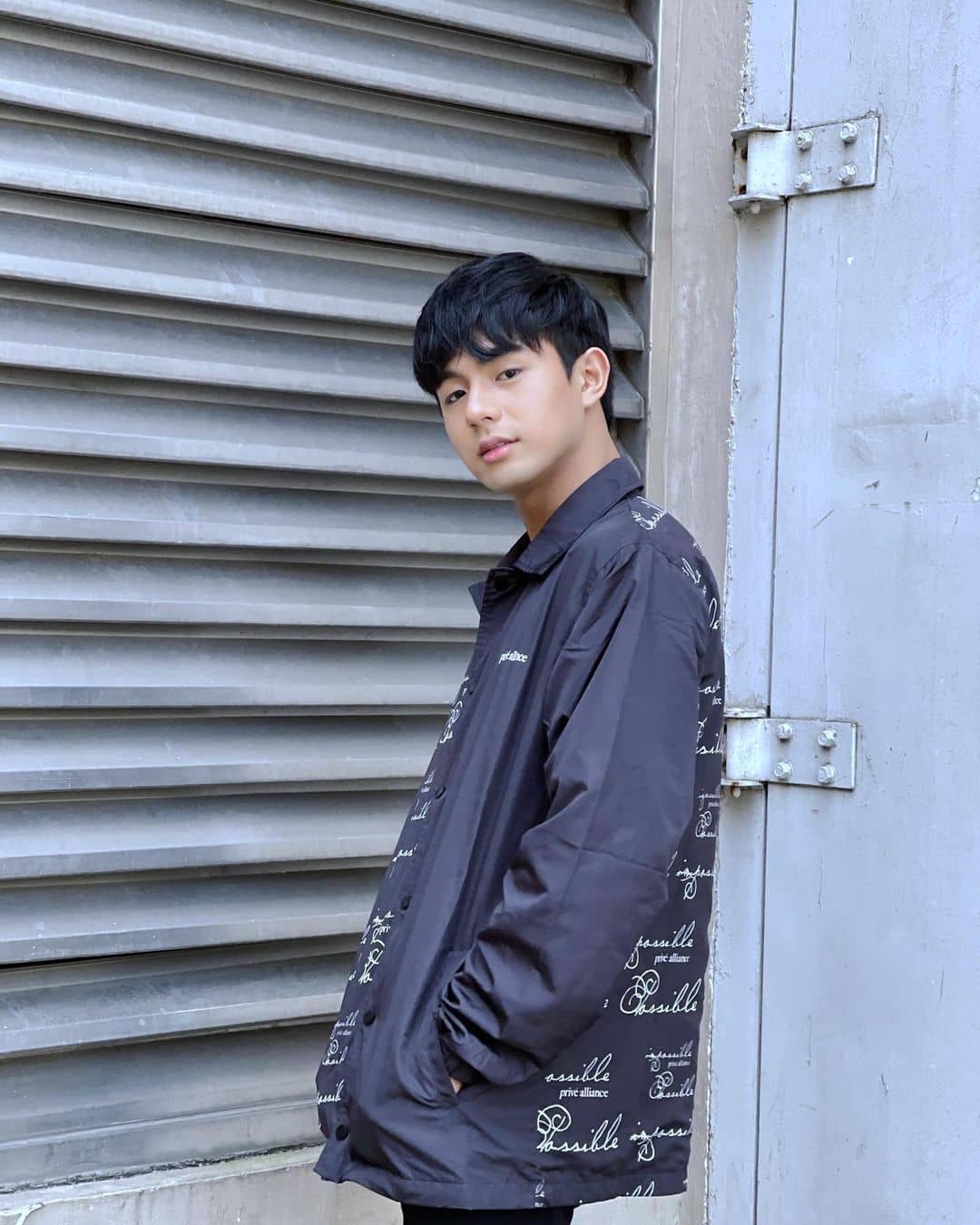 Check out our exclusive interviews with the BGYO members below:

EXCLUSIVE! Get To Know The Members Of P-Pop Boy Group BGYO

Watch BGYO playing "Who's Most Likely To" with Metro.Style:

Lead photos courtesy of BGYO and from @ofcbgyo_akira

Check out MOMOLAND playing "Who's Most Likely To" with Metro.Style below:

EXCLUSIVE: Catching Up With Catriona Gray About Her New Song, Big Life Lessons, And Fresh Realizations