Zhao Liying: Hail to the Ratings Queen of C-Drama

Get to know Chinese TV drama darling Zhao Liying—the undisputed “Ratings Queen” with 14 dramas reportedly racking up over 180 billion views online. Find out why C-Drama fans are enamored with her and the projects she chose to star in

Phenomenal. The word perfectly encapsulates Zhao Liying (also known as Zanilia Zhao), beloved Chinese actress who just wrapped up with the airing of the epic C-Drama Legend of Fei, and her impact on the entertainment industry.

If you are a long-time fan of Chinese dramas, chances are you’re familiar with the serene yet strong beauty and presence of Zhao Liying. If not, better get acquainted with China’s reigning primetime television sweetheart.

Zhao Liying is one of the faces of Dior | Dior

She grew up in the countryside.

Zhao Liying was born and raised in the coastal province of Hebei in Northern China. In an article on a Chinese publication, she mentioned about her humble upbringing and said, “I was born in a village, but it was the experience of rural life that strengthened my strong will and gave me a firm and tenacious personality.” In 2016, she was tapped as the tourism ambassador of Hebei, her home province.

She started her career on a talent search.

She was discovered in 2006 through the singing show Yahoo Search Star Game and became the grand winner. She was then signed to a talent agency and made her acting debut the following year in the family drama Golden Marriage.

Her breakthrough project was a historical drama.

Zhao Liying have had multiple acting projects in the past but she made a star-making turn in 2013 on the historical drama Legend of Lu Zhen where she played an ordinary woman who worked her way up and became the first female prime minister. It was a drama that made her a household name in China and helper her achieve international recognition in South Korea and Japan.

Not only is Zhao Liying a TV ratings draw, she is also a respected actress earning various awards and recognitions. In 2013, she won Best New Actress at the 4th China TV Drama Awards for her role on Legend of Lu Zhen. Two years later, she received a Best Actress (Emerald) award at the 2nd The Actors of China Award Ceremony and at the 28th China TV Golden Eagle Awards for The Journey of Flower and Actress with the Most Ratings Appeal at the 7th China TV Drama Awards. In 2016, she was named TV Actress of the Year by the Chengdu Economic Daily Readers’ Reputation Ranking and Artist of the Year at the 5th iQiyi All-star Carnival. She won the Best Actress (Emerald) recognition in 2019 at the 6th The Actors of China Award Ceremony for The Story of Minglan while in 2020, China Literature Awards Ceremony named her Actress of the Year. In addition, she ranked 4th on Forbes China Celebrity 100 list back in 2017 displaying her immense power and influence.

She is married to a fellow actor.

In 2018, Zhao Liying surprised fans when she announced her marriage to actor Feng Shao Feng. The two were co-stars  on the movie The Monkey King 3 and in the 70-episode C-Drama The Story of Minglan. The following year, the actress became a mom to a baby boy.

Zhao Liying joins Hollywood actresses like Charlize Theron, Natalie Portman, Marion Cotillard, Jennifer Lawrence; Korean stars Suzy, Nam Joo Hyuk, and BLACKPINK's Jisoo, and CDrama stars Angelababy and Huang Xuan in being muses for Dior. This partnership, which began in 2017, enhanced the image of Zhao Liying. Since then she's been constantly attending fashion week, and participating in high fashion shoots. She is also the face of Longines.

Now that you’re more acquainted with Zhao Liying’s personal life, bring out the popcorn and immerse yourself in the drama world she has created with strong, independent characters she helped bring to life. 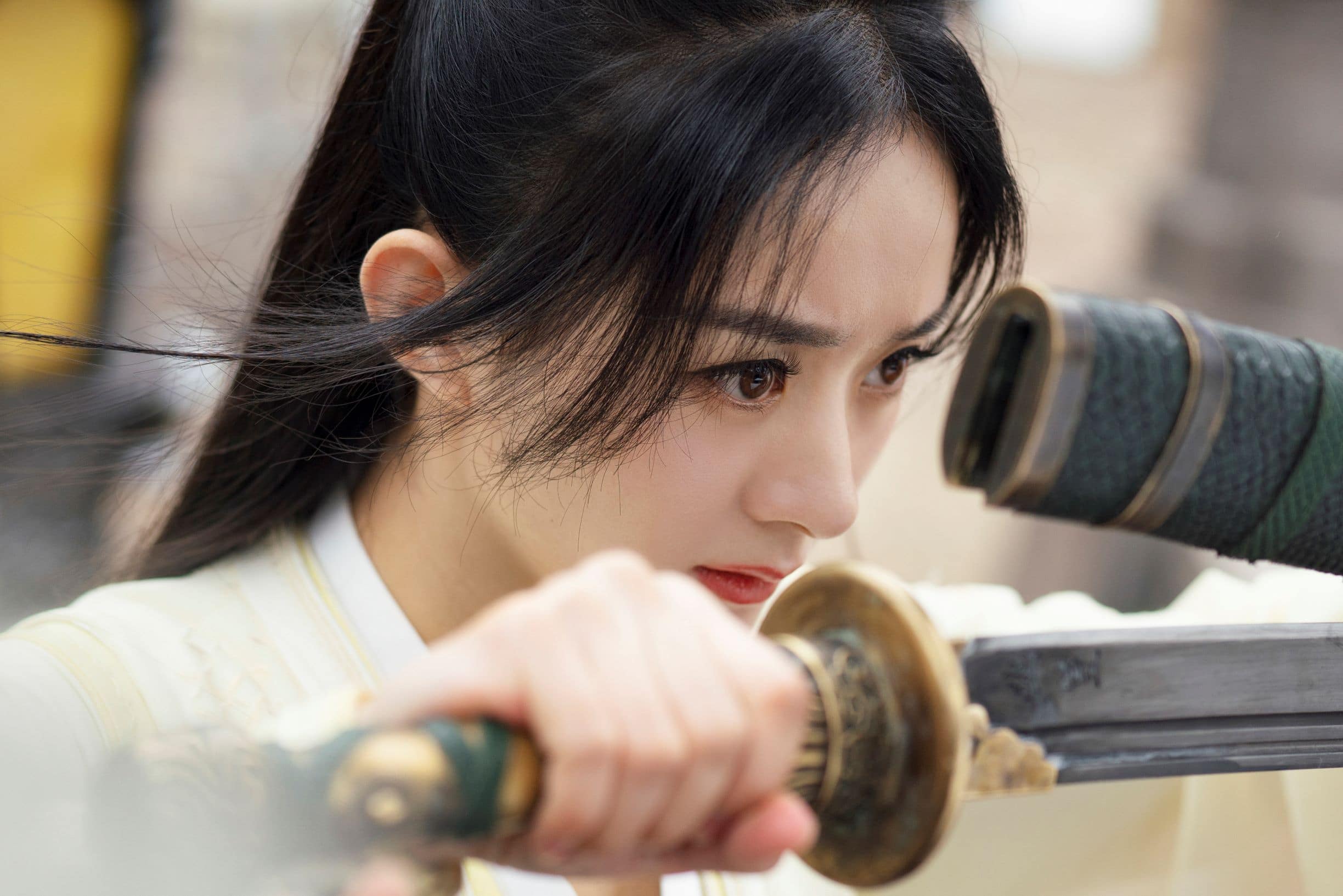 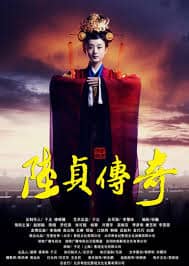 Lu Zhen (Zhao Liying) worked at the palace to escape a life with her cruel stepmother. Because of her hard work, she rose through the ranks and managed to captivate the crown prince. But her social status and jealous peers got in the way of romance. Lu Zhen chose to focus on work and politics and help the prince thwart a coup d’etat. Circumstances led her to become the female prime minister—the highest position in the land. In this romantic comedy drama, rich heir Feng Teng (Hans Zhang) looks for a blood donor for his younger sister and finds Xue Shan Shan (Zhao Liying). He later falls in love with her as her bright and cheerful disposition melts his heart. The Journey of Flower

The drama tells the story of Hua Qiangu (Zhao Liying), an orphan who possesses a scent that lures demons which makes the villagers hate her. This is the C-drama that surpassed 20 billion online views for the first time. 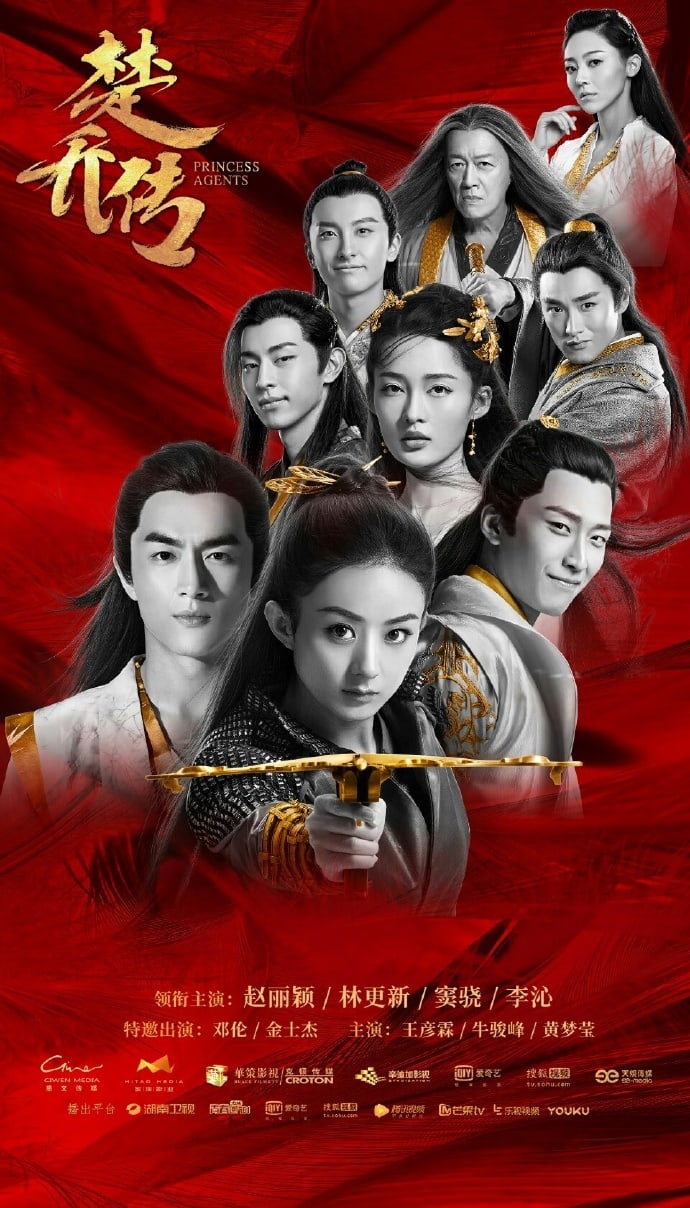 Zhao Liying plays the role of Chu Qiao, an innocent civilian who was left in the forest with other slaves. The Prince of Yanbei, Yan Xun, was able to save her from being a target of rich lords and she was subsequently brought into a powerful family. Chu Qiao rose through the ranks to become a powerful female general. The drama follows her survival among power struggles and life challenges. The drama holds the record as the first Chinese drama to have over 40 billion views while it was still airing. The Story of Minglan

The drama revolves around the life of Minglan, an unfavored sixth daughter of a Chinese official from the Northern Song dynasty. She lost her mother at an early age and was raised by her grandmother. To survive the world, she learned to toughen up, hide her skills and navigate life with cunning methods. Minglan crosses paths with Gu Tingye, a man who comes from a rich and noble family, who never hides how he is. Unfortunately, Gu Tingye was betrayed and lost everything. Minglan and Tingye team up and work together in their quest for justice. The Legend of Fei

This currently airing drama of Zhao Liying is about Zhou Fei, a granddaughter of a national hero who found herself becoming a bandit for the greater good. She longs for a life outside of her world and acts on it by repeatedly trying to escape. She almost drowned in one occasion but was saved by Xie Yun, a free-spirited young man who’s also a martial arts expert. They form an unlikely bond and friendship which lead them to various adventures.

Be captivated by the strong and impressive characters and stories Zhao Liying memorably played that left the Chinese audience and international fans in awe. Enjoy viewing the quality C-Dramas of the actress now available and streaming on Netflix, iQiyi and WeTV.

Find Yourself: A Modern Love Story for C-Drama Newbies and Lovers

10 Reasons to Watch and Obsess Over Chinese Dramas

What The Biggest Celebrities Wore at the 'Elle' China Style Awards

This Is It! The Most Gorgeous Chinese/Korean/Thai Drama Stars With The Best Fashion