In a month-long, twenty-person shoot outside the Philippines early this year, Kathryn Bernardo and Alden Richards made history. When Hello, Love, Goodbye was announced in March, both stars had braced themselves for the worst. They’d readied themselves for angry, diehard fans, but what they’d been faced with instead was quite the opposite. Support poured in, and excitement crackled in the air. It’s the dawn of a new era, and both Kathryn and Alden can only hope that it’s here to stay.

They're not the first to do this. In 2007, Piolo Pascual and Regine Velasquez starred in the Star Cinema x Viva Films movie Paano Kita Iibigin, when she was still a contract artist for GMA-7. In 2009, KC Concepcion and Richard Gutierrez were paired up to star in For The First Time and When I Met You, uniting the country’s biggest networks. But in this generation, and with two of the biggest names from the biggest love teams no less, it had yet to happen, until finally, it did. “P'wede pala,” Alden says. “Medyo unconventional to pull out a certain pair from  another love team na currently existing. It was a risk for both Kath and me—both of us took a risk upon accepting this project, but it turns out it’s not so bad after all.”

“It’s the start of a very good collaboration,” he adds.

Though Kathryn and Alden have an endorsement in common, they’ve never shared more than one hi or hello when they bump into each other at events. Their first official meeting took place during the movie’s story conference in a restaurant near the ABS-CBN compound, and their first impressions weren’t far off from their actual personalities, either. She shares, “Ang dami ko naman kasing ka-work before na naka-work si Alden so meron akong konting idea kung paano siya. But then nung na-meet ko siya, I thought, he’s very mature.”

Kathryn shares that Alden made her feel instantly comfortable—thanks to his genuine and gentlemanly qualities. It takes her a while to warm up to co-stars, she reveals, especially if they’re guys, but with Alden, it was different because he was a breath of fresh air. “I felt safe,” she says. “Walang ilangan masyado. Of course, the normal amount [of ilangan] sa first few days. But I felt safe. He made me feel safe.”

Alden talks highly of his co-star as well, saying, “I always thought of her as very sweet, very sincere. And then na-confirm ko ‘yun as I worked with her in this film.”

Despite their four-year age gap (Kathryn is 23 and Alden is 27), the chemistry between the two stars is palpable. Their energies light up a room, and their fast friendship has made their time on set easier and lighter, especially considering how hard of a shoot it was behind the camera. The movie, shot on location in Hong Kong, took less than a month to film—twenty-eight days, to be exact.

The actor shares that being on the set of Hello, Love, Goodbye really taught him to empathize with people more. He’d regularly have lunch with the film’s staff and crew as well as help them carry heavy equipment. “Be with them, feel with them,” Alden says. “Share your presence. It’s the least you can do. That keeps me grounded as a person."

Alden values every person involved in making a film—from the cameraman to the production assistant—and to hear this thought said out loud from one of the biggest young actors in the entertainment industry is beyond refreshing. Alden isn’t just here to learn from his director or his co-stars, he shares; he’s here to learn from everyone. “Kasi kasama sila dito.”

His director gets a special mention, of course, as Alden has always been a fan of Cathy Garcia-Molina’s work, even before he thought of entering show business. (His favorite CGM film? One More Chance, of course.) “It’s really Direk Cathy who held our hands,” Alden says, calling her a "legendary director" and sharing that he’ll forever treasure what he learned from her. “Si Direk talaga ang nag-alalay. If not for her, Ethan would’ve been the same as other characters na nagawa ko before.”

This is probably one of my highlights as an actor. I am grateful for the opportunity to work with and learn from you, Direk. For your words of wisdom and encouragement, Direk Cathy...thank you. #HelloWorldMediaLaunch #HelloLoveGoodbye

And Ethan is very different from Alden. “The only thing we have in common is that pursuer siya,” the actor says. “I’m a pursuer also. If I set my mind on something—if Ethan sets his mind on someone or something—no matter what the cost, he will pursue it. Ganu'n din kasi ako eh.”

For Alden’s role as Ethan del Rosario, a bartender working in Hong Kong, a lot of the preparation involved had been physical. “I lost a lot of weight. I went on a diet, but it’s really mostly exercise. I made my own program. I made my own meal plan, based on the knowledge I’ve acquired since I started working out when I was 16 or 17.” He also did immersion for the film—a locked-in taping lasting for a month afforded nothing else, after all—and that experience increased his appreciation for overseas Filipino workers (OFWs).

I’ve always known that being outside of the country working for your family is really hard. But with this film, na-experience talaga namin kung paano maging OFW kasi malayo kami sa family. It’s really sad pero ang perception ko is walang choice kasi we really have to sustain a living. Majority of the OFWs in Hong Kong are the breadwinners of the family, and I feel the same way because I am a breadwinner myself. It’s never easy. Imagine having to endure homesickness, working alone, being away from your family. Ang dami kong natutunan sa kanila,” he shares.

If Alden is to hold what he’s learned from Direk Cathy closest to his heart, for Kathryn, it’s the friendships formed: her and her leading man, her and the ensemble—from Maymay Entrata to Kakai Bautista and everyone else in between. We ask her what her favorite moment of the shoot is. She’s silent for a moment, and immediately it feels like the entire experience is replaying in her mind. “Lahat, kasi mahirap siya,” she says finally. “Pero ang dami kong natutunan... Hindi ko makakalimutan ‘yung buong experience. Hindi siya naging madali, and ngayon, ang sarap makita na ito na ‘yung fruit ng lahat ng pinaghirapan namin.”

Both Kathryn and Alden will get to see the finished film for the first time today, and they can barely wait. For Kathryn, she’s most excited for her fans to see the story. “Itataya ko buhay ko sa story,” Kathryn says, firmly. Alden, on the other hand, is most excited for fans to experience their fresh team-up. “This tandem between Kath and me, it’s new, it’s new to me, it’s new to Kath. It’s new to our supporters and I’m so, so grateful because they accepted it.”

“True fanship is really showing support to someone you look up to in all aspects. Hindi naman ibig sabihin na na-partner sa iba, it’s the end of this love team,” Alden tells us. “It’s always good to be open-minded about different things. Showbiz, this is a world of possibilities and we all live in this world of possibilities. Sana mas maging open tayo du'n sa mga p'wede pala.” Look at the behind the scenes photos of Metro.Style shoot with Kathryn and Alden

Look at the behind the scenes photos of Metro.Style shoot with Kathryn and Alden 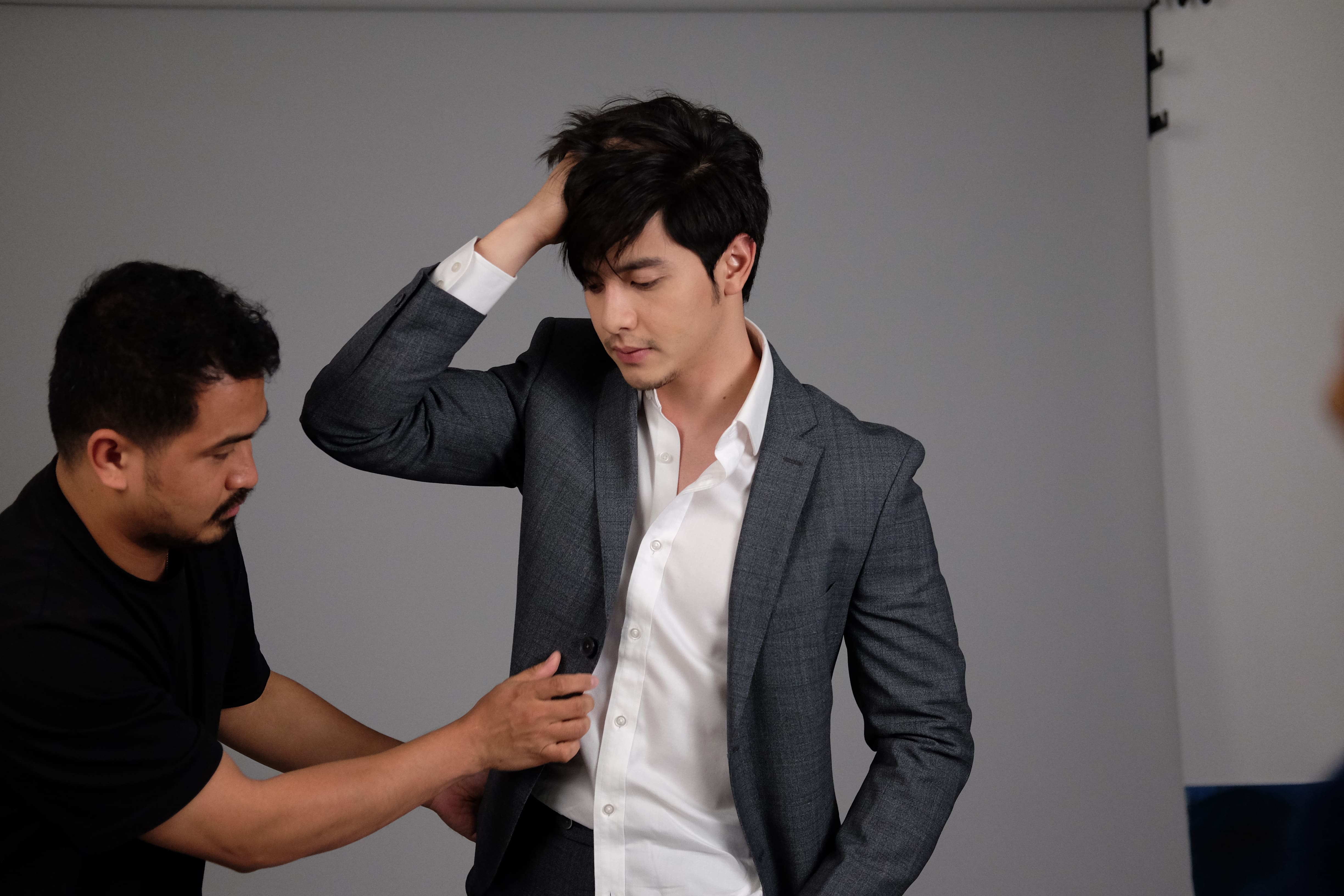 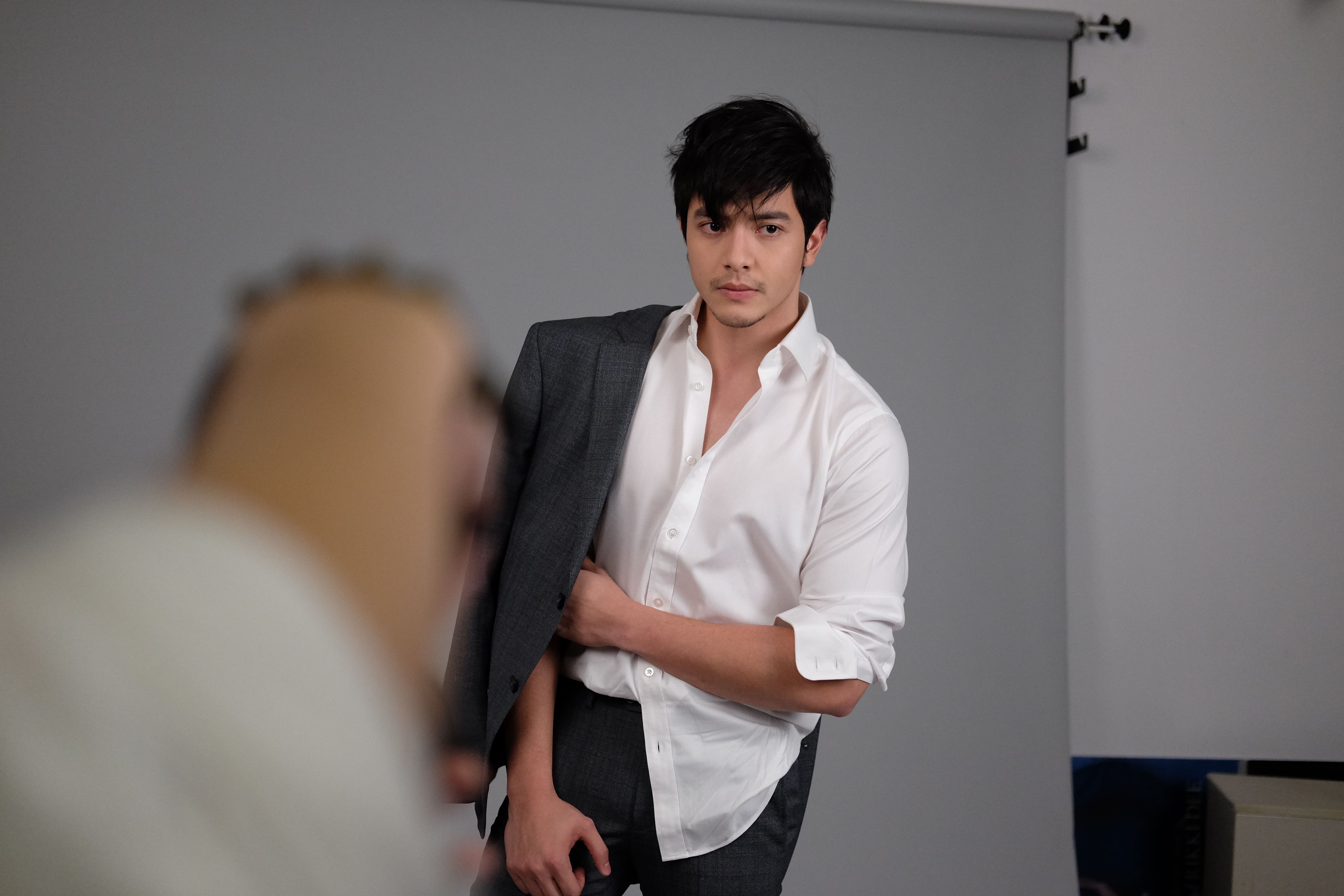 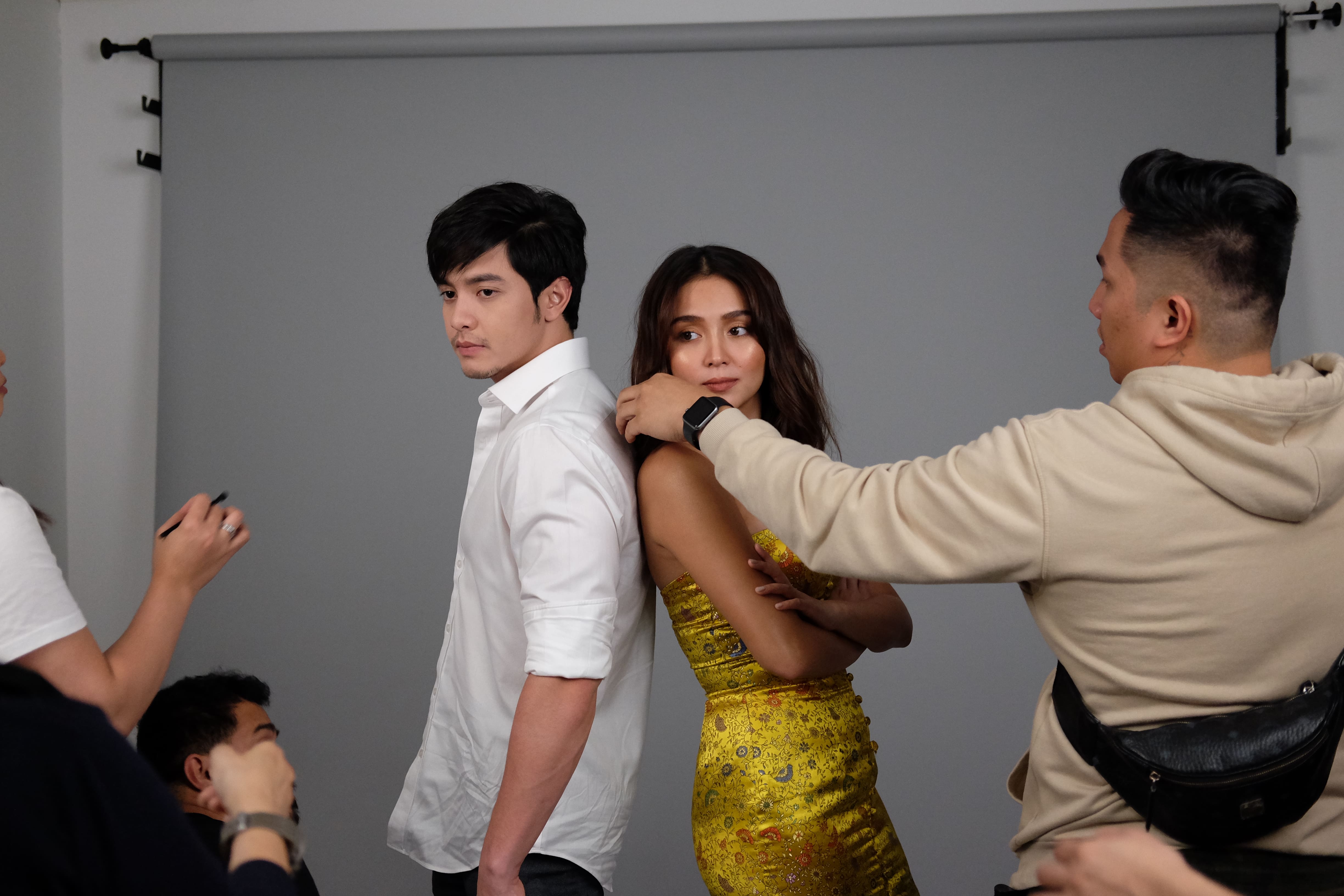 Grooming by Rick Calderon and hairstyling by Jhoan Soria (Alden)

Special thanks to Star Cinema, KFC Philippines, and McDonald's Andi Eigenmann Gets A Gold YouTube Play Button For Her Channel, Happy Islanders