Metro At 30: This Is What Angelica Panganiban Wants You To Know About Self-Love

Authentic is the most relevant word that can describe what this Metro cover girl is all about, and her easy confidence is just one of the things that make her admirable through and through

Angelica Panganiban’s captivating beauty complements her carefree attitude, a quality she exudes whether on- or off-cam. She has this gift of gab, easily charming anyone with her funny antics and banters. With the advent of social media, where everyone is welcome to establish their identity and build their own brand, authenticity has become a buzzword. It is, however, a word that has long been associated with this talented actress even back when the term isn’t yet as relevant as it is today. She is as real as can be. She speaks her mind. Her sincere words echo the contents of her heart. Angelica is genuine through and through, and that’s why people love her.

From her Ang TV and G-Mik days, Angelica has definitely come a long way. More than two decades since she first appeared on-screen, she is still around and remains as one of the most brilliant and sought-after actresses in local showbiz today. Her longevity in the business can perhaps be credited to a combination of three things: her undeniable talent and knack for entertaining the Filipino audience, her relentless passion for her craft, and the meaningful relationships she has established with her colleagues.

Angelica, who recently celebrated her birthday, is fresh from a Europe trip. Squeezing in some much-needed vacation before her schedule gets packed again is a smart choice. She is, after all, going to be extremely busy back home, what with several projects in the works.

Today, her movie Unbreakable with Bea Alonzo and Richard Gutierrez also opens in cinemas nationwide. The characters of Angelica and Bea are best friends whose friendship was put to test because Richard’s character entered the picture.

Despite the many years that she has been in showbiz, Angelica’s face still lights up at the prospect of new projects, new roles, and new collaborations. A woman who can be considered synonymous to fun, she is delighted by even the littlest accomplishments and recognition that come her way. But while she enjoys her work, the intrigues that are enmeshed in the equation have made her showbiz life quite a challenge. “S’yempre, ‘yung mga challenging talaga is ‘yung mga ginagawang stories, mine-makeup na stories ng mga tao about you,” she confesses. “Kumbaga, kahit ano’ng gusto mong gawin para ayusin ‘yung situation, may mga tao na talagang nand’yan to pull you down para hindi mo marating ‘yung mga goals mo sa life. ‘Yun ‘yung mga simple challenges na mahirap, mas mabigat siya kaysa sa acting itself.” 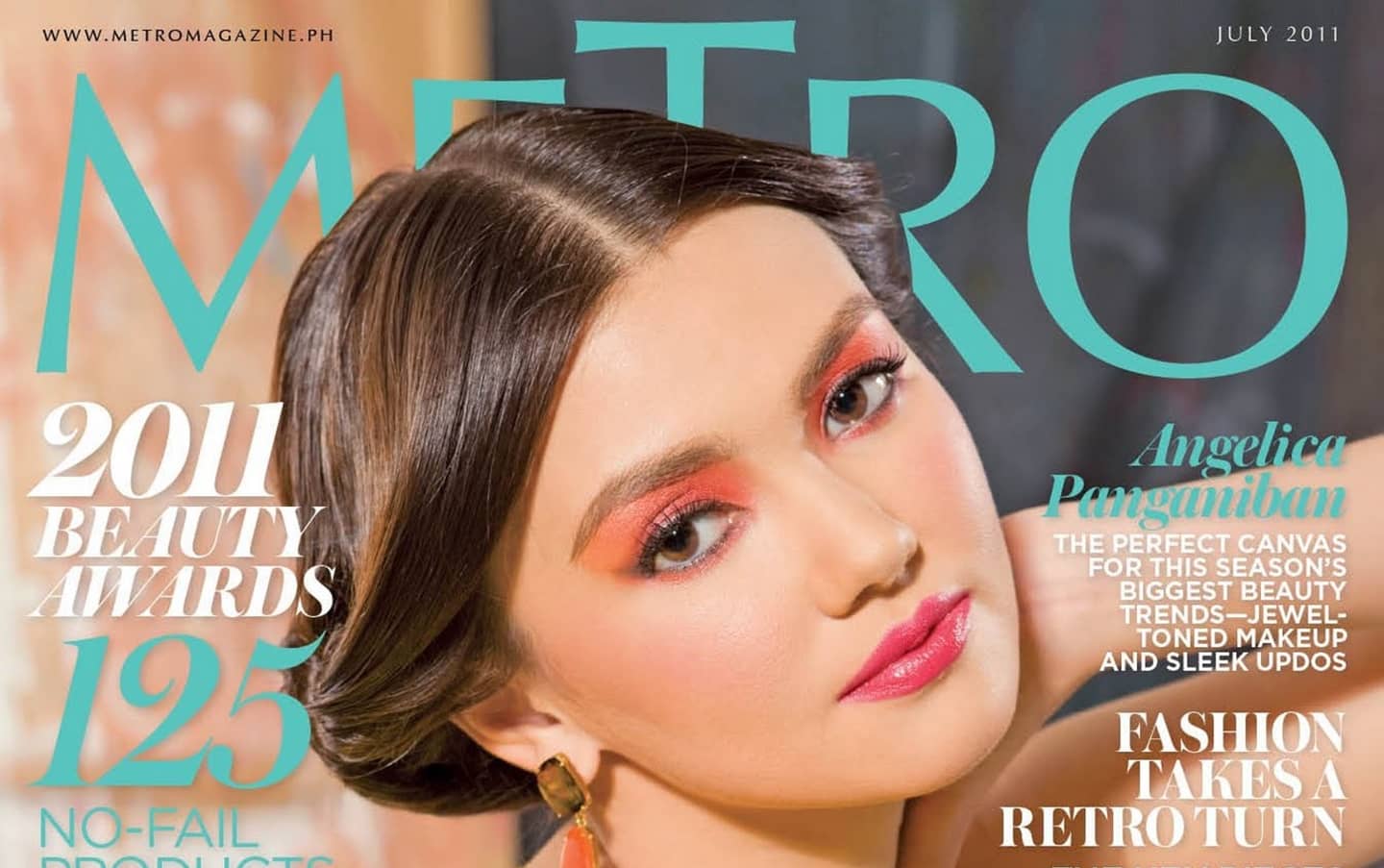 Angelica Panganiban was featured on teh cover of Metro magazine's April 2007 issue. That year, Angelica starrd in the film "A Love Story" with Aga Muhlach and Maricel Soriano; it was a role that earned her a Best Supporting Actress award from the Film Association of the Philippines She also appeared in the TV show "Rounin" with Luis Manzano in 2007. For Metro magazine' July 2010 issue, the fresh-faced Angelica Panganiban appeared on the cover. It was the year that saw her portray her famous bida-konrabida role in TV show "Rubi." Her other big project at the time was the film "Here Comes the Bride" with Eugene Domingo, a role that earned her a Best Actress award from ENPRESS Golden Screen Award and Comedy Actress of the Year award from GMMSF-Box Office Entertainment Awards. 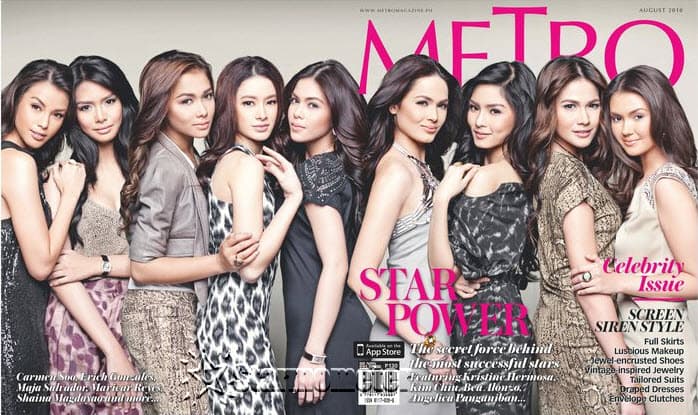 Featured alongside her fellow Kapamilya actresses, Angelica Panganiban graced the cover of Metro once again in August 2010. In this July 2011 Metro magazine cover feature, Angelica Panganiban served as muse for the magazine's beauty issue. She was styled with jewel-toned makeup and sleek updos. Her projects that year include movies "Bulong" and "Segunda Mano" that earned her a Best Supporting Actress recognition from FAMAS Award. She was also the main antagonist on teleserye "100 Days to Heaven."

The present and the future

Angelica, lastly, expressed hope for what’s in store for her in the future. “Sana hindi na ako single. Sana kaya ko nang magmahal ulit,” she says. “Sana kaya ko nang magtiwala ulit sa darating na future.” By the time she reaches the future she once hoped for and dreamed of, Angelica will make sure she is reminded of the past that paved the way for the future to become her present. For now, as a note to self, she would like to tell the 33-year-old Angelica: “Kung ano man ang dumating, lagi kang mag-look back sa kung saan ka nanggaling and tingnan mo kung gaano na kalayo ang narating mo.”

From This Date On: Charlie and China Cojuangco’s Church Wedding