According to these thriving artists, being a "she" is an asset and a blessing, not a liability or a burden—no matter how hard others might try to convince them otherwise

Their voices and words overlap in the flurry of the conversation about why women empowerment is relevant these days. But it's not because they wish to drown out the others in hopes of being the one most heard and quoted; there's simply just so much to say, so much shared ground, and so much relatability when the topic is brought up that artist Abbey Sy, actress Gabriela Pangilinan, and singer Reese Lansangan can't help but share story after story of their experiences as strong, courageous women.

If their voices get louder and louder with each answer, don't hush them. That's them speaking on behalf of all womankind and every individual who identifies as a woman, all three unafraid to assert a truth that needs to be heard: women have arrived and, in fact, have always been here. And now, now is the time to give them the credit, respect, and rights they've always deserved! 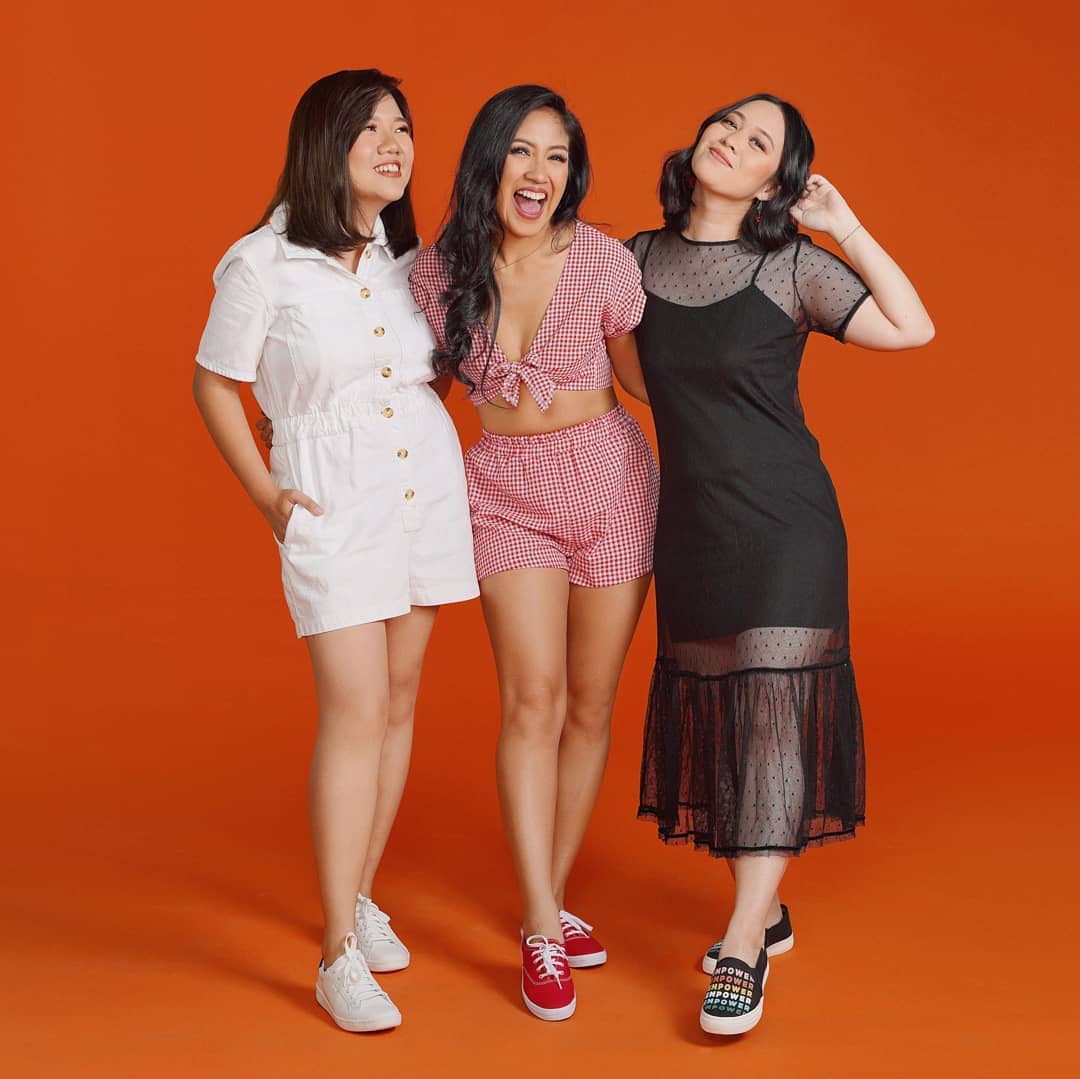 Seated with her fellow creatives at the Early Bird Breakfast Club in Century City Mall, Abbey opens the discussion with a statement that pierces the very heart of the issue: "I've had experiences [where I've been told] that [things were a certain way] because 'you're a woman.' You're not given equal treatment. You're not as empowered as men, and I don't think that's fair. We have the power to be just like them."

The thought rides on why she, Reese, and Gab all gathered together for the first time: Keds, a 103-year-old shoe brand built on helping women get to where they need and want to go, has launched their Ladies Unite collection in time for National Women's Equality Day last August 26 to remind women that the world is their oyster, and gone are the days when they had to bend to a will other than their own in order to get by. 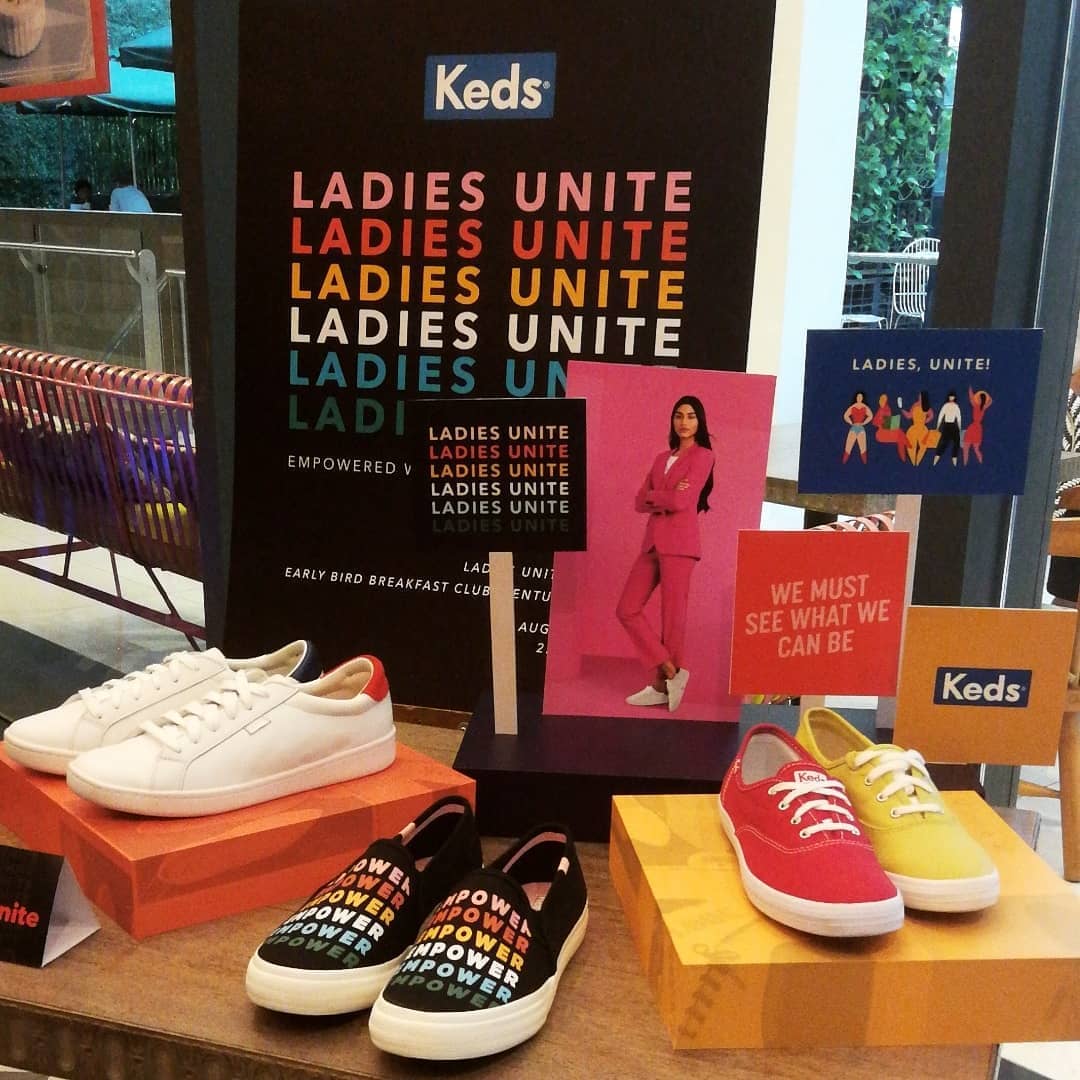 As recognized names in their own fields, these leading ladies go on to describe their own experiences of empowerment, as well as the situations and people who seek to break them down. Because unfortunately, as they've seen in their own lives, even in this day and age, there are still preconceived notions, mindsets, and judgments that undermine the women empowerment movement. Lessons must still be taught and ignorance has yet to be completely erased.

For Abbey, Reese, and Gab, they've put it upon themselves to be pillars of this movement in their respective industries, using their art—and their influence—to get the message across.

As Gab puts it, "It's important that you speak up and fight for what you believe and that you lift people up with you, even if you feel just a little bit empowered. You do what you can to share that feeling of empowerment because there are people who aren't as empowered or inspired. I feel that it's the duty of those who are empowered to lift those people up and support those people, and to fix each other's crowns, as they say. We have to. Otherwise, who will?"

As she continues to reflect on how much the world has changed (and how much it has yet to change), Abbey, an established artist and author, points out that the road to transformation will be full of challengers, but women must carry on (and having a good pair of sneakers on for the ride won't hurt, either! Abbey picked out the black slip-ons from the Ladies Unite collection, in case you were wondering).

She uses her own experience as a prime example. Abbey recalls, "When I published my book, I was 22... The problem is that even the design industry, worldwide, is dominated by men. For a time, I thought that my designs were too cute to get into these art awards. S'yempre, pinipili na nila are all these white men from privileged countries. Bakit sila kukuha ng woman from the Philippines? I don't want to measure my success by getting into all of these, but there really is a bias. I also felt that because when I gave a talk at Graphika Manila, I was the youngest and the only woman... Ako lang talaga 'yung girl and no one would talk to me... It was such a big thing because why was I the only one representing women artists?"

As someone who recognizes the unique role that women play in the field of art and design, it was difficult to sit back and simply roll with the situation; she was uneasy with the underrepresentation of women despite the hundreds of female artists with magnificent talent worthy of attention and very much frustrated by how her male counterparts either didn't realize this, or if they already have, how they could sit back and choose to let things persist.

As for Reese, a rising icon in the OPM scene and a multi-faceted artist, she considers herself luckier as the local music scene has been kinder to women, or at least, it is now. It wasn't always this way, however, as female musicians who once looked up to OPM legends were idolizing mostly men, too.

The concepts of rockstars, songwriters, bands, and awesome stage performances still mostly conjure up images of male-fronted or male-dominated acts, but that is quickly changing, thanks to the likes of female singer-songwriters like Reese. After all, a tune, a feeling expressed in song, and a story told via lyrics transcend gender. Slowly but surely, audiences have become more accepting of female-centric musical acts, but that, too, came almost too late.

Reese shares, "For a long time, the industry has been male-dominated. Lalo na in OPM. Before, when I was younger, bands were male-fronted. Honestly, maybe I'm just lucky, but I haven't experienced somebody telling me 'kaya mo pala 'yan, kahit babae ka.' Because women have a unique role to play in all art forms. Especially in music, iba tayo mag-process ng emotions. We're not afraid to be vulnerable and show that vulnerability in our art."

And for Gab, a theater actress and storyteller rolled into one, she's proud to say that she comes from an industry where women are celebrated. However, she knows that this isn't enough; every industry should take pride in its female members and it certainly is a quality that shouldn't be limited to her own.

"In theater especially, people don't realize that most of the companies are run and founded by women—the bigger companies. In the theater, thankfully, women are celebrated, even by men... It's not just women celebrating women and recognizing their worth," she reveals.

So what's a woman to do given all the challenges that lay before her?

A lot, as it seems, if we follow Reese, Abbey, and Gab's examples.

Together and individually, they work towards women empowerment in concrete ways:

Abbey takes the movement online. She uses social media to convey her messages—quotes that aren’t just pleasant when scribbled on paper, but speak of wisdom and encouragement. “It's the way I express myself and how I'm feeling. Gusto ko 'yung quote that speaks to me. I just want to be real that way,” she says.

With a following of 124k on Instagram as of this writing, her feed is an instant dose of inspiration. From words from her thought bubble to statements from celebrated personalities she looks up to like Taylor Swift and Kate Spade, Abbey urges women to own these words and move to what inspires them. She quips, “I want people to look at my art and think, 'I can do that.’”

While Reese admits that her beginnings in music was fired from selfish motives, through the years, it dawned on her how this gift has a transformative power. And they say that with power comes responsibility —the 28-year-old soon found herself carrying the weight of people’s burdens as they rest their heads through her music. At times, these stories leave her lost for words. Reese felt that she couldn't say much when she’s speaking.

The singer-songwriter ended up making a song out of it. “When I can translate it into a song, I'm able to say it more effectively rather than just giving advice. I think that I unconsciously pass on empowerment through the songs that I'm writing and I'm glad to have that effect even on just one person,” she shares.

For Gab, her gateway in uplifting women is through the roles she portrays, just like her character Joy in the much sought-after musical “Ang Huling El Bimbo.” “For me, it's really pushing for those telling stories about strong women,” the actress reveals. Admittedly, she finds it hard to express herself, except when she’s onstage. So taking advantage of her theater skills, Gab is able to build and give life to inspirational femmes fellow ladies can relate to and feel empowered with.

“It's like, wow, I have that power. For me, being able to respond to people and express my gratitude for reaching out, those are important connections to make as a storyteller, artist and actor. Ako, as Gab, hindi ako marunong mag-express, but if I'm able to make that connection through what I do, it's good enough for me,” she ends. Here's How To Plan Your Wardrobe For A Week, Even A Month, According To A Fashion Editor