CPI President Ernie Lopez Opens Up About Choosing Understanding, Prayer, And Hope Amidst The ABS-CBN Shutdown

"I have more in common with my enemies than I thought. We may have very different viewpoints and beliefs, but at the core we are not that different... We just need a great deal of wisdom, patience, and grace to understand each other," he says

September 1972—Martial Law was declared in The Philippine and independent media's information dissemination was tightly controlled. ABS-CBN shuttered its doors for the first time. It would take more than a decade for the Lopez-founded company to dust the gravel stains of its knees and wipe the sweat of its brows, but get up and stand tall and dignified it did when press freedom was restored in a post-revolution Philippines.

On May 5, 2020, the company was forced to shut down once more, an event that meant the cessation of several of its news and entertainment programs, affecting 11,000 employees. No one could have predicted it—that the National Telecommunications Commission (NTC) would deliver a cease and desist order based on alleged franchise renewal violations despite giving the company permission to operate while the franchise was being processed under oath, no less.

For the second time in its existence, ABS-CBN went dark, Channel 2 a silent frequency on the air waves.

Creative Programs Inc. president Ernie Lopez was one of the millions of Filipinos who watched the TV Patrol news anchors sign off that evening. And like them, he shed tears that were but drops in the emotional waters that would soon flow out from the floodgates with fury.

"At first I was in shock and disbelief. When I realized what was happening and we were signing off, I became very sad and I cried. I didn’t know that Michelle (his fiancée) took a very poignant picture of me watching TV Patrol signing off. It brought me to tears because this company meant everything to my dad," he says.

ABS-CBN's employees, talents, management, and supporters have shared many messages of hope over the last few days to keep spirits soaring and morale up while they remain in the trenches, but one thing rings loud and clear above all: ABS-CBN is family. And family leaves no one behind. Together, they—we—will rise as we did then and emerge stronger than we were before.

It's been one week since ABS-CBN and the NTC made headlines—seven days that have felt like an eternity to Ernie, his family, and all those who wish to see the network's triumphant return. This, plus the still solutionless COVID-19 crisis wreaking havoc on the world, truly make for difficult, difficult times ahead.

Ernie certainly isn't immune to the stress, but his eyes are fixed on what matters most right now.

"Everyone has their own reasons for supporting the NTC and the #YesToABSCBNShutdown. It’s a free country and everyone has a right to their own opinion. Some of what I hear them say hurt me and frustrate me because I know they are not true, but this is the nature of a democracy," he tells us.

Democracy—it's a word that's taken on many colors and forms in recent months, but Ernie remains steadfast in what he believes it to mean and demand from those it governs: respect for all, even to those that oppose you.

"Everyone gives their side and the general public must evaluate what they hear and make a decision," he continues.

What he cannot grasp, however, and a question asked by many others is why the NTC had chosen this time to force a company to close its doors and deprive thousands of workers of the opportunity to earn. Could they have not waited until a later time, was the issue on the franchise so urgent that it needed to be dealt with while a pandemic was still unfolding?

He asks, "How can the NTC make a decision like this when people are trying to just survive? They let other franchises lapse without a CDO, but they chose a time like this to split hairs?" 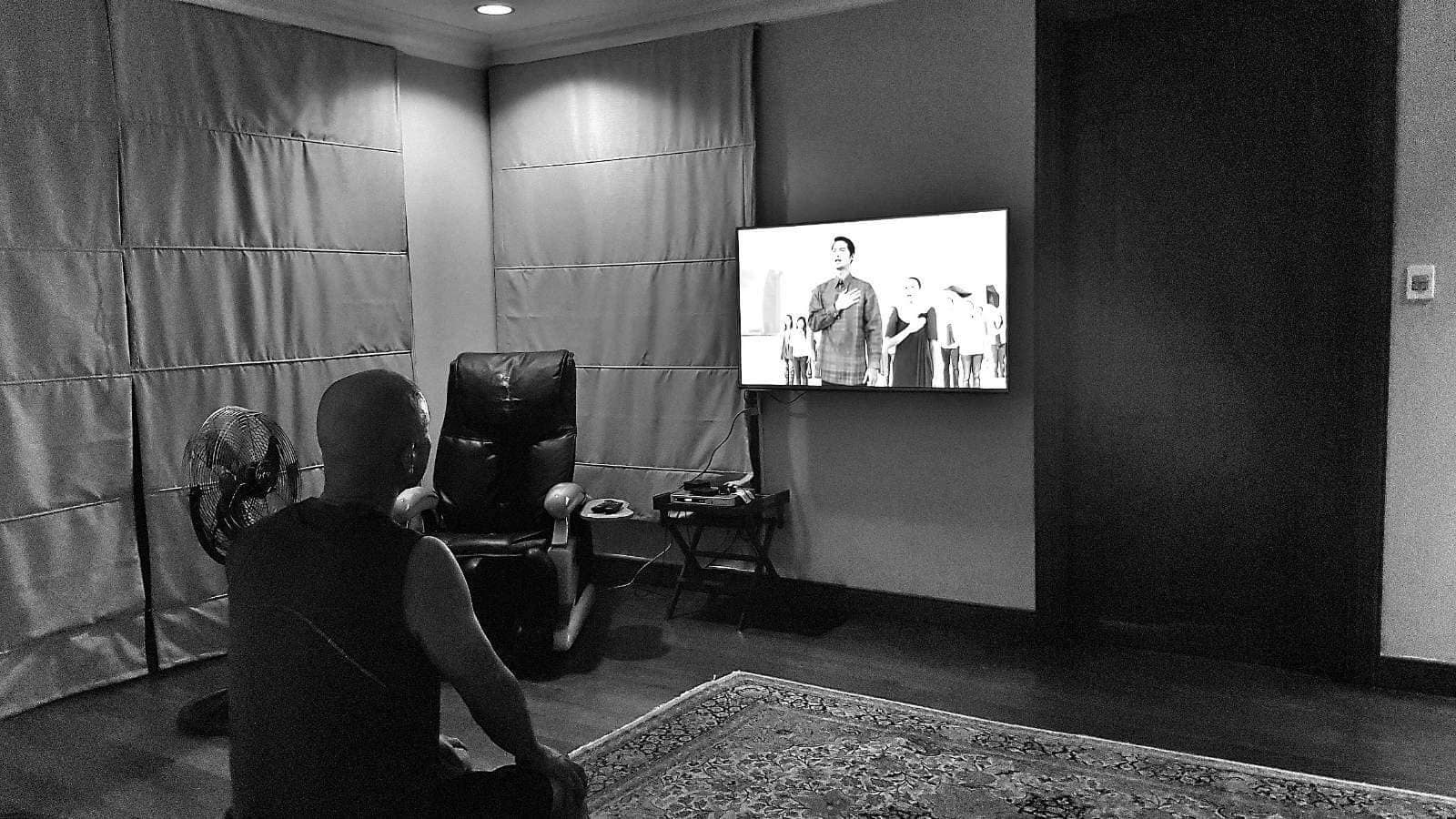 Ernie tries his best to be calm and collected, but the truth is that annoyance and hurt bubble to the surface to dominate all other feelings—he is annoyed at the inaccurate (and often, all out fake) news about ABS-CBN making its rounds on the Internet, how there are those who purposely needlessly stir the pot for the sake of controversy, and at the individuals who "swallow the lies hook, line, and sinker."

Surely there are many things he could say if he gave into the aggravation. He is but human, after all, and this is family, his family's life work, and their collective legacy under threat. And then, Ernie remembers his father, Eugenio Lopez, Sr.

Grace and forgiveness over vengeance and spite—these are the values that Ernie hopes to learn from his father, the human reflection of ABS-CBN as a company. It's hard, uphill climb with many snags along the way, but what noble journey isn't?

"The most important realization for me is that I have more in common with my enemies than I thought," Ernie confides.

He continues, "We may have very different viewpoints and beliefs, but at the core, we are not that different. We all have feelings. We all have needs. We all act according to our beliefs and experiences. We just need a great deal of wisdom, patience, and grace to understand each other."

ABS-CBN's franchise renewal case has been elevated to the Supreme Court and the network has filed a temporary restraining order to halt the NTC's implementation of its cease and desist order. The NTC has been ordered to explain why they had pushed for the network's shutdown despite an earlier decision allowing it to operate.

"I just hold on to the belief that the truth will come out in the end as it always does," Ernie says.

"I just put my trust in a higher power to defend and vindicate us. This has happened to ABS-CBN and our family before. I have personally witnessed how everything eventually works out, so I have no doubt that these incidents will actually help us to become a better company," he shares.

Love when it's hardest, prayer when it's darkest, and hope when it's bleakest—this is the message Ernie wants to send back to all those who took the time to check on him and his family and share their support, and truly, to all Filipinos.

"I want to express my deepest gratitude and love for all our supporters. They make me proud to be part of a company that can touch people’s hearts this way. My message to the rest of our countrymen during these trying times is that we must call on the Lord, we must not lose hope, and we must believe that better days are coming. The good book says that 'whoever hopes in Him will not be disappointed.' So many people, organizations, and situations can painfully disappoint us, but my personal experience is that He never ever disappoints anyone who hopes in Him. He is always on time. He doesn’t always do things our way or according to our timetable, but I have found that His way and timing are always better," he ends.

EXCLUSIVE: Chi and Gabs Gibbs Are #SisterGoals In Beauty, Fashion, And Overall Creativity