The 2022 Korean Film Festival is back at SM Cinemas from August 11 to 14. A total of seven films released in 2020 and 2021 during the pandemic will be screened in five SM Cinemas in Metro Manila: at SM Mall of Asia, SM Megamall, SM City North EDSA, SM City Grand Central, and SM Southmall. All screenings are for free and on a first come, first served basis.

A joint project of the Embassy of the Republic of Korea, the Korean Cultural Center in the Philippines, and SM Cinema, this year’s festival unreels at SM Aura Premier on August 10 with no less than Hong Won-chan, director of the festival’s opening film Deliver Us From Evil. He will be joined by another Korean director Lee Woo-jung whose recent film, Snowball, is also included in the lineup of film for this year’s festival.

Deliver Us From Evil is an action/crime/drama film which follows the story of an assassin who goes to Thailand in order to solve a kidnapping case linked to him, and finds himself chased by a man whose sibling he killed. The film, directed by Hong Won-chan has attracted almost 4.36 million of Korean moviegoers in the midst of the pandemic in 2020. His debut film, Office, has been invited to 68th Cannes Film Festival’s midnight screening in 2015.

Snowball, a youth-drama film by Lee Woo-jung, narrates how Kang-yi runs away from home with her friends only to find a strange side of themselves while the balance of their friendship also tips in a weird way.

Director Lee Woo-jung is a promising independent film director who started her career as an actress after studying theater and film in the university. She directed her first independent short film Neither to Die nor to Leave in 2012 and has began to get more attention through her recent film Snowball.

Check out the gallery below for the other festival must-sees: 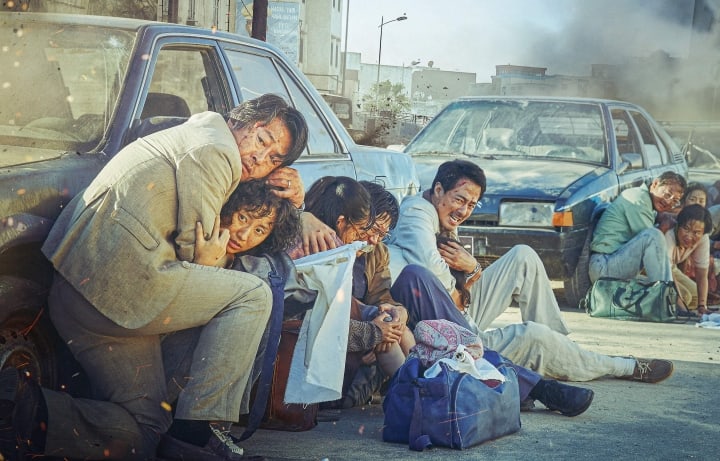 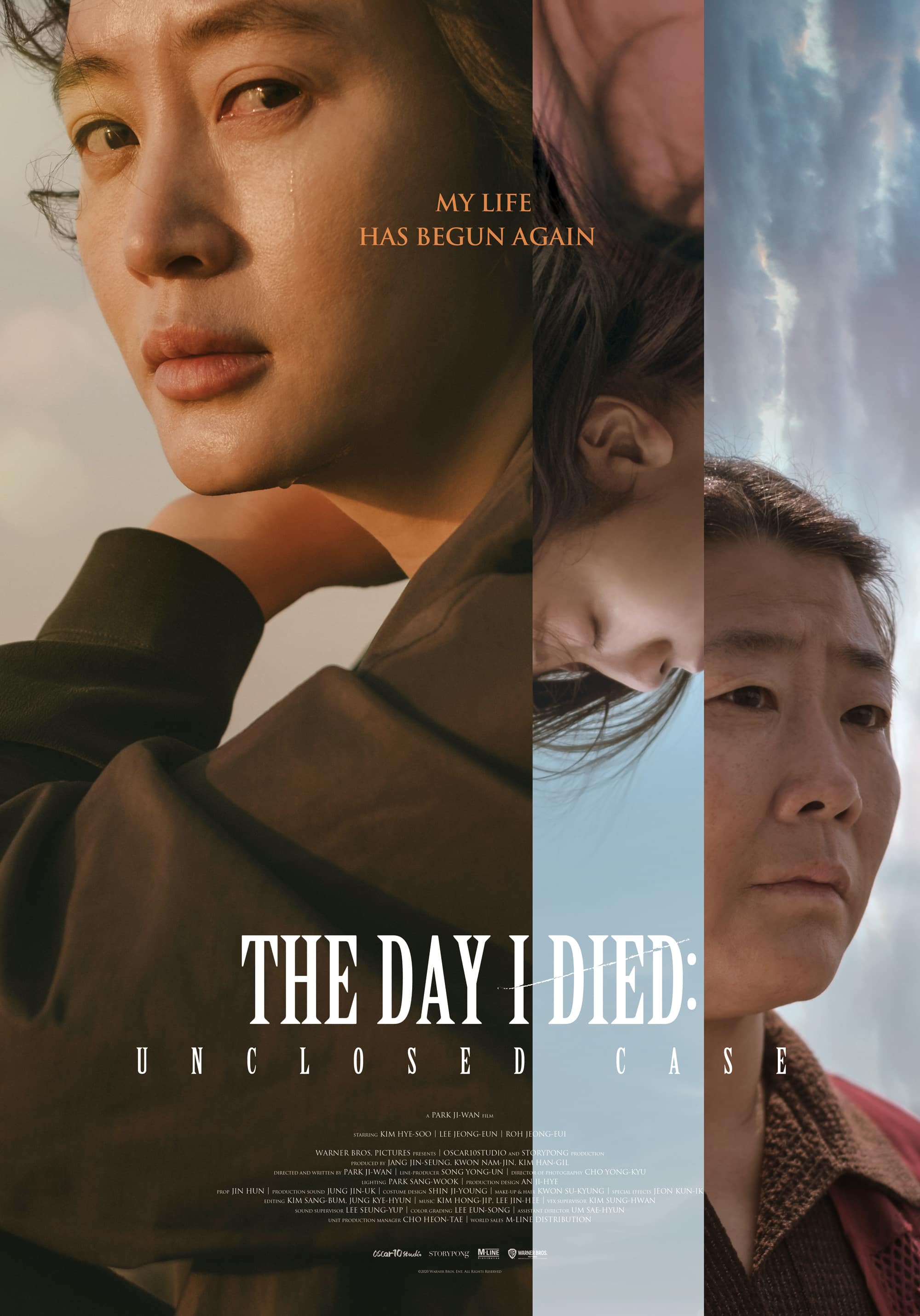 "The Day I Died: Unclosed Case" by Park Jiwan

Starring Kim Hye-soo and Lee Jeung-eun | "The Day I Died: Unclosed Case" is a drama-mystery film about a young girl who disappears on an island leaving her shoes on the cliff and her last will in her house on a dark stormy night. In the absence of her body, the case was simply dismissed as suicide. Detective Hyun-soo heads to the island to investigate the mysterious death of the girl.

Starring Bang Min-ah | Snowball, a youth-drama film by Lee Woo Jung, narrates how Kang-yi runs away from home with her friends only to find a strange side of themselves while the balance of their friendship also tips in a weird way. 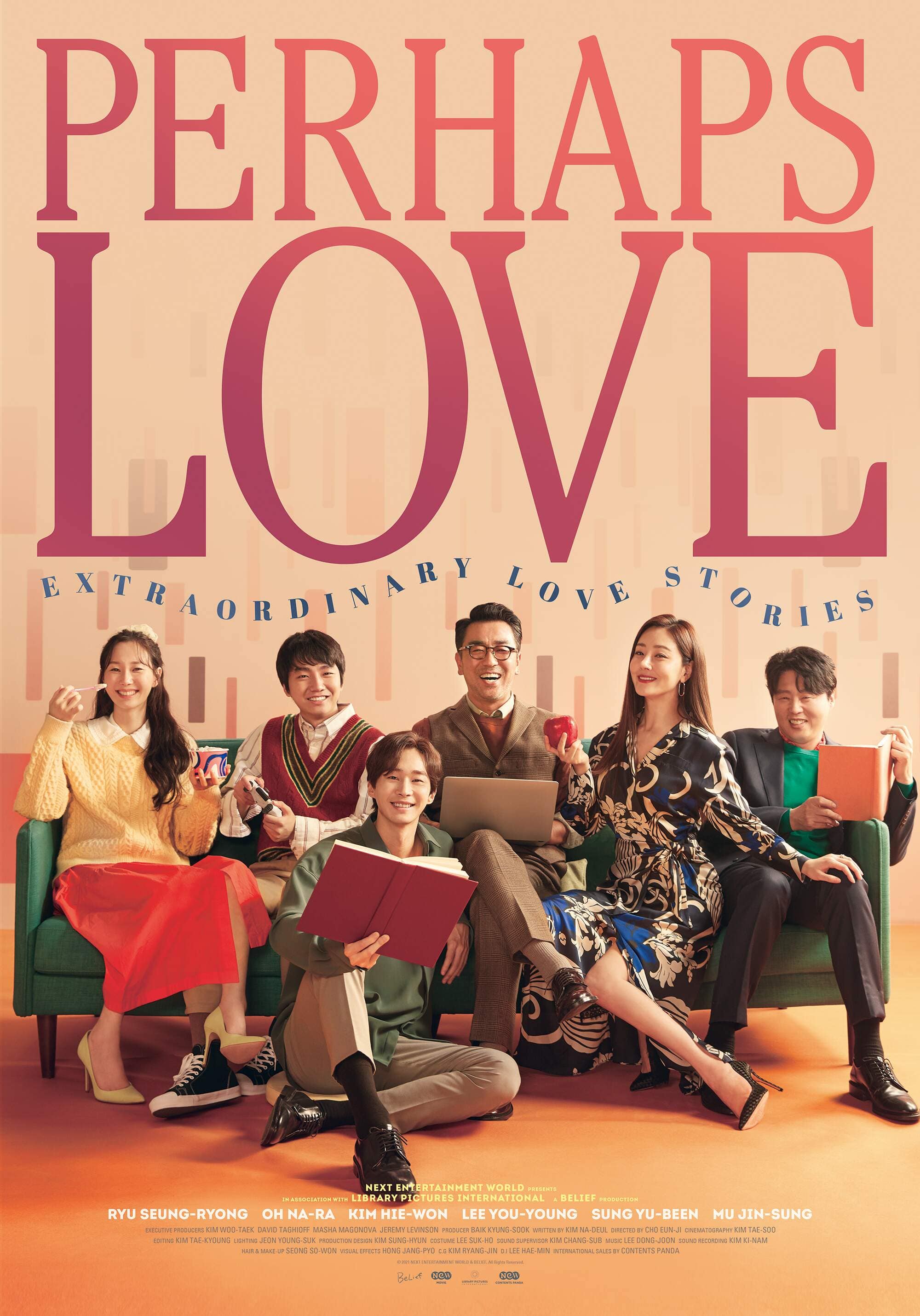 Starring Ryu Seung-ryong, Oh Na-ra, Kim Hee-won, Lee Yoo-young, Sung Yoo-bin, Mu Jin-sung, Oh Jeong-se, and Ryu Hyun-kyung | Perhaps Love is a comedy-romance film by Jo Eun-Ji about a best-selling writer stuck in a slump who then encounters an aspiring young writer who confesses his love for him.

"Miracle: Letters to the President" by Lee Jang-Hoon

Starring Park Jeong-min , Im Yoon-ah, Lee Sung-min, and Lee Soo-kyung | "Miracle: Letters to the President" is a fictional movie based on a true story by Lee Jang-Hoon, about a math prodigy high school student named Jun Kyung who lives with his older sister in the roadless countryside of North Gyeongsang Province. The movie follows how they work together with the village people to create a train station. 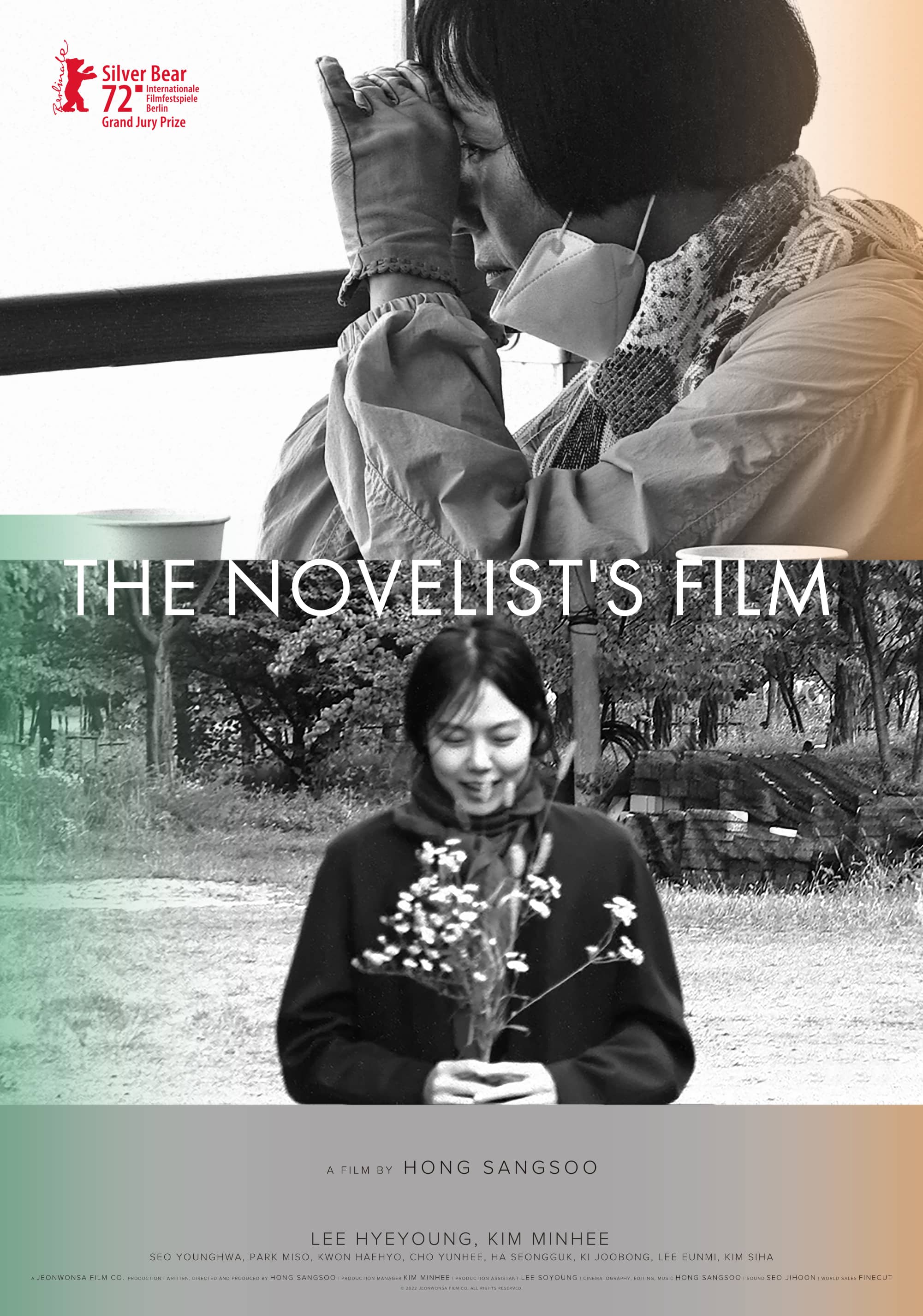 "The Novelist's Film" by Hong Sang-Soo

Starring Lee Hye-young and Kim Min-hee | "The Novelist’s Film," a drama film by Hong Sang-Soo, follows a female novelist’s long trip to visit a bookstore run by a younger colleague who has fallen out of touch. "Deliver Us From Evil" by Hong Won-Chan

Starring Hwang Jung-min, Lee Jung-jae, Park Jeong-min, and Choi Hee-seo | "Deliver Us From Evil" is an action/crime/drama film by Hong Won-Chan. It follows the story of an assassin who goes to Thailand in order to solve a kidnapping case linked to him, and finds himself chased by a man whose sibling he killed. 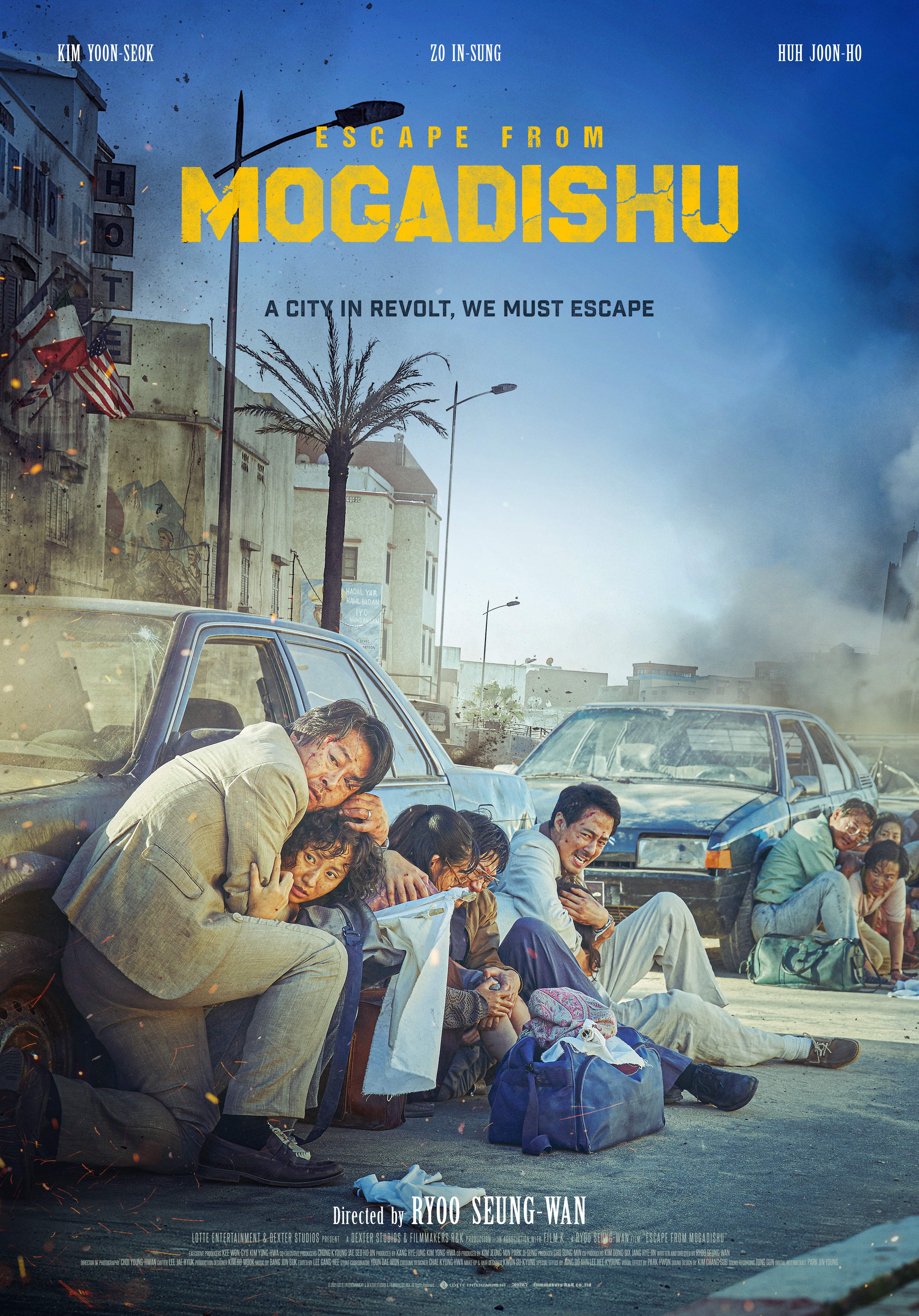 "Escape From Mogadishu" by Ryoo Seung-Wan

Starring Kim Yoon-seok, Jo In-sung, Heo Joon-ho, and Kim So-jin | "Escape from Mogadishu" is an action-drama film by Ryu Seung-Wan which narrates how North and South Korean diplomats turned to one another when they were caught in the 1991 civil war in Somalia with a common goal to escape from Mogadishu. Interested moviegoers may visit KCC’s Facebook, Instagram and Twitter, @KCCPhil to reserve slots for the opening ceremony on August 10 at SM Aura Premier Cinema 2 and for the Talk with the Filmmakers on August 11, 1:30PM at the FDCP Cinematheque Centre Manila.

The Korean Film Festival is one of the many exciting cross-cultural events at SM Cinema.

From Jewelry Designers To Restaurateurs—Meet The "Ladies Who Launch"