She's an actress, a health advocate, and a pageant newbie!

The 24-year-old represented the country and made Filipinos proud at the Miss Eco International 2021 pageant held in Cairo, Egypt on the evening of April 4, beating 18 other women vying for the crown to one of the top spots.

Miss Eco International 2021 First Runner-up Kelley Day was meant to compete last year, but had to delay her pageant debut due to the COVID crisis forcing organizers to postpone the event. With a year between the original and final pageant date, the actress-turned-beauty queen admitted to attending "refresher courses" to prepare herself, a decision that definitely worked to her advantage and led her to a strong finish.

Get to know Miss Eco International 2021 First Runner-Up Kelley Day, one of the Philippines' fresh-faced beauty queens, in the gallery below! 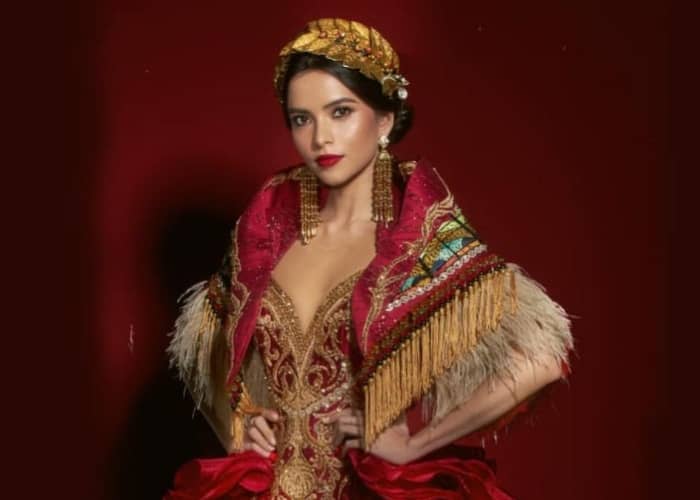 Get to Know Kelley Day

Get to Know Kelley Day Less Filipinas may have won The Miss Eco International crown throughout the years, but Kelley Day isn't the first Pinay to place in the pageant. She's actually the third in the country to place at the pageant; before her, there was Cynthia Tomalla who won the crown in 2018 and Maureen Montagne who also finished as First Runner-up in 2019. It was Kelley's turn to bring home the honor this year, besting three other contenders—Miss Costa Rica, Miss USA, and Miss Valenzuela—and coming in at second place after Miss South Africa. And although Kelley didn't emerge as the pageant's no. 1, she still bagged one of the event's major awards: Best in National Costume! The piece was designed by Louis Pangilinan, and here's an excerpt from what he had to say about the Maria Clara-inspired piece in one of his Instagram posts: "With the country’s rich culture and history, the iconic attire of Philippines’ mestiza heroine named Maria Clara meets modern age. It’s a perfect spotlight for this traditional attire to be of style and fashion – the evidence of religiosity and spirituality of Filipinos into a Filipiniana Costume." It's a fact that all beauty queens represent a cause and rally behind an advocacy. And while Kelley isn't any different, she did choose a cause not often heard about in the beauty pageant scene: alopecia, the medical condition that causes hair (usually on the scalp) to fall out in patches, dramatically changing a person's appearance. Most surprisingly, Kelley isn't only raising awareness of the condition, but has been diagnosed with it, too. It's further proof that conditions that affect one's looks don't have to be a barrier to getting to where you want to go. 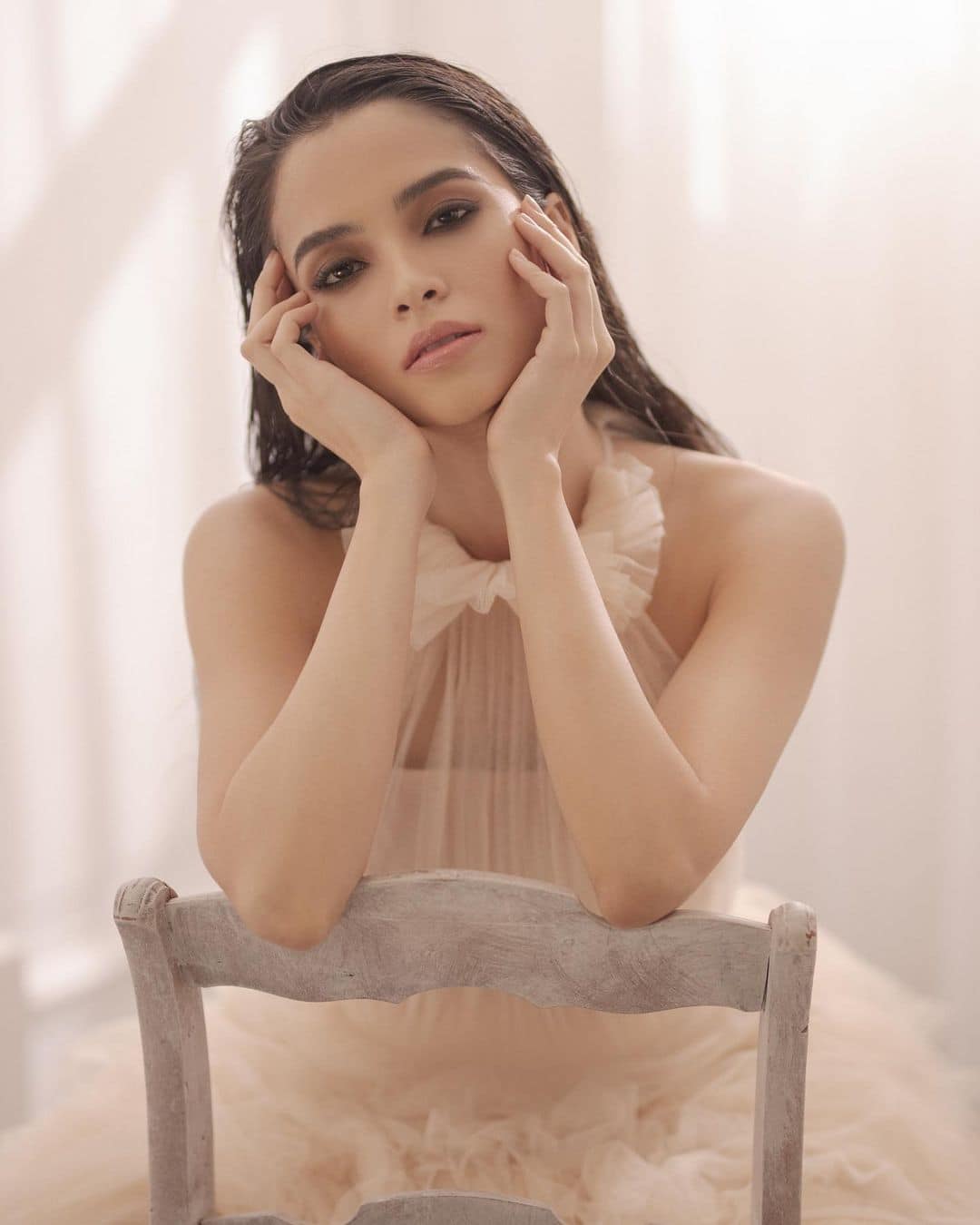 It goes without saying that Kelley looks after herself, health-wise, especially. She's big on getting regular workouts done and watching her figure, two things that definitely helped her land a spot as a Bench model. She was part of the local fashion brand's summer campaign last year, and she's since enjoyed several more endorsements since. Kelley wasn't born in the Philippines. She actually comes from Dubai, and is the child of Filipino-British parents. She did move to the Philippines eventually where she tried her hand at showbiz before her foray into pageantry. Not so long ago, she was one of the members of the ABS-CBN girl group GirlTrends (the same group that Mica Javier, Jane de Leon and Chie Filomeno were all members of at one point) and she made regular appearances on primetime variety show "It's Showtime!" as well as starred in several of the network's shows. 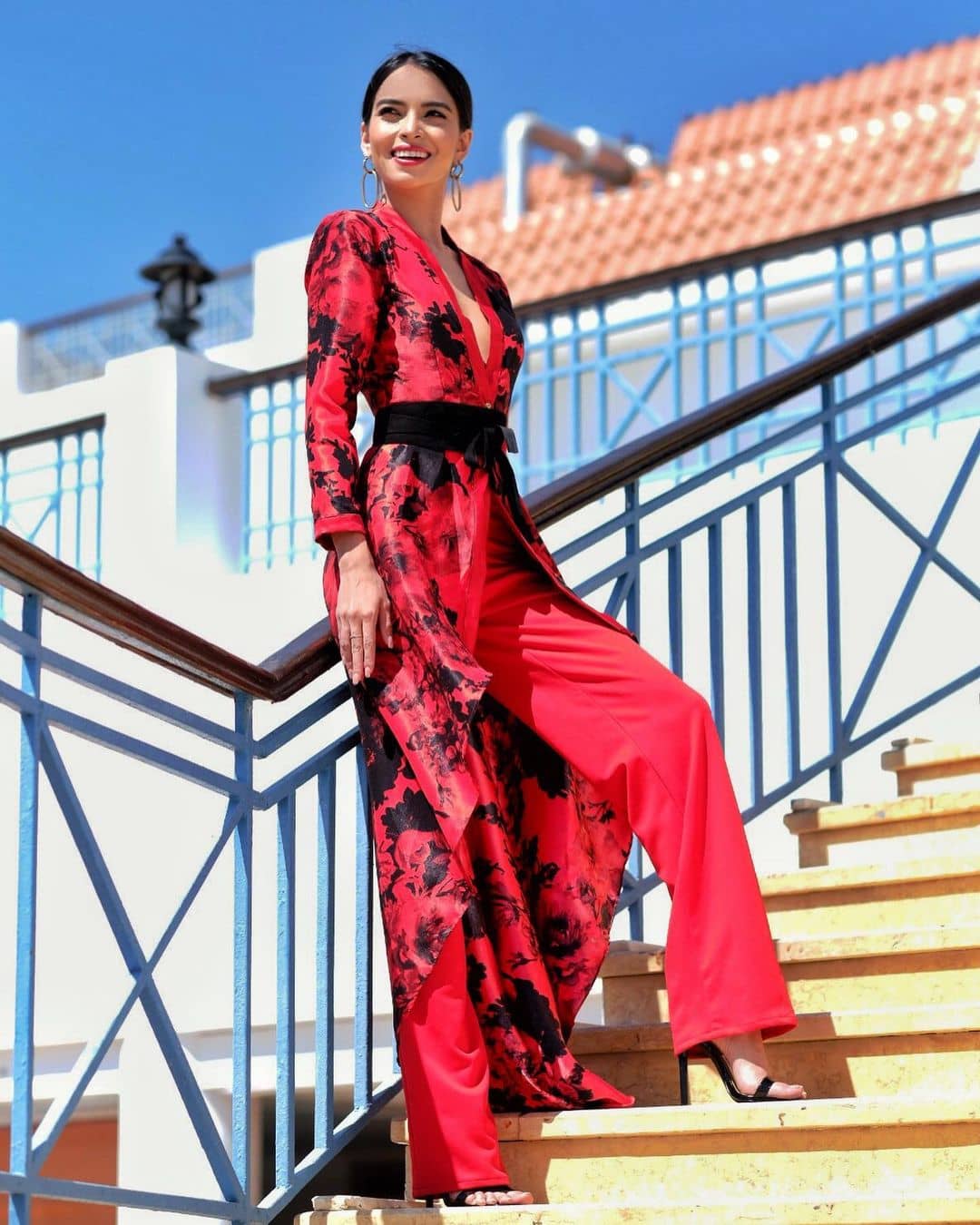 There's another recent Filipina beauty queen who Kelley shares such a fun friendship with: Michelle Dee! The athlete and celeb was Miss World Philippines in 2019 and represented the country at the competition held in London. Though these two beauties began their pageant journeys at different times, this new thing in common between them has given all the more reason to bond and make new memories together. Kelley wowed judged and audiences alike when she confidently answered both questions asked during the Q&A round for the Top 10 finalists, and again for the Top 5. The first question required Kelley to share her thoughts on gender equality (where she said that the Philippines has succeeded in addressing the issue, especially in workplaces) and on violence against children in schools ("...Unfortunately, as the world is going through a lot of changes right now, there is violence. And the best thing that we can do right now is to improve the security in school," she answered in part). The Miss Eco International 2021 competition marked Kelley's first international pageant experience. It might not be her last, given how well she performed, and pageant fans of hers might just see her return to the stage ready to claim even bigger titles in the future! Her first post-pageant Instagram post reads, "My first international pageant.. and what an experience it has been. I’m extremely touched by all the support and wonderful messages I have been receiving from all of you 🇵🇭 Philippines, this was all for you."

Filipino Celebs and How They Spent the Holy Week/Easter Break