"There will never be another Kobe Bean Bryant. And yet, in another sense, there will always be Kobes around us and within us," he says

Kobe Bryant and his daughter Gianna were buried in the Pacific View Memorial Park and Mortuary on February 7 down in Southern California, not far from the Pacific Ocean and a church that Kobe frequented.

Later this month, on February 24 (a number special to him because that's one of his jersey numbers), a special memorial service and tribute will be held for the basketball icon at the Staples Center so that their fans, friends, and family can collectively send them off on the wings of a million and one final farewells, thank yous, and I love yous.

It will be almost a month since the Lakers legend and his 13-year-old daughter passed away, and while others are well on their way to healing from the tragic loss, those who saw Kobe as much more than an athlete continue to sift through their memories of the man and find comfort in the legacy he left behind.

It's safe to say that Filipinos will forever hold up a torch for Kobe; many of them will see their lives mirrored in his own that was defined by moments of solid determination, fierce concentration, breaking the mold, and going above and beyond expectations.

Martin Concio, in particular, holds a specially carved out spot in his heart for the Lakers legend; to him, Kobe was a role model, a father figure, a man he aspired to be. His strength on the court and as a man were qualities he so wished to have, and although the pair never met (a 2009 game between the LA Lakers and Miami Heat being the closest Martin has gotten to the Black Mamba), Kobe's long-lasting influence on his values and perspectives is enough to show that even from miles away, Kobe could touch lives, and even change them forever.

Below, Martin talks about what Kobe meant to him and the ways in which he'll honor him: 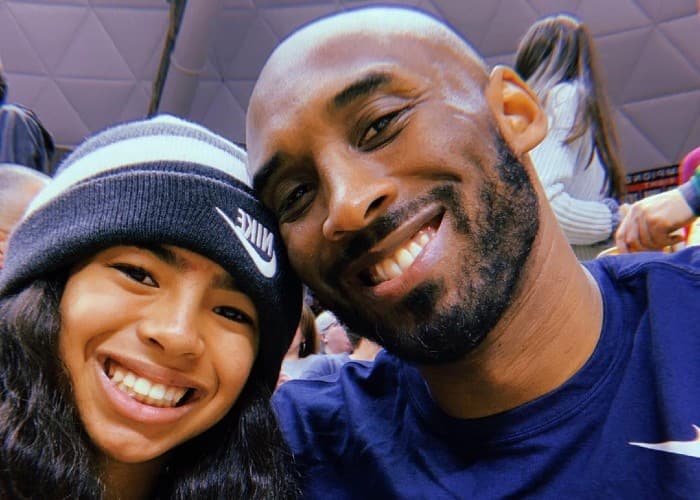 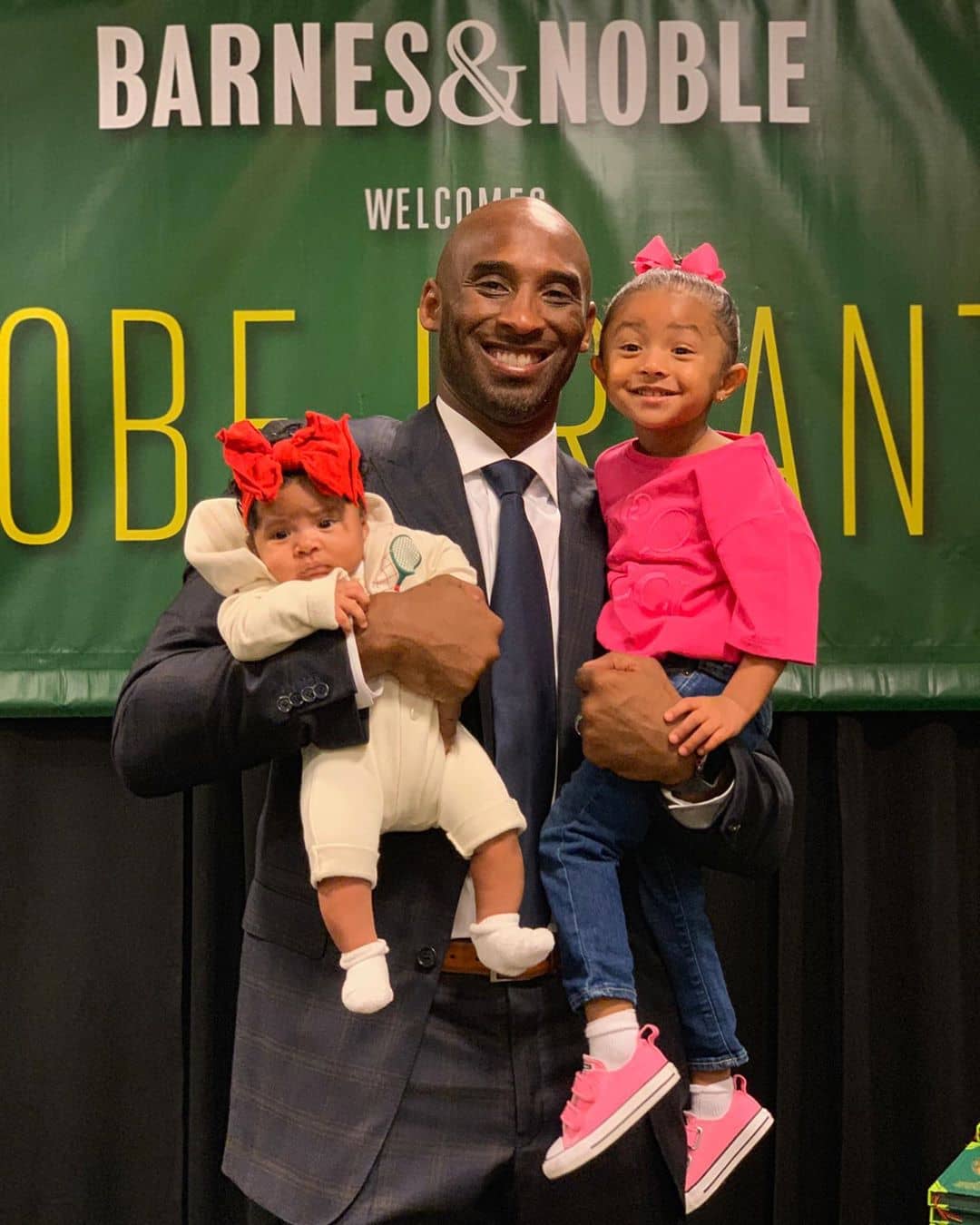 Why do you think Kobe was so well-loved, even by those who know little to nothing about basketball?

"I think it's because he was both aspirational and yet really relatable at the same time—aspirational in the sense that he achieved so much in his life on and off the court (whether it be in his basketball career or in his success entering the world of entertainment and business). And I guess that made people look up to him and dream of reaching the same heights. At the same time, he was totally relatable because of his work ethic and dedication to his pursuits; despite the glamour that normally comes with being an NBA superstar, he still woke up at four in the morning to get to work, and I think that resonates with a lot of people regardless of profession. He was someone to be admired and emulated, and yet at the same time regardless of who you are or what your background is, a part of you felt like you could really relate to him and identify with his experiences on some level." What kind of impact do you think Kobe had, and will continue to have, on the lives of Filipinos?

"In terms of basketball, I don't think Filipinos will ever stop copying his moves on the basketball court. He just played with such a high degree of skill and grace. It was really just so beautiful. In our everyday lives, Kobe's commitment to work hard is something that will forever inspire everyone to attack each day with the same level of fervor. And it should also be said that whenever people find themselves having to throw trash in the wastebasket, expect them to aim, release, and say 'Kobe!'" 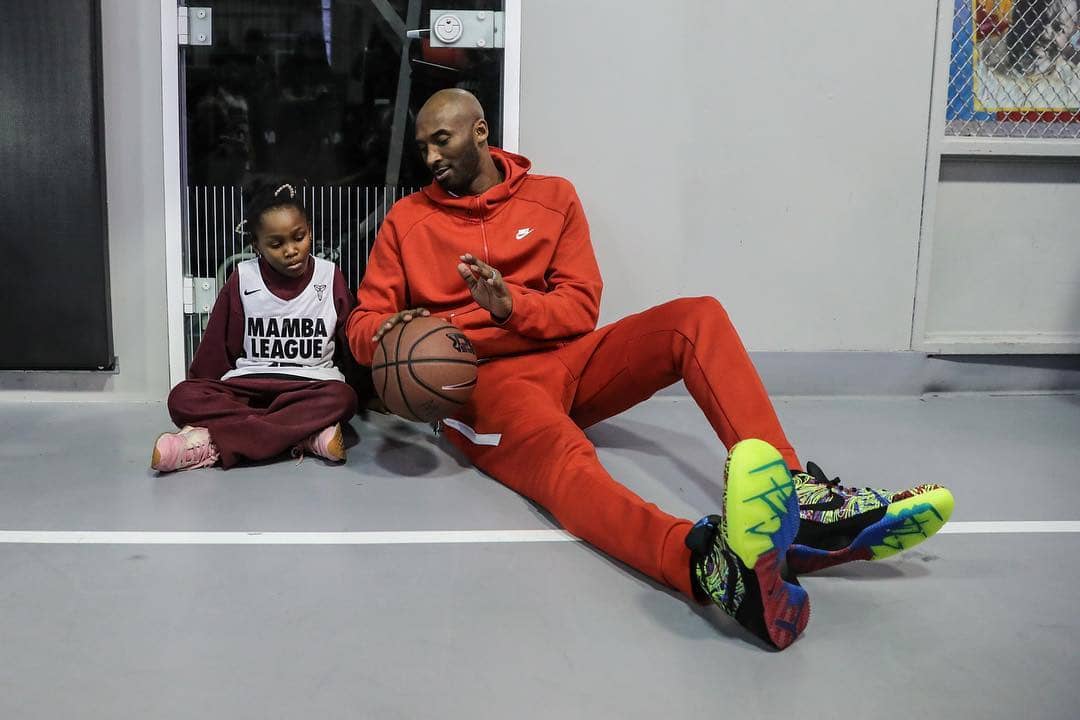 What do you admire most about Kobe as a sportsman, a father, and a philanthropist?

"His level of commitment. I remember reading somewhere that Kobe apparently said no to 95% of paid appearances, speaking engagements and the like. He really wanted to focus his life on what really mattered to him. During his playing years, he gave his all to the game of basketball. When he retired from the NBA, he really committed himself to a select number of things that he deemed truly important - his business, educating the next generation of basketball players, strengthening the role that women play in our communities and in society, and of course his family. Kobe teaches us that the best life is not a buffet wherein we say yes to anything and everything; rather, the most meaningful life is an a la carte affair wherein we devote ourselves deeply to just a select few." 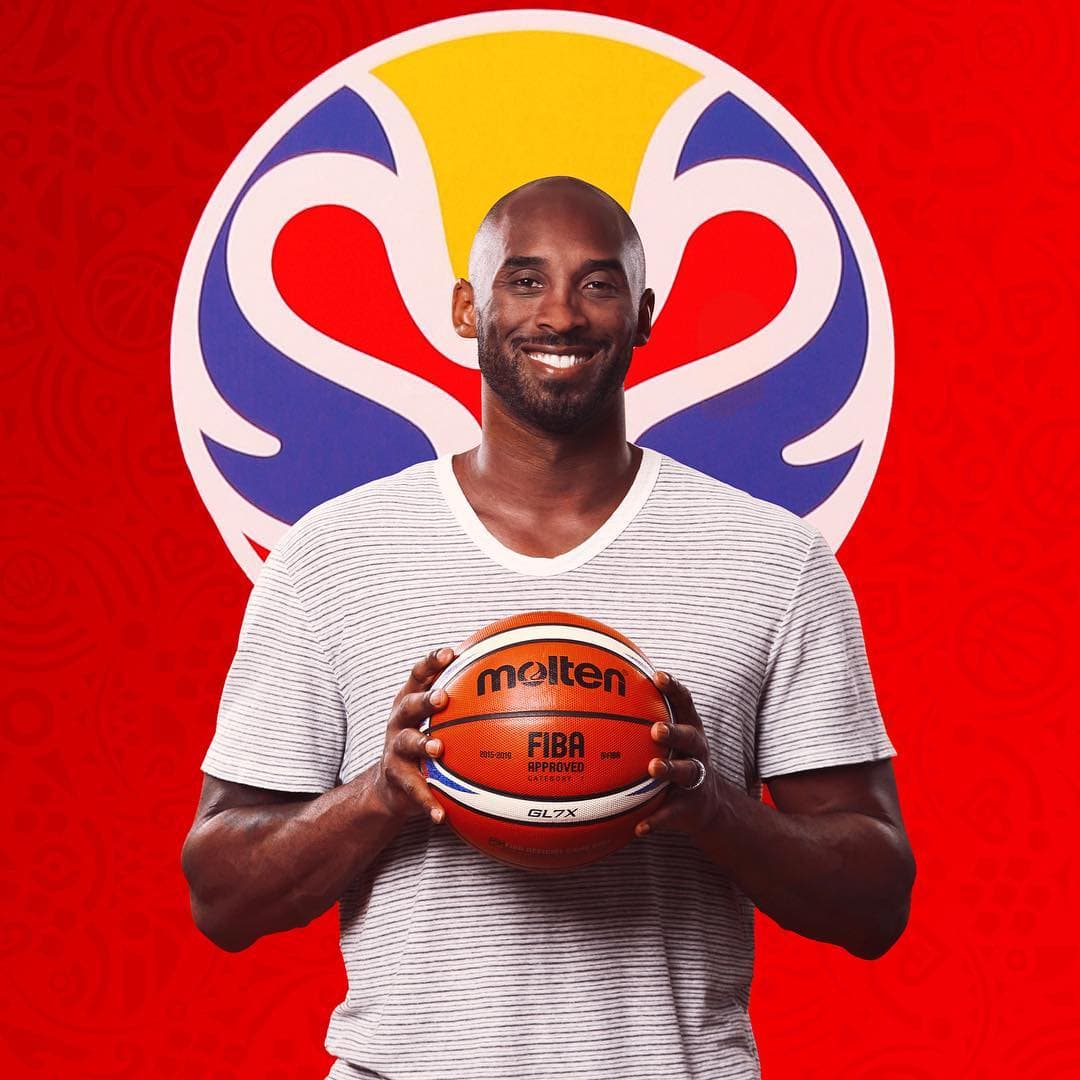 Kobe once said that a basketball player need not be the biggest or strongest on the court to be the best. What are your thoughts on this?

"Size and to a certain extent strength are predetermined gifts. You cannot make yourself taller than you are, and while you can always work to be stronger, some body types are just more gifted to be naturally stronger and well-built compared to others. But skill is the great equalizer. Kobe believed that there are no limits to how much you can improve your skill level for as long as you are willing to work hard at it. I think this is something that should really resonate with and inspire Filipino basketball players. As much as we love basketball as a nation, we are not particularly tall and physically strong people. But we can always be more skilled than we were yesterday. And as long as we are the most skilled, we can not only compete—we can dominate. The clearest example of this is a player who is far from being one of the biggest and strongest on the court and yet managed to be one of the best players in the world over the past couple of years: fellow hard worker Steph Curry." What do you think Filipino basketball players, and athletes in general, can learn from Kobe's legacy?

"It's been said again and again, but really, the only recipe for consistent success is commitment, discipline, determination, and good old-fashioned hard work. Approaching every day with this mindset can do us all well, not just on the basketball court but in our normal everyday lives." 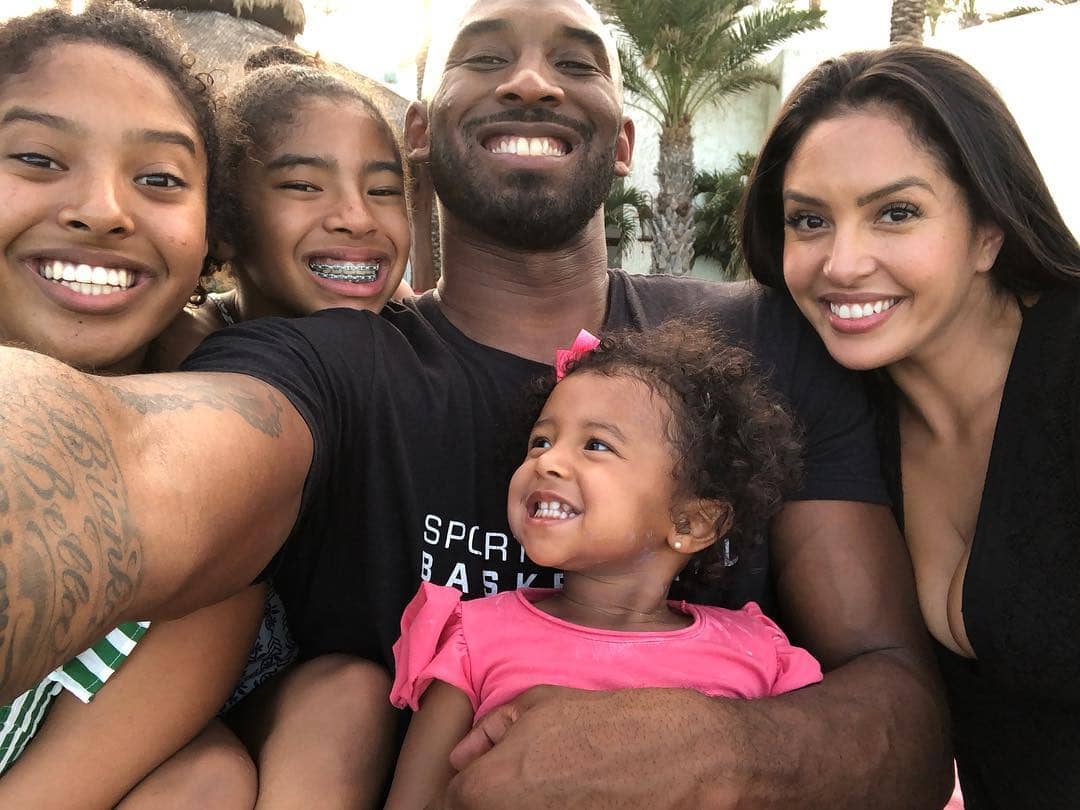 Tell us about your best memories from watching Kobe live.

"I got to see Kobe and the Lakers in 2009 against Dwyane Wade and the Miami Heat. LeBron wasn't teammates with D-Wade at that point, so the game was a classic showdown between the two best shooting guards at that time. I was really very fortunate because the game ended with Kobe hitting a one-legged 3-point runner over Dwyane Wade's outstretched arm for the win. The euphoria in that moment—the buzzer sounding, the ball ripping through the net, and the Staples Center crowd going wild—is something that I will truly never forget." When one day you start your own family, do you think there will be values or qualities of Kobe's that you'd like to imbibe?

"For myself as a future father, I'd want to emulate how Kobe was so devoted to his children. He would really take their interests and make them his own. His bond with Gigi in particular is something that I think a lot of fathers would want to have with their own children. For my future children, I hope that they, like Kobe, will be fortunate enough to fall in love with something in their lives and go after it with all that they have. And of course I will support them all the way." 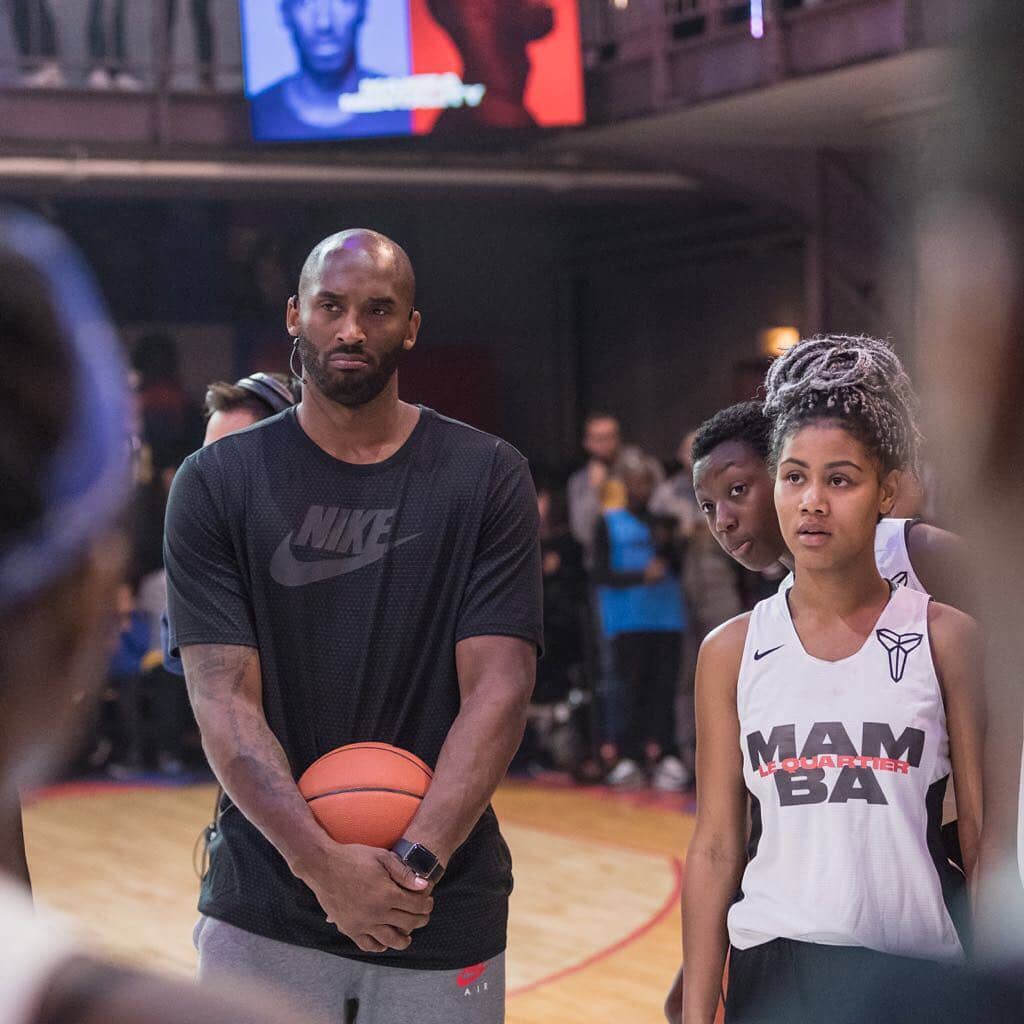 What will you miss the most about Kobe?

"How inspiring he was. How he inspired people to not just copy his moves on the court but his approach to life as a whole as well. There's a reason why Mamba Mentality is not just something that's applicable to basketball or sports in general—it really is a way of life. The thinking that there are no limits to what we can do or achieve in this life as long as we're willing to give it all that we've got and how he embodied this even in his post-basketball endeavors is what the world will miss the most." Kobe symbolized a lot of different things to different people. What was he to you?

"He was a role model but at the same time a pseudo father figure. Kobe was drafted in 1996—a few months after my father had just suffered a mild stroke. With my father's physical limitations and our 54-year age gap, I was subconsciously looking for someone a bit closer in age as some sort of guide. As a 10-year-old boy at that time, following Kobe got me into playing basketball and attacking my studies with the same Mamba Mentality. Even until now, when faced with a difficult decision, I oftentimes find myself thinking, 'What would Kobe do?'"

As a parting question, we also asked Martin if he thinks that this generation will see the likes of another Kobe Bryant, someone who clearly left an inimitable legacy behind.

With heartfelt words, Martin says, "Kobe Bean Bryant passed away on the 26th of January 2020. And yet in some respects, he is still here. He is the young boy in tsinelas playing basketball on the neighborhood court way past dinnertime, giving his mother headaches as he ignores her pleas to come home. He is the cashier working the first shift at your local coffee shop, getting up from bed at four in the morning, attacking each day with fervor. He is the lolo magtataho who plies his trade on the streets of Manila, bearing all of the aches and pains that come with carrying everything on his back the livelong day, still striving to provide for himself and the family that he so dearly loves."

"There will never be another Kobe Bean Bryant. And yet, in another sense, there will always be Kobes around us and within us. He is in the one who commits. The one who is determined. The one who works hard. And so although he may be gone, for as long as we remain inspired, he will forever still be here," he concludes.