Rabiya Mateo, Now The Most Followed Miss Universe 2020 Candidate On IG, Looks Back On Her Journey

Philippines' Rabiya Mateo reached the Top 21 of the prestigious pageant, and is now the most followed Miss Universe 2020 candidate on Instagram

Miss Universe Philippines 2020 Rabiya Mateo can now relax and catch up on some much-needed rest, as the 69th Miss Universe competition is over. Held on May 16 in Seminole Hard Rock Hotel & Casino in Hollywood, Florida, United States, the prestigious pageant's coronation night ended with Mexico's Andrea Meza crowned as the new queen.

Miss Universe Philippines 2020 Rabiya Mateo reached the Top 21 of the competition, and was also a fan favorite. Post-Miss Universe, Rabiya took to Instagram to express her thoughts about the opportunity to represent the Philippines.

"It was such a beautiful moment to represent you, Philippines. I am forever honored to be part of the legacy, of our history. In my heart, I did everything I can. I trained really hard to be physically fit. I would have sleepless nights trying to read articles to be updated. I made a lot of sacrifices people cant sometimes see. Early calltime. Late night rest. Trying to be sane and motivated. It was a challenge but it made me so much stronger everyday. Salamat mga kababayan! Mahal ko kayo!"

She also made special mention her mentor and creative director, Jonas Gaffud. "I know how much you’ve sacrificed for me. I love you Mama J," she writes.

In Photos: See The Top 21 Miss Universe 2020 Finalists In Swimsuit

Rabiya shared this message on Instagram, the social media platform where she now happens to be the most followed Miss Universe 2020 candidate with 1.5 million followers.

On May 14, she thanked her followers, as she reached one million followers on Instagram, and just a few days after, her following quickly grew and is now at almost 1.6 million as of this writing.

Rabiya also shared in jest on her Instagram Stories what she really wants to do now that Miss U is over: 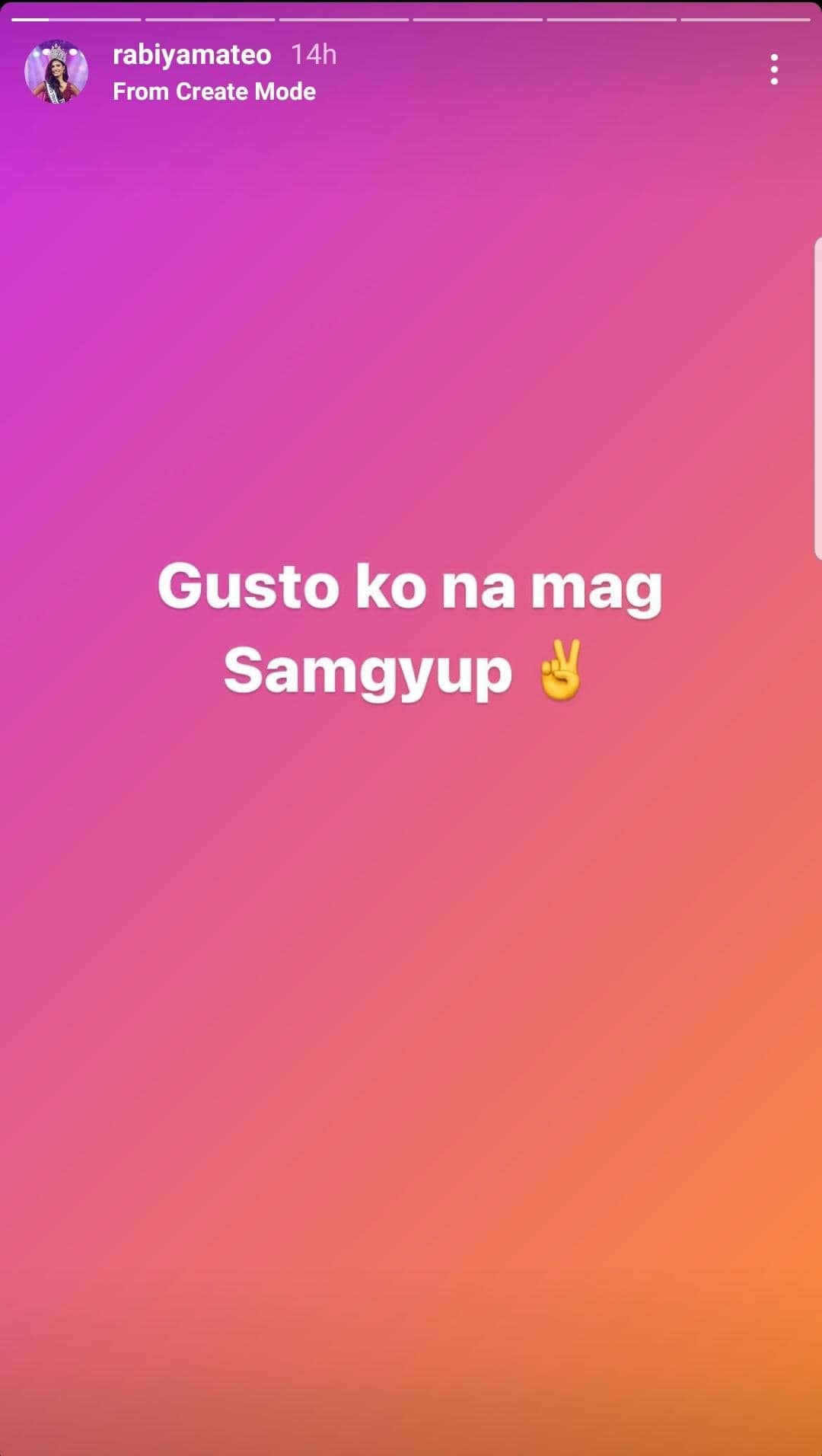 Rabiya you made us so proud! We know you put your heart into this and we love you! Mabuhay ang Pinay! 🇵🇭 #MissUniverse

Woooow this year is intense!! 😲 Sending Rabiya all of our love! She made our country proud! 💛 11 Year consecutive semi-streak Pilipinassss 🇵🇭🇵🇭🇵🇭 #MissUniverse

EXCLUSIVE: Cristalle Belo-Pitt Opens Up About Being A Mom Of Two