9 Interesting Facts About Kamala Harris, The Woman Who Could Help Change America's Fate

Officially chosen to be presidential hopeful Joe Biden's VP, the Democratic Senator holds the power in her hands to shape her country's future

With President Donald Trump in his fourth and final year in office, he hopes to win a second presidential term come the November elections. There are many, however, who believe that America can offer other, better choices to take the nation's most powerful seats.

One goes by the name of Joe Biden. Endorsed by the Democrats, a favorite among American youth, seen as a progressive leader, and as Barack Obama's two-time Vice President, he hopes to go head to head with Trump for the presidency and win. And by winning, he hopes to restore America, too.

Let’s be clear — a president who takes no responsibility for costing millions and millions of Americans their jobs deserves no credit when a fraction of them return.

The other is Kamala Harris, and this is what this article is for.

If she's an unfamiliar name to you, that's okay. She won't be in a few weeks' time as she's officially been chosen to be Biden's Vice President—for good reason, too. The California Senator stands for, and promises to fight for, all that America has lost, forgotten, and abandoned, as well as the promise of a golden turnaround for the nation in all senses of the word. There are many reasons to support Sen. Harris even though you are not American; you can empathize with millions of US citizens if you're also longing for positive changes in the society.

In Sen. Harris' hands (and in American voters' fingertips) is the power to remind them of this and more.

To get to know the woman who could very well prove to be 2020's Wonder Woman of politics, scroll through the gallery below:

Meet Janice Lao, The Environmental Scientist Who Put The Philippines In The Global STEM Map 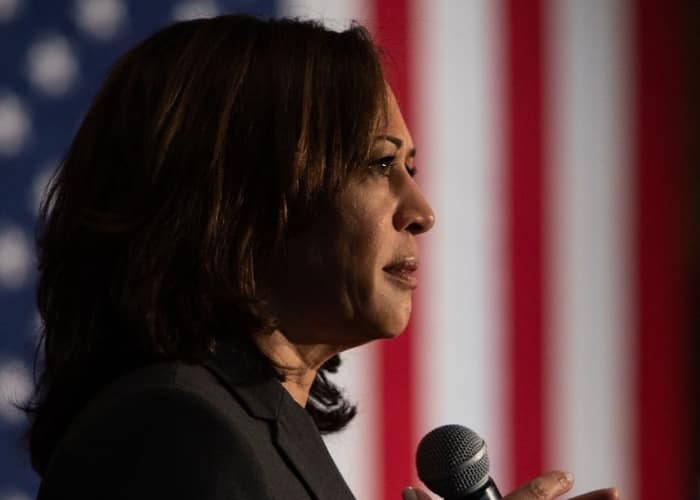 1. She was Joe Biden's political rival.

It was a shock to those uninvolved in the inner workings of the elections that Biden had chosen her, mainly because she was a former political rival of his. In 2019, she had bid for the Presidency, too, and even attacked Biden for his stance on race-related issues. However, the two appeared to have patched things up, focusing on what they had in common and ironing out past differences instead to give the Liberals a strong, united front leading up to November. 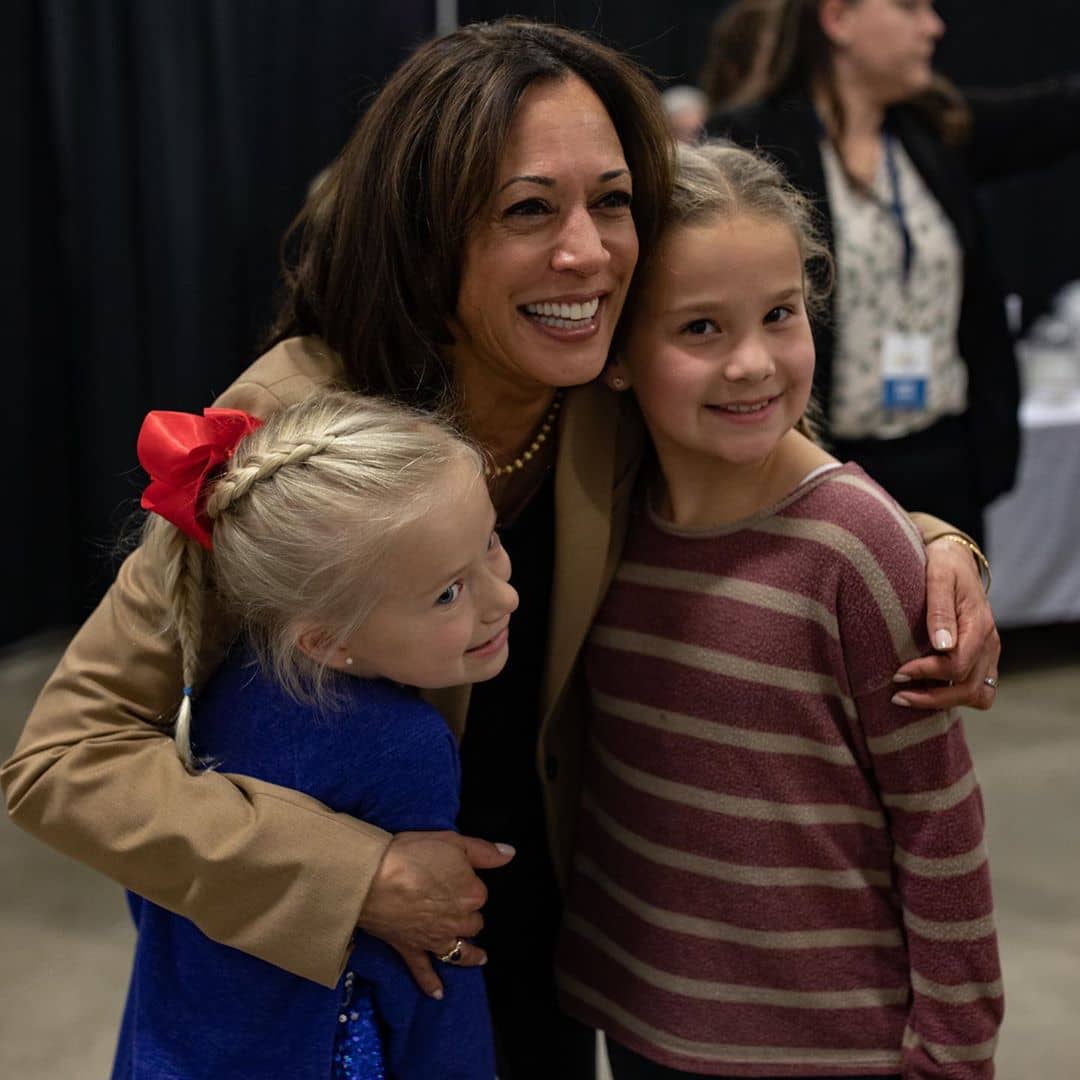 2. She stands for racial equality in every level of society.

As the daughter of immigrant parents from Jamaica and India, her life itself is a beacon of how race does not dictate a person's potential and future. Many of her policies are directed towards protecting minority groups ostracized on the basis of their race, sexual orientation, gender, socio-economic status, and legal history. 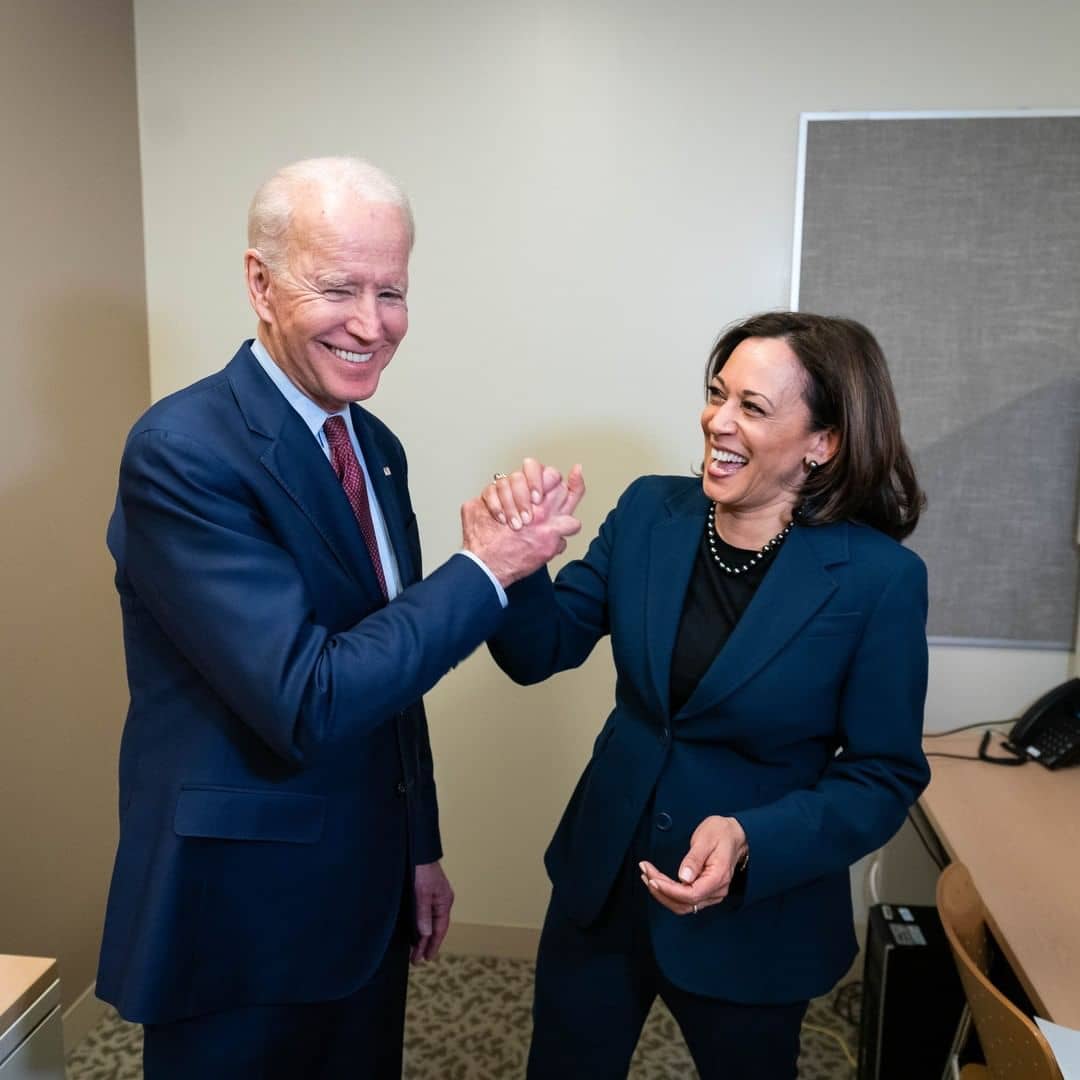 3. Her parents and her sister are agents of change as well.

Speaking of her family, Sen. Harris' parents and sister have all played important roles in bettering society. Her father is an economist and a retired professor at Stanford University, her mother was a breast cancer researcher and activist, and her younger sister is also a political and social activist and, sweetly enough, also her political adviser. Both her mother and her father actively participated in the Civil Rights Movement. 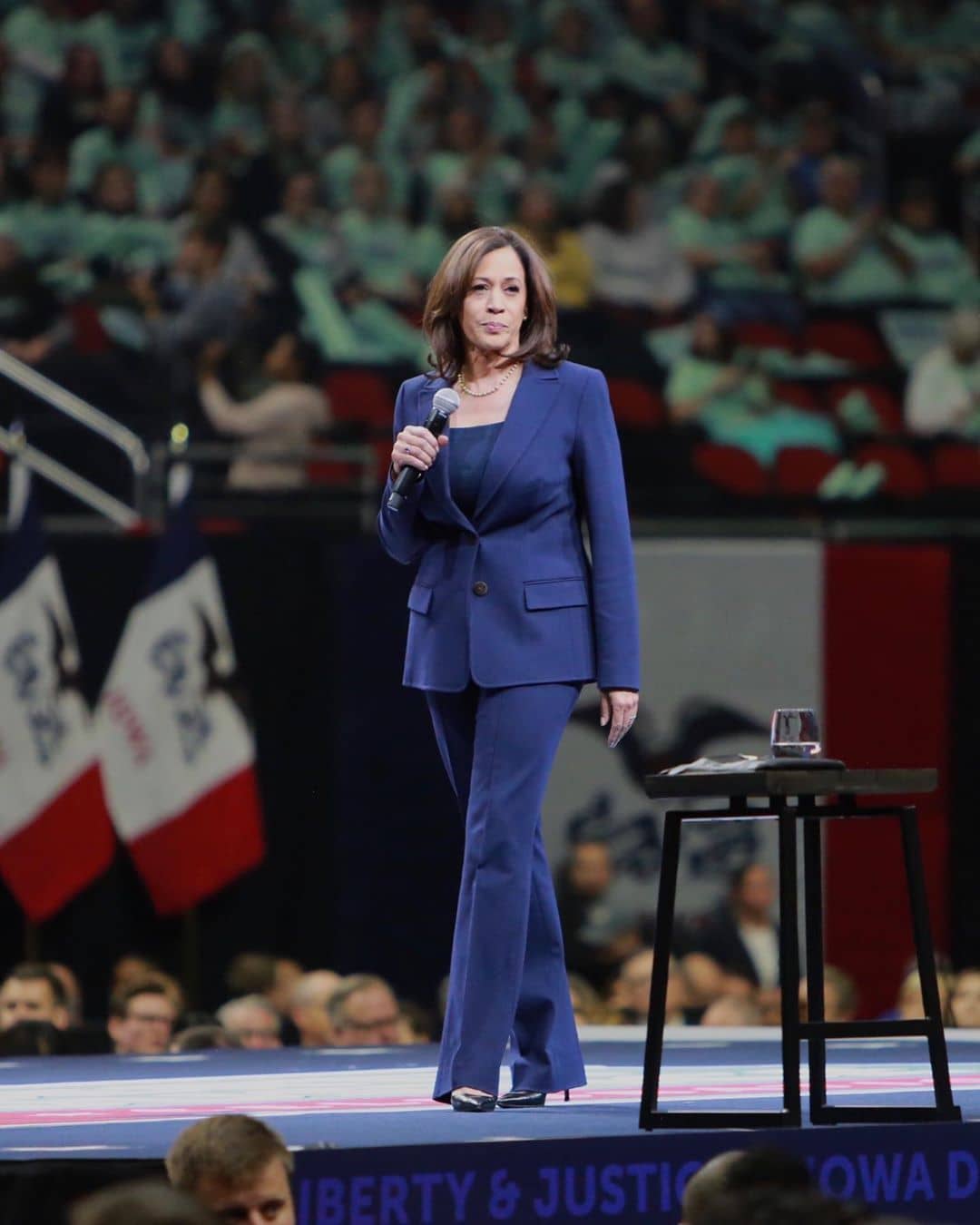 4. She's the second Black woman to be voted into the US Senate, in all of America's history.

She made history in 2016 when she became the first woman of African descent (and of South Asian descent, too) to be elected as a California Senator. Before that, she was the state's Attorney General. Her work in California's legal system often brought her face to face with cases of illegal immigration, those often involving children, and it was an experience powerful enough to have led her to found a group called "Dreamers." The group protects immigrants who arrived in the US as illegal immigrants, but were minors, from immediate deportation. 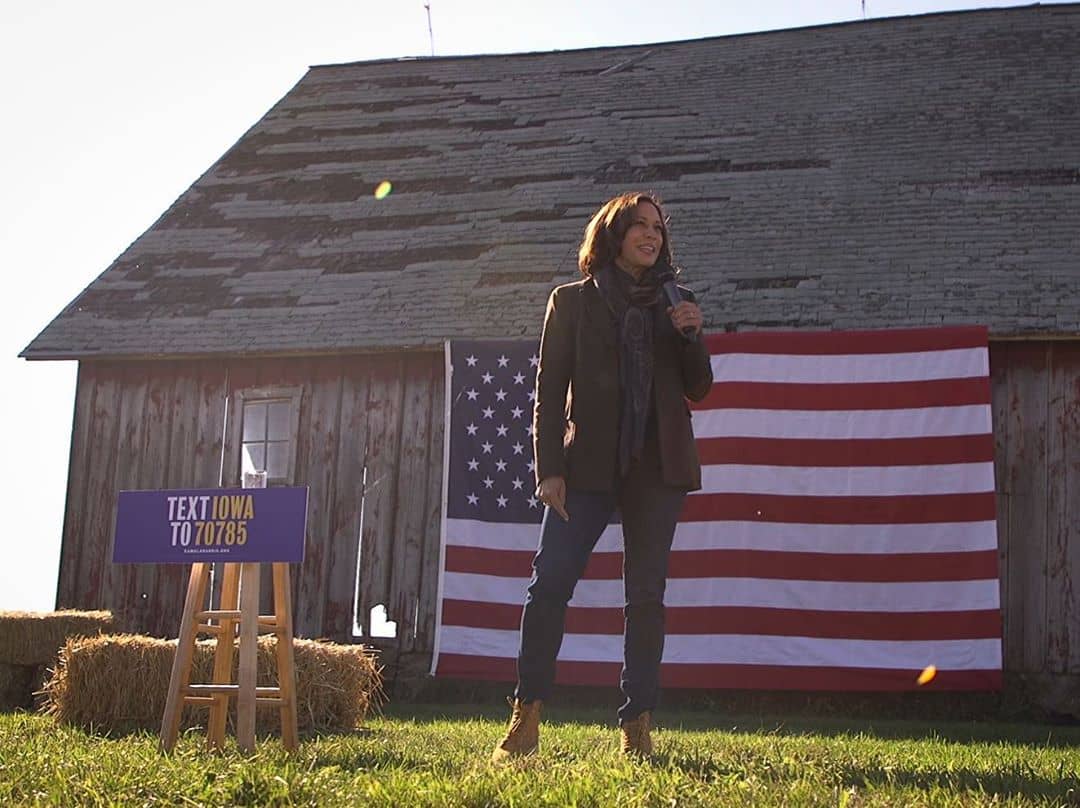 5. She has a progressive take on issues involving traditionally marginalized groups.

During her time as a Senator, she has backed many pieces of legislation target towards raising the quality of life of traditionally marginalized groups. She's supported the legalization of gay marriage, the improvement of healthcare for those recovering from substance abuse, deepening the support given to war veterans and their families, and expanding childcare benefits for working parents. Unsurprisingly, her progressive takes on these issues have earned her support from Americans hoping that President Trump has but months left as president. 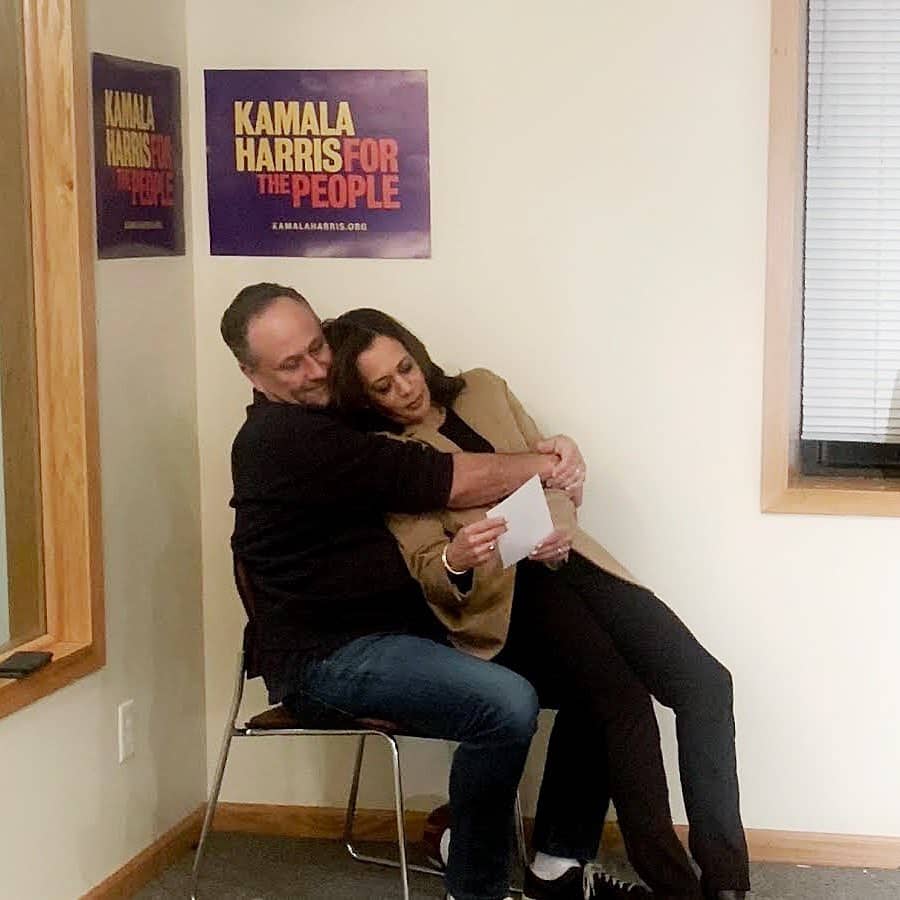 6. She's married to a fellow attorney.

Her husband is Douglas Emhoff, a fellow attorney, and they met on a blind date. The couple doesn't have kids of their own yet but that's never been an issue for the Senator who treats her husband's two children as her own. She and Douglas have been married since 2014. 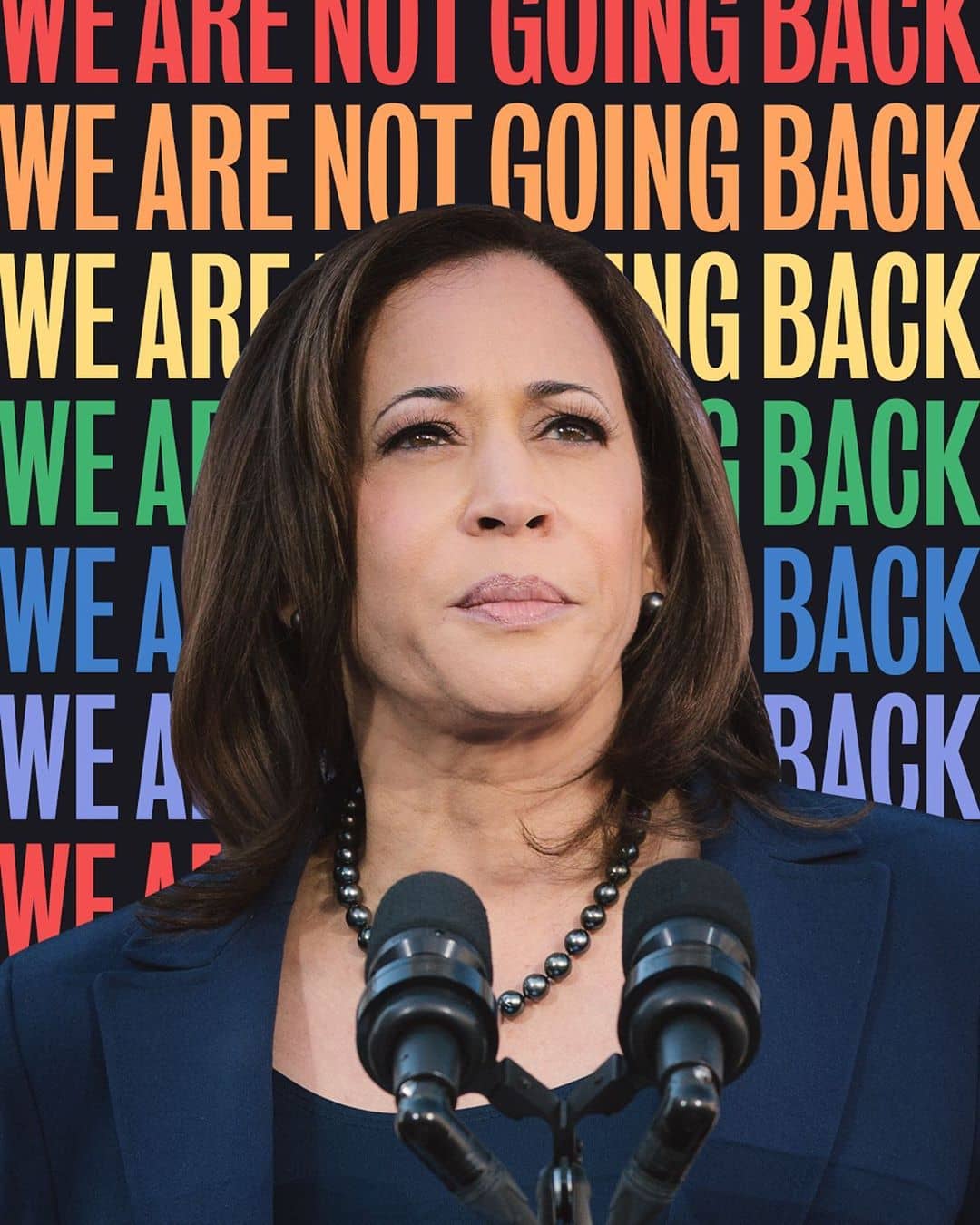 7. She's a known critic of the Trump administration.

President Trump has publicly attacked her, describing her with words he often uses to try and demean women who vehemently oppose him. He's called her "nasty" and "mean," for instance, but also predicted that she would soon lose the people's favor given that "she's not a person who's liked." The Senator remains unfazed and continues to criticize the Trump administration's shortcomings. 8. She's unafraid of unpopular opinion, even when it's at her expense.

She has her principles and stands her ground, and is not what you might call a people-pleaser. She's well aware that politics means having to choose sides, and having to carefully deliberate which side you're on. She's made unpopular decisions in the past whose consequences haven't discouraged her - like voting against the death penalty and helping overturn the decision to ban same-sex marriage. (In the same vein, she's also been vocal about other hot topics in US politics like women's reproductive health laws and the criminal justice system's reform). She has two titles under her name. She published "Smart on Crime" in 2009, and is about her views on the penal system, and "The Truths We Hold: An American Journey (Young Readers Edition)" in 2019, which speaks of her thoughts on society, its current state, and how humanity can do better. She also has a children's book called "Superheroes Are Everywhere" that came out last year, and the book's message is clear: a hero need not wear a cape to be one, and you can be one too.

As Joe Biden's popularity grows, so does Kamala Harris' (and vice versa). But so do the intensity of attacks from the President.

His latest attempt to sand down her chances of winning is his ill-conceived "birther argument," the same one he used to try and taint Barack Obama. The argument basically asserts that Sen. Harris is unqualified to run for public office as she was not born in the United States. The claim has already been refuted by several parties, however just as Trump reacted to Obama producing a birth certificate proving that he was born in Hawaii, he again claims that Sen. Harris' supporting documents are illegitimate or flat-out lies. (She was born in Oakland, California, in case you were wondering).

It’s outrageous that nearly 1 in 5 American children live in poverty — and it’s even worse for our Black and Hispanic children. As president, I’ll combat this injustice head-on.

It's A Yes! Gwen Stefani Gets Engaged To Blake Shelton

See The Details Of Lala Vinzon's Debut, A Concert And Birthday Rolled Into One!