Truth, service, and the common good led Gina Lopez in her life’s mission—we shall all remember her legacy

The environmental advocate and philanthropist passed away on 40 days ago, but her legacy lives on in her contribution to the Filipino people. Two big events just this month honored her memory—the recent ABS-CBN Ball at Shangri-La at the Fort, and the 30th Anniversary of ABS-CBN Foundation Inc via the Mid-Autumn Ball in Edsa Shangri-La Hotel—with parts of the program dedicated to Gina. From her personal triumphs to her advocacies, she led a life of service to humanity brought not by personal ambition but an innate desire to make a difference.

She has changed the lives of many through her work in ABS-CBN Foundation. She joined the organization in 1994, establishing educational television, Bantay Bata 163, Bantay Kalikasan, and Sagip Kapamilya. Her advocacy for the environment continued in 2007 when she led the Pasig River Rehabilitation project, including BayaniJuan for informal settlers. With the Save Palawan Movement, she spoke up against mining, but it wasn’t until she took on the post of heading the Department of Environment and Natural Resources (DENR), that she showed the whole nation that her passion for service knew no boundaries.

What set her apart was her determination and focus, coupled by her unique persuasiveness and charisma, which brought the most lofty of ambitions into reality. While most of her projects began with awareness, she followed through with tangible results, leaving a legacy of public service in a scale that the country had not seen before. 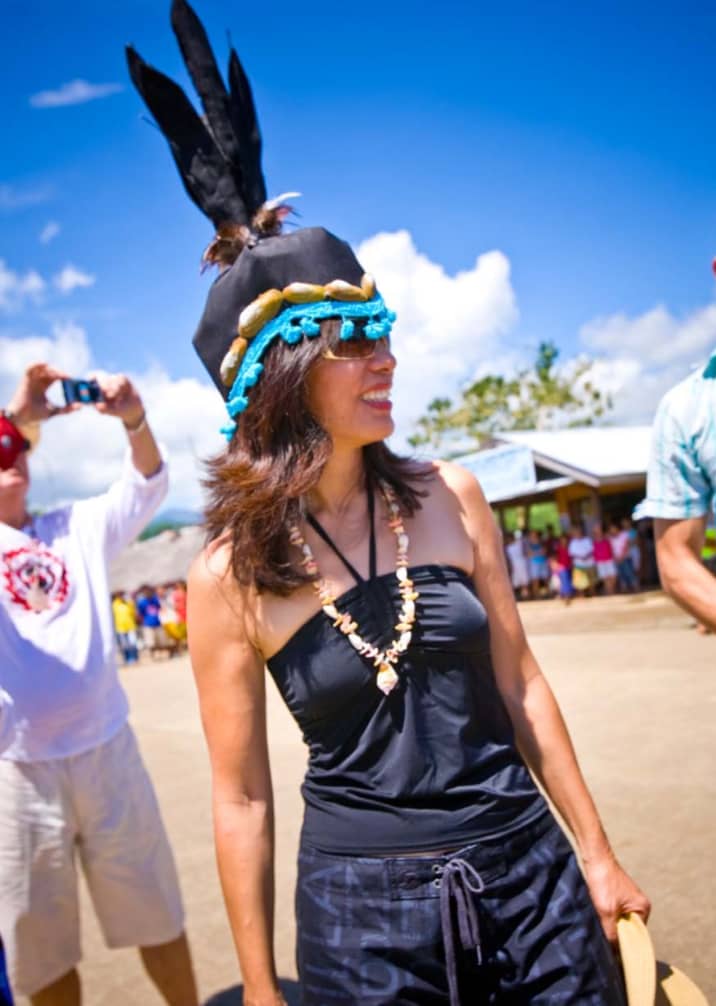 When Gina joined ABS-CBN Foundation in 1994 and soon took over as general manager, she saw child welfare and education as one of the more pressing issues that needed to be addressed. This led her to spearhead a nationwide campaign to improve the quality of the educational system from educational television (ETV), even winning the UNESCO Kalinga Prize in 1999 for her outstanding contributions to “the interpretation of science and technology to the general public” as producer for the program Sineskwela.

Her drive was unswerving—she would start with one, and from its success, work on the next. She worked on education by going one television set at a time, one school at a time, and so on, until they reached thousands of television monitors nationwide. She also produced shows on culture like Hiraya Manawari, Math Tinik, and Epol/Apple: programs which were eventually distributed in DVD format to different schools.

“That was perhaps, in many ways, the beauty and simplicity of Gina,” explains her brother, and ABS-CBN Chairman Emeritus Gabby Lopez in another interview. “She can dream very big dreams, and she’s not at all intimidated by how difficult the task is going to be. And she does it one step at a time.”

This was the same approach she used with one of her first projects, Bantay Bata 163, which was launched in 1997 as a 24-hour hotline. It was said that the organization took shape when Gina saw a photograph of a dead child—a victim of physical abuse. The child was abused for years, but those who were privy to the situation did not do anything about it. Having learned of this, she built a hotline that would help children in crisis, and also provide shelter. This was done through Children’s Village, which houses children rescued by Bantay Bata 163.

In the same manner, she set up the foundation’s Bayan Microfinance program in 1997, creating more entrepreneurs and livelihood opportunities. Under her leadership in AFI, she expanded the program to get more funding—P25 million from the government through the National Anti-Poverty Commission; and P58 million from the Lopez Group. Through the years, the organization has grown, and now has its own foundation.

She can dream very big dreams, and she’s not at all intimidated by how difficult the task is going to be. And she does it one step at a time.

Love for Nature and the Environment

Like a spark that ignites into a flame, Gina first began Bantay Kalikasan as a means to educate Filipinos about ecological concerns and safeguarding the environment. But more than just spread awareness, it created tangible solutions through different projects.

The biggest of these is the La Mesa Dam rehabilitation. The watershed is the last remaining forest in Metro Manila, with 2,700 hectares of lake, river, and forest. Through Bantay Kalikasan, corporations and individuals can “adopt” a part of La Mesa Dam, facilitating projects such as tree planting, reforestation, and the creation of activity areas like bike and hiking trails. 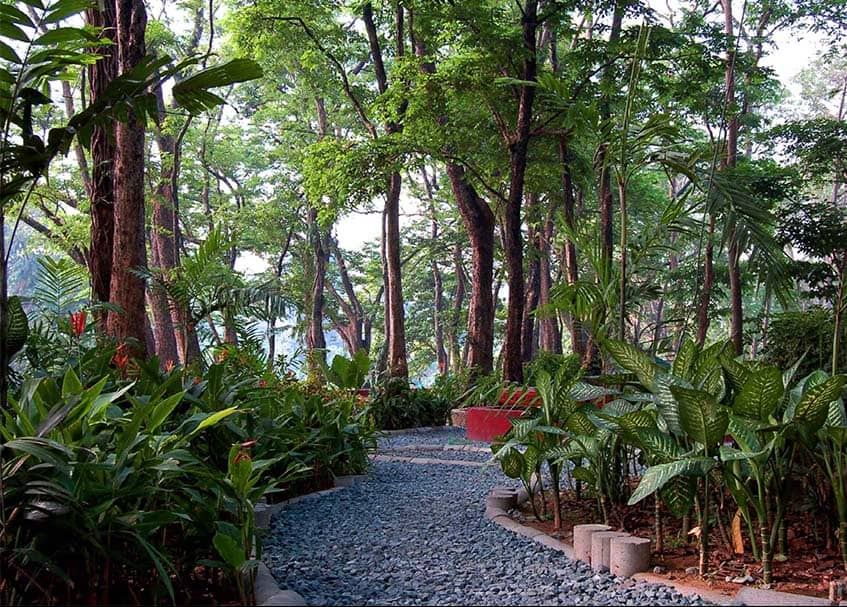 Under Gina’s leadership,  AFI has been placed at the forefront of disaster response, through Sagip Kapamilya, a comprehensive program to address disaster relief, rehabilitation, and preparedness. Through the reach and influence of ABS-CBN Corporation and the aid of private and public institutions, Sagip Kapamilya has been involved in some of the worst disasters that have hit the country—from typhoons Ondoy and Yolanda, to earthquakes, and volcanic eruptions.

It was in 2007 when Gina took on the Pasig River Rehabilitation Project as a cause. Through her goal-oriented and analytic thinking, she set a timetable of seven years to transform the waterways, giving it the name Kapit Bisig Para Sa Ilog Pasig. She worked on one estero (tributary) at a time and began by removing the toxins in the river through a physical cleanup. She also invoked the community and spread awareness about the hazards of dumping garbage in the river. She began with Estero de Paco as the model, and involved not just the immediate community but also the public. She did this by establishing the yearly Run For The Pasig River event, which even broke the Guinness World Records for the “most participants in a racing event” in 2010.

An offshoot of this is BayaniJuan, which provided options for informal settlers once they leave the waterways. They could now move to a resettlement area in Calauan, Laguna, which is also home to families displaced by Typhoon Ondoy. 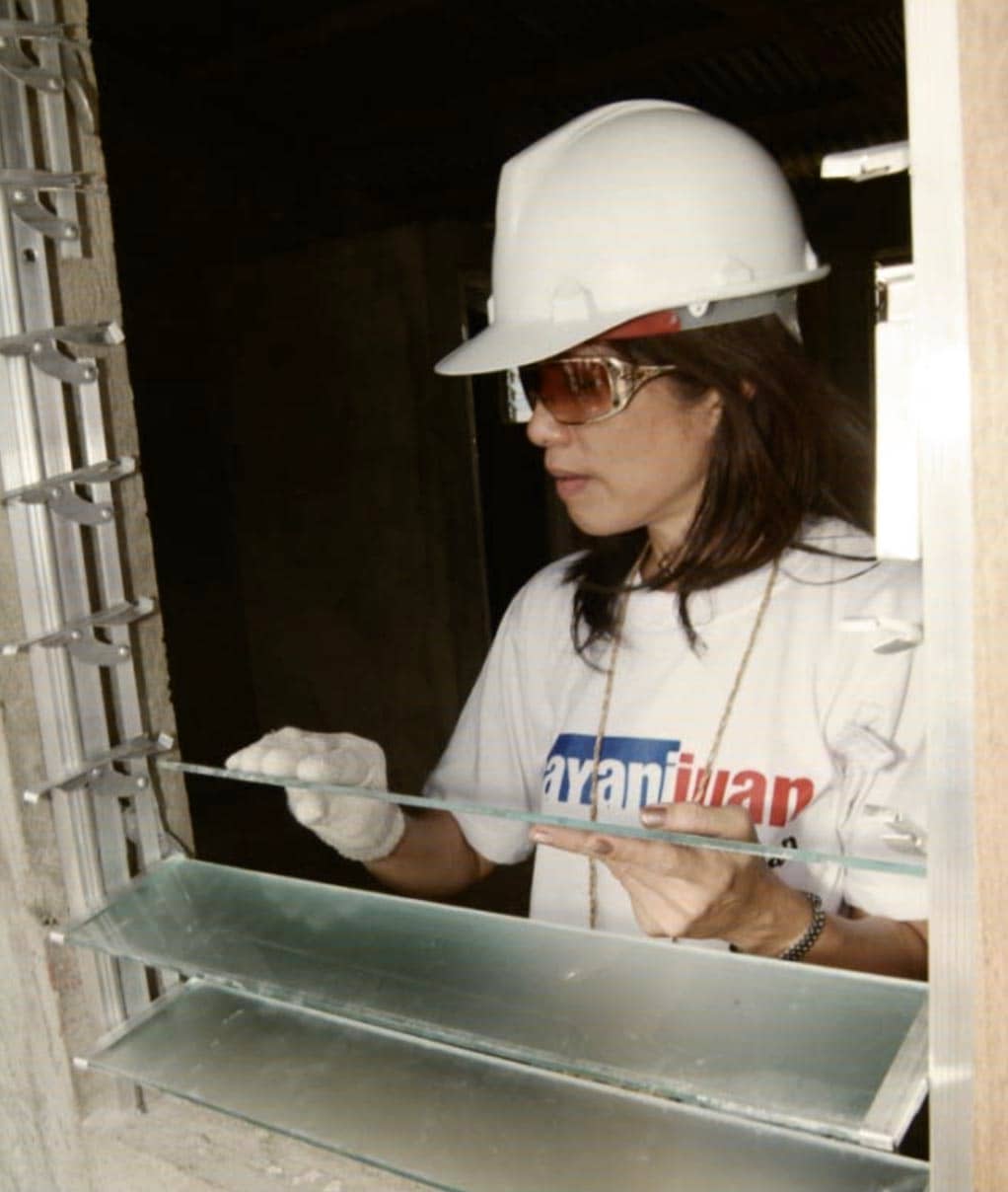 Apart from these, she shared her time and resources with the Save Palawan Movement to help protect the country’s last remaining resources and create awareness for the ill effects of mining. Their thrust was a signature campaign that sought to preserve Palawan’s ecosystem and to enact the existing laws to protect the province.

Yet while much of her work has been in service, her biggest, and most public platform came in 2016 when she was asked to lead the Department of Environment and National Resources (DENR) under the administration of President Rodrigo Duterte.

Gina’s leadership in government showed her unwavering passion for the good of the people, as she fiercely defended the country’s national resources, which drew the ire of some sectors. She transformed the agency by making it more agile, tapping into her core of working closer with the people.

“I love the job. It gives the power to make a difference,” she had said in a Metro interview. “Improving people’s lives really makes me happy, and I don’t think that can happen in a sustained way if we don’t treasure and maximize the potential of the environment,” she says.

During her term in office, she was constantly reframing DENR programs, showing how improving the environment delivers manifold gains—much of which was shaped by three principles she adheres to—Truth, service, and common good.

Gina knows that not everyone can walk the same path as she had. The direction she had chosen was hers alone. Her path, wrought with challenges, made full use of her capacity to inspire and incite action, through her extreme focus and her innate charisma and indefatigable energy. Most of all, her knoweldge of herself and her potential.

“The divine will lead you to a path of maximum potential for your life. Everyone has a different path, and one’s path is not better than the other. I am what I am doing because I am true to myself,” she said. “So whatever you are, whatever you are doing, whoever you are, just be the best you can be.”

The spark she had ignited through her many endeavors has burned brightly, the consciousness she had desired to share has spread like wildfire, giving light to those in need and infecting the rest with the enthusiasm and energy she has given to her many advocacies. Her dream has been fulfilled, and it is up to the next generation to take on the torch.

Requiem For A Patriot: Remembering Carlos P. Celdran And His Love Affair With Manila

“My Kate Spade”: Women From All Walks Of Life Share The Wonderful Stories Behind Their Bags