The accidental digital superstar is one of Cornerstone Entertainment's newest talents!

It was boredom that made her do it.

Metro Chats guest Yukii Takahashi—an otherwise ordinary 19-year-old whose teenage life was put on hold by the pandemic—made a TikTok account one day in April last year and just rolled with the app's dance craze. She has danced in the past (she laughs a big laugh on Metro Chats thinking about how the closest first-ever "performance" she ever had was when she was a fifth grader performing a doxology, a.k.a. a prayer that comes with a dance routine), but she'd never took it seriously.

With no end to life under lockdown in sight, she figured, why not hop on the TikTok train and revisit one of her many, though then-unpolished, talents?

Come May, June, July, Yukii found herself quickly becoming an accidental TikTok superstar. In a blink, she had local followers growing by the hundreds, if not thousands, in a day, and was slowly establishing a fandom. Even TikTok users from all across Asia had discovered her and named her one of their favorite personalities to watch on the platform.

Fast forward to the end of 2020, and Yukii's TikTok had exploded with support from Yukiinatics—her fandom's official name—and she now has more than five million followers on the app. But it didn't stop there; major labels quickly took note of her malleable talent, and in January, it was announced that she had officially signed onto Cornerstone Entertainment, the same talent arm that takes care of industry heavyweights like Moira dela Torre, KZ Tandingan, Catriona Gray, Inigo Pascual, and Sam Milby. Yukii shared that she has exciting projects that will be revealed soon!

The way Yukii made her way to showbiz might have been unexpected and a little random, but the fact that she's on her way to something bigger sure was something that was always meant to be.

Get to know the TikTok queen better in the gallery below, where we highlight her best moments from our exclusive interview with her on Metro Chats as featured on Kumu's FYE Channel! 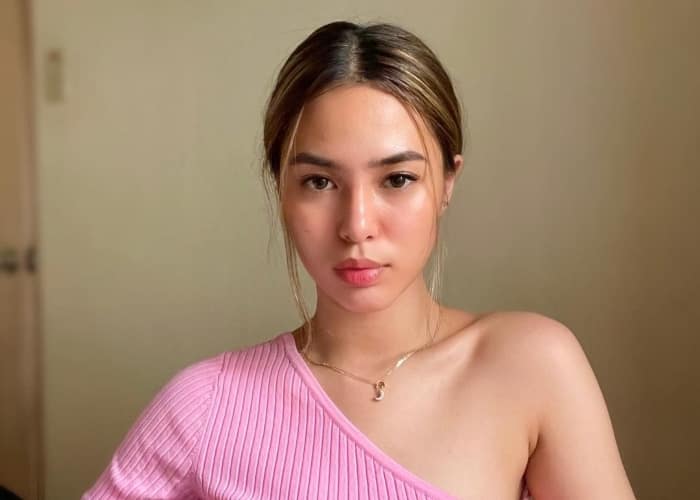 Find her on Kumu and TikTok

If YouTube and Instagram were the hotbeds where young talents were discovered, pandemic life has made Kumu the next big platform for the talented to showcase what they've got, and that's exactly where you'll soon find more of Yukii! She has done Kumu streams and in them, you'll see her performing dance movies and doing a bunch of challenges and tutorials. The online streaming platform has turned into her happy escape from life under lockdown, and her followers are uber happy that she has it as it gives them direct access to her. But it's really in TikTok where she's thriving. Unexpectedly, her popularity as a dancer blew up to unimaginable proportions because of this app. According to Yukii, she joined the platform just as a way to shed quarantine weight with zero expectations of becoming an Internet star eventually, and where she's at now—a new Cornerstone Entertainment artist—is still something that blows her mind. 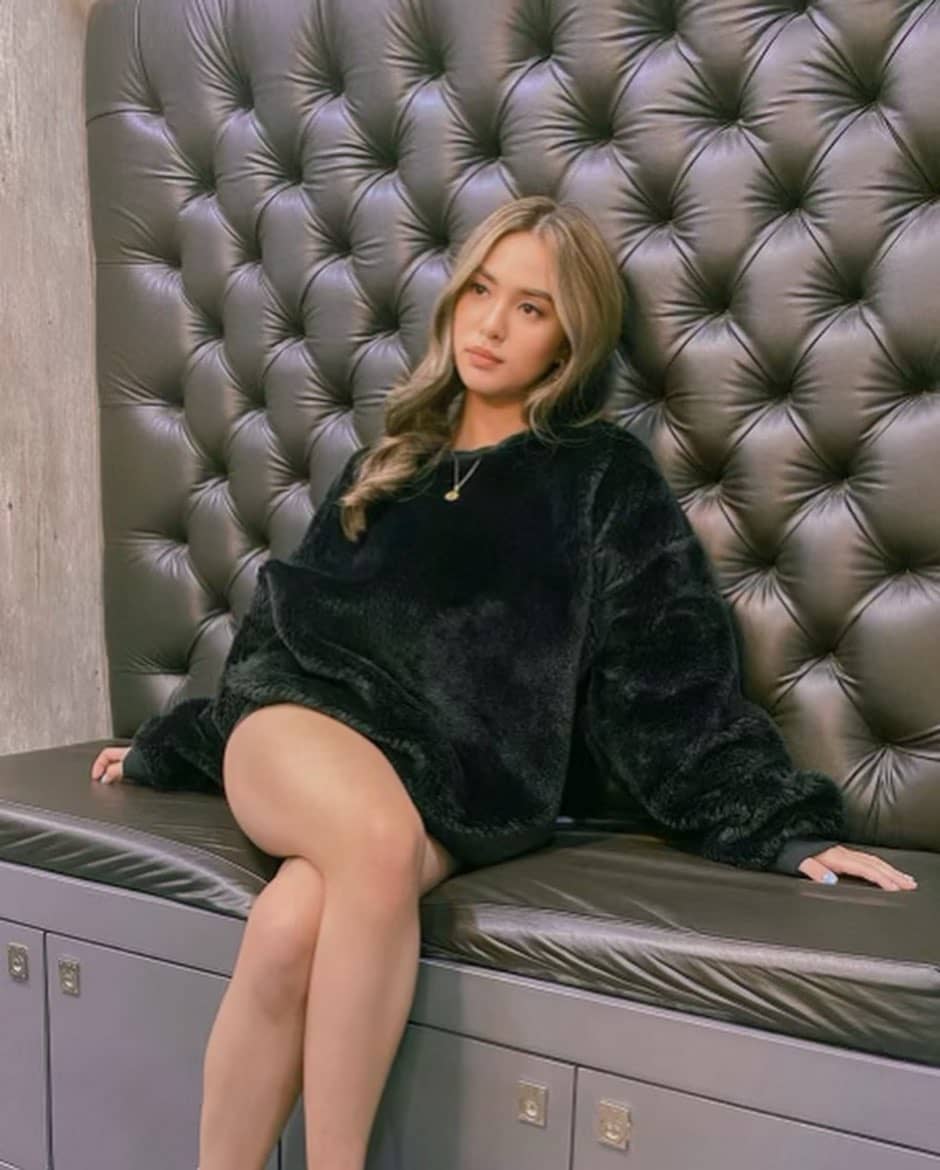 Yukii might be new to digital fame, but to dancing, she isn't. She's been dancing for some time now but TikTok was her unforeseen training ground, and more than sharpening her moves, it also provided her with the confidence to keep trying new things. In a day, she works on three to five songs—but in reality, she's got at least 400 drafts on her phone to upload onto the platform! It's hard to believe that she only joined TikTok in April last year, and according to Yukii, what really made her take her TikTok hobby seriously was when she grew an audience that appreciated her work. In fact, she has even grown an international fanbase; TikTok users from India, Indonesia, and Thailand and beyond have expressed their support for Yukii's progress and work. 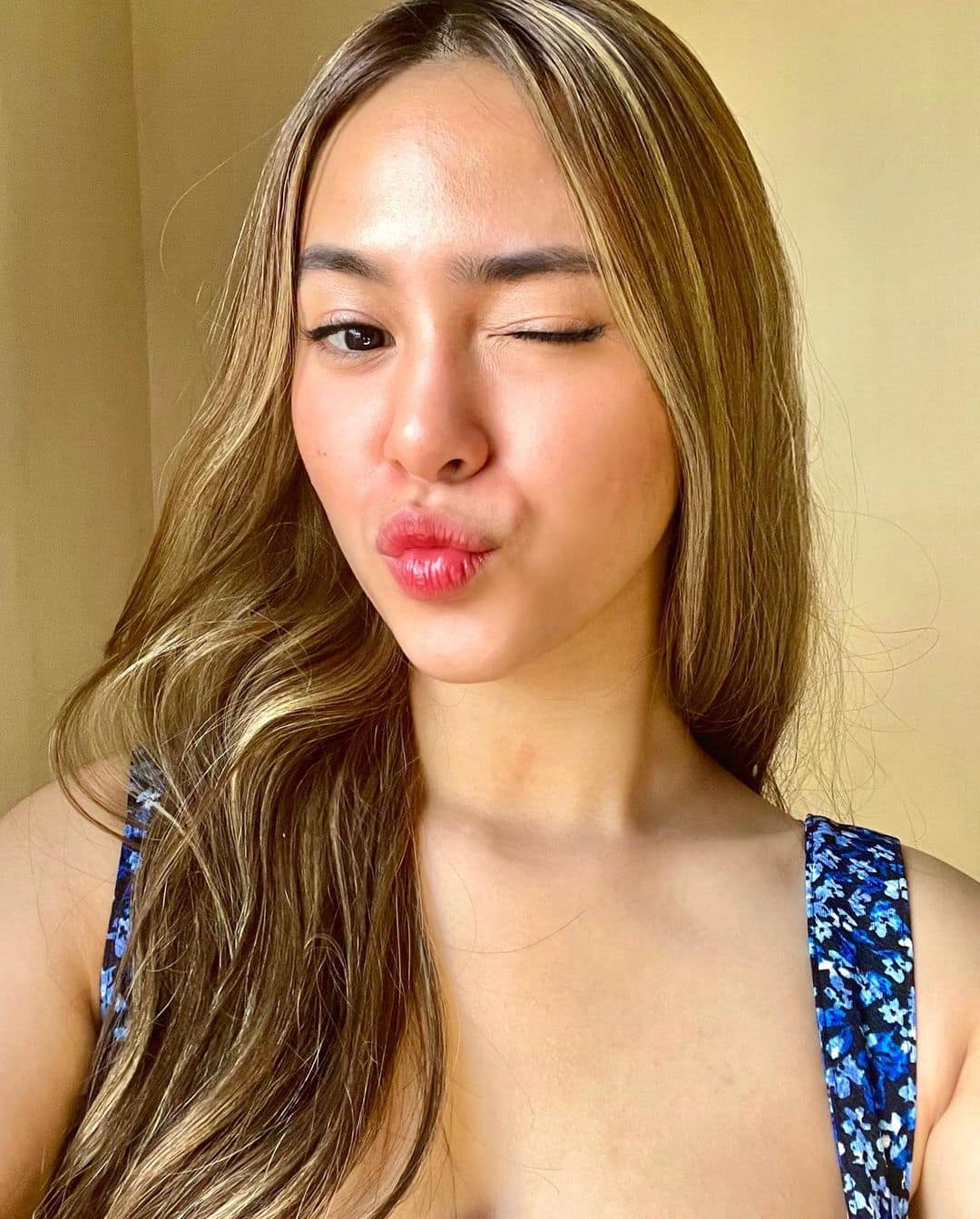 Liza Soberano is who Yukii looks up to, modeling and acting-wise. The 23-year-old loved by millions for her picture-perfect looks matched by outspokenness is Yukii's current celeb idol, overall, though she's still on the hunt for someone in the dance scene to make her role model. Yukii outside of TikTok

She's half-Japanese, as her name suggests, and she just turned 19 in January. She was born and raised in the Philippines and identifies as Filipino by all means; she doesn't speak much Japanese. Growing up, she was a pretty quiet kid and a sporty girl (social media was never her thing, interestingly enough!). She really only discovered dance when she was in the sixth grade for a school event, but when she had to join a cheer dance, that settled it. Something in her was switched on, and there was no switching it back off. Though TikTok and Kumu are current preoccupations these days, her long-term goal is to become a doctor. She's concentrating on her budding career as a performer but as soon as life permits, she's heading back to school to earn a degree as soon as possible. 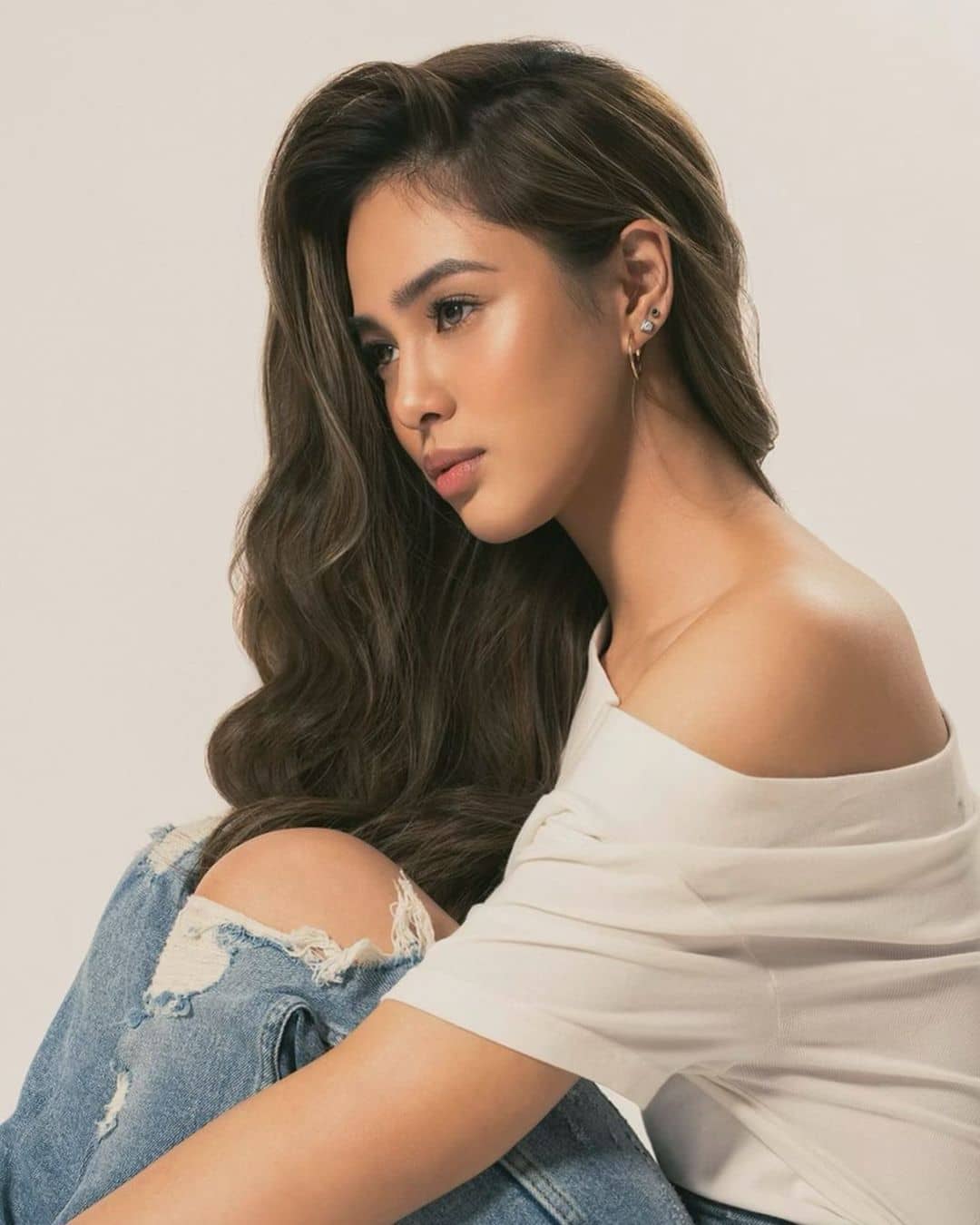 Watching series and movies kept Yukii busy in the last few months. She admits to being crazy over animated titles (she doesn't shy away from "SpongeBob SquarePants" and "Adventure Time") that she plays over and over in the background, and lately, she's discovered an interest in healthy eating. Wellness is next on her quarantine interests list, and she's getting that started with working out more regularly and having fun experimenting with smoothies. 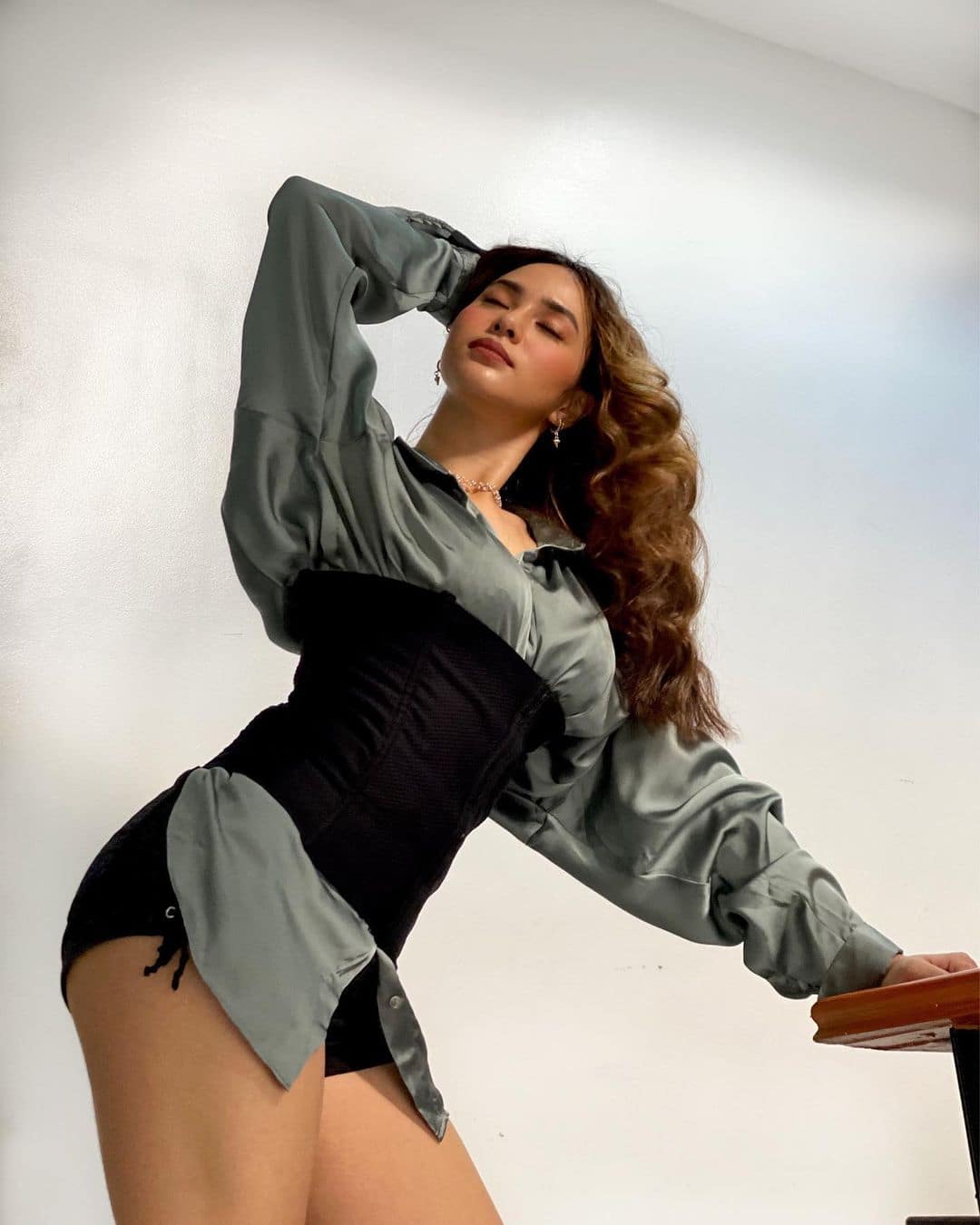 Yukii was signed by Cornerstone Entertainment just this year and already she's looking forward to working with the biggest talents in the industry. Aside from Liza Soberano, Ykuii mentions Kathryn Bernardo, too, because of their immense talents onscreen that she can learn from. The possibility shouldn't be discounted because Yukii is a triple threat; she dances, sings, and acts, too, and she's making it a personal goal to become a versatile performer. She doesn't want to be a one-trick pony in the industry, so she's committing to giving her best in workshops designed to bring out the best in up--and-coming stars like her. 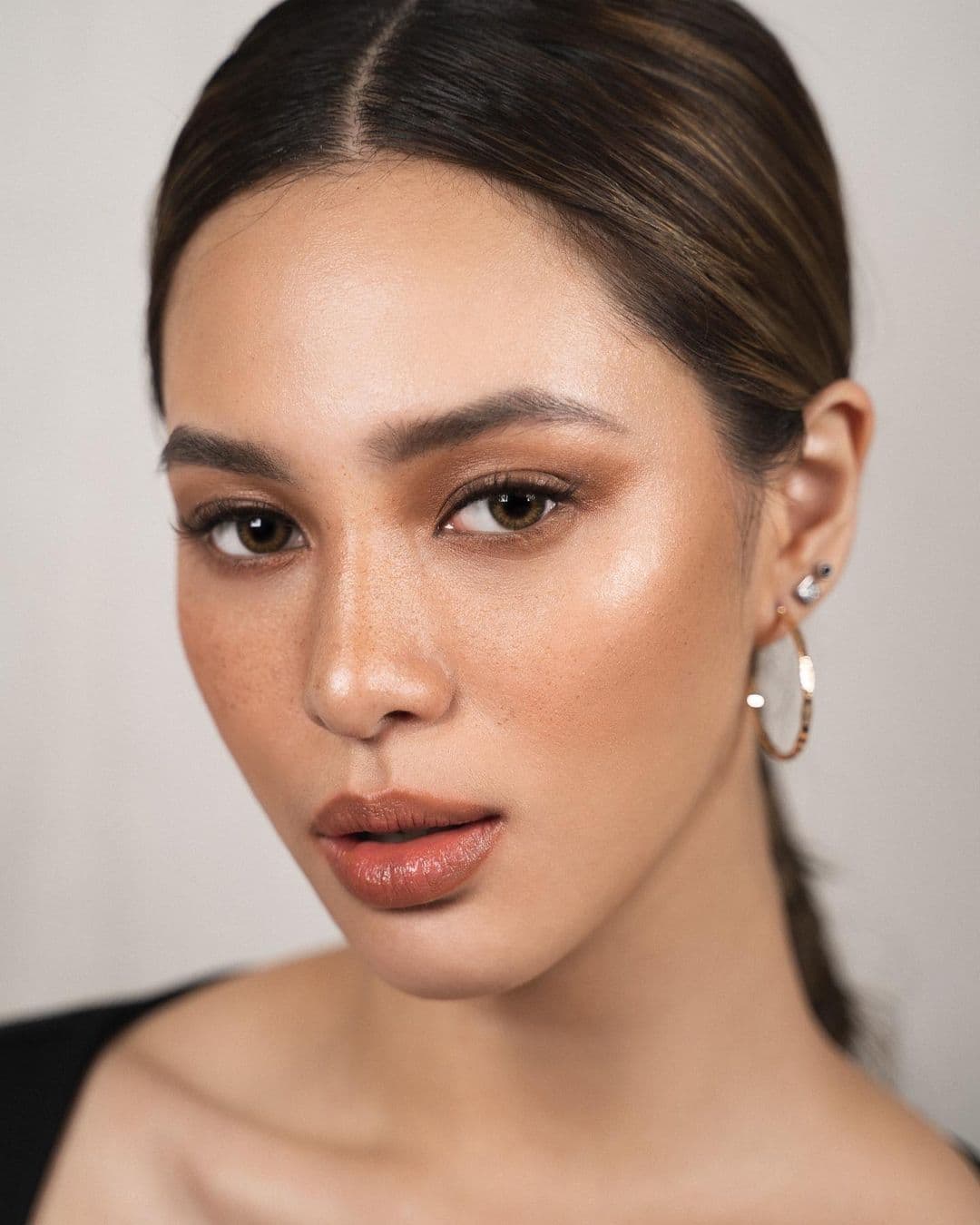 Even with more than five million TikTok followers, Yukii admits to never really bothering with beauty concerns and making sure she looked model-esque every time she posted new content. It was only something she learned eventually— including figuring out makeup that works for her and updating her wardrobe—but overall, she's still a low-key, simple girl. Her biggest piece of beauty advice? Take care of your hair, because it's your crowning glory! Explore coconut or castor oil, and as usual, hydrate, hydrate, hydrate. And if you can bear with it, don't shampoo everyday to keep your hair's natural oils intact! Her beauty routine is nothing complicated; facial cleanser, eye cream, sunscreen, and lip balm, and she's good to go. 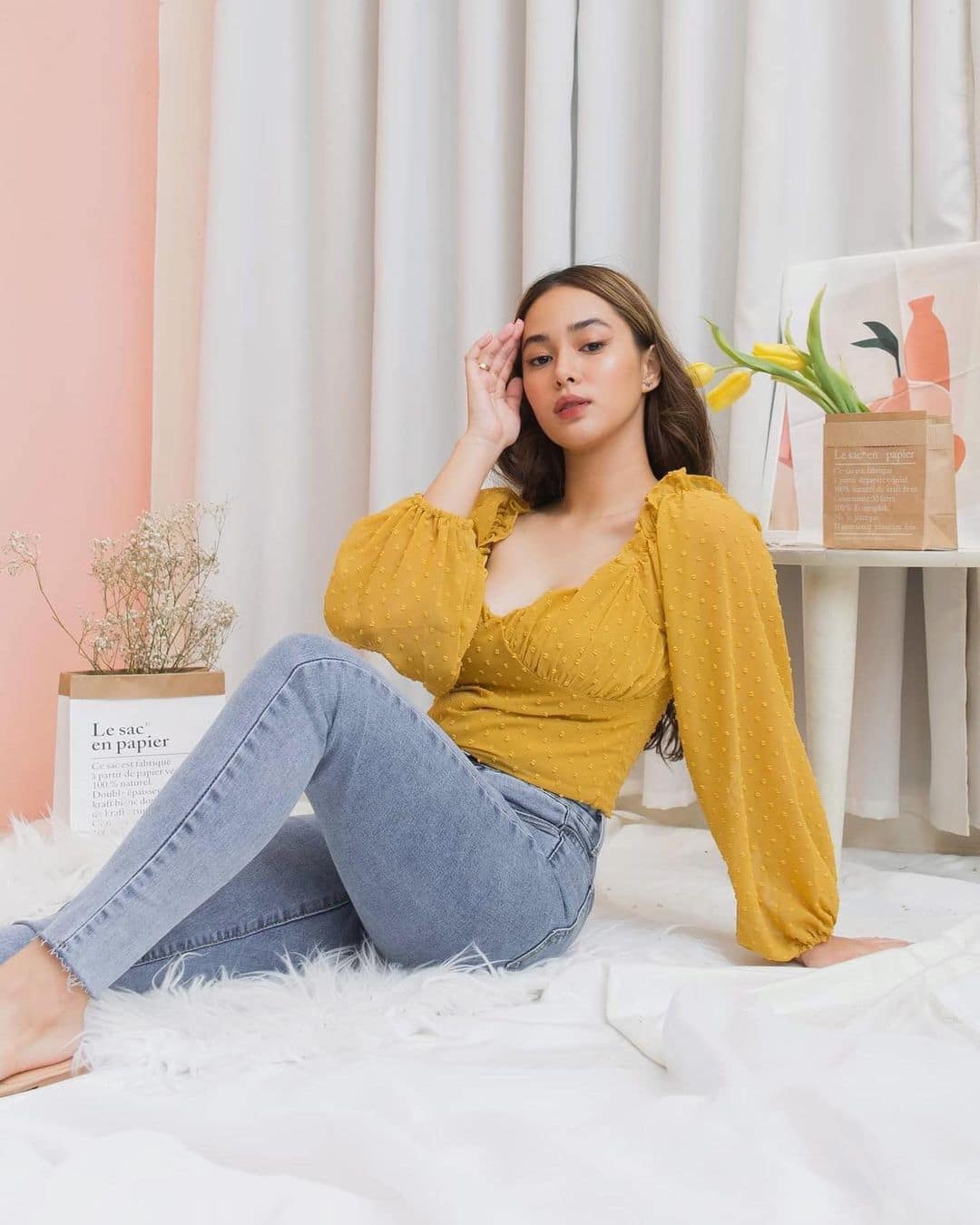 Yukii is single! And totally content to be. But if she were to date, she'd look for a potential boyfriend who's tall, tan, respectful, with an engaging personality and a great sense of humor.

She says that she's low maintenance in most ways. Even in the way she dresses, her focus is on saving money and not so much on brands and labels. If it works and looks good on her, then that's all there is to it! Currently, Yukii gravitates towards street wear; she's all about baggy shirts and pants (hello, Billie Eilish) and chunky sneakers, and you'll almost never see her in kikay outfits that require her to slip on a dress and heels. She, however, does a bit of modeling on the side where she gets to sport more girly outfits and it's experiences like that that help her explore her young, and constantly evolving, sense of style. 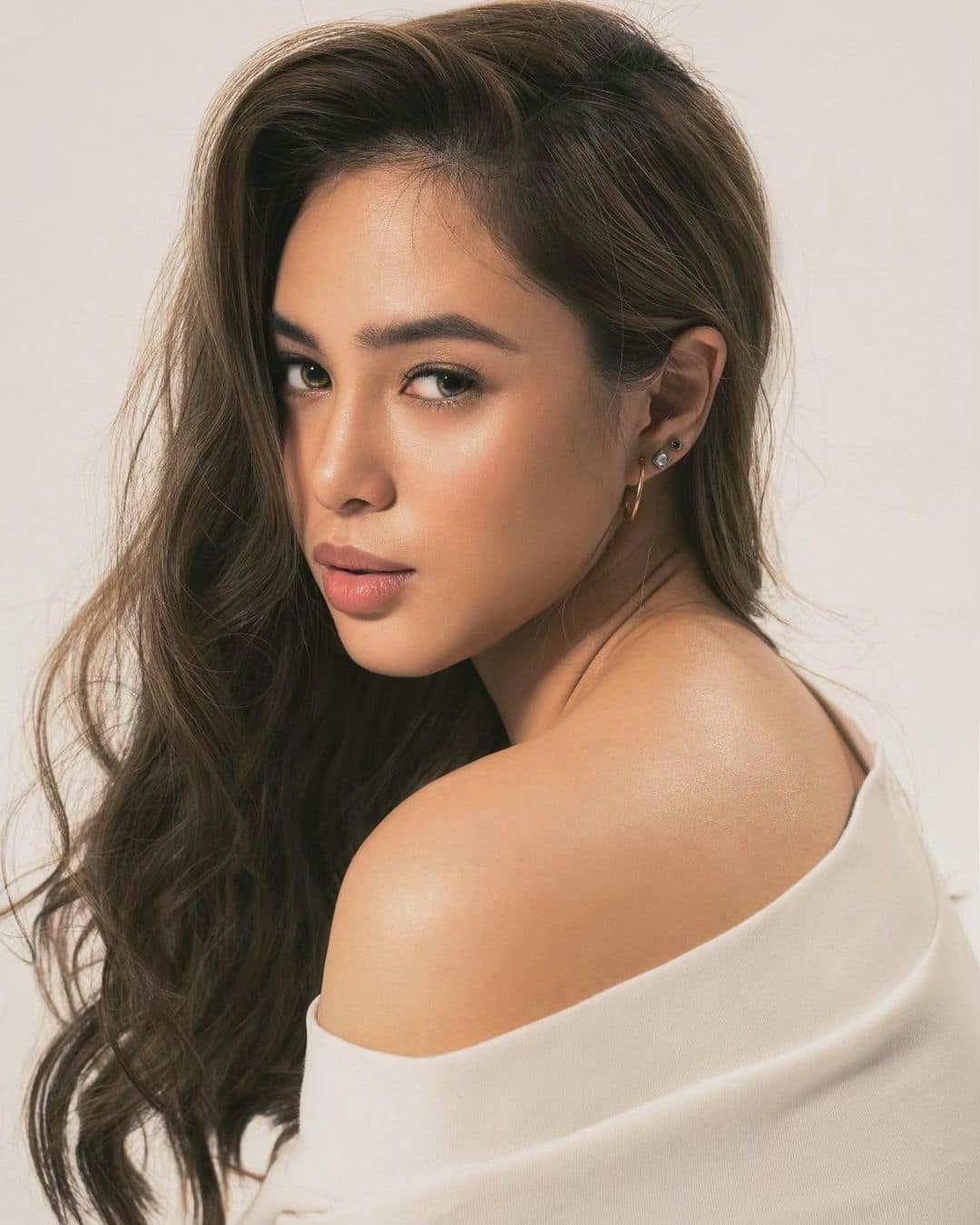 She's a stickler to details when it comes to what she posts on TikTok, hence the hundreds and hundreds of drafts in her phone! Aside from getting the dance moves right, everything else needs to be perfect, too. Her clothes have to be alluring (but not overly sexy), and her hair needs to have just the right amount of bounce and flow—or else she does everything again, from scratch, no matter how tiring it is to keep doing the same dance over and over. If it's what it takes to get a post just right, Yukii will put in the work for it. It's why her fandom (it already has a name: Yukiinatics) has dubbed her with a nickname as early as now and believe in her growing talent. They call her Asia's Queen of TikTok, and they shower her with admiration even when she has no big campaigns just yet (she did hint on upcoming projects that she's very excited to reveal real soon). It's flattering for her, yes, but more than that, she takes it as a responsibility to not let them down.

Watch out for fresh episodes of Metro Chats on Kumu's FYE Channel every Thursday, 7PM to 9PM.

EXCLUSIVE: Julia Barretto On Surviving Life And Basking In The Magic Of New Beginnings

Here Are BTS Photos From The Set Of "The King: Eternal Monarch"