The Most Colorful And Curious Easter Traditions All Over The World

Countries all over the world have beautiful and interesting traditions surrounding Holy Week. But with stringent social distancing measures in place, Easter celebrations around the world won't be pushing through as usual.

As we wait for the world to get back on its feet, we look back at some of the most vibrant and curious Easter celebrations of different countries all over the world. Something to look forward to for Easter next year, perhaps?

Stay safe, everyone, and stay home!

Antigua, Guatemala is home to the largest Easter celebration in the world. The week-long celebration commemorates the Passion, the Crucifix and the Resurrection of Jesus, and starts on Palm Sunday with giant floats of the Holy Virgin of Sorrow and Jesus of Nazareth carried by devotees donning purple robes.

On Easter Sunday, colorful alfombras (“carpets”) adorn the streets, made from dyed sawdust pressed through intricately designed cardboard stencils, inspired from biblical symbols, Mayan traditions, and nature. Plants, vegetables, and flowers are used to adorn these colorful works of arts. This will be the path trampled on by the procession and the floats, and within hours, will be remade again. For them, this is their way to honor Christ’s death and do penance.

This week-long Semana Santa celebration attracts tourists every year and has become a part of Antigua’s tourism.

Instead of celebrating it on a Sunday, Poland starts their Easter celebration on a Monday called Smigus Dyngus or “Wet Monday.” And it’s basically that: Getting people wet.

The festival has pre-Christian origins connected to the coming of spring where water has been treated as a symbol of life and renewal. Its Christian roots commemorate the baptism of Prince Mieszko in 966 AD—the prince who brought Christianity to Poland. In the later centuries, the most famous story that tells of the roots of Wet Monday is that boys would be allowed to drench girls with water and hit them (not painfully, though) with branches of pussy willow. As terrible as it may sound, it’s actually quite the contrary and is a way for boys to show affection, with the girl who was drenched the most believed to be married first.

The people of Greece are predominantly from the Eastern Orthodox Church and they still celebrate an Orthodox Easter following the Holy Week. Preparations for Easter Sunday start on Thursday as homes bake traditional tsoureki (a type of fragrant Easter brioche) and lamprokouloura (Easter cookies). On Friday, a procession takes place with an Epitaphios (a wooden canopied bier representing the tomb of Christ). In Hydra, they carry their Epitaphios into the sea.

During Holy Saturday, people gather in the church for a midnight mass, bearing white candles. When the clock strikes 12, the priests call out “Christos Anesti” (means “Christ is risen”) and proceed to light the candle of each person, one after another. It is customary to carry the candle back home to bless the house, and then partake in a celebratory feast. In some places like the island of Spetses, fireworks are set off from churches all over the island when midnight strikes. Some also hurl clay pots from their windows and balconies to symbolize the triumph of Jesus over death.

On Easter morning, expect a whole roasted lamb or goat prepared on the spit or in the oven. 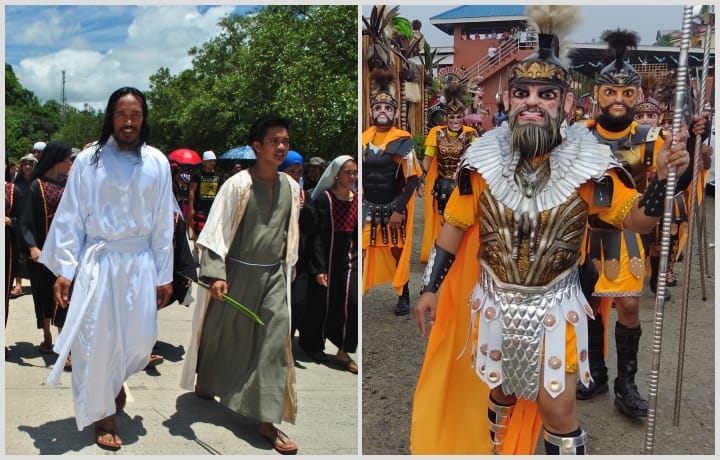 A popular part of the Bermudian tradition during their Holy Week festivities is the flying of homemade kites on the beach. These kites are typically hexagonal in shape, colorful, and made using traditional, geometric designs. They are flown to symbolize Christ’s resurrection.

Royal Gazette
@cocoreefbermuda
@cocoreefbermuda
Another typical part of their Easter tradition is eating codfish cakes and hot cross buns. It’s customary to eat the codfish and potatoes for breakfast on Easter Sunday before heading out to church or after attending a sunrise service.
Bermuda.com

The celebration of Holy Week and Easter is huge in Italy, with the days leading to Easter filled with solemn processions and masses. Each city has different traditions and events they uphold.

In Sicily, they have a large event on Good Friday where thousands of friars dress up in ancient costumes and walk through the streets, carrying statues of Jesus and the Virgin Mary. In Florence, they’ve been holding the Scoppio del Carro (explosion of the cart) for 300 years now. A huge, decorated, fireworks-filled wagon pulled by a white oxen from S.S. Apostoli to the Basilica di Santa Maria del Fiore, is then lit up by the archbishop using a dove-shaped rocket. This tradition dates back to their pagan rituals of ensuring good harvest.

Visit Sicily
Visit Tuscany
And the celebrations don’t stop on Sunday. The Easter Monday is known as La Pasquetta, which is a time for people to enjoy the outdoors after the solemn and reflective Holy Week. Italians usually head out for a picnic, bringing the leftovers from the Easter feast. Some towns hold traditional games such as the Cheese Roll, where a 9-pound round of Pecorino cheese is rolled through the city. The fastest to roll the cheese wins the whole round! Some, like the village of Tredozio, hold egg-based games such as raw egg battles and hard-boiled egg eating contests.
Weekend in Italy blog
Weekend in Italy Blog

Take An Online Visita Iglesia Tour With These 21 Silent Sanctuaries In Luzon, Visayas And Mindanao

Easter in Australia is characterized by plenty of festivities and a celebration of their bountiful harvest, with different states having their own unique ways of celebrating Easter through huge events. In the Australian Capital Territory, Canberra hosts the National Folk Festival, where there are over 20 stages showcasing world-class artists, hundreds of concerts and food vendors. In Queensland, the Easter Vintage Festival is held, which takes you back in time to experience the early days of colonial settlement.

Easter Vintage Festival
Easter Vintage Festival
But certainly the biggest of them all is the Sydney Royal Easter Show, a two-week annual show that encompasses the Easter long weekend. First held in 1823, the society mounting the event even got the blessing of Queen Victoria to use the word “Royal” in its name. Every year, millions of people come to attend the event, which is a celebration of Australian culture, both rural and modern. Expect agricultural competitions, animal experiences, live entertainment, carnival fun, and shopping.
Australia.com
Australia.com
Australia.com 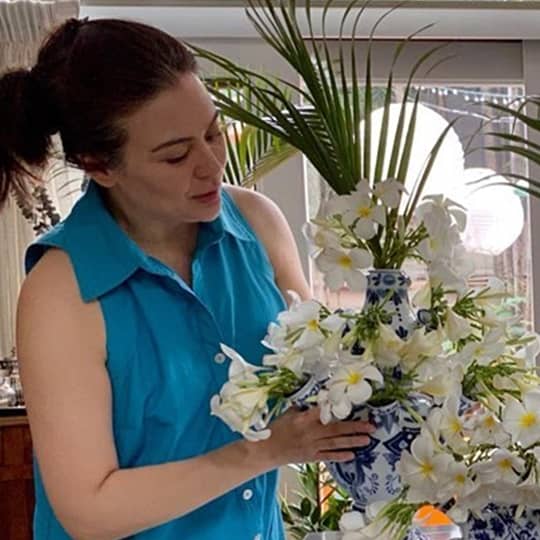