Once a year, I make it a pojnt to reserve one weekend in March to attend the much anticipated Reservations in Paradise. This year, lovers of food and wine were treated to a one-of- a-kind gastronomical journey, featuring sunset cocktails, a champagne garden brunch, sumptuous banquets and an exquisite dinner prepared by six featured chefs (12-hands dinner) under the stars. Shangri-La’s Boracay Resort & Spa, in partnership with wine distributor Bacchus International Inc., celebrated its 9th iconic three-day culinary and wine affair, Reservations in Paradise last March 2020.

The first evening of Reservations in Paradise started with cocktails at the picturesque Beach Villa, followed by a sumptuous dinner set-up at the resort’s Banyugan Beach. Guests witnessed the chefs in action as they prepared the evening’s meal, starting with exquisite hors d’oeuvres, a main course of giant bouillabaisse with a variety of John Dory fish, red mullet, Scorpion fish, prawns, clams, crabs, mussels, seabass, saffron potatoes, rouille sauce and cheese, and desserts featuring vanilla crème brûlée, and Floating Island, all paired with wines from Henri Bourgeois. The dinner culminated with a spectacular dessert showcase, headed by the resort’s culinary team and guest chefs. 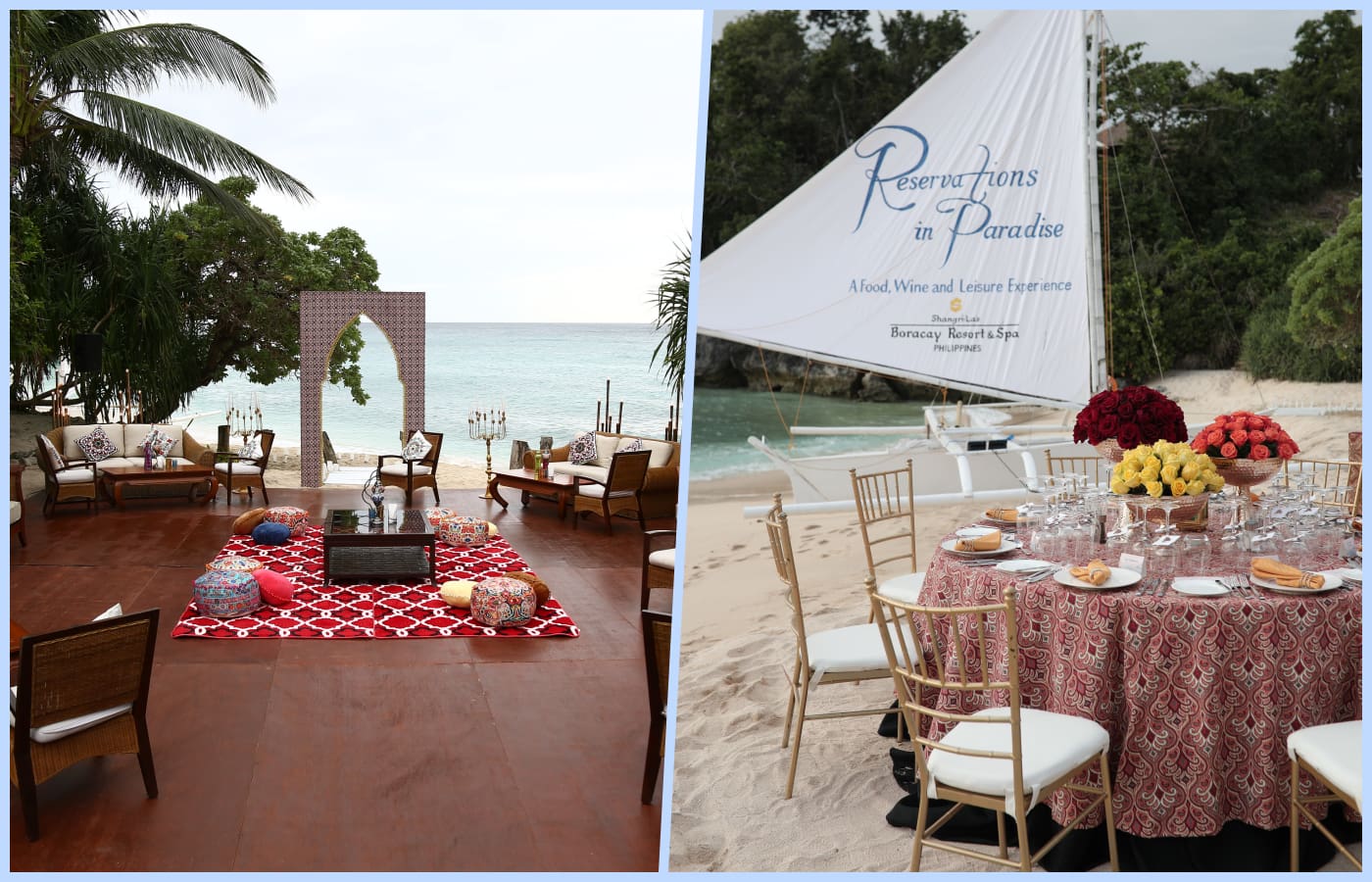 On the last day, a hearty breakfast spread awaited guests at the Sirena Seafood Restaurant & Clifftop Bar before departure. As we left the resort reminiscing about the weekend , we were already planning for next year’s Reservations in Paradise.

Reservations in Paradise is a highly acclaimed food and wine weekend created by the resort’s team of dedicated hospitality professionals. Follow Shangri-La’s Boracay Resort & Spa on Facebook and Instagram @ShangriLaBoracay. For inquiries and reservations on the resort, log on to www.shangri-la.com.

Exploring The Vintage Side Of New Zealand Carved By An Earthquake